The model, 38, was pictured floating in a pool in a doughnut inflatable wearing a candy-pink cossie as she copied pool scenes from the ITV2 hit. 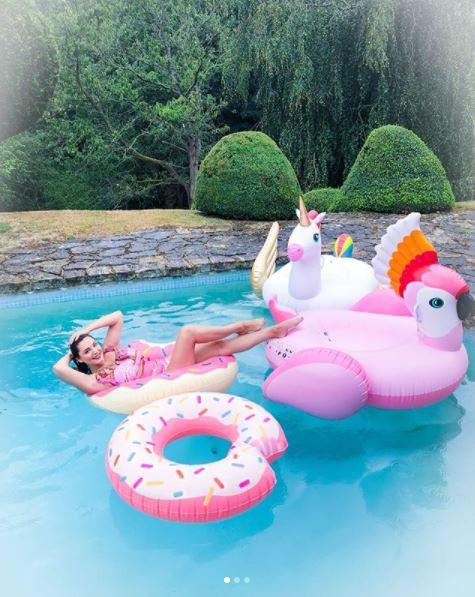 She revealed she spent the whole day outside and only came indoors to watch Monday's final episode.

She wrote: "I simply love having fun in the sun and only come indoors to see my favourite show, #LoveIsland, and tonight's the night! The final!…"

The picture shows Kelly floating in the water alongside a pink parrot inflatable, a unicorn and another doughnut. 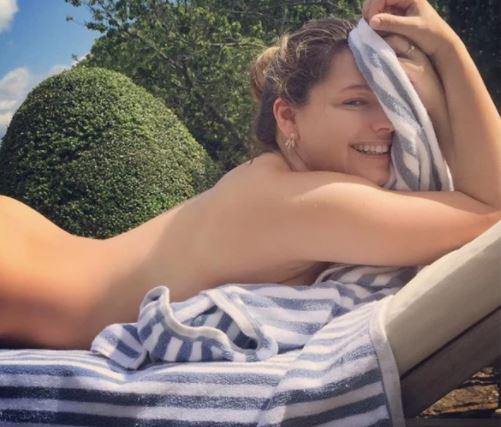 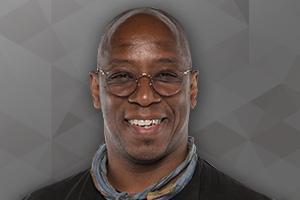 It comes just weeks after it was revealed keen gardener Kelly spends most of her time outdoors nude so she can get an even tan.

The Loose Women star has previously admitted she enjoys sunbathing naked and has posted pictures of herself topping up her tan in her garden.

A source told The Star On Sunday how Kelly revealed she strips off completely apart from her wellies.

They added: “Kelly was also telling everyone how important it is to have a well-trimmed well-shaped bush and keep them stripped back.

“Obviously she was talking about her actual garden and nothing naughty.”