Kristen Stewart's Girlfriend Wishes Her a Happy 31st Birthday: 'You Knock My Socks Off' Kristen Stewart is getting some birthday love from girlfriend Dylan Meyer.

Meyer shared a sweet message to Stewart on Friday, as the actress celebrated her 31st birthday. "Life sure is sweeter with this cute little family. Happy birthday, kiddo. You knock my socks off," the screenwriter captioned a black-and-white Instagram photo of Stewart with their dog.

The pair were first romantically linked in August 2019, six years after they met on the set of a movie. Stewart said a few months into their relationship that she "can't f— wait" to propose.

"I wanna be somewhat reasonable about it, but I think good things happen fast," she said on Howard Stern's SiriusXM radio show that November. "I can't say right now because she'll find out. I have a couple plans that are just the coolest things to do that I don't think … I think it's pretty undeniable." Stewart, who doesn't have any public social media accounts of her own, has made a few appearances on Meyer's Instagram. She even took over her girlfriend's profile in September to urge fans to "vote for your f— lives."

In an interview last October, while discussing how she's juggled her personal life despite massive fame, the actress admitted to being "cagey" about her relationships.

"I felt like maybe there were things that have hurt people I've been with. Not because I felt ashamed of being openly gay but because I didn't like giving myself to the public, in a way. It felt like such thievery," she said during an InStyle interview with her Happiest Season director, Clea DuVall.

"This was a period of time when I was sort of cagey," Stewart added. "Even in my previous relationships, which were straight, we did everything we could not to be photographed doing things — things that would become not ours. So I think the added pressure of representing a group of people, of representing queerness, wasn't something I understood then. Only now can I see it." 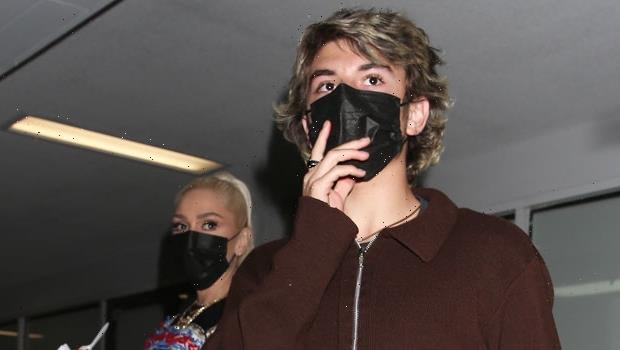