Kylie Jenner and daughter Stormi, 4, play with dolls on her $72M private jet during long flight home from Italy

KYLIE Jenner and daughter Stormi have played with dolls during a private jet flight home from Italy.

Kylie, 24, was in Portofino, Italy over the weekend to attend sister Kourtney Kardashian's, 43, marriage to rock star drummer Travis Barker, 46. 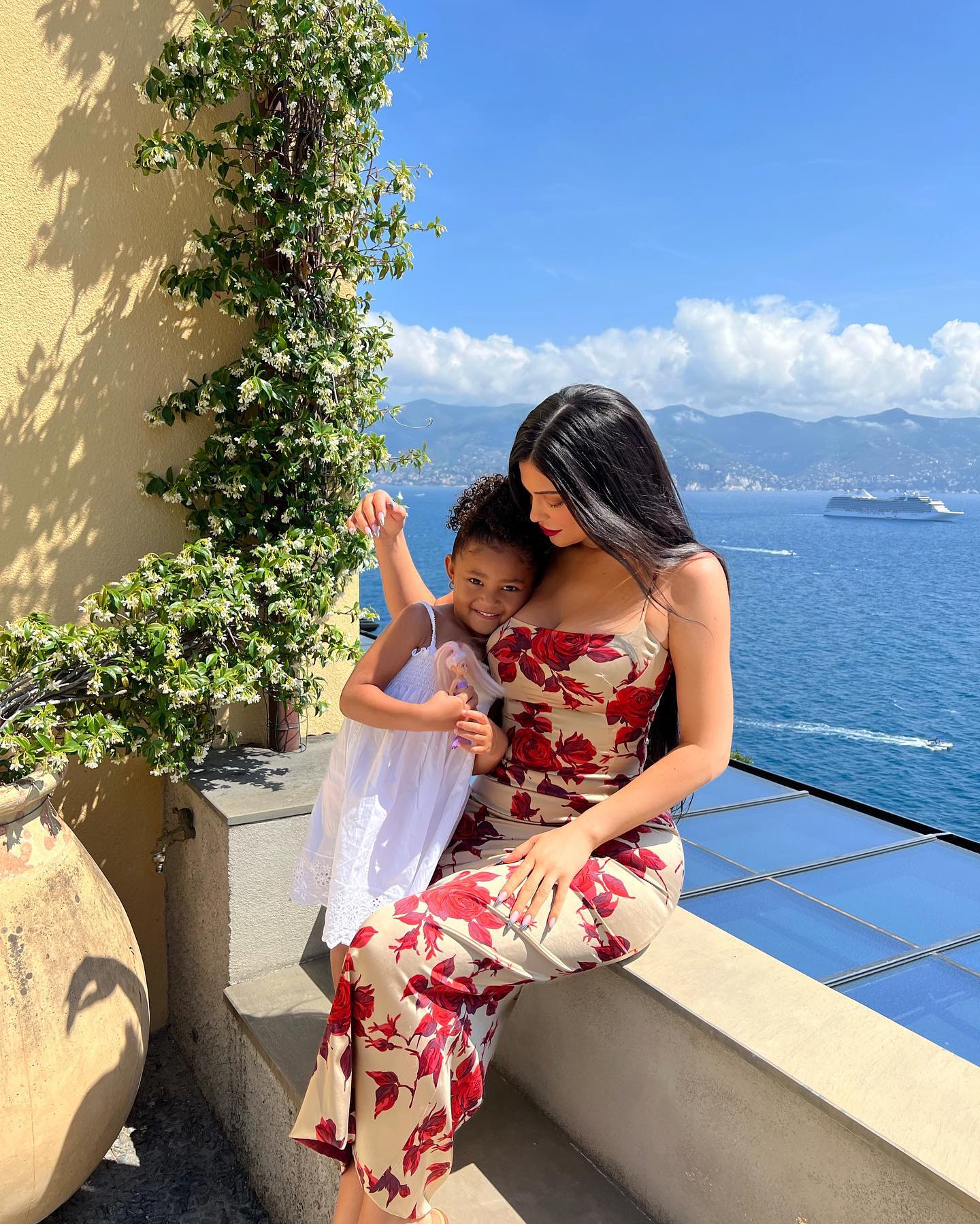 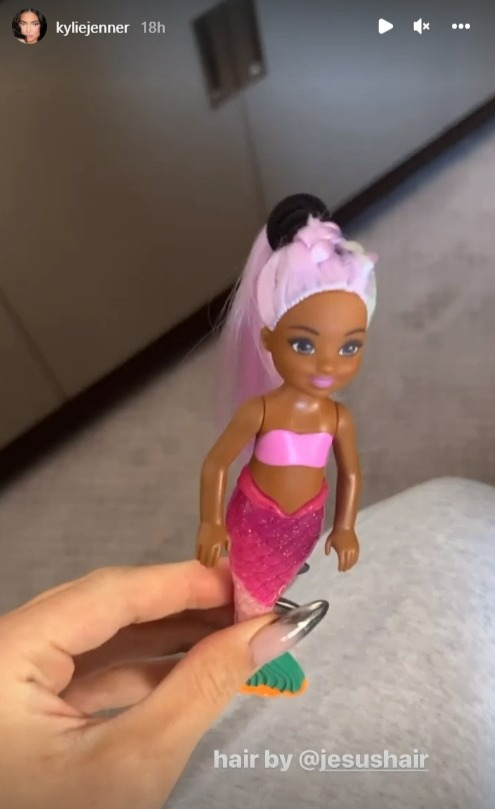 Kylie posted video to Instagram, while aboard her $72M private jet, of her and Stormi, four, playing with the latter's dolls.

Seated across from her hairstylist Jesus Guerrero, the Kylie Cosmetics founder joked, "Gorgeous. Hair by Jesus" while showing off the doll's professional stylings.

Stormi sat beside her, ignoring the views from the window seat, and instead brushed the purple and white hair of a mermaid.

Kylie recently faced backlash before her international flight it Italy for a much shorter, 15-minute flight from one greater Los Angeles city to another. 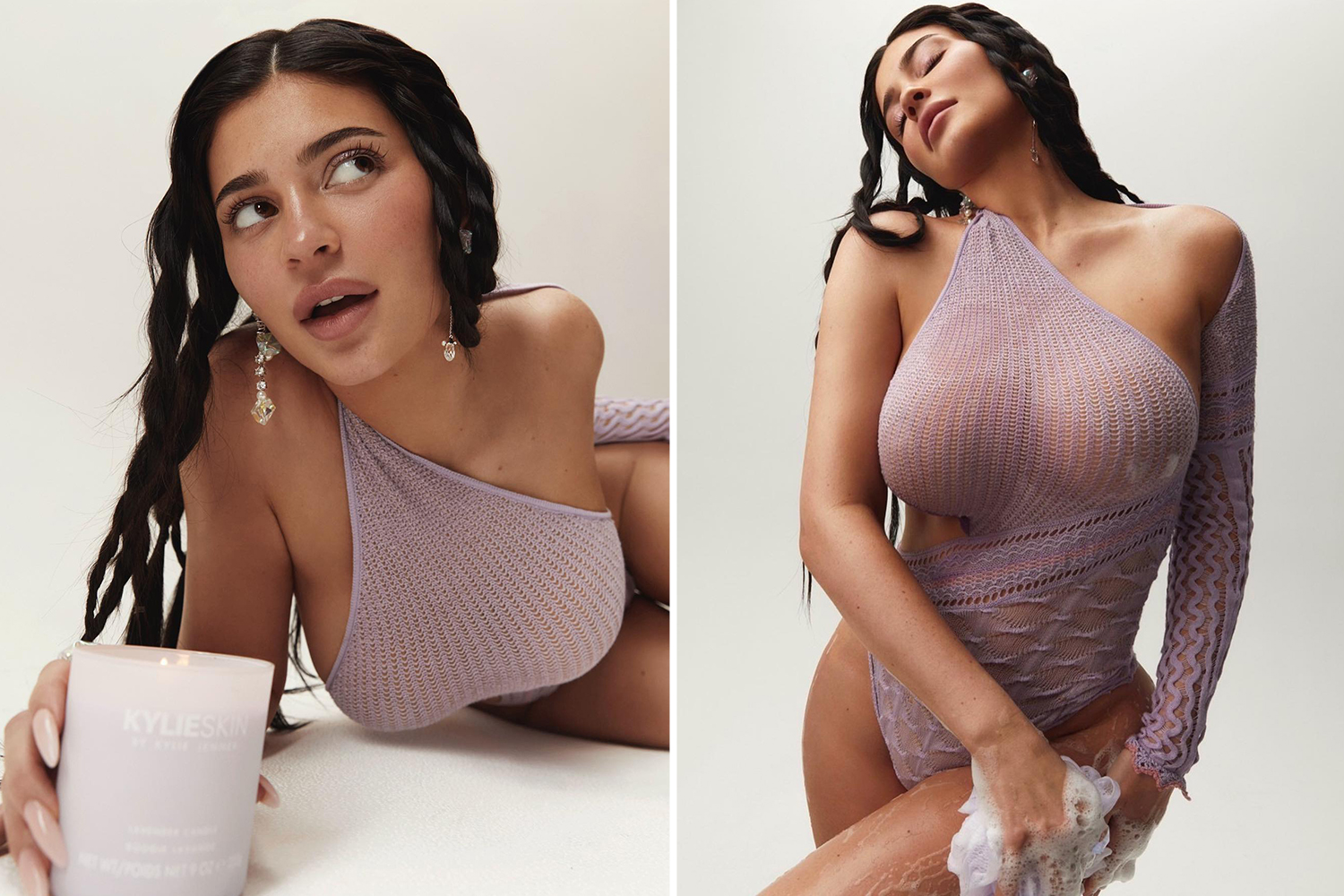 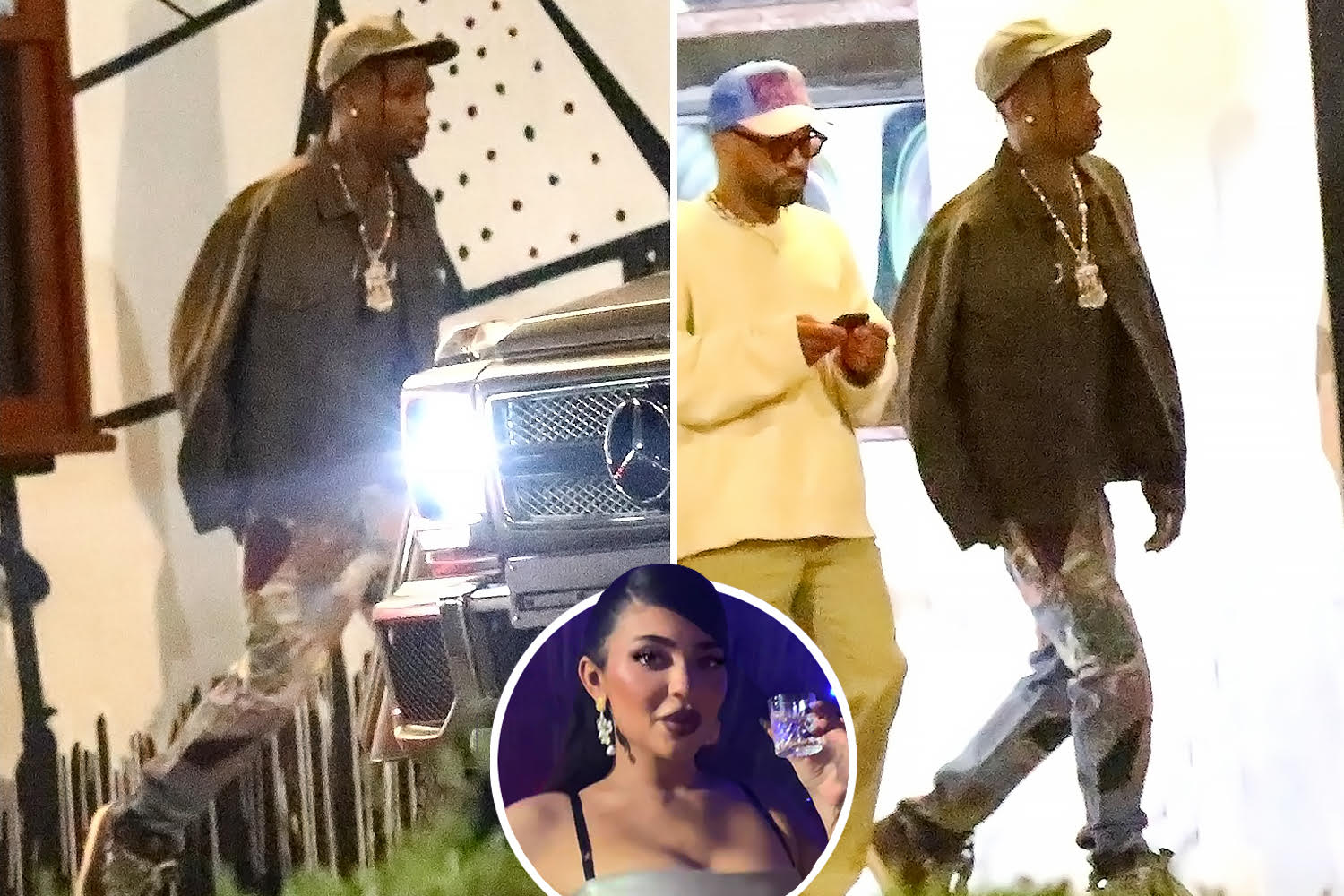 Travis parties without Kylie after he skips Kourtney’s wedding

According to flight-tracking websites, Kylie flew on her $72 million dollar plane from Camarillo to Van Nuys.

That's a distance of just 45 miles. And a flight time of under 15 minutes.

It's also a total of 127 gallons of jet fuel used, and a full ton of CO2 emissions.

On Reddit, fans called out the reality star, calling her and her sisters hypocrites for pretending to care about the environment, then taking gas-guzzling mini trips. 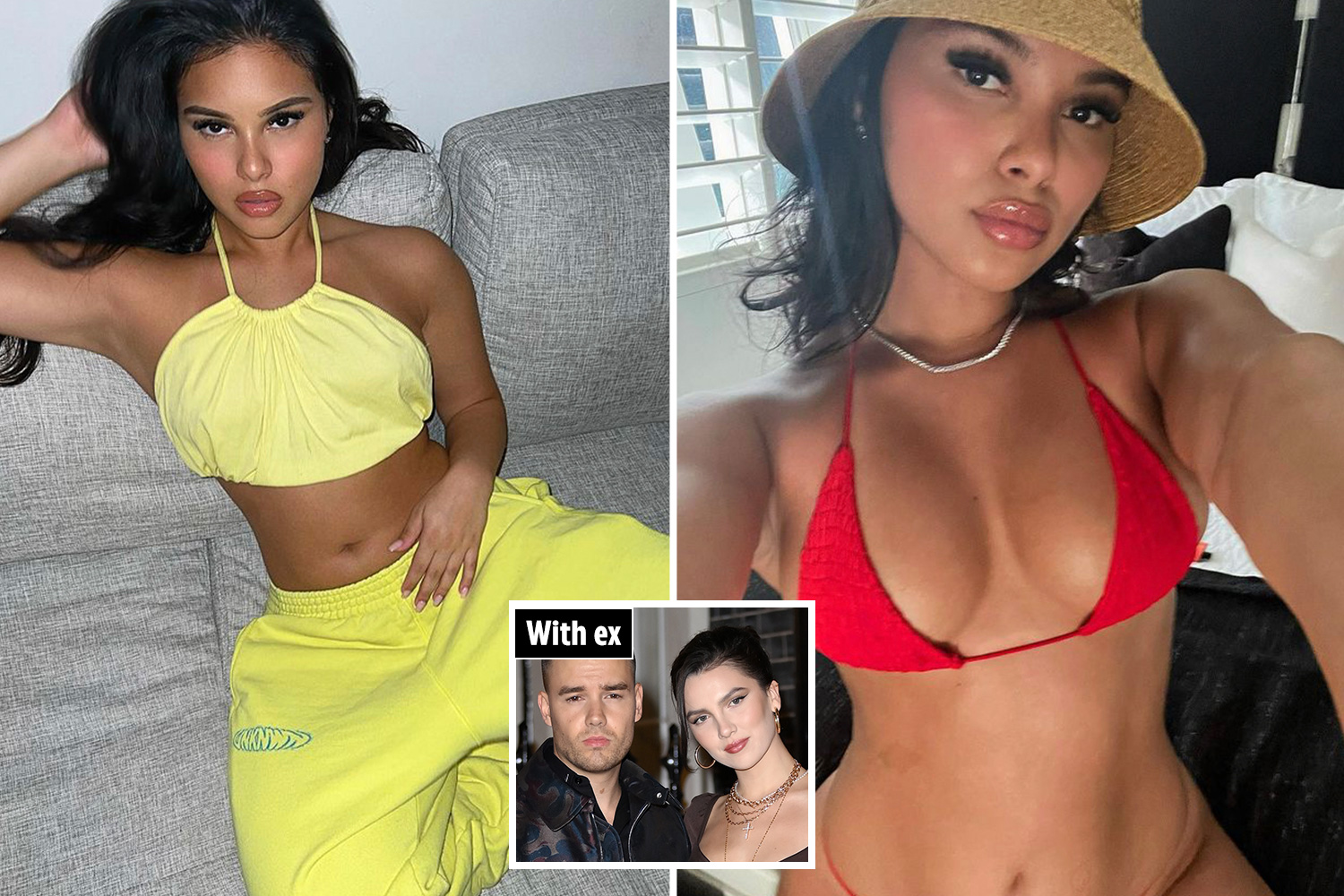 Kourtney's vulgar wedding was the flashiest, trashiest Kardashian moment ever 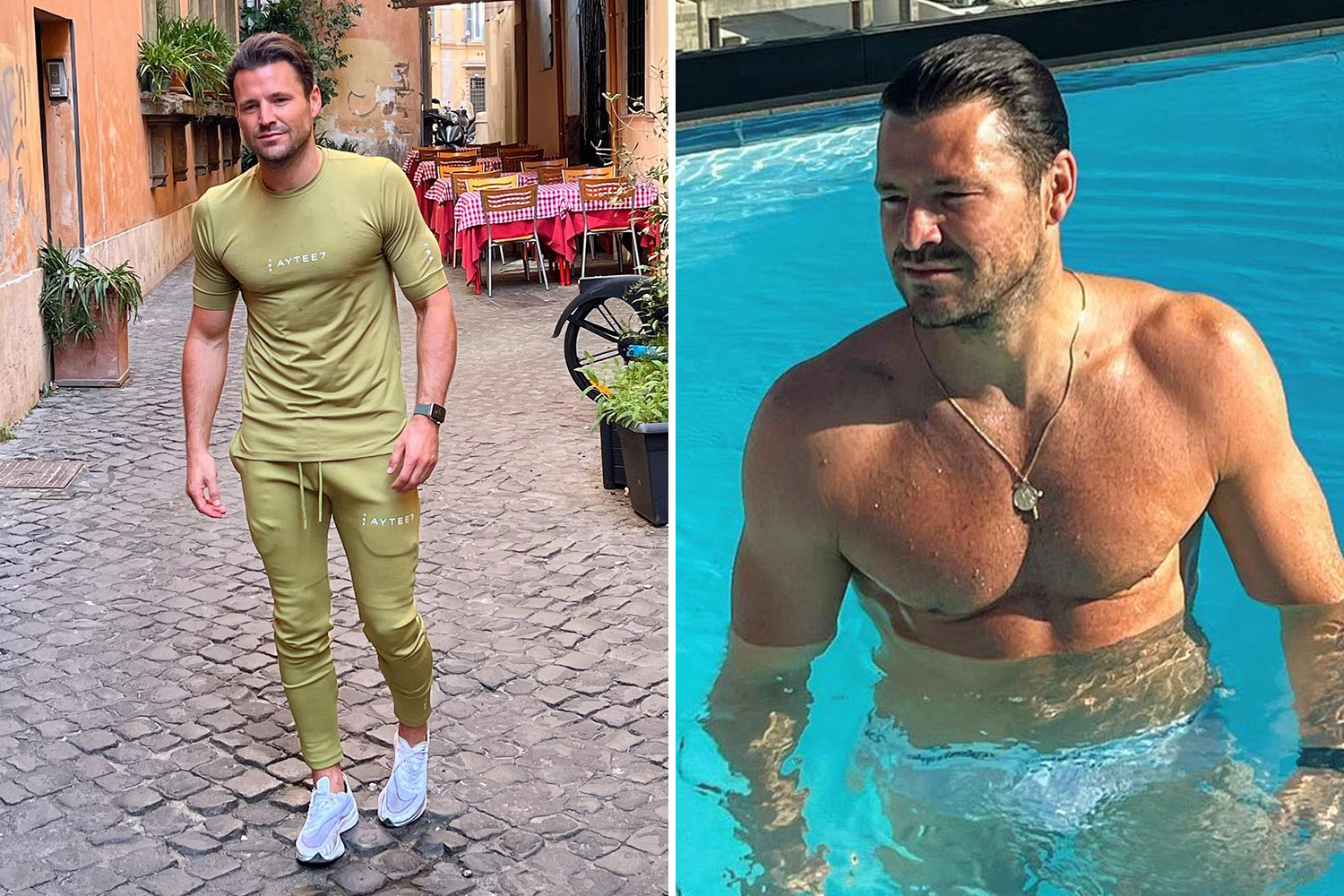 "The fact that I'm still being told that me taking shorter showers, turning off the lights, and recycling is going to do anything to save the planet…" one person wrote.

"How many short showers, dark nights, and recycled bottles will it take to offset a 15-minute flight?"

Another agreed, asking: "At this point, why does (Kylie) even have so many cars?"

One fan was gobsmacked to realize how common these short jaunts are: "For some reason in my mind I pictured them just using (their planes) for vacations and stuff… not frequently taking 15 min flights from one California city to the next."

And one person said it all comes down to class: "The elite have us average peasants thinking it’s our fault the environment is turning to crap.

"They will say and do anything to continue their life of luxury & one sure-fire way to do that is to manipulate the masses and make them argue with each other while they sit back and reap the benefits.

"This is actually disgusting of Kylie and the family in general. They are not the only ultra wealthy either, they are just more flamboyant when it comes to showing off their glamorous lives!"

The outrage comes just a few weeks after Kim was slammed for a similar flight pattern.

On April 30, the SKIMS founder was slammed for taking her multi-million dollar private jet on a 17-minute flight, covering a mere 35 miles, while producing a reported 2 tons of CO2 emissions.

Again on Reddit, fans couldn't believe the reality star would make such an environmentally harmful trip.

"Camarillo to Van Nuys is a 40-60 min. drive," one person posted. "If she really needed to save that time then a helicopter would have more than sufficed."

While another agreed: "Environmental destruction > 40-minute drive I guess?"

One follower asked how the entire family is not ostracized for their behaviors: "The environmental destruction of the Kardashian family is unfathomable."

Kyle recently posted another video of daughter Stormi, this time in an ad for Kylie Cosmetics childcare line KYLIE BABY.

It then focuses on the star of the video as the four-year-old washes, rinses, and conditions her hair.

Stormi first adds bubble bath solution to the running bath water and then lies back into the suds-filled tub to enjoy her handiwork.

She wears a pastel bathing suit, matching the light blues and pinks of the shampoo bottles.

It's then time to wash. as little Stormi scrubs shampoo into her long, curly hair.

She rinses and then repeats the routine, this time with conditioner.

Mommy Kylie assists with the second round of rinsing as a mother's thoroughness is needed to complete that part of the job.

The video concludes with Kylie brushing her daughter's hair and showing the end product of the wash.

The final shot is of Stormi, all clean and happily drying off in her towel.

Kylie fans rushed to the comment section to praise the star of the advert.

One fan wrote, "Watching Stormi wash her hair is too precious".

Another exclaimed "omgg stormi i love you" followed by a line of heart eye emojis.

A third added: "Omg stormi is the cutest!!!"

While one follower asked, "How can someone be so beautiful?" 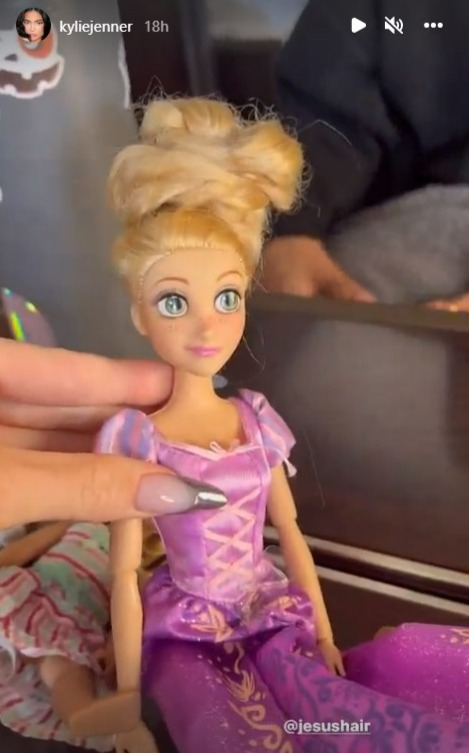 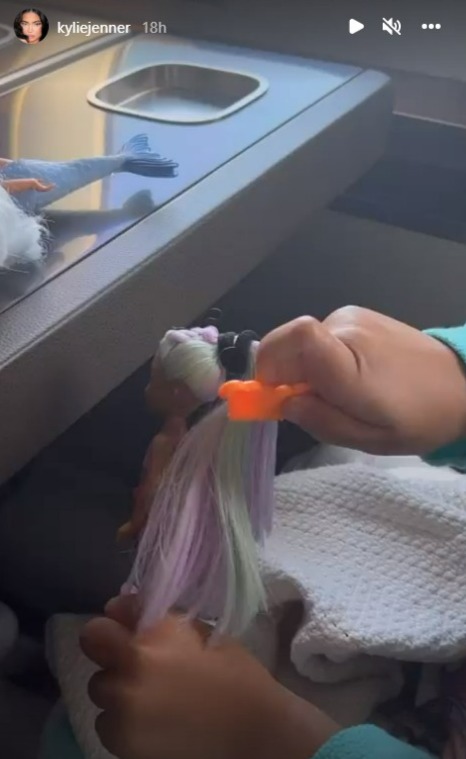 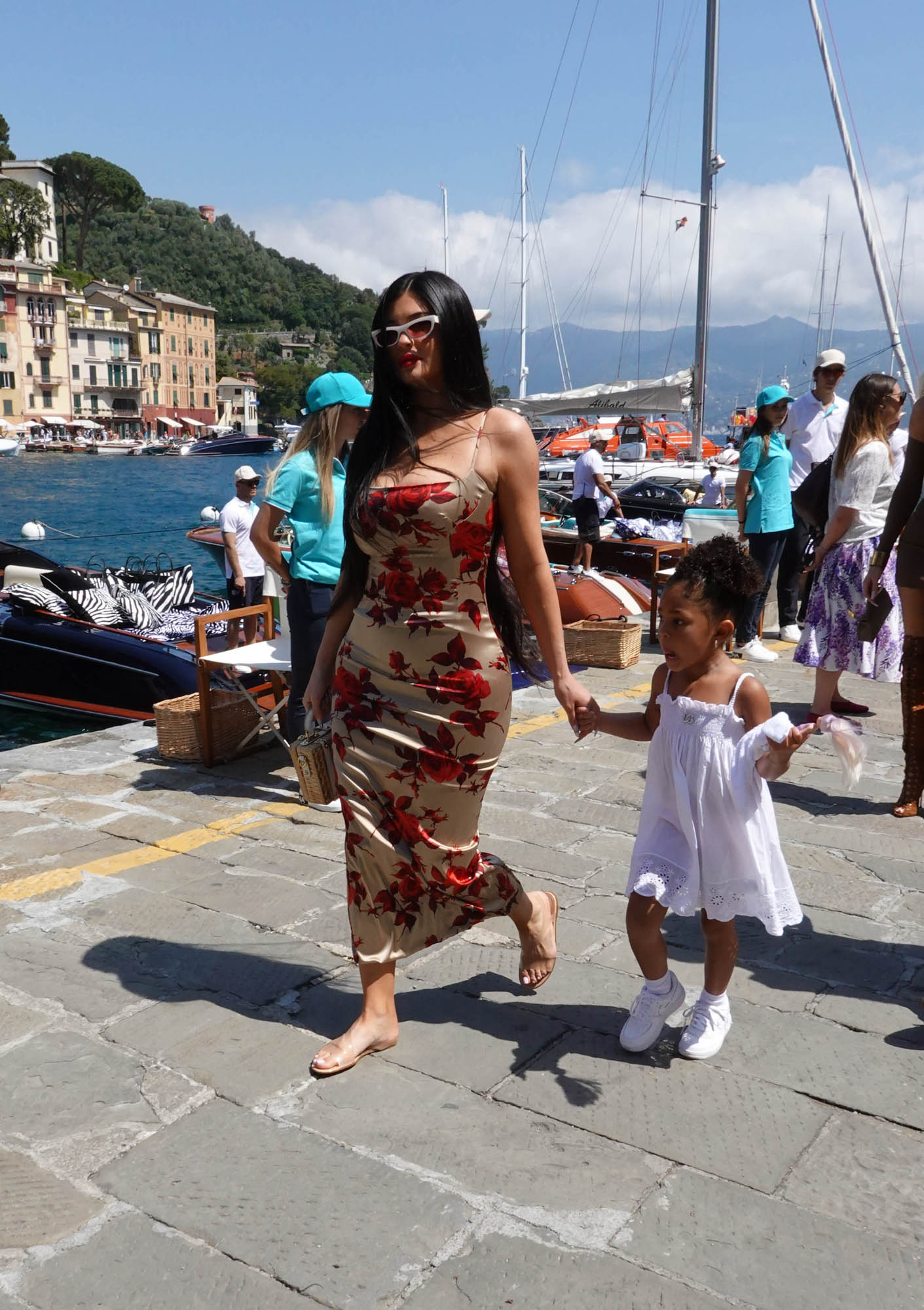