Last Kingdom season 5: Will Uhtred and Aethelflaed stay together?

Last Kingdom season 5 could definitely be on the cards for Netflix, with cast and crew saying they are keen to carry on the story. The series is based on The Saxon Stories by Barnard Cornwell, and it features the Saxon-born Uhtred (played by Alexander Dreymon) who was raised by Danes. In season 4 fans saw a romantic relationship form between Uhtred and the Saxon Lady of Mercia – Aethelflaed (Millie Brady).

WARNING: This story contains spoilers for The Last Kingdom

Will Uhtred and Aethelflaed stay together?

Season four began with a very intimate scene between Aethelflaed and Uhtred, after the Lady of Mercia declared her feelings for the Dane Slayer.

Uhtred has always respected Aethelflaed and he sees her as a strong and powerful leader of her people, especially in battle.

The unlikely couple formed a romantic relationship in the latest season and their feelings for each other became known to others.

However, their relationship had its ups and downs when Aethelflaed was forced to choose between the man she loved and her people.

Following the death of her abusive husband Aethelred (Toby Regbo), there was an argument over who should take his place. 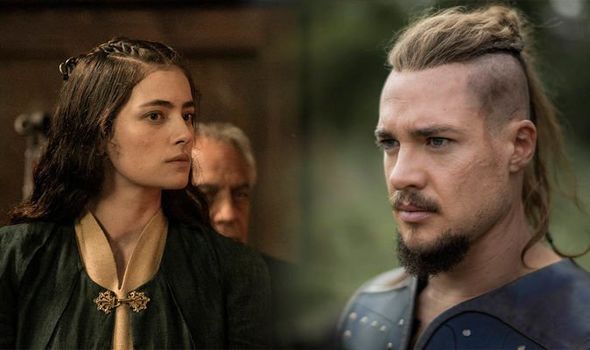 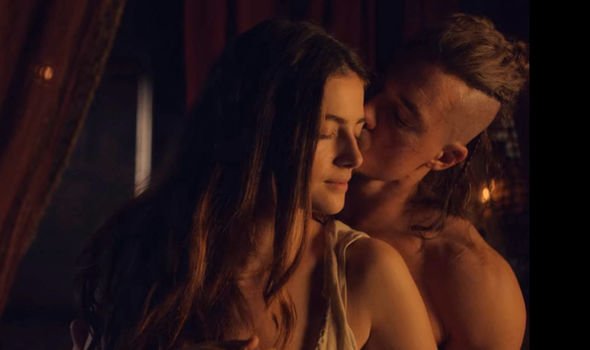 Whilst some felt Uhtred should lead the Mercians and co-ordinate the fighters in battles, Aethelflaed thought it was the wrong decision.

In the end, Uhtred said he would like to make Aethelflaed Lady of Mercia, and leave her in charge of the kingdom.

Later on in the series, during the siege at Winchester, Aethelflaed and her brother King Edward (Timothy Innes) went against Uhtred by selling off his daughter Stiorra (Ruby Hartley) to the Viking warlord (Sigtryggr).

However once Uhtred had found out Stiorra had gone willingly with Sigtryggr, it seemed Aethelflaed and Edward were forgiven and Winchester was saved for the time being. 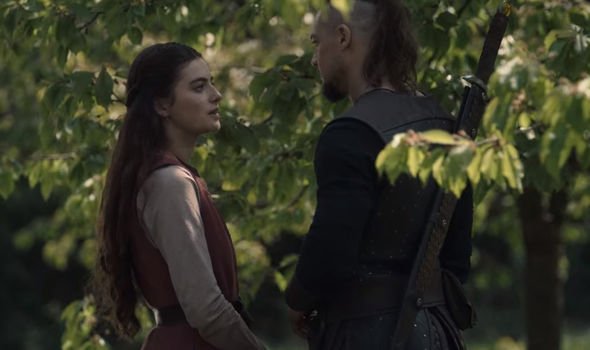 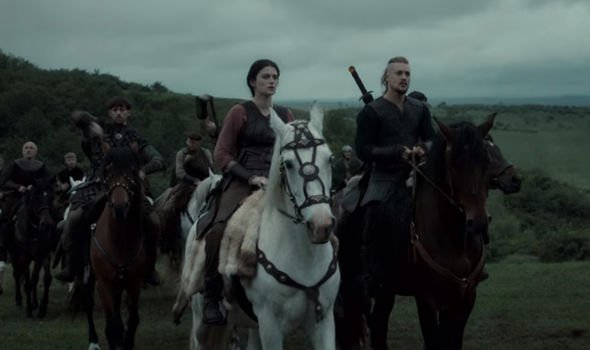 The season ended with Uhtred leaving alongside heir to the Wessex throne, Aethelstan (Caspar Griffiths), and no sign of Aethelflaed.

The Lady of Mercia will most likely stay with her brother to help keep their kingdoms safe from another Dane attack.

There is an emotional goodbye during which Uhtred vows he will always answer Mercia’s call as long as Aethelflaed is on the throne, and he has been true to his word.

Fans are wondering whether there will still be a relationship between the two in season five, as Aethelflaed swore an oath to end her romance with him.

Uhtred understands she has a huge responsibility and she will always put her people before herself and her happiness.

Fans have taken to Twitter to share their thoughts on the relationship between a Saxon Lady and a Dane warlord.

Another viewer added: “#TheLastKingdom better give #UhtredandAethelflaed the strong happy endings they deserve together. Their marriage should be what unites the kingdoms.”

Executive producer Nigel Marchant said in an interview with Radio Times that a new season would focus on how England became a united country.

There is a chance Uhtred and Aethelflaed will work together to fulfill the dream, but it may not be in a romantic sense.

The series has deviated from the books in terms of relationships, as fans have revealed Uhtred and Aethelflaed remained a couple of a while, before separating.

The books then go on to reveal Uhtred ends up in a relationship with Eadith (Stefanie Martini) – however, in the series it seems Eadith has taken an interest in Uhtred’s friend Finan (Mark Rowley).

Uhtred’s character is loosely based on the real-life Uhtred the Bold who was an ealdorman of Northumbria in the 11th century.

Aethelflaed’s character is also based on a real ruler of Mercia from the year 911 – but there is no mention of Uhtred in her history.

Winter Is Coming spoke with Alexander Dreymon who told of the relationship Uhtred shares with Aethelflaed.

He said: “It’s a difficult relationship because there’s this thing between them, they can’t actually be together and that’s tough to navigate. But she gives him the warmth that he needs to keep going.”

The Last Kingdom is available to watch on Netflix now