Indie filmmaker Debra Granik is known for tackling untold stories from the corners of America we rarely see on the screen – from battles with addiction in small town USA to the crime and grinding poverty of rural communities rife with deprivation.

She’s also known for bringing some incredible actresses to our attention – first Vera Farmiga in 2004’s Down to the Bone, and then most notably in 2010’s Winter’s Bone, which starred a then-unknown Jennifer Lawrence. Perhaps you’ve heard of her.

Granik has done it again in Leave No Trace (which premiered at Sundance 2018) – this time recruiting 17-year-old New Zealand actress Thomasin McKenzie for what is only her third movie. The film confirms once against the writer-director’s eye for new talent, and although it bears a visual resemblance to her previous movies, the tone of the movie might surprise you. 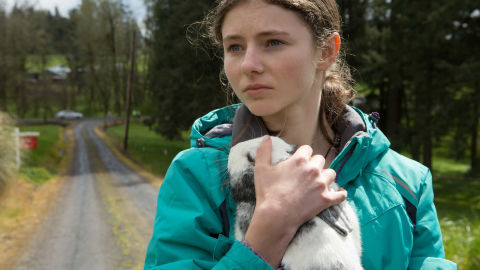 In other words, there is more hope in Leave No Trace – and less subsistence on squirrels.

Adapted from Peter Rock’s novel My Abandonment, the movie begins with young Tom (McKenzie) and her father Will (Ben Foster) living rough in the woods. Well ‘rough’ isn’t quite the right word – they have a pretty sweet and slick setup for a teenage girl and grown man who spend every night in a tent. But of course, the world comes to impinge on their isolated existence.

We hesitate to say more about the plot, not because #GranikDemandsYourSilence or anything like that, but because part of the pleasure of watching this film is in seeing it unfold and piecing together exactly who Tom and Will are and how they find themselves in this position. Nor does the story lead in the directions you might expect. 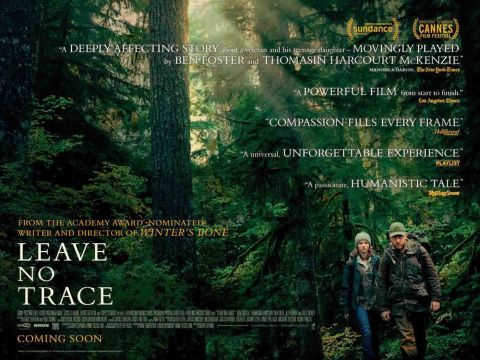 As we’ve come to expect from a Granik production, McKenzie steals the show. Naturalistic but not mumblecore, she quietly fills the screen and absorbs all your attention. She bears a striking resemblance to a young Jodie Foster, and like Foster early in her career, feels more mature than her years should allow. And the ever-watchable Ben Foster completes a strong pairing for a movie that is 90% focused on its two stars.

Leave No Trace feels very much like a companion piece to Winter’s Bone, shifting from the Ozarks to the forests of the Pacific North West but continuing the themes of living poor and close to nature. But where Winter’s Bone paints a bleak picture of deprivation and crime, the new movie is at its heart brimming with affection for humanity. Everyone here is trying to do what’s right as far as their own limitations will allow. 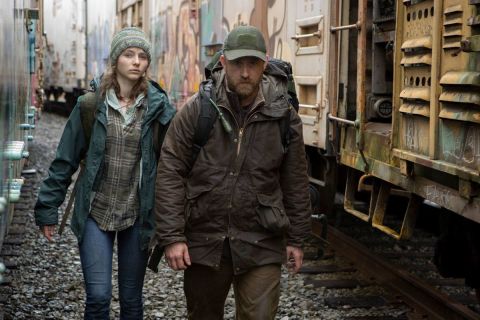 The movie explores ideas of opting out and people who struggle to fit into the ‘modern world’ – and the beautiful setting amid the redwoods of Oregon and Washington leave us half-ready to swap our 9-to-5s for a life in the great outdoors (the other half is too attached to hot showers).

The success of Winter’s Bone will surely have all eyes turned to Leave No Trace – and the film delivers on expectations while at the same time defying them. And judging by both her talent and the Debra Granik seal of approval, we would say that Thomasin McKenzie is one to watch out for.