Let's Obsess Over The Masked Singer Together 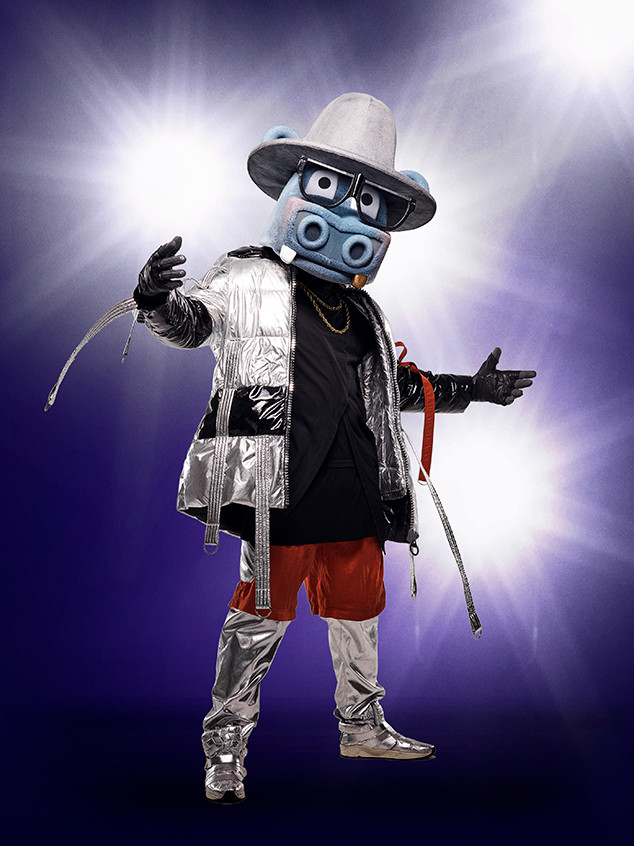 Well that was everything we hoped it would be, sorta.

We’ve been pretty excited for The Masked Singer, the bonkers new Fox show about secret celebrities performing in elaborate costumes, ever since it was announced, and tonight we finally got to find out who one of those secret celebrities was. We literally had to wait until tonight, despite having screeners for weeks, because the screeners cruelly blurred out the reveal, leaving us to wonder endlessly. Who was that hip hop hippo?

After he lost his battle with the Peacock, the Hippo ended up landing in the bottom three, and was beat by the Monster and the Deer. He was then unmasked and revealed to be…Antonio Brown of the Pittsburgh Steelers! And also of Dancing with the Stars!

Tonight’s premiere also introduced us to the Peacock, the Unicorn, the Monster, the Deer, and the Lion, and gave panelists Robin Thicke, Jenny McCarthy, Ken Jeong, and Nicole Scherzinger a chance to guess each of them. 90% of the guesses were, quite honestly, terrible, but we suddenly forgot the names of all celebrities when we were trying to guess, so we would not have done all that much better. (Though we will swear we guessed Antonio right, even if we told no one and didn’t write it down.)

We’ll get to all the other clues we got tonight in a minute (we’re gonna try to keep track each week), but first we’ll just say we are fully invested in this insanity already and desperate to find out who each and every singer is, and just how wrong that panel is. If Lady Gaga ends up being the gold lion who sang a Fergie song, we may just have to up and quit.

For now, check out our gallery of the full cast of singers, including every clue we’ve been given so far, and come back next week to do this once again! 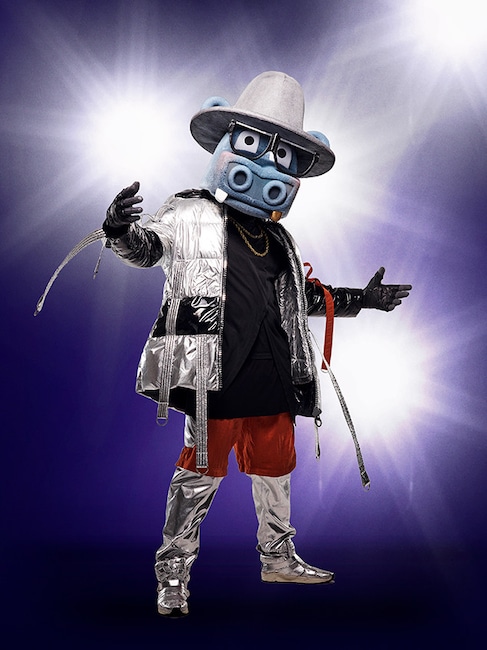 The Clues: Male, breakfast is the most important meal of the day because he needs his strength, he’s one of the most dangerous animals in the kingdom, used to performing in a mask in front of thousands of screaming fans, has to dance whenever he wins even when it gets him in trouble, drinks orange juice, has a lot of money, and his favorite past time is bowling 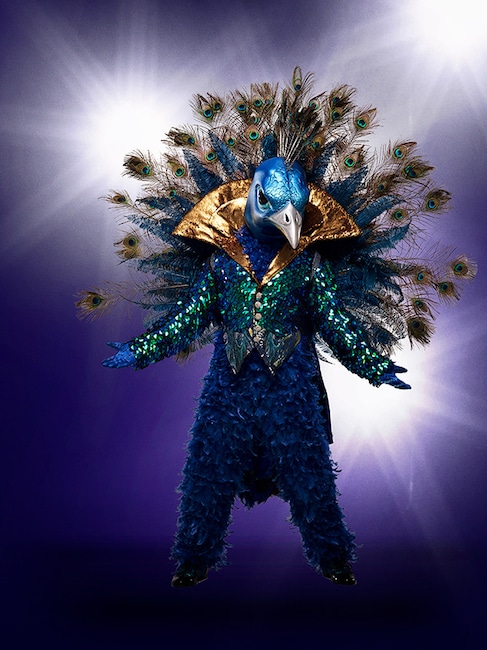 “It’s probably been a while since your mom had a poster of me on her bedroom wall.”

The Clues: Male, he’s a monster because that’s what the world labeled him, here to rewrite his mixtape to prove that he’s more than just “puff and fluff,” was at the top of his game but the game turned on him so he retreated into a cave to take a break from the public eye, now here to set the record straight to show the world that no one can stop him, says he’s not a professional singer “to everyone” 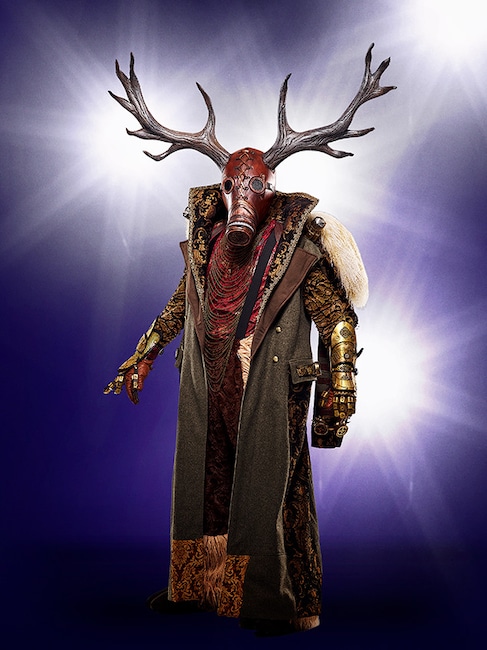 The Clues: 6’3″, Chose the deer because they’re incredibly competitive, always considered himself a singer but not sure anyone else would agree, says it’s hard for people to get past who he is and what he’s known for, he’s been knocked down fifty times, but in the Wild Wild West you learn how to get up and get back in the saddle, likes horses, had to wrap his antlers in medical tape. He also said “Ravens beware,” and had to “take the fifth” when the panel asked if he played in the NFL. 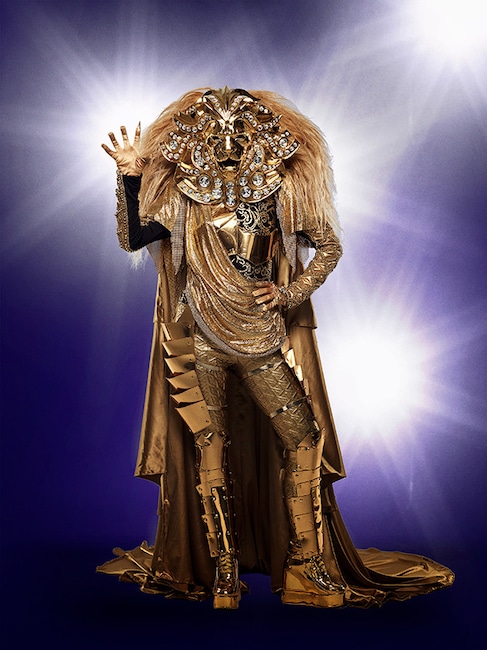 The Clues: Some might say she’s “Hollywood royalty,” but she’s her own person who’s stepping away from her pride to sing her heart out, says there are “lots of women” in her pride 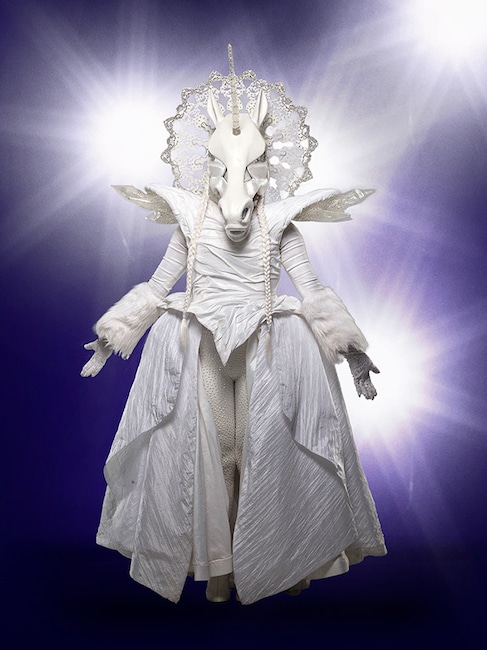 The Clues: Born in Beverly Hills and should have had a magical childhood, dreamt of singing but someone she admired called her tone-deaf, people always told her she wasn’t good enough, wants to prove that you can be yourself, and all you have to do is believe. Not the best voice, but not bad.

“They call me Bird.” 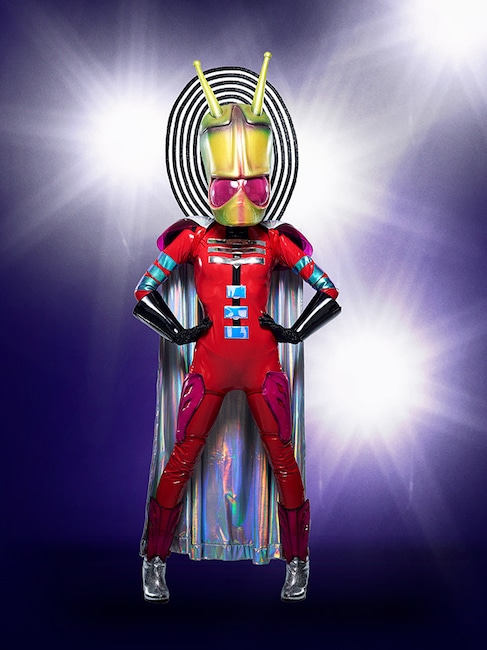 We bet this Invade Zim-eseque alien is a woman just based on the positioning and stance of the legs. 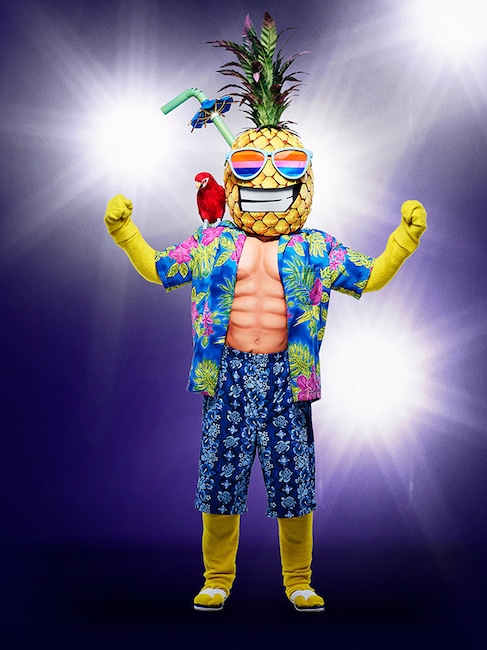 Is this The Situation from Jersey Shore? 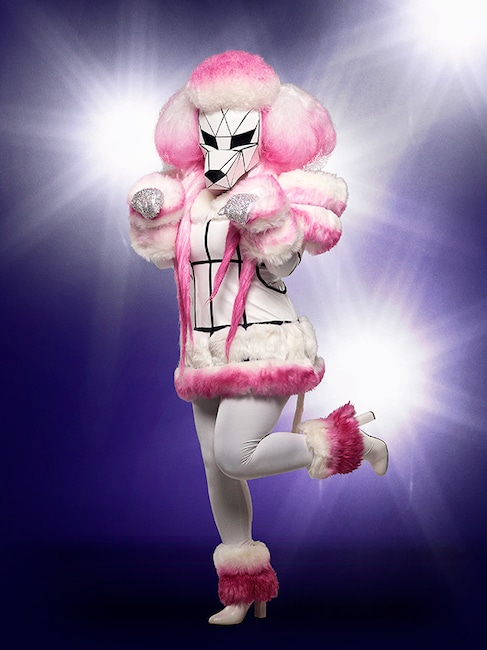 Not a fan of this robot dog’s look. 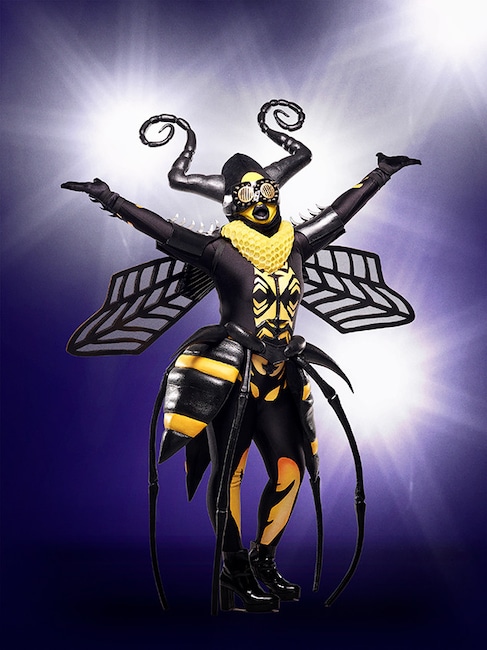 Imagine encountering this Bee on a street when you had a buzz? 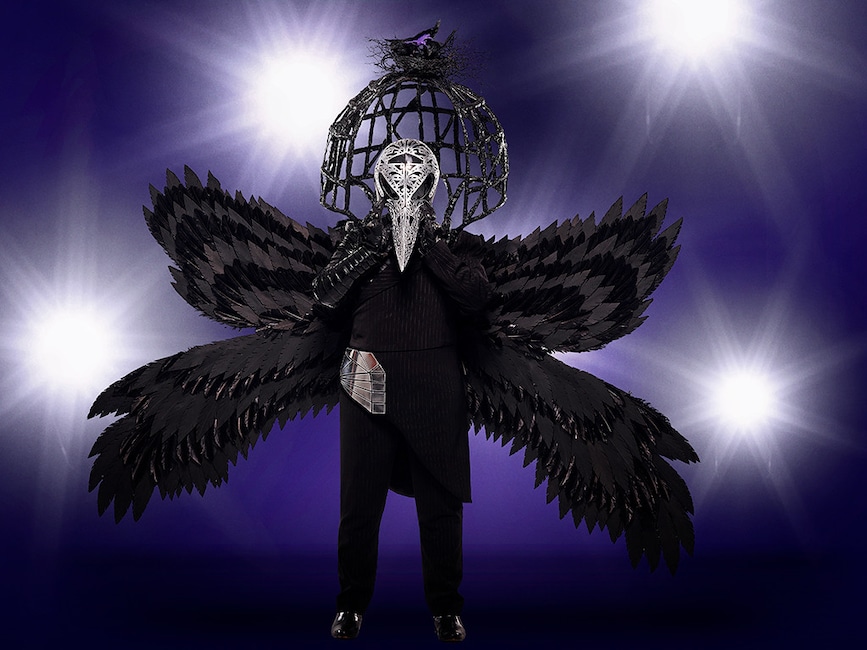 That’s so a creepy Raven.

The Masked Singer airs Wednesdays at 9 p.m. on Fox.