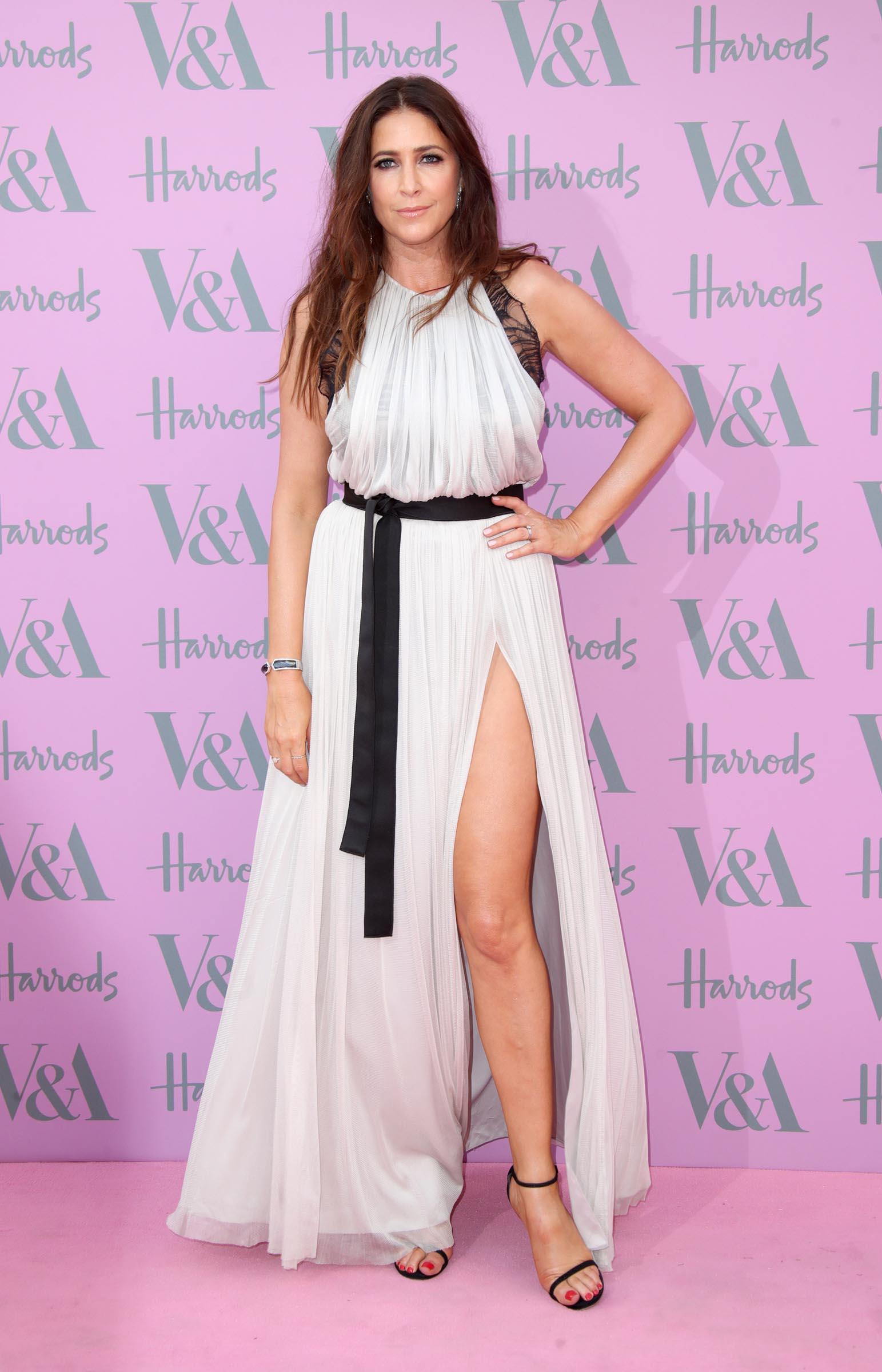 Lovely Lisa flashed some leg in a gorgeous Grecian gown.

She was perhaps preparing to wear white for her upcoming nuptials to fiancé.

The radio host completed the bridal look with a touch of black. 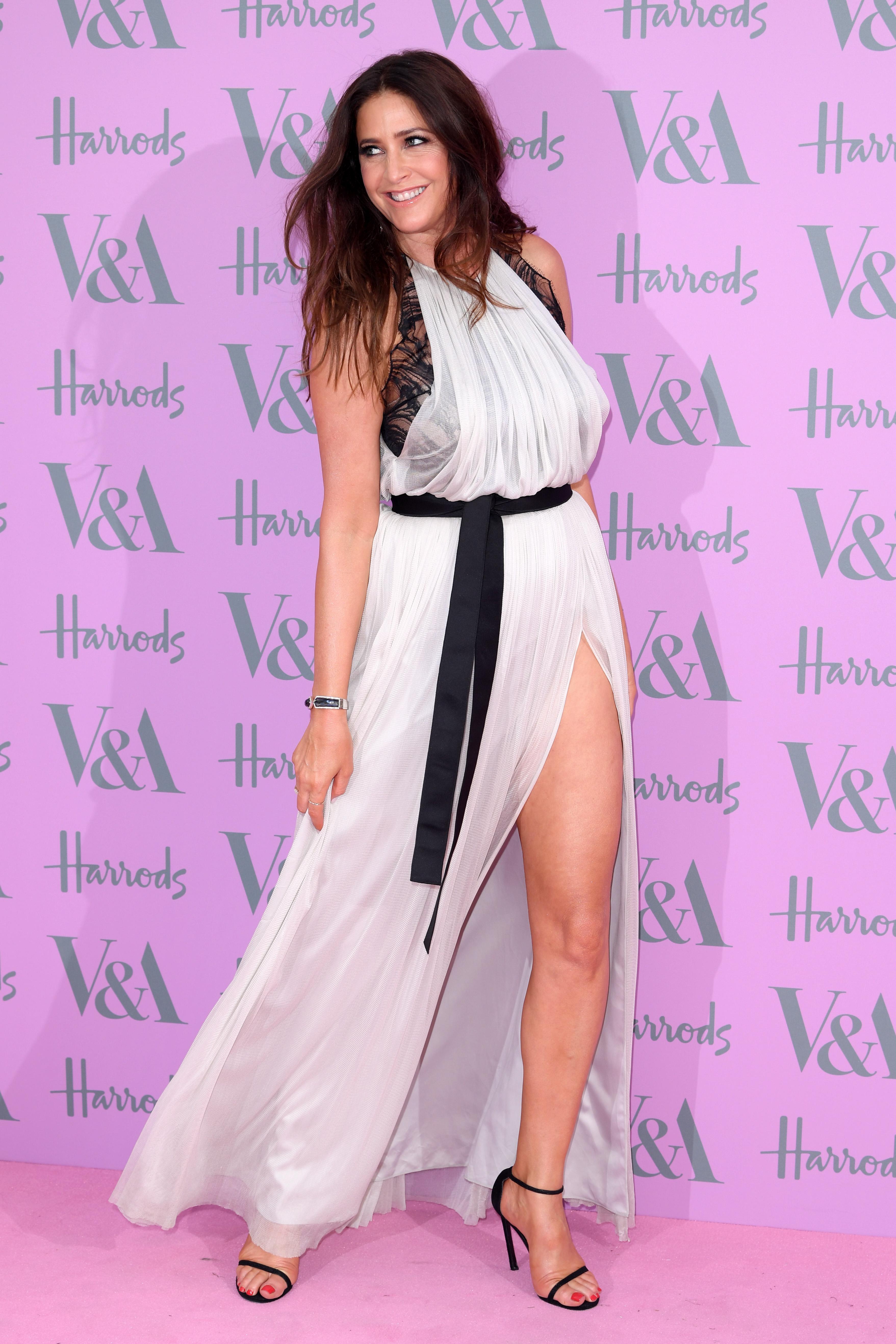 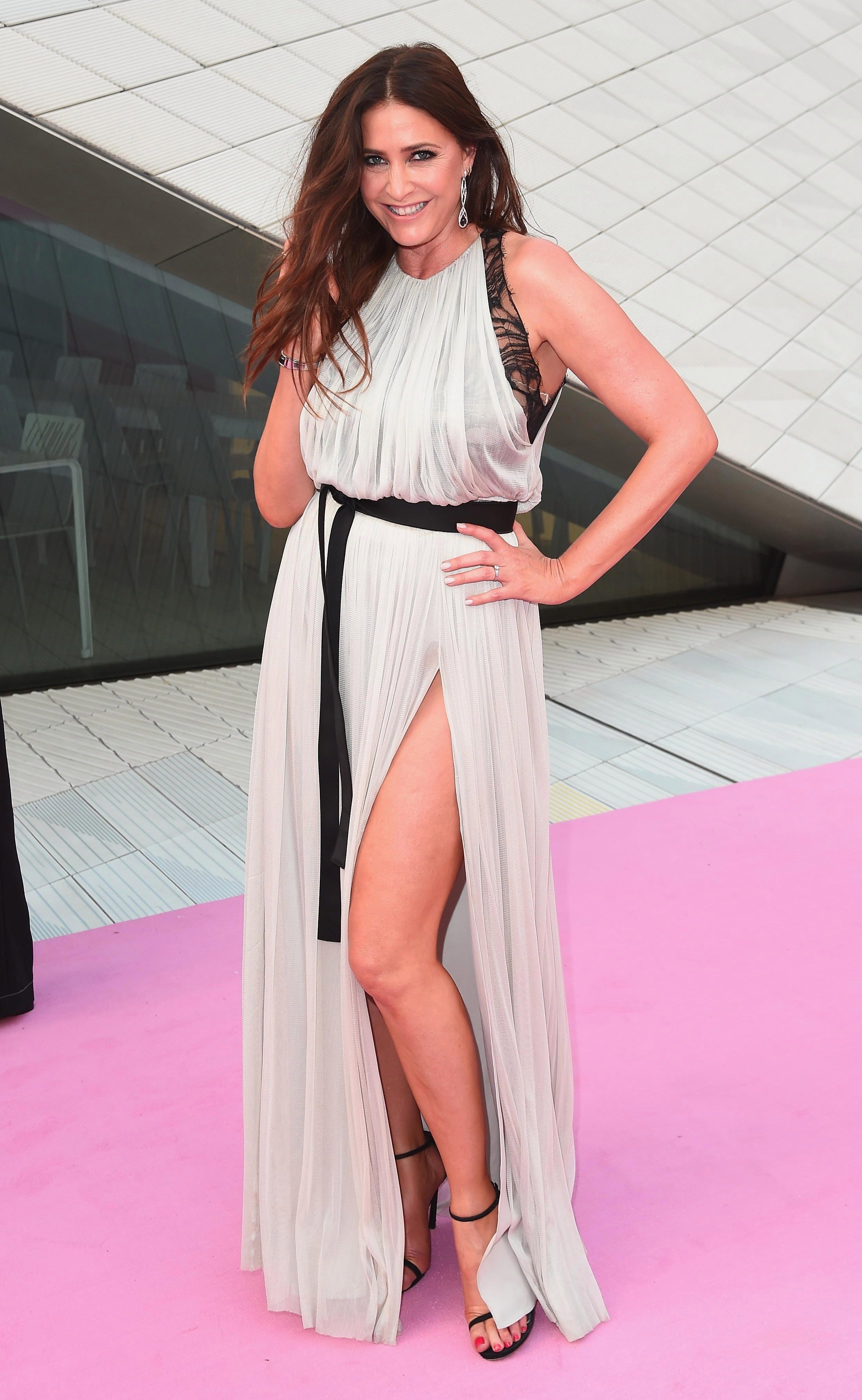 She wore a ribbon round her midriff to flatter her tiny waist and opted for some delicate black sandals to complete the look.

The chic TV personality wore here trademark fringe in her eyes and completed her feline look with gold finishings. 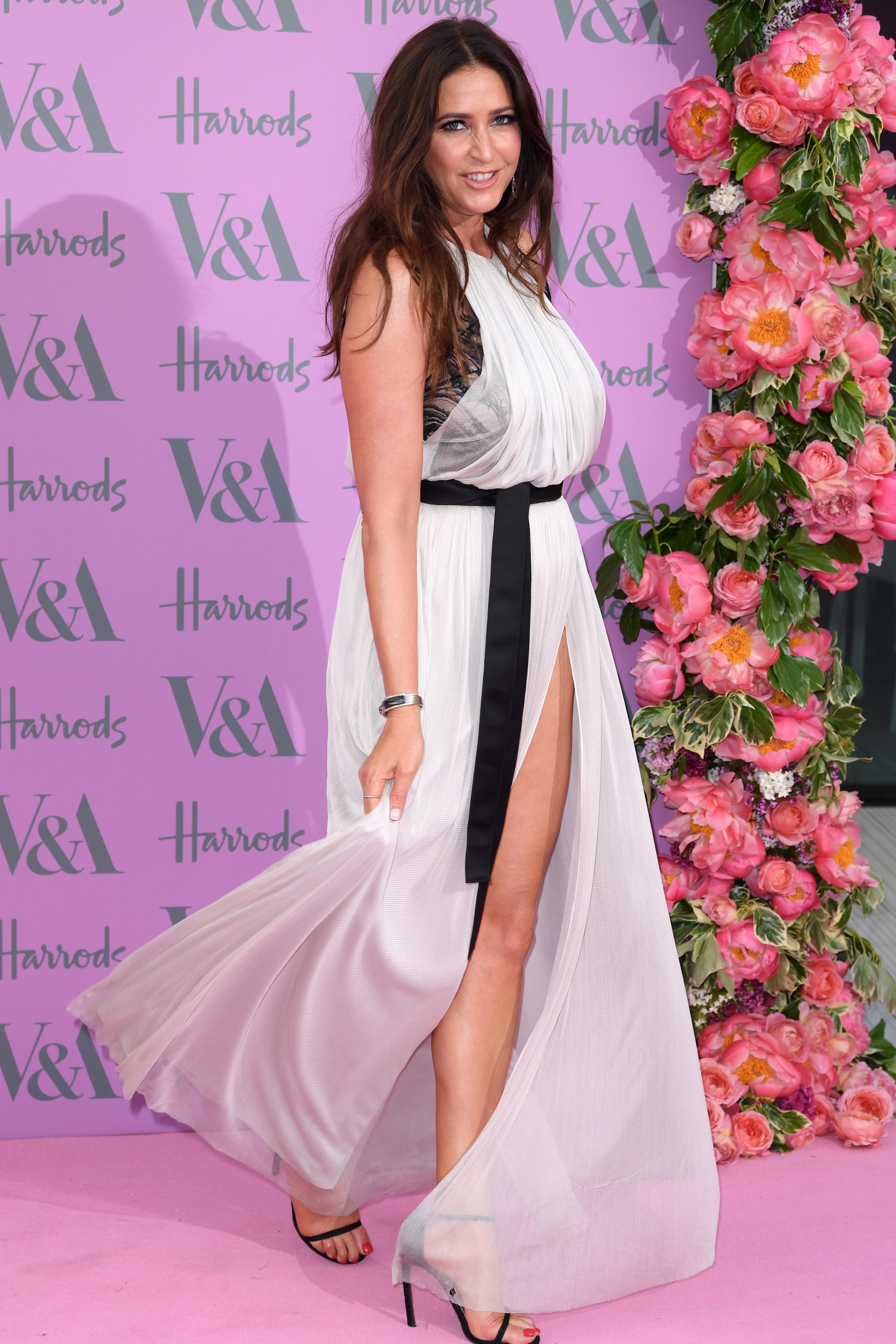 The mother-of-two rocked a huge pair of gold hoops and held an over-sized golden clutch.

The annual event is in partnership with upmarket London department store Harrods.

It plays host to many famous faces from the fashion world and Hollywood.

And our British babes stole the show as they smiled and posed on the pink carpet. 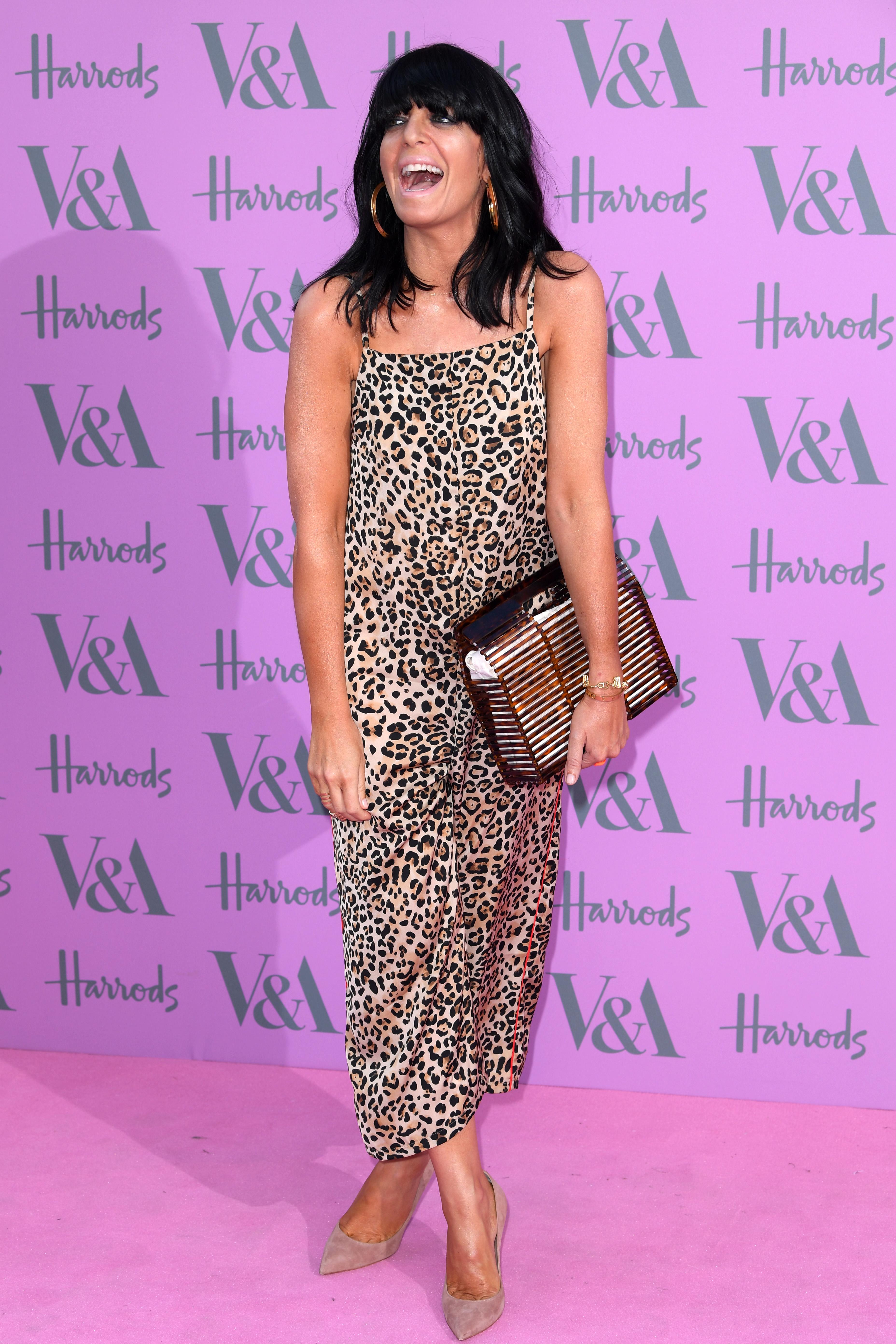 Claudia recently  revealed to The Sun's Dan Wootten that her and TV favourite Mary Berry were having a "womance."

The BBC boldly paired its two most popular (and probably highest paid) female stars for a new series — Britain’s Best Home Cook — that bosses banked on to replace The Great British Bake Off.

Chemistry between Claudia, 46, and Mary, 83, was a key ingredient in the high-risk show’s recipe for success. 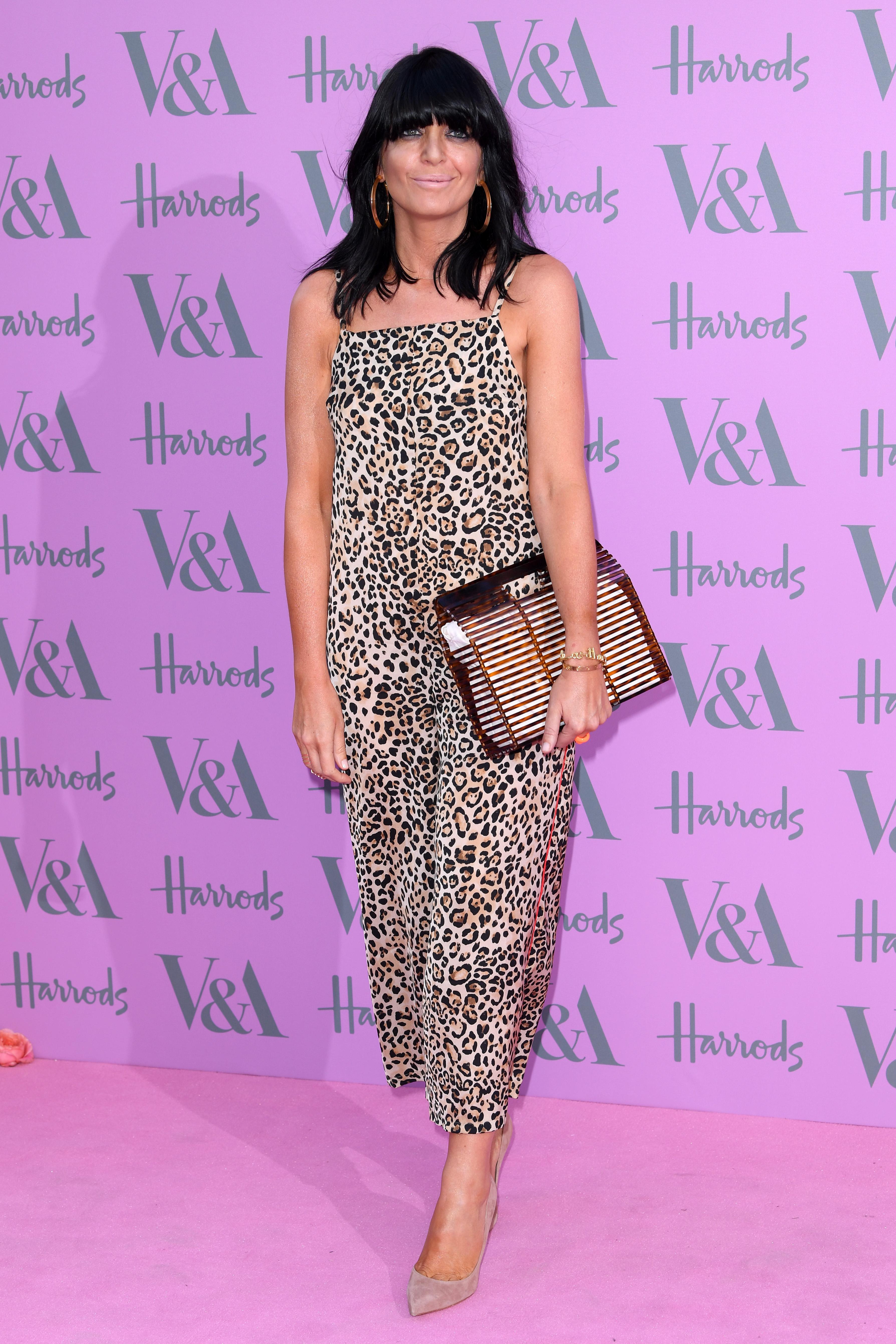 In fact, the big-fringed Beeb favourite, who has recently cut back her work commitments, signed up based solely on the iconic cook’s decision to become a judge on the eight-part series.

Claudia revealed: “They had me at Mary. I didn’t know what the show was going to be about. They said, ‘Mary’, I went ‘yup’ and they went, ‘Do you want to know the premise?’ ”

Claudia told bosses: “Nope it’s fine. It can be about avocados. May­be she wants to go abseiling. It’s a yes.”

According to Claudia, the “womance” — the female equivalent of a bromance — began as soon as they started filming after she perched on Mary’s lap.

Speaking a mile a minute in her trademark style, she said with a twinkle in her eye: “We fell in love and I thought it was just going to be one-sided and I couldn’t be too fan girl.

“I thought, is it going to be too weird to sit on her lap? I don’t know, I think she can take it.’

The new show saw 10 home cooks from across the country live under the same roof while competing for the title.

Oncology research biobank assistant Pippa Middlehurst was crowned the winner of the show.