Loose Women debate whether Santa can be played by a woman

It’s festive season, which means we’ll be seeing plenty of Santa Clauses over the next month.

However, one town has stirred controversy after deciding to have a woman play Santa, and the topic was discussed by the panel on today’s (November 28) Loose Women.

And the panel were certainly divided on the issue, with Linda Robson arguing: “Father Christmas is a man as we all know, and I think the kids would be confused if they got to see Father Christmas and it was a woman, so I think we should keep it as it is.” 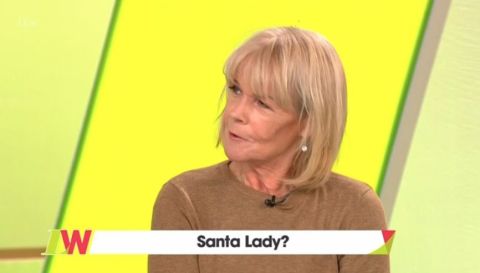 The panel were all adorned in Santa beards and hats, and Stacey Solomon took the opposite side by saying: “Is this female Santa wearing a beard and hat? So what does it matter what’s underneath?

“They’re playing the part of Santa. Sometimes there’s not enough people around who look like Santa. So does it matter whether it’s a man, woman or whoever?”

Janet Street-Porter argued: “I think the sexes have got to change roles, because at the moment there’s lots of musicals in the West End where parts previously played by men are played by women, the box office hasn’t suffered, people like it. So if a woman wants to stand in for Santa…” 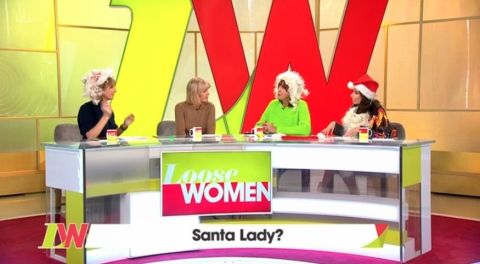 However, Kaye Adams interjected and revealed that 88% of Loose Women viewers were on Linda’s side of the argument.

Later on, they questioned guest Christopher Biggins about the idea, and the former I’m a Celebrity star agreed with Linda’s side too.