Loose Women viewers were left disgusted after the show featured a cat who was targeted by an acid attack.

Georgie the cat’s owner, Lyn Prewer, explained that her cat was left with hardly any fur and needed emergency veterinary treatment.

Warning: some users might find the images below upsetting. 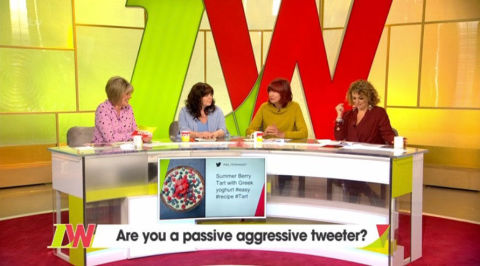 Lyn said: “I’m sickened by it all really, to be honest. I’d like them to come over and see what they’ve done to my cat, and speak to my children and see the devastating effect on everybody.

“I would like them to come and have a look, what’s the next step of somebody who is doing this?” 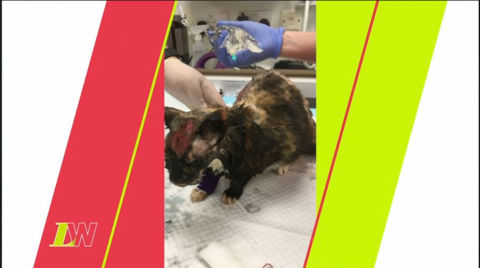 Sadly, the police have yet to catch the criminal responsible for the attack, but thankfully the cat has begun to make a recovery.

England and Wales currently has the lowest punishment for attacking animals, which carries a sentence of six months in prison.

A study by the Ministry of Justice showed that a lot of the UK’s most violent criminals had a history of being violent towards animals. But the panel asked if attackers should face the same sentence for hurting humans.

“Absolutely in my opinion,” said Coleen Nolan. “If you have that mindset, that you can do something like that to any animal, torture it, watch it in pain, then you have no empathy for anything living. If you can do that to that animal, you can do it to a 2-year-old child, in my opinion.”

Loose Women viewers were similarly incensed by what happened to Georgie.

However, former EastEnders star Nadia Sawalha was unsure: “The emotional reaction is yes – but on a practical level, we haven’t got enough room in prison for people that do this to humans.