Viewers living with health conditions that cause chronic pain hit out at the broadcaster's claims that the NHS shouldn't prescribe painkillers and people should learn to cope with it on their own. 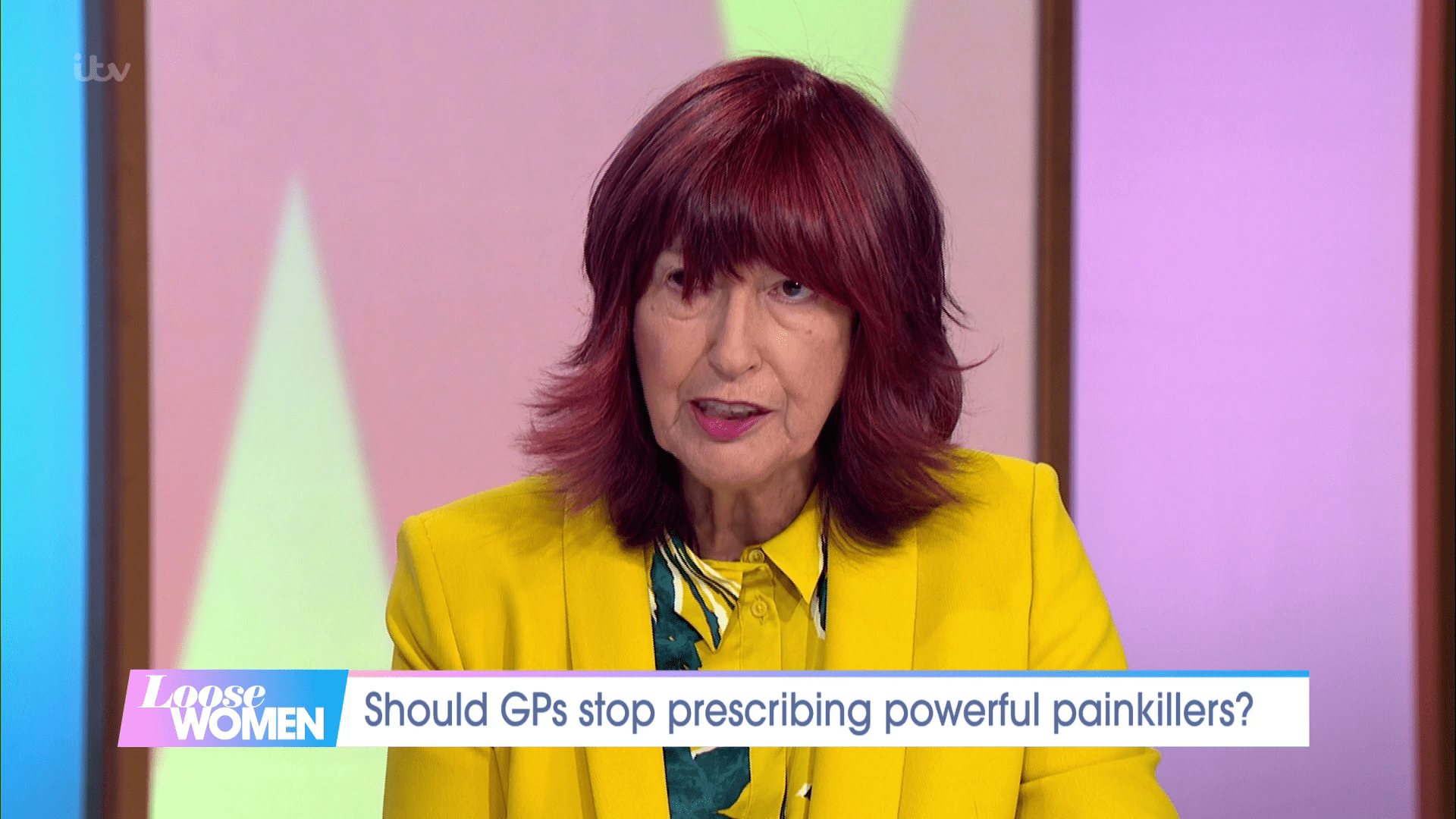 The journalist told the panel how she had stopped taking painkillers after her knee replacement surgery by weaning herself off and "learning to cope with her own pain".

She also claimed one paracetamol tablet "worked just as well as two" and advised viewers to do that.

After her knee surgery, Janet had three different kinds of painkillers and stopped taking all of them after deciding they were "bad news"

She added: "I just stopped the whole lot and had an absolute realisation I had to control my own pain. I worked out with a trainer and did specific exercises to reshape the muscles around my knee.

"I stopped taking sleeping pills and I managed to stop taking painkillers." Janet added: "I know pain is difficult but we have to find another way round it that is not these medications.

"I've got an elderly relative who has been taking tramadol for two or three years and I talk to her, she comes in and out of being in the moment, she's in serious pain and not mobile, she's typical of thousands of people in Britain and I worry about it."

Viewers were infuriated by her comments and called them "dangerous" and told her to try to live with their health conditions before speaking.

One wrote: "@loosewomen You should try and walk in the day of someone with lupus or fibromylgia, the pain so unbearable you cry and pace all day and night, thank God tramadol, I was on for 25yrs, I stopped easily, if you keep to dosage it is beneficial." A second said: "@loosewomen How dare you @ITV not have ANY MEDICAL HEALTH QUALIFICATIONS and blast information like this! Outrageous! You haven't even got a Dr on the panel for actual info! Shocking journalism!"

A third tweeted: "@loosewomen Janet is a fool! She has no idea about constant pain for 20 years or more! Many people need them.

"She will make someone very ill if she talks about things she has no real idea about. I have fibromyalgia and other things with pain. I am NOT blurred!"

Another added: "@loosewomen I suffer with long time chronic pain and I disagree with Janet I am on morphine and Pregablin and am totally aware of the risks however what the NHS are not doing is offering support and help in order to deal and cope with my pain without meds I couldn’t move!"

"Well Done on adding additional mis-information to the mix. Leave it to MD's. Not talking heads for a cheap scare."

Another said: "Oh do f*** off Janet. Some of us live with chronic pain, all day, every day.

"You find me a cure for rheumatoid arthritis and osteoarthritis, you find a way for me to be more mobile, then I’ll take your advice. Until then, f***ing do one #LooseWomen"