Following the first season of Netflix’s reimagining of ’60s classic Lost in Space – check out our review here – the cast and crew have opened up about the mysterious robot in a new clip.

“Will and the robot is the heart of the story,” says Maxwell. “The relationship between Will and his dad is complicated. His dad wasn’t around much when he was a kid.

“The first time Will meets the robot, he is studying this new alien species, and the robot’s curious about this, and that triggers something in Will’s mind,” Maxwell continues.

“This robot isn’t all that different. They don’t necessarily have to talk to each other, they just know what each other is thinking. That connection is something Will Robinson had been needing for a long time.”

Toby adds: “Will is quite insecure, his confidence is not great,” while Ignacio explains: “It’s such an unusual friendship and they kind of both grow together and they’re very dependent on each other.”

Of the robot, showrunner Zach reveals in the clip: “The robot in Lost in Space is quite different to the original. Our robot has a bit more mystery to it.” 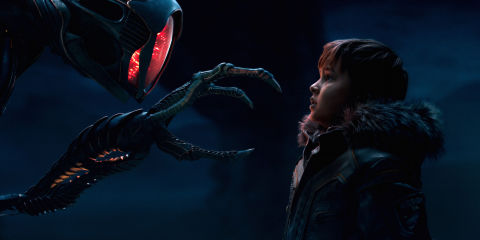 Based on early ’60s comic strip The Space Family Robinson, Lost in Space originally soared onto our television screens in 1965.

Since it wrapped in 1968, the original series has spawned spin-off novels, an animated pilot and a big-budget movie remake – a monstrosity starring Matt LeBlanc. So thank the stars for the new series! 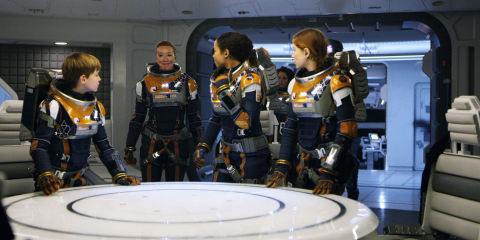 Related ArticleLost In Space season two: everything you need to know

Lost in Space is available now on Netflix.