The pair were both guests on the ITV2's Aftersun when the Geordie hunk let slip his true feelings for the government adviser. 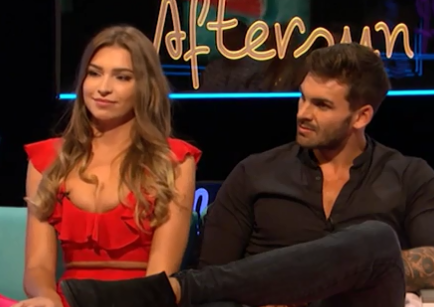 However his grand declaration of love might have been ruined somewhat by accidentally calling Zara Rosie.

Previously Adam dumped Rosie for Zara – after dumping one of the original contestants Kendall for her.

Earning himself a bit of a love rat reputation Adam hasn't been popular with viewers – especially as he cracked on with new girl Darylle Sargeant just days after Zara was booted off the show.

Zara insisted she would "wait for him" but was forced to watch scenes where he was snogging the tattooed beauty and said she was "totally humiliated". 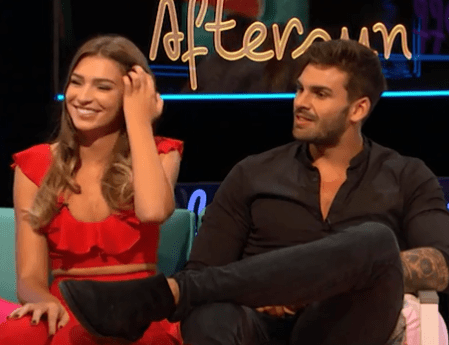 However it seems that love is back in the air and Adam has seen the error of his ways.

Viewers saw the pair reunite at her home where he tried to explain his behaviour – and it looked like Zara, 21, was on the verge of forgiving him as he explained that being apart from her made him realise how strong his feeling were.

Back in the  studio presenter Caroline Flack asked Adam if he had found love. He said: "I totally love Zara. "The problem is I won the show too early – I do love you."

Then Caroline asked Zara if the pair were in love and she said: "Yeah…"

His most recent squeeze Darylle was voted out last Thursday, at the same time as Adam, 22.

Alex Miller and Ellie Jones also got the boot in an epic dumping.

Alex was seen cosying up to a mystery brunette at a film premiere just a few days later while Ellie said she was dumped before being able to pursue her favourite guy.