LOVE Island's girls were used to getting all dressed up just to walk around the same villa they did all day.

But now they are back out in the real world they have actual red-carpet events to go to – and have turned the glam factor right up.

Here we take a look at some of the villa makeovers that left fans gasping as their favourite stars swapped the firepit for London's O2 at the NTAs.

Runner-up Chloe looked almost unrecognisable – as many of the Love Islanders do without their trademark swimwear – on the red carpet tonight.

She turned up hand-in-hand with boyfriend Toby looking a million dollars (or, erm, Majorcan Euros) in a feathery black dress.

The star, 25, earlier shared her prep, brandishing a glass of fizz with a watermelon mask hanging off her face. Great glow, Chlo.

Villa sweetheart Liberty got ready alongside Lucinda Strafford this afternoon, smiling for a video in the make-up chair.

The star, 21, who dropped out of the show rather than face the final in a couple with her ex, looked sensational in a glam red outfit and heels.

The heartfelt-but-cheap bracelet she was given by Jake Cornish before they split did not make the cut.

Love Island bombshell Lucinda's makeover began five hours before the NTAs when she shared her makeover with fans.

Tagging in the villa stars' make-up guru of choice, Melissa Sophia, she wrote: "Getting NTA ready."

The 21-year-old star didn't find love in the villa (sorry, Brad) but perhaps she will in the former Millennium Dome. 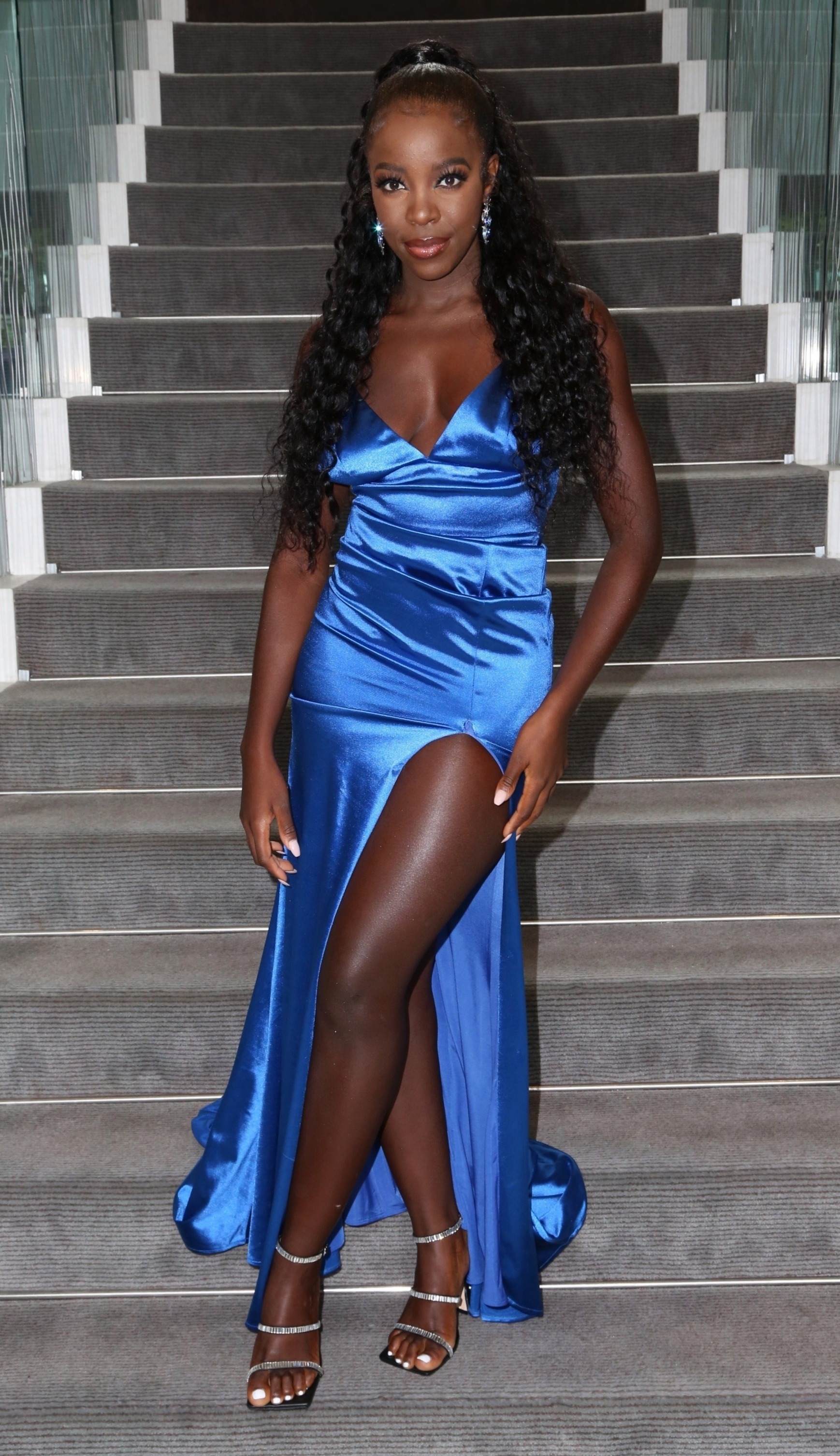 Fan favourite Kaz, who is at the NTAs tonight with new boyfriend Tyler Cruikshank, shared her glam-up journey with fans.

After posting video of her tucking into breakfast at the EastEnd hotel where the stars have been holed up, her squad got to work.

The 26-year-old Instagrammed a video of her sipping a cocktail writing: "Not me getting lit" before turning up at the venue in a dazzling blue dress.

Love Island champ Millie has to turn up looking like a Queen and fans aren't likely to be disappointed.

She turned with in an elegant sparkly green dress with Liam buffed up to the max in a gleaming tuxedo.

But it wasn't all lavish spending for the couple tonight – they split the cab fare to the venue with Kaz.

Devon girl Faye's famous lips turned red to match the carpet at the NTAs tonight as the 26-year-old star rolled in.

The star, whose brown lippy was a talking point during Love Island, arrived in a white gown with a vast jewel-laden necklace.

And of course the ultimate accessory – boyfriend, hunk and minor saint Teddy Soares.