Really sad news: Love Island host and British television personality Caroline Flack has died from suicide at age 40. Caroline’s family confirmed the news with a statement given to the U.K.’s Press Association saying, “We can confirm that our Caroline passed away today on the 15th February. We would ask that the press respect the privacy of the family at this difficult time.”

ITV, the television station which airs Love Island, also released a statement to People about Caroline’s death, saying, “Everybody at Love Island and ITV is shocked and saddened by this desperately sad news. Caroline was a much loved member of the Love Island team and our sincere thoughts and condolences are with her family and friends.”

Iain Stirling, who does the voice-overs for Love Island, and Laura Whitmore, the show’s new host, also paid tribute to Caroline:

Today my friend slow motion walked into heaven. I will miss her always. Thank you for everything x
pic.twitter.com/gykAn9YE3U

Caroline was in the middle of some legal troubles after being arrested for allegedly assaulting her boyfriend, tennis player Lewis Burton, in early December. Even though Lewis didn’t support the prosecution, Caroline was still set to face trial on March 4. After her arrest, Caroline stepped down as host of Love Island season six, and wrote an emotional Insta post, saying: 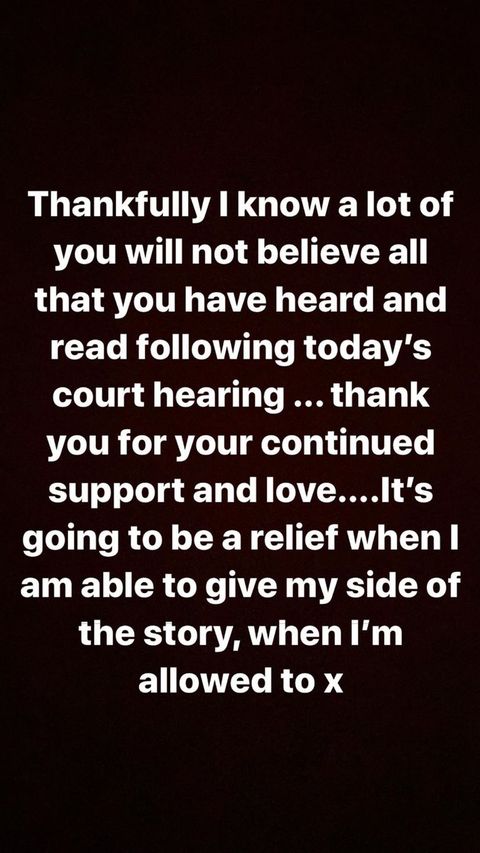 If you or someone you know is struggling with thoughts of suicide, call the National Suicide Prevention Lifeline 24-hour hotline at 1-800-273-TALK (8255) or visit suicidepreventionlifeline.org for free and confidential help. In the case of a medical emergency, call 9-1-1.