Samira, 22, was seen quitting the villa on Thursday night after tearfully telling her fellow Islanders that she needed to "follow her heart" to Frankie. 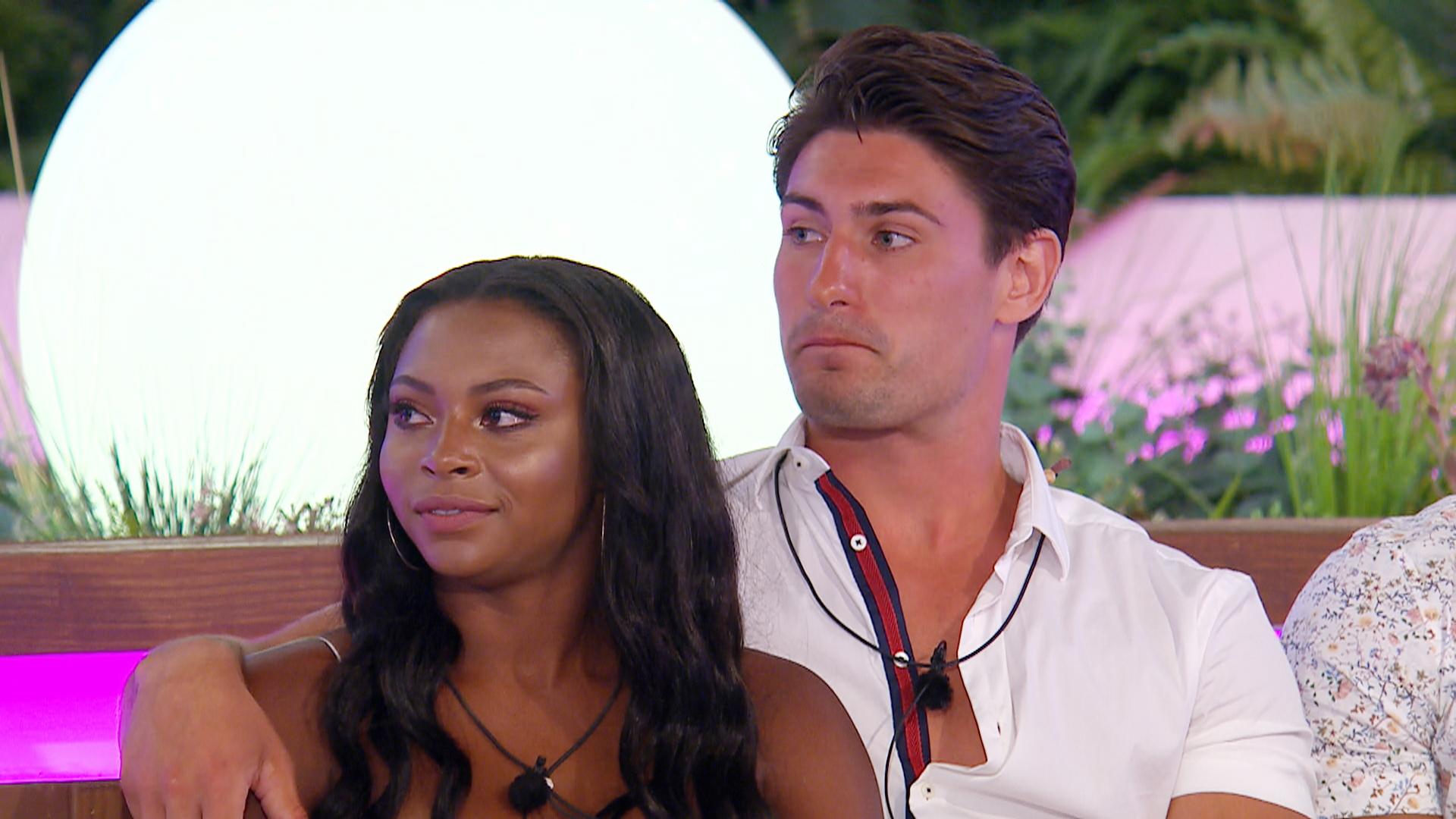 But before her shock departure was shown on screen, The Sun exclusively revealed that the couple 'did bits' during a secret night of passion that was never aired.

Describing their steamy night together a "big thing", Frankie, 22, said: "Everyone was cheering us into the hideaway, everyone was happy for us.

“But yeah it didn’t get shown for one reason or another."

Fans have now hit out and although Love Island bosses have insisted "the show is not fixed", some cannot be persuaded. 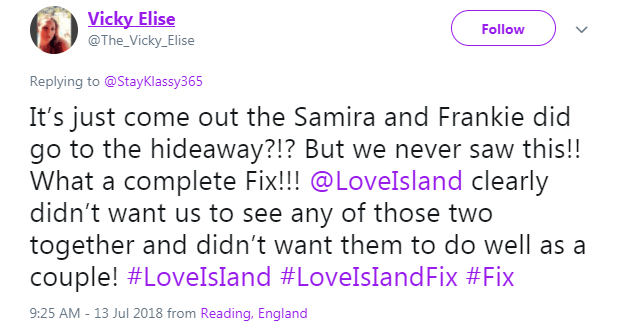 One viewer tweeted: "It’s just come out the Samira and Frankie did go to the hideaway?!? But we never saw this!!

"What a complete Fix!!! @LoveIsland clearly didn’t want us to see any of those two together and didn’t want them to do well as a couple! #LoveIsIand #LoveIsIandFix #Fix."

Another said: "What… Wait…Samira & Frankie are in DBS ['Do Bits Society']? They went in the hideaway?

A third asked: "Samira has been so hard done by by ITV2. Why weren’t we shown her and Frankie going into the hideaway? 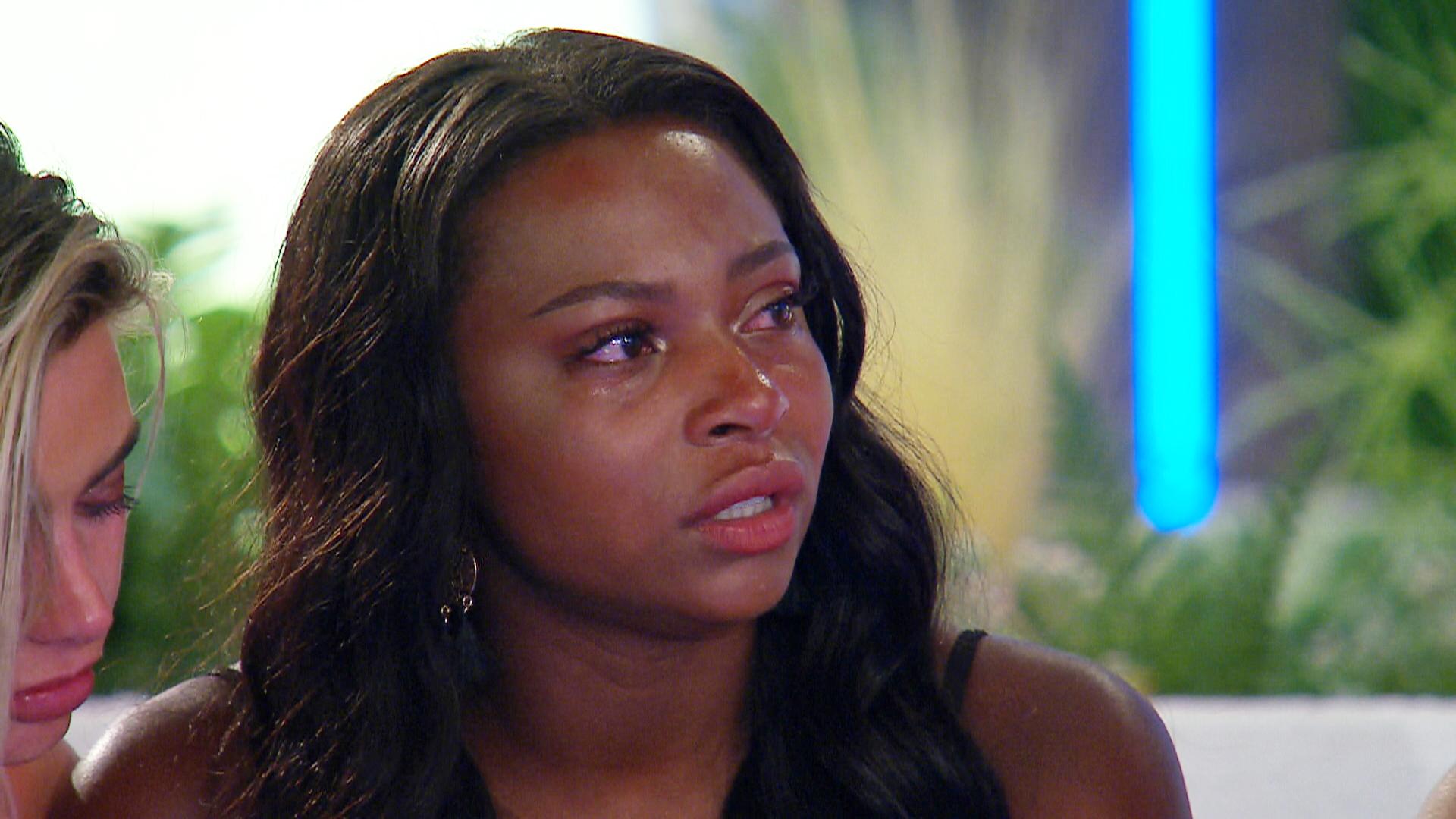 "I swear they edited out so much of Samira and Frankie’s relationship. WHY?!"

During Thursday night's show, Samira was seen in floods of tears as she told her fellow Islanders that she was no longer happy in the villa.

The West End star had been on her own after Frankie was dumped from the island following a public vote earlier this week.

Samira sobbed: "These past couple of days, I haven't been myself and I've struggled to be happy in here and have fun.

"I had a taste of what I wanted with Frankie and it's just gone. 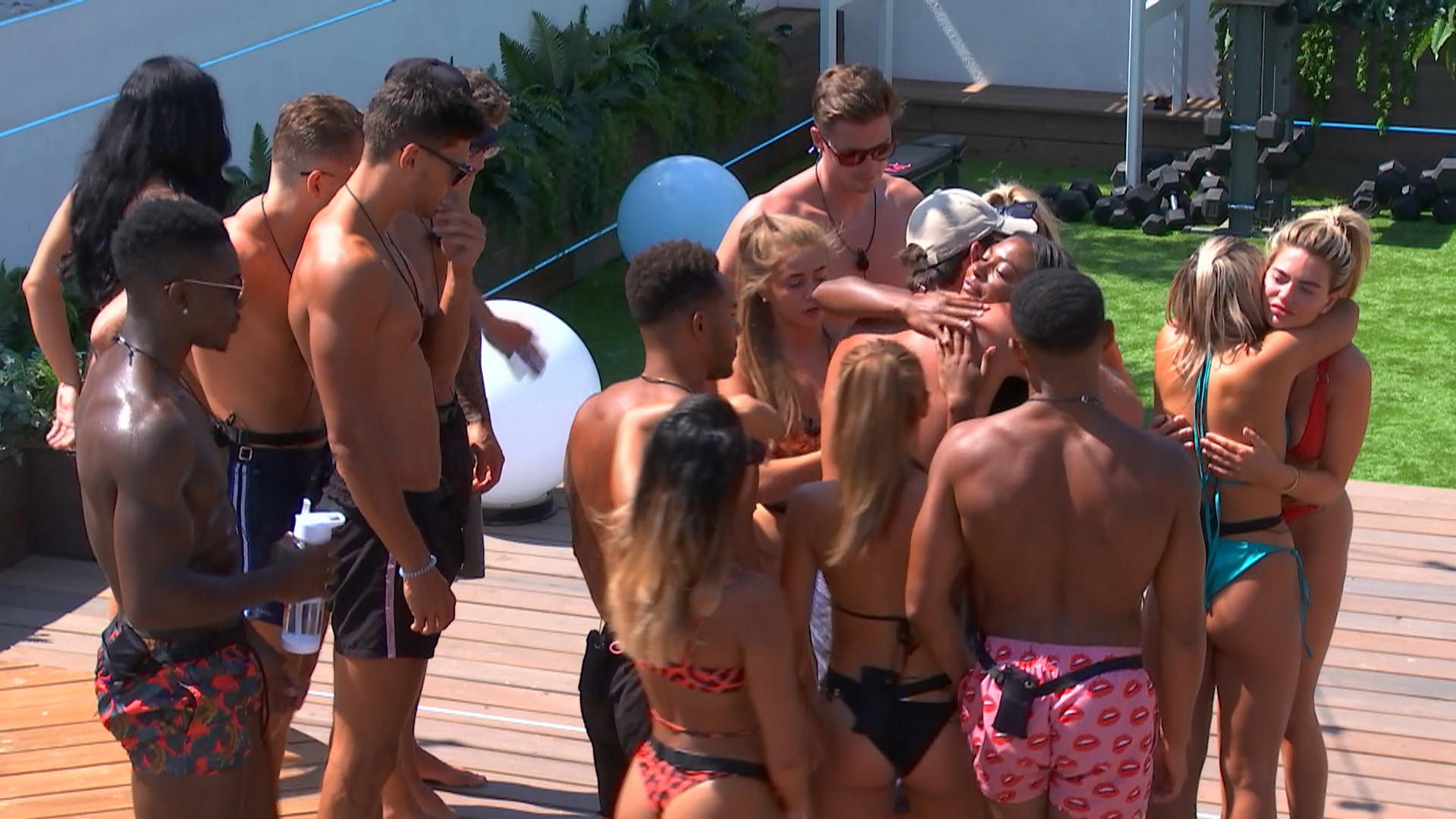 "I really tried and have been tossing and turning about what I'm going to do, but I think the best thing for me to get closure on the Frankie situation and to be happy is to go today."

Meanwhile, while she was walking out of the villa's doors in a bikini, Frankie was busy opening up about their relationship to The Sun. 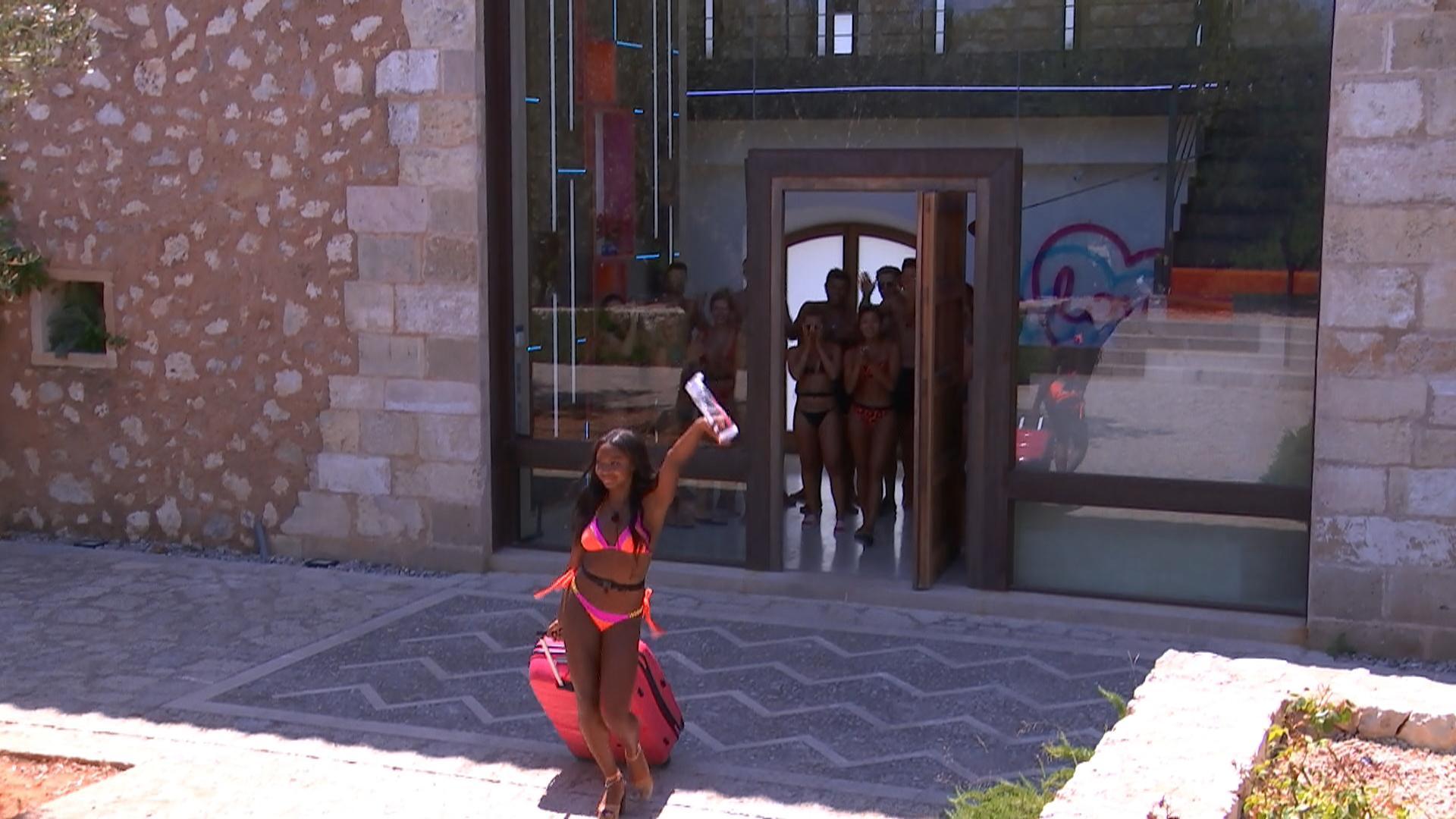 He said: "We probably didn’t get as much air time as our relationship deserved. But from what people have seen it seems to have been all positive.

“I’ve actually got more air time since leaving the villa.

"You can see in some of the reaction from public, they didn't understand why more of our relationship wasn't being shown."

“We left at a point in our relationship where we were about to turn serious.

“I do want Samira to be my girlfriend."

Tonight, two guys will be dumped from the island – with the decision resting solely on new girl Alexandra Cane's shoulders.

We pay for videos too Click here to upload yours.