But viewers were treated to a little relief as Jack Fincham returned from Casa Amor to confirm he wanted to remain coupled-up with Dani Dyer. 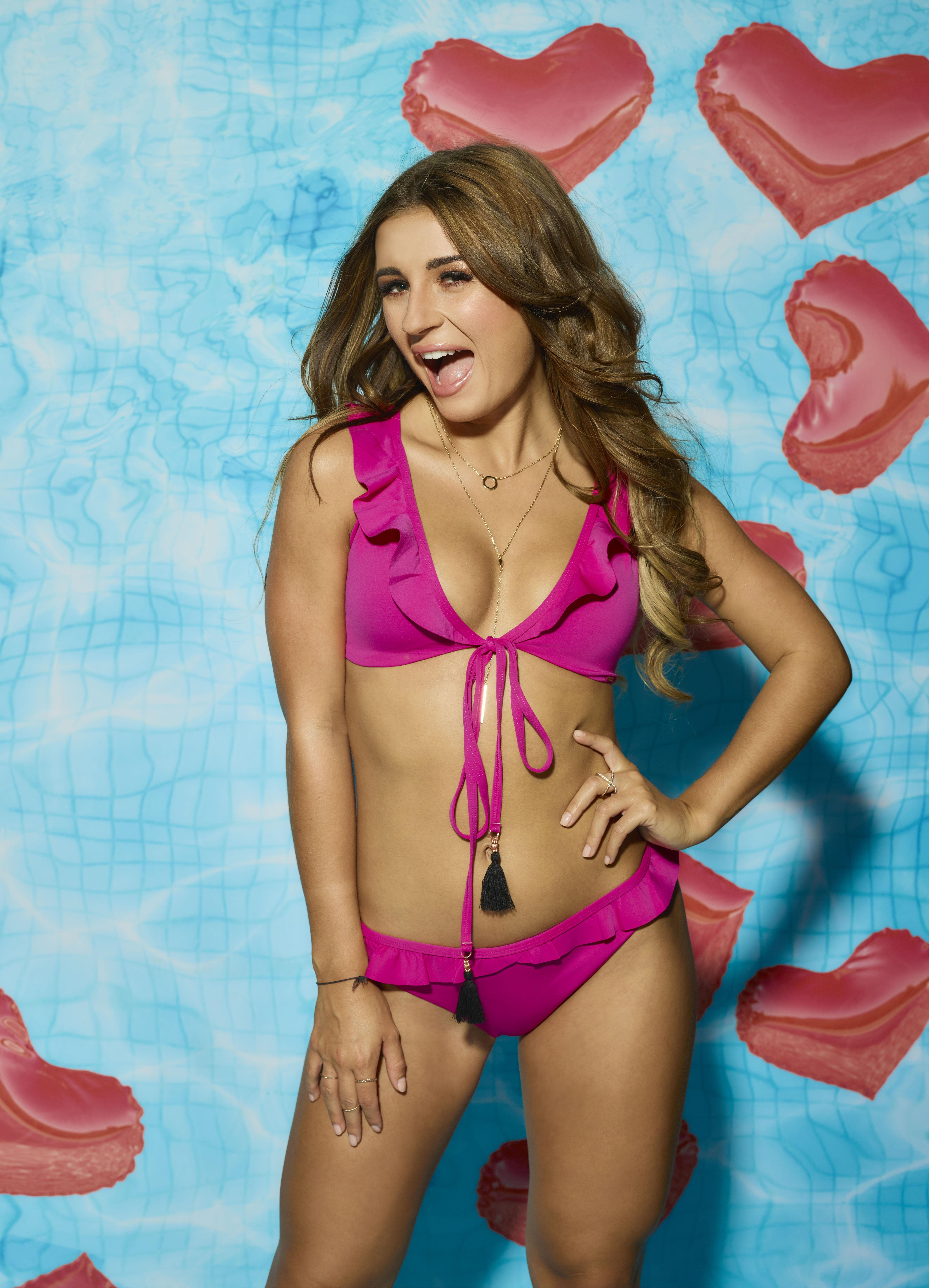 And, while the pair missed each other during their time apart last week, things are about to get awkward for them as Dani is forced to go for drinks with Ellie Jones who joined the show as a bombshell last week after previously dating Jack before the series started.

During this evening’s episode, fans will see Jack and Dani talk after finally being reunited.

Jack tells her: “It’s made me realise my feelings for you… All I wanted to do is ask if you were okay.” 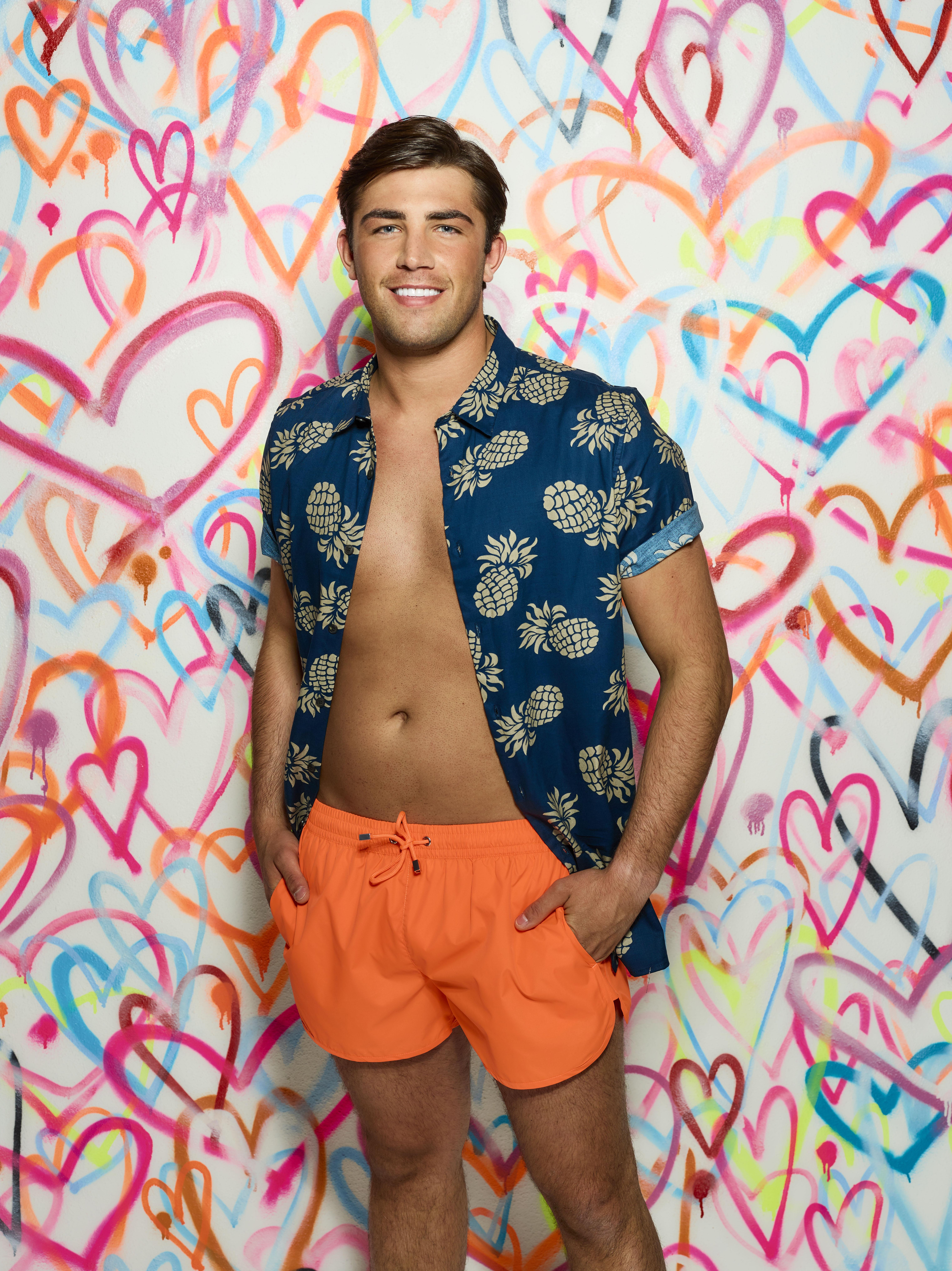 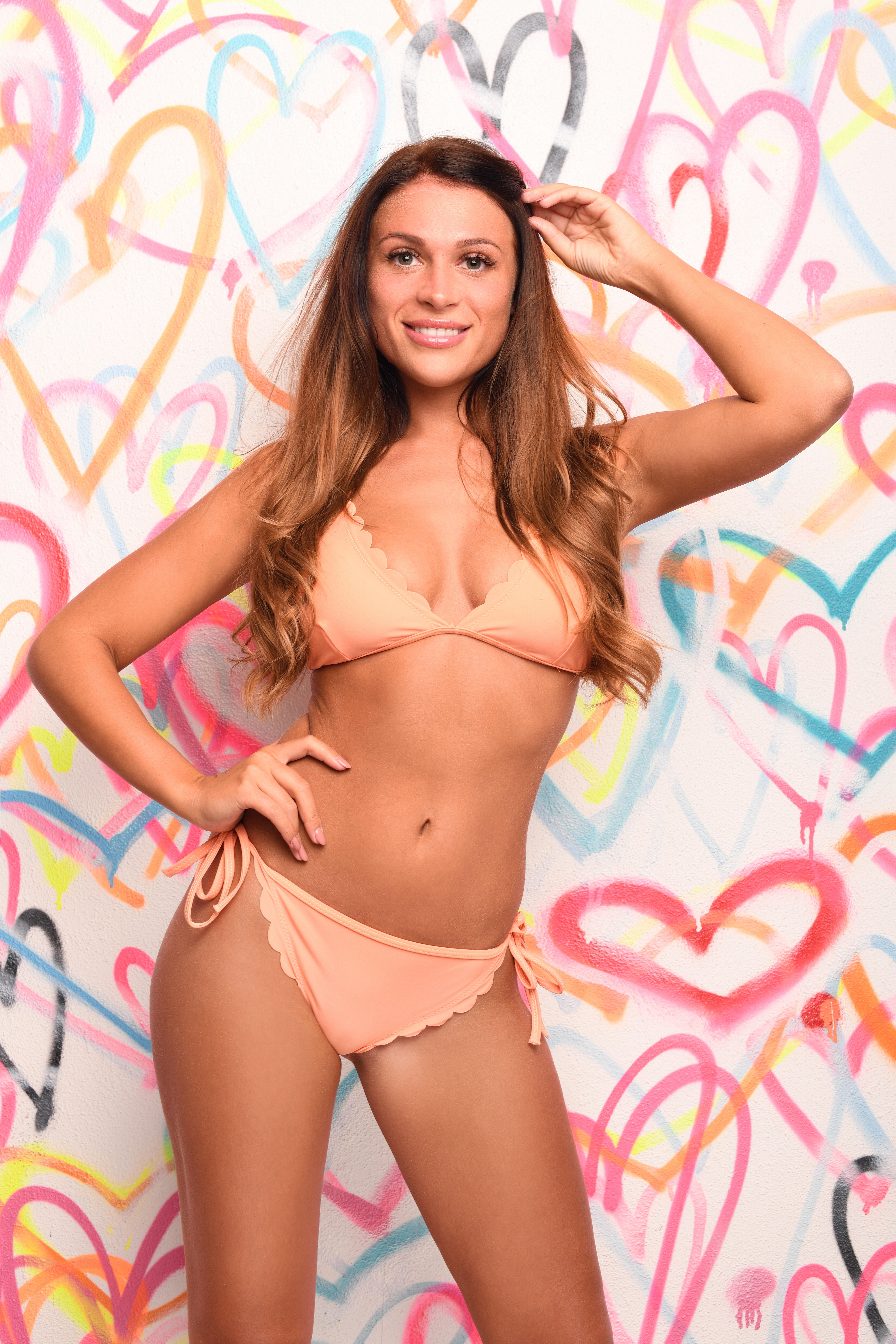 Later, in the Beach Hut, Jack says: “Being back in the villa tonight and being back with Dani, I feel absolutely over the moon. I feel overwhelmed with it. I feel so happy. This feels so nice.”

However, things have taken a twist for the couple after Jack’s ex Ellie entered Casa Amor last week and has since moved into the main villa with the rest of the group. 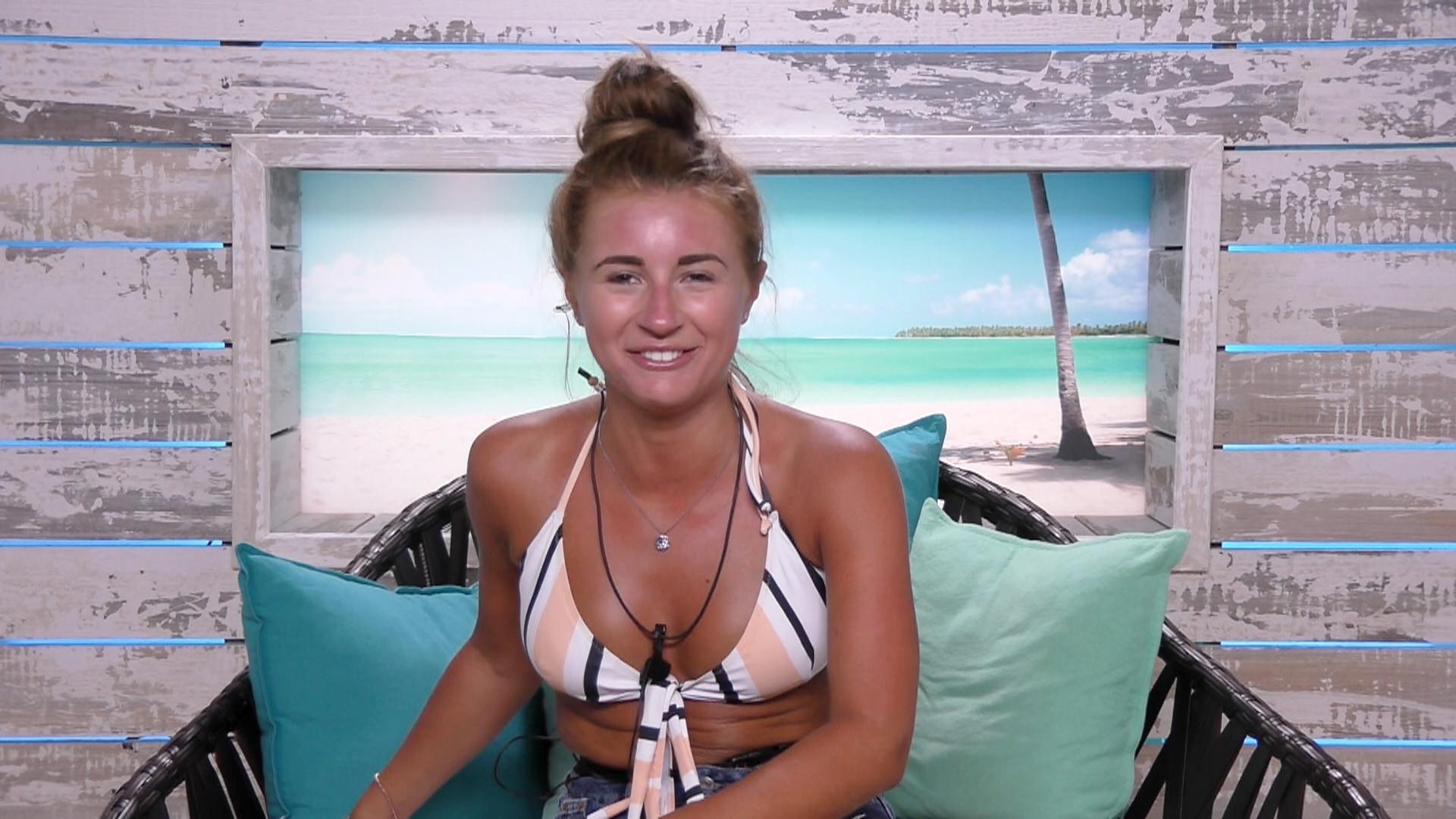 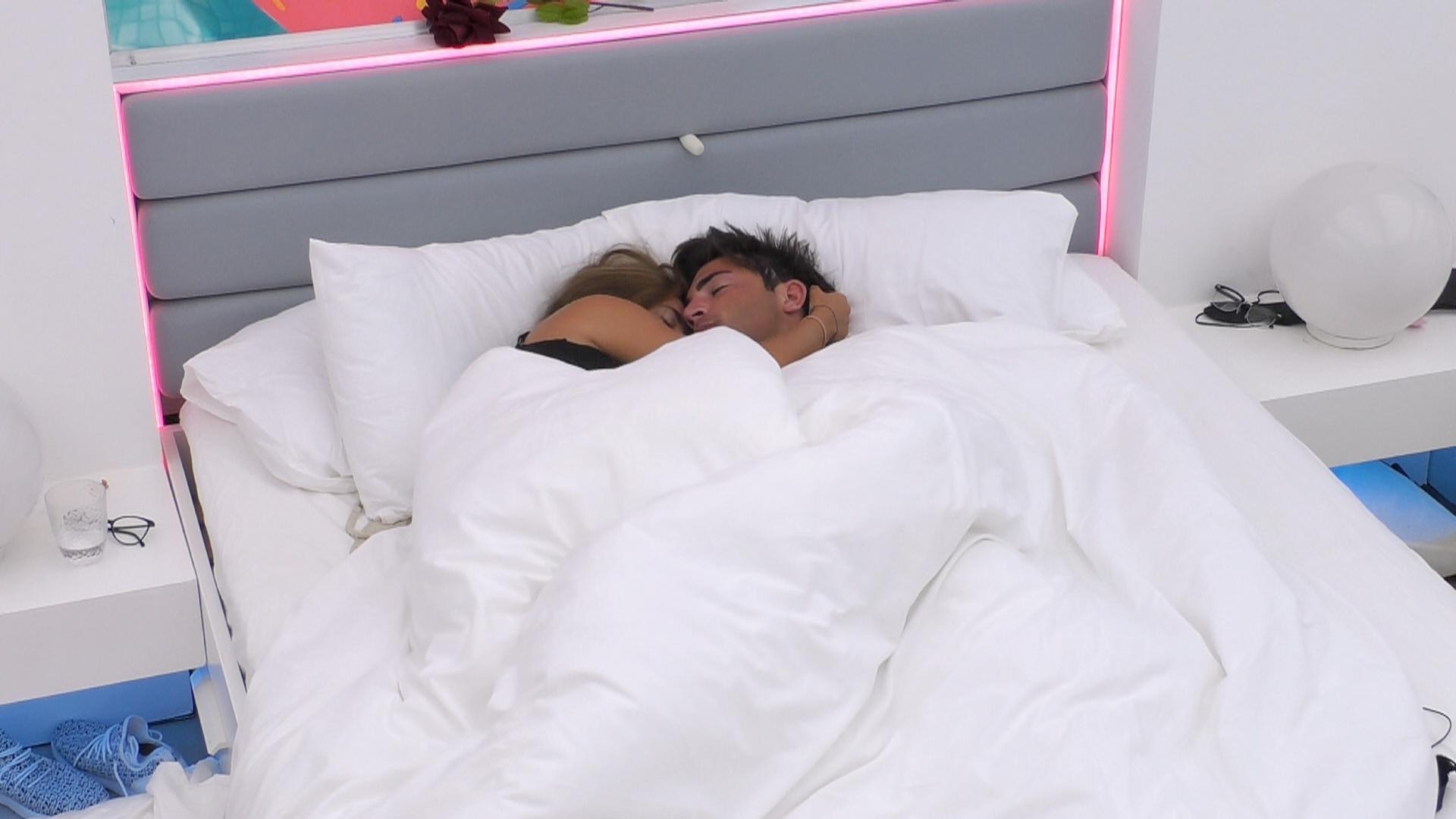 Talking about Ellie being in Casa Amor, Dani says: “You have an ex in there. It isn’t nice. It’s not that I don’t trust you because I do completely.

“When the (video) came through, initially I thought, ‘Oh, he’s had feelings for this girl, he possibly might miss me and then she might somehow worm her way in.’

“I haven’t got a problem with her.” 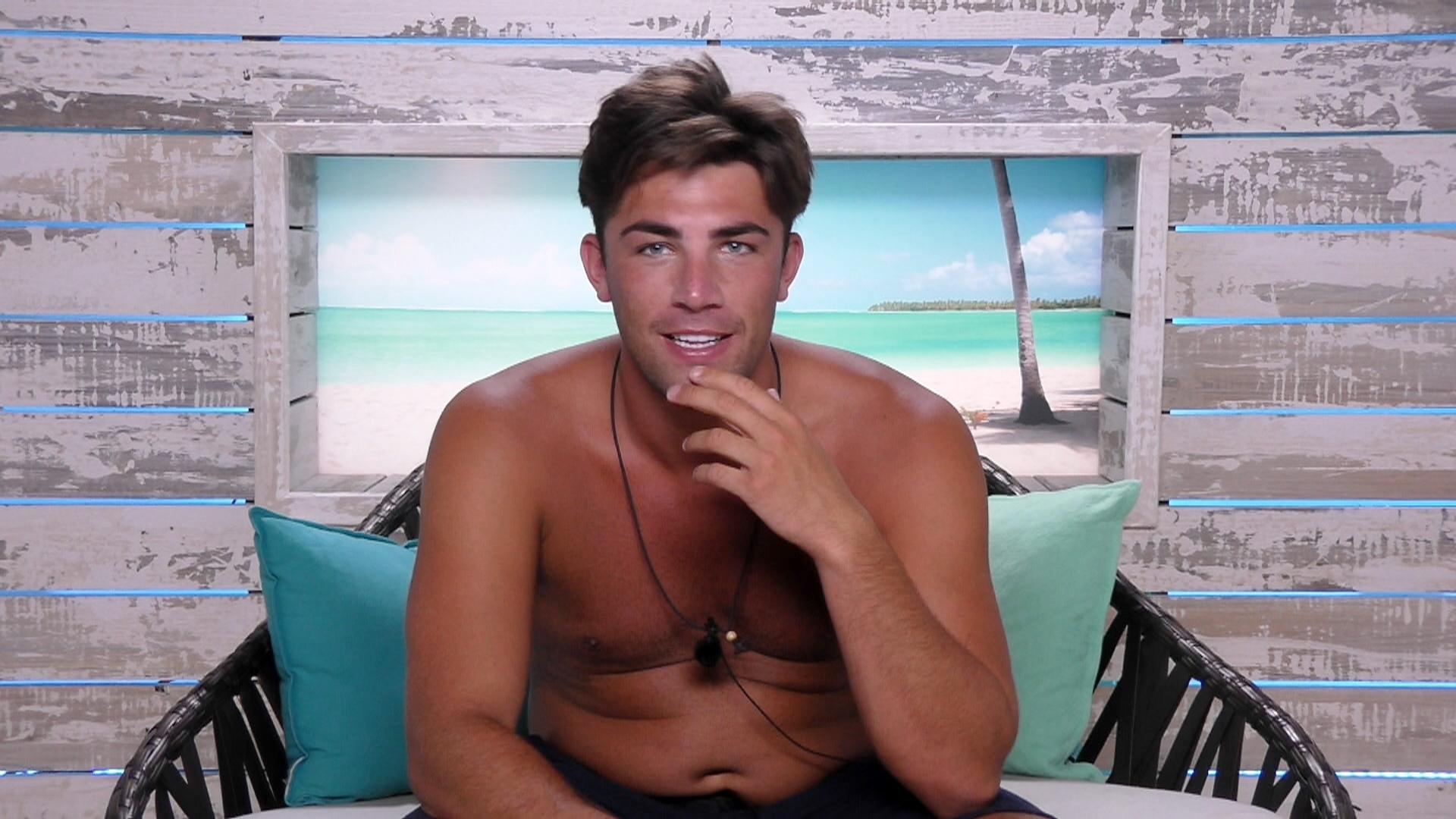 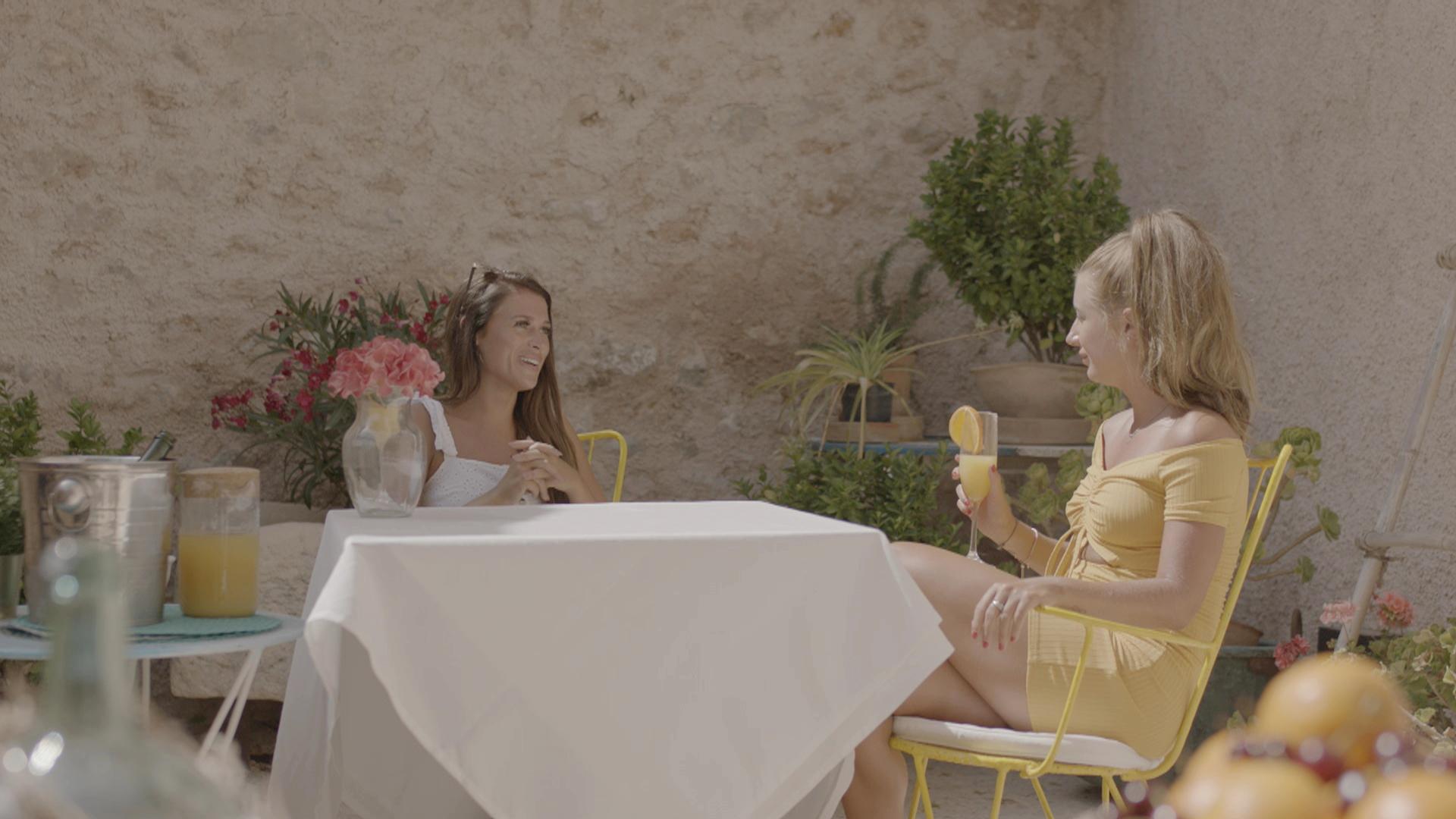 Jack reassures her: “What me and you have got is better than anything that I had with her… I promise you, I’ve never felt like this before. I haven’t. I mean that.”

However, despite Dani saying she felt like she had lost her best friend in the villa, she was later glowing in the Beach Hut, saying: “I haven’t felt this happy since he left. 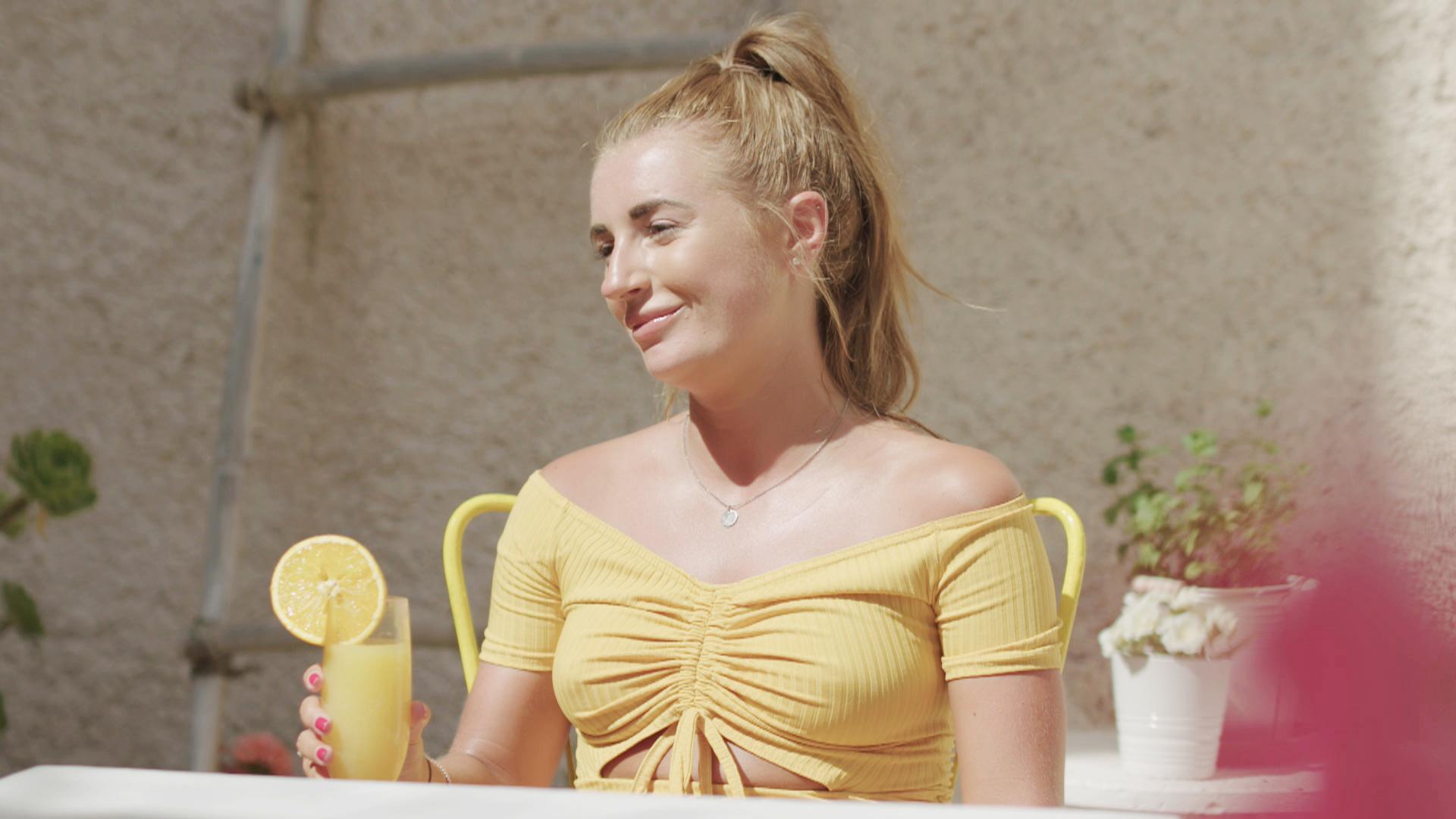 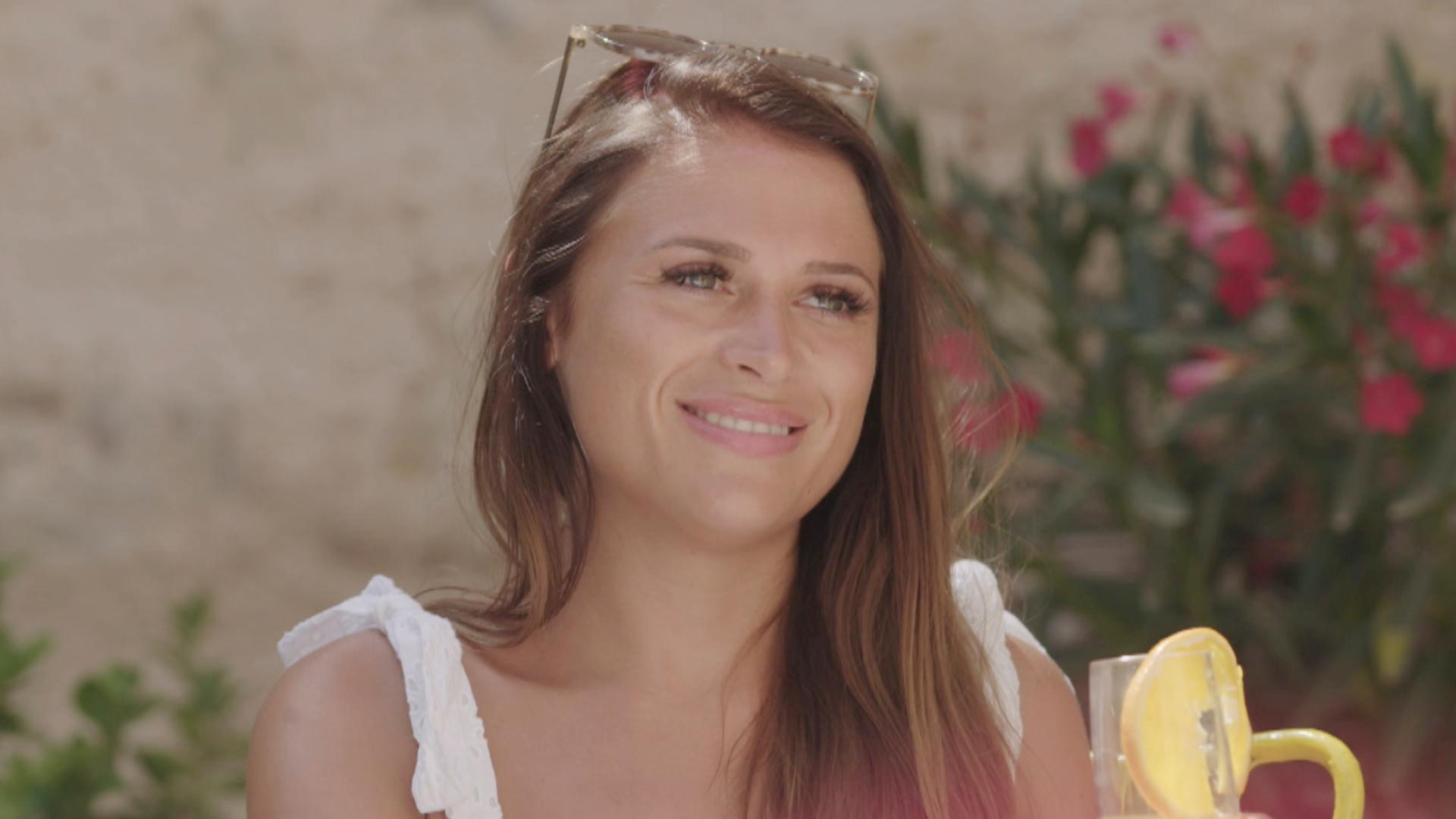 “It’s made me realise he is my bundle of joy. I love being around him. He’s proved me wrong, I genuinely thought he was going to upset me and he’s made me even happier.”

But Dani does admit she feels awkward, saying: “Exes are exes but to actually live with them and be around them and not be able to avoid them, it is a difficult situation. I will just have to deal with is as a woman and not a girl.”

The pair later talk about how close they feel to each other as they relax in bed together. 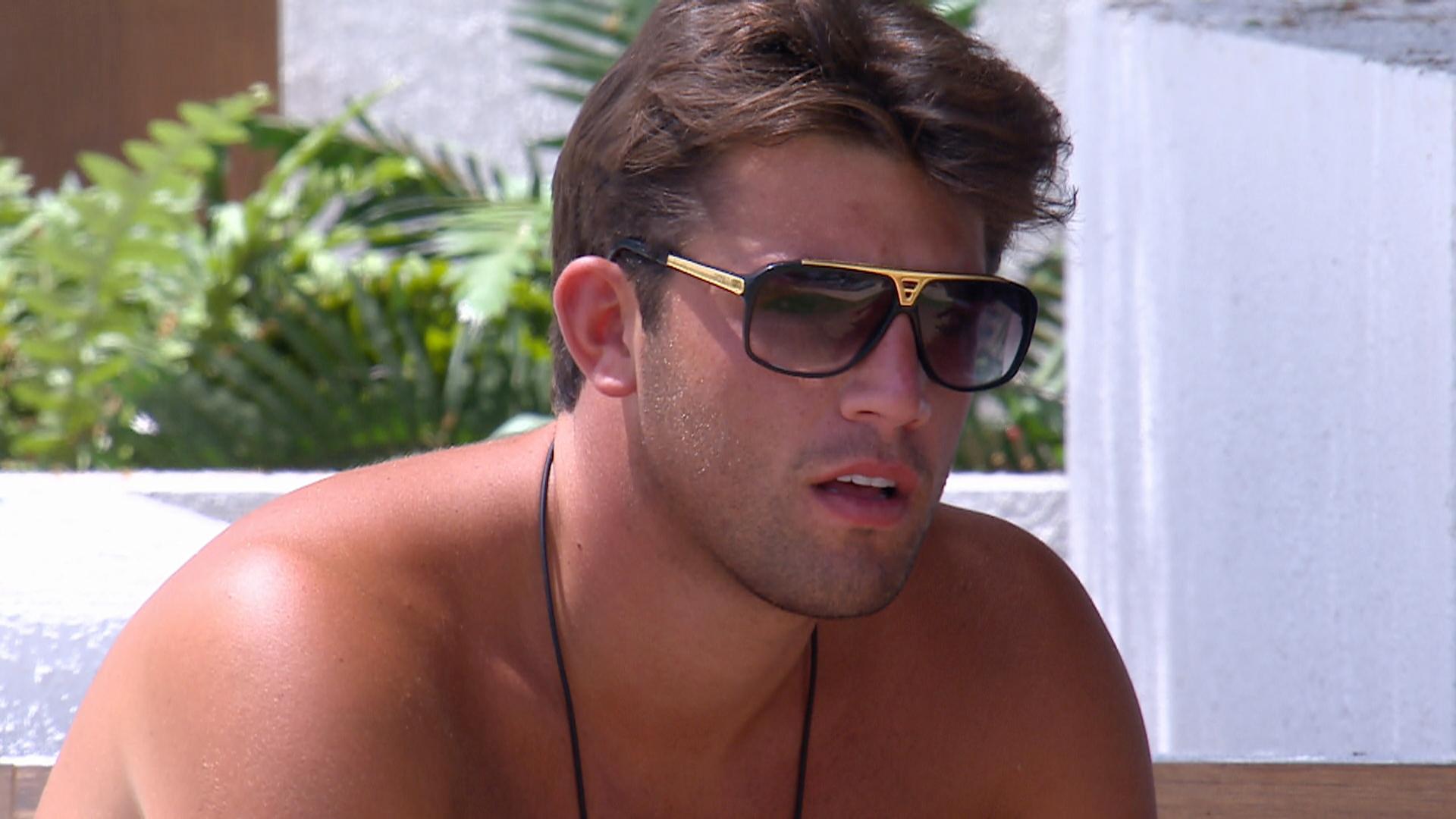 Jack asks Dani: “I do actually love you. I do love you. Do you love me as well?”

She tells him: “Of course I love you.” 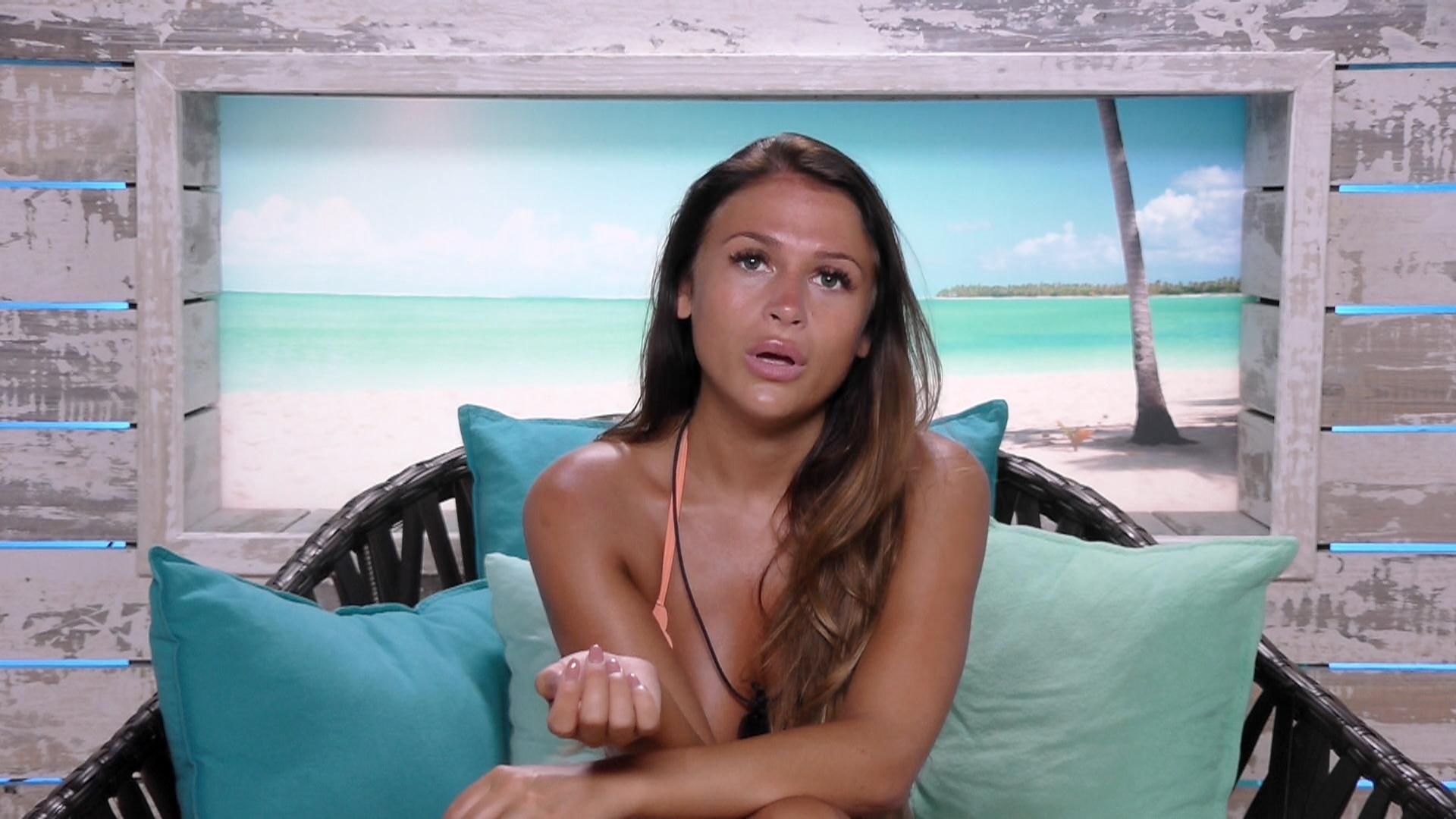 And Jack is the only topic of conversation when Dani and Ellie go for drinks together later on.

In the Beach Hut, Ellie talks about living in the villa with Dani: “It is a little bit awkward but I think it is going to be. I couldn’t expect it not to be. I just hope that me and Dani can clear the air. 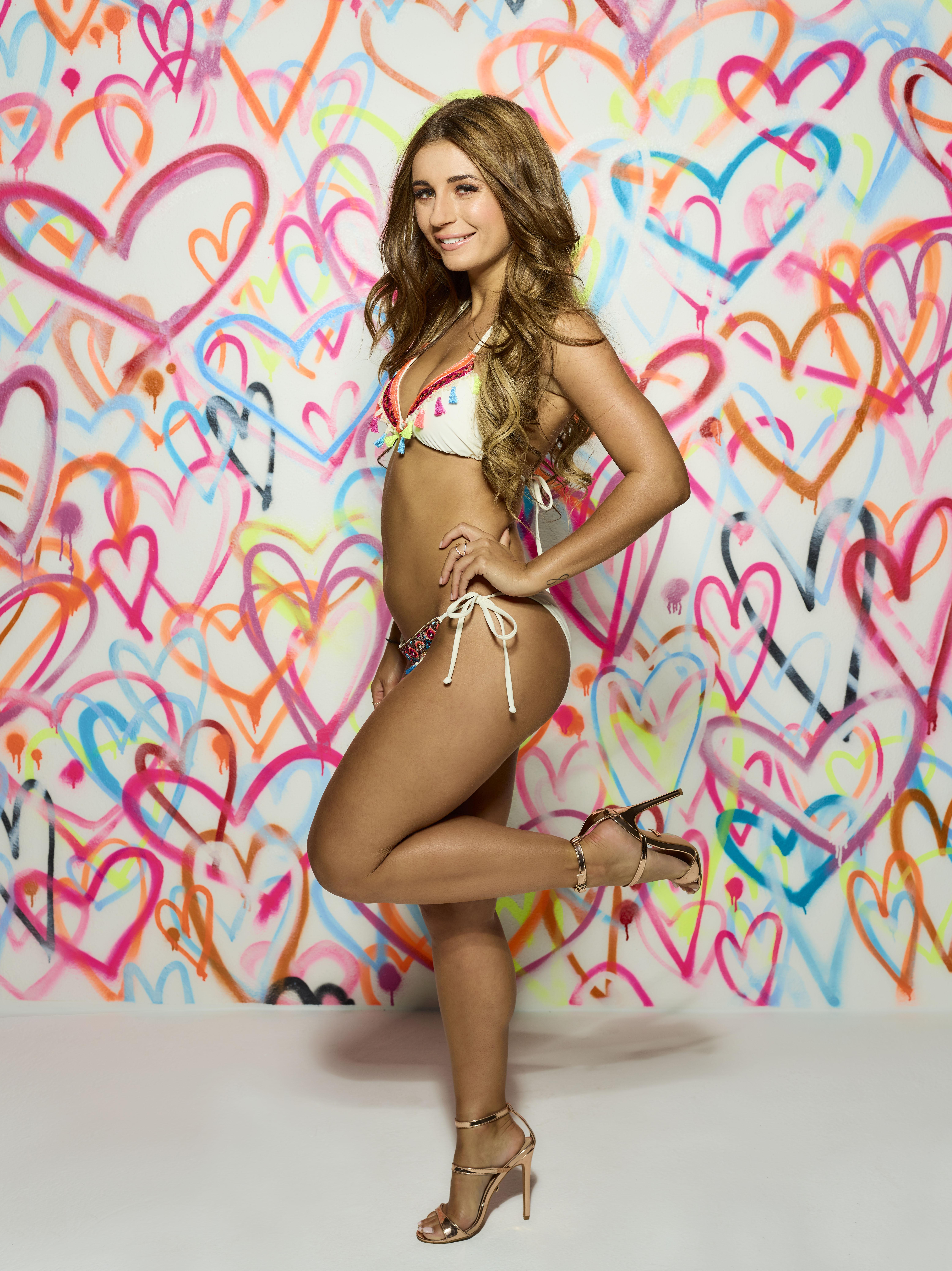 “I don’t expect to be best friends with her but I don’t want there to be a divide.”

Dani will then be seen receiving a text, which reads: “Dani and Ellie, you are going out for afternoon drinks. Please get ready to leave the villa. #CommonGround #TheExFiles.” 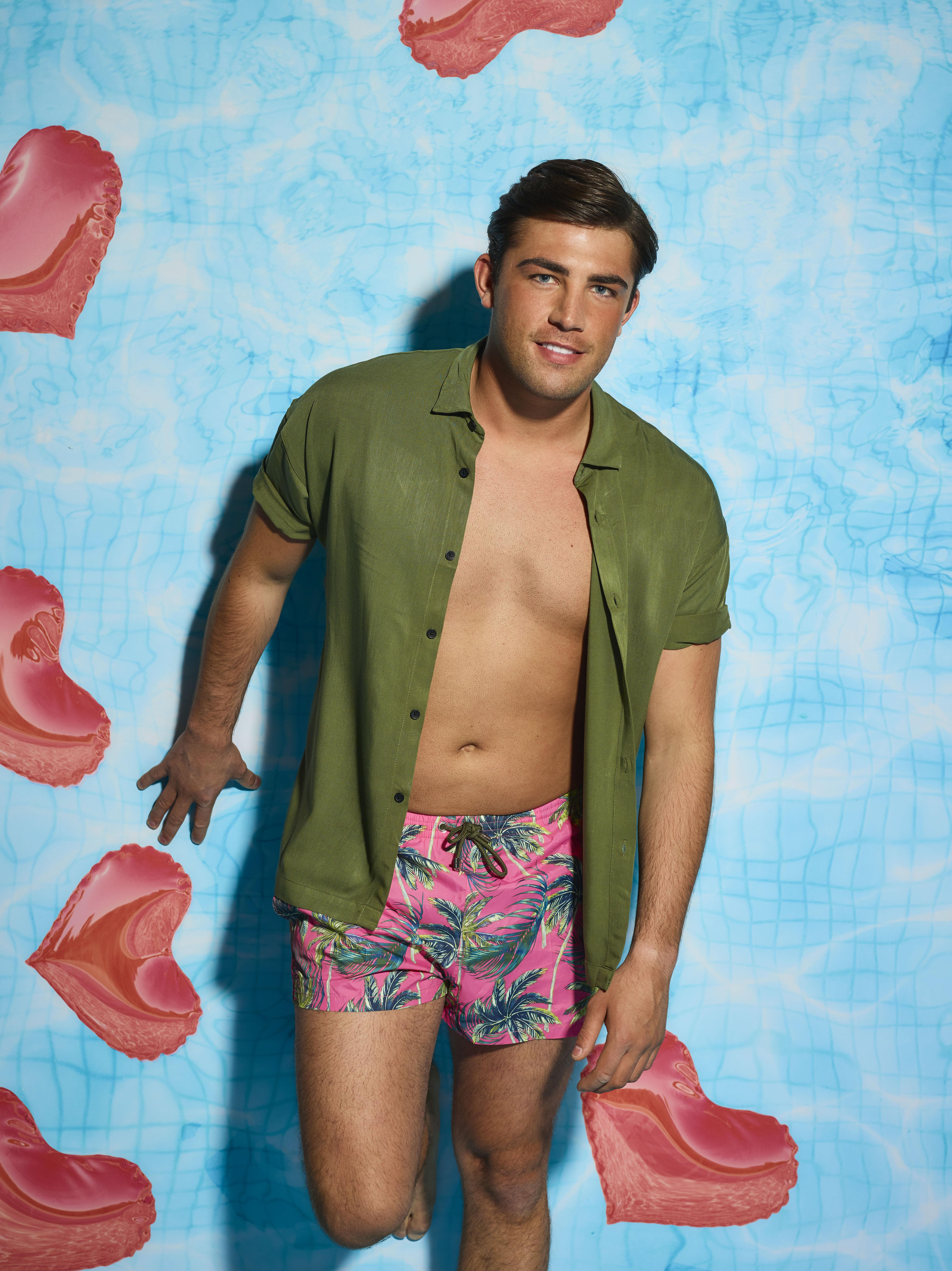 During their outing Dani tells Ellie how she felt when she realised Jack’s ex had entered Casa Amor, saying: “It’s not the nicest situation to be in… I didn’t really know. Were you in here for Jack, or…?”

Ellie recounts her past with Jack as Dani asks what he was like when they were together.

“He could have gone about things a little bit differently but he did apologise for that… I wouldn’t go back there. He didn’t make me that happy. 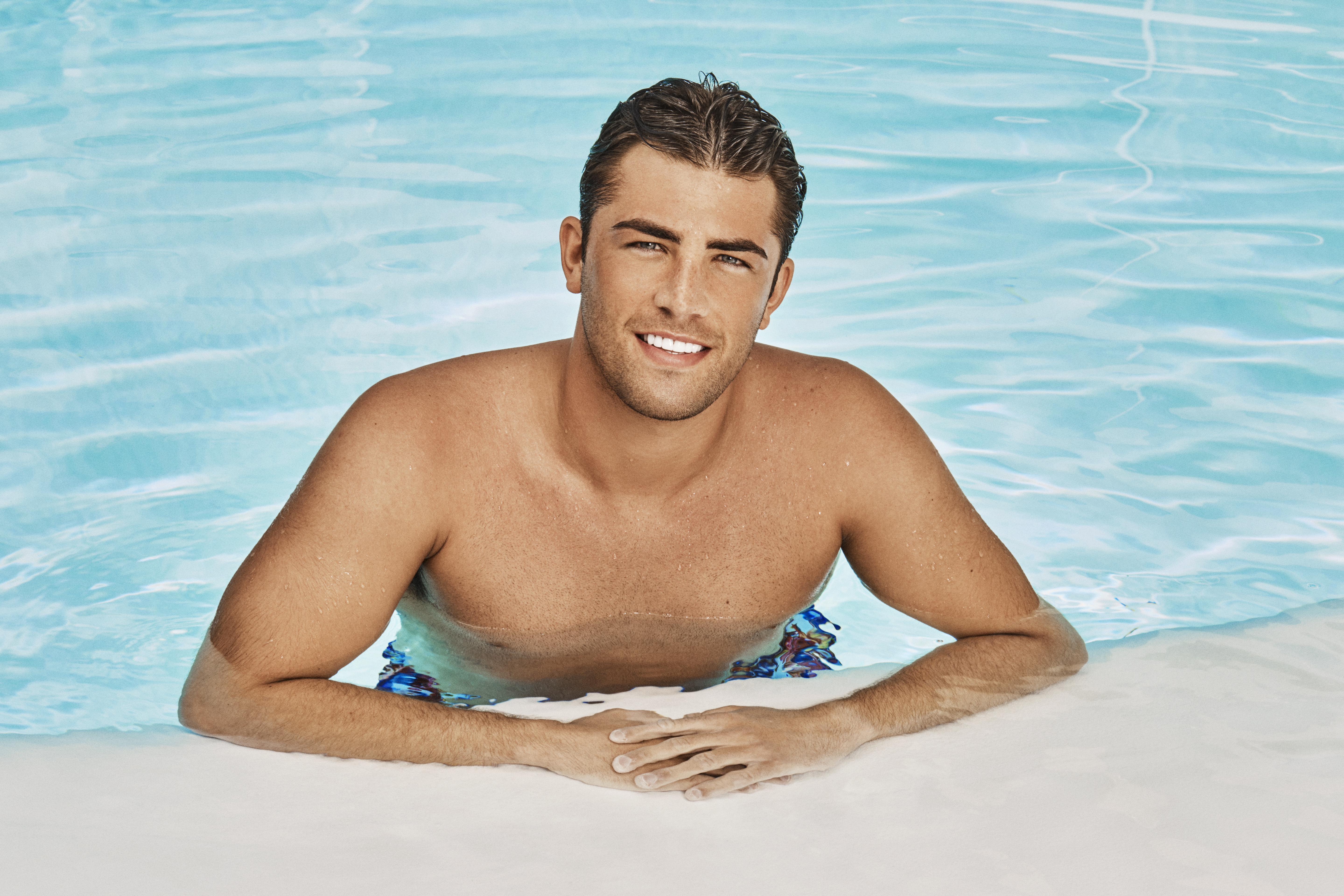 “I was a bit down about it in that situation… He wasn’t the best. He could have just done things a bit differently.”

Dani explains that she just wants Jack to be honest with her as Jack is left worrying back in the villa what Ellie might be saying about him.

Jack says of Dani having to go for drinks with Ellie: “Nobody likes hearing things they don’t want to hear.”

In the Beach Hut, he says: “I am absolutely itching to find out what Ellie has been saying about me because I’m guessing I was topic of conversation…

“All I want to know is what Dani and Ellie spoke about.”

Later, back at the villa, Dani confronts Jack about some of the truths she found out about him from Ellie.

Dani tells him: “I didn’t realise you two were that intense. She said to me that you’ve been on and off for two years.

“This girl is sitting there telling me all this stuff about you. It’s not nice to hear. It made me worry a bit.”