Yet another of this year’s Love Island stars has a connection with last year’s contestant Kem Cetinay.

Now, there’s a whole new batch of islanders on their way to the villa and one of them also has a past with Kem, albeit not a romantic one — luckily for Kendall.

Digital Spy reported earlier this week that a second villa will soon be introduced, with 12 new islanders moving in as part of Thursday night’s (June 28) episode. One of those newbies is 23-year-old makeup artist Kazimir Crossley. 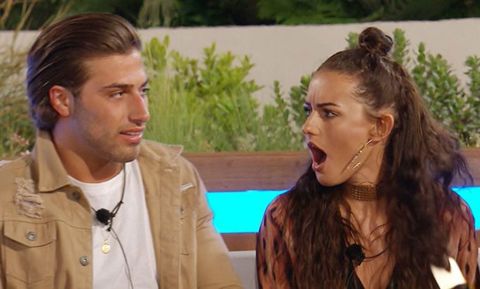 Before heading into the villa, Kazimir told the Love Island press team that she actually worked with Kem shortly after he left the ITV reality competition last year.

“I did Kem’s makeup,” she recalled. “I was asking him all about Love Island but it was a long time ago and I never would have dreamed back then that I would now be going on the show.”

Kazimir worked on the music video for Kem and partner-in-crime Chris Hughes’ ‘hit’ single ‘Little Bit Leave It’, and has also collaborated with Stormzy.

The London-based newbie also dropped a few hints about what viewers can expect from her in the villa, promising that she probably won’t be one to bring the drama.

“I bring the positive vibes,” she said. “I get along with everyone so want to bring everyone together. I’m not as serious, I don’t take myself too seriously. I’m there to have a lot of fun!”