The couple, who tied the knot in Essex earlier this month, were seen looking a little bleary-eyed as celebrations for their nuptials got into full swing. 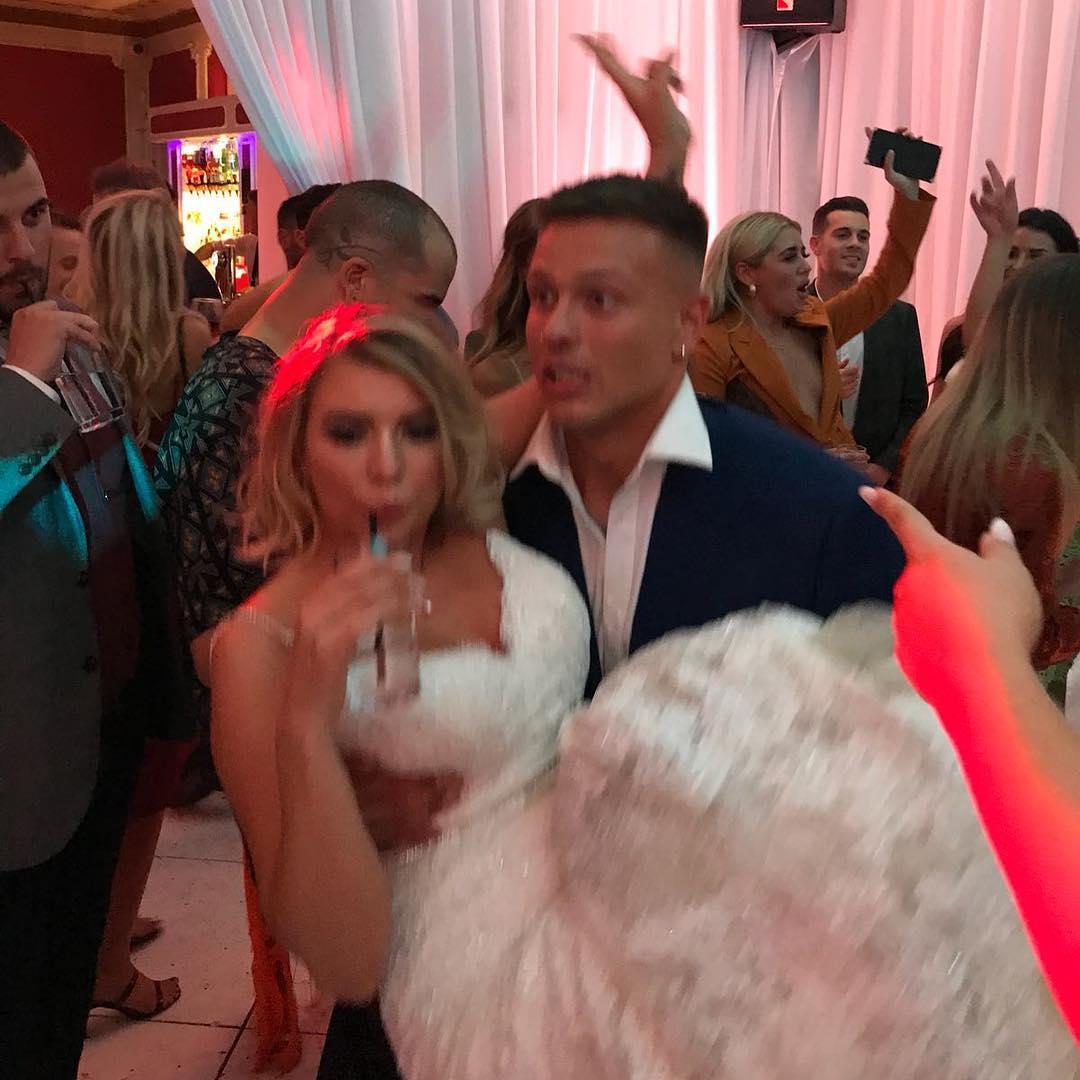 The pair married at Gosfield Hall and gave fans a glimpse at the stunning day in a sleek OK! shoot.

However, Alex proved the bash took a raucous turn later on when he shared a hilarious snap of himself carrying Olivia across the dance floor.

With Alex grimacing as Olivia happily sipped on a drink in her wedding gown, he joked in the caption: "Now this is a f***ing wedding photo. THE BOWEN WAY."

Olivia shared the same snap to her story, with the words: "We know how to do a wedding I tell ya", followed by a string of laughing emojis. 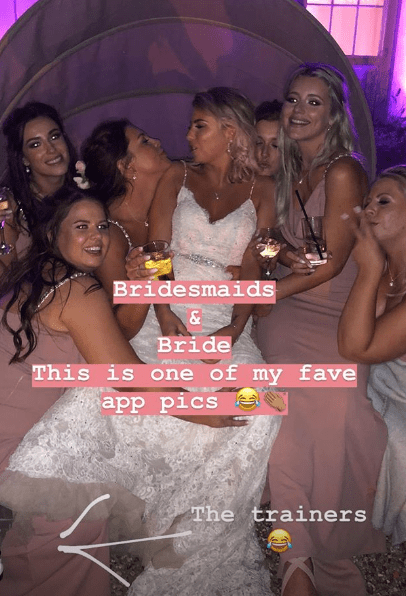 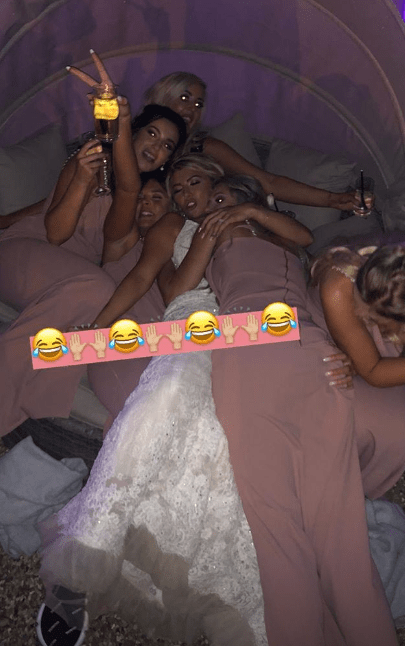 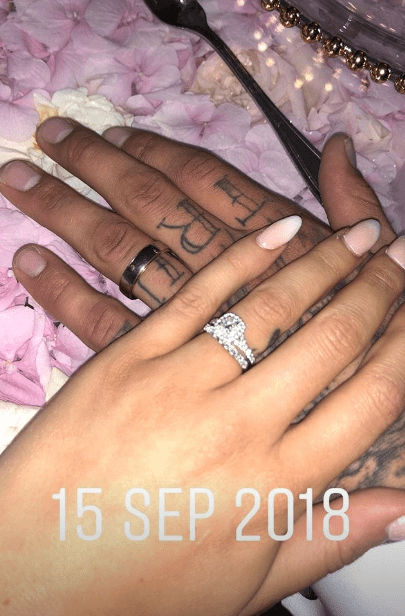 With the reception getting into full swing, Olivia also shared photos of her and her bridesmaids lolling on a chair outside.

Smiling for the camera in the first image, the girls were then seen lying on top of each other in a second, while toasting their drinks at the camera.

Only adding to the hilarity, Olivia's black trainers were also in shot – having changed out of her stilettos as the dancing kicked off.

However, the make-up artist later shared a more civilised snap of her and Alex cuddling, with her lace gown and train billowing down the stairs as they posed. 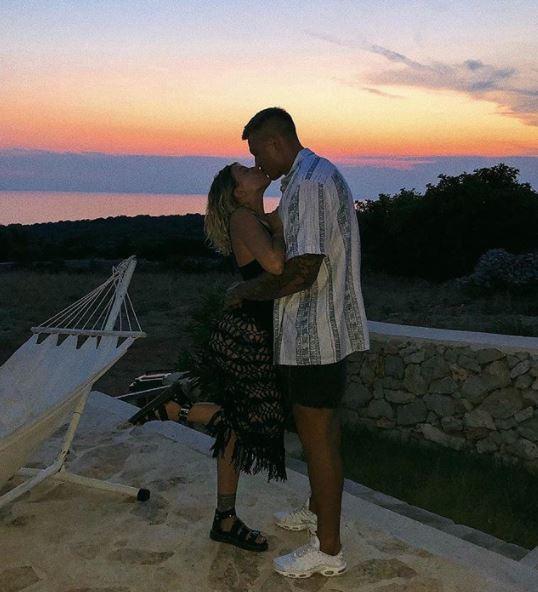 She added the affectionate caption: ""Nobody in the world, but you & I." My forever favourite day."
Alex and Olivia are currently enjoying an idyllic honeymoon in Sri Lanka and the Maldives.

The pair met on Love Island back in 2016 and became engaged in New York after a whirlwind six-month romance.

Speaking on their TLC show Olivia & Alex Said Yes, which documented the journey to their wedding, the Essex native admitted Alex had saved her from depression.

Fighting back tears, she said: "It's difficult to plan a wedding when you suffer from anxiety, because you start to feel like, 'Am I doing the right thing?'" 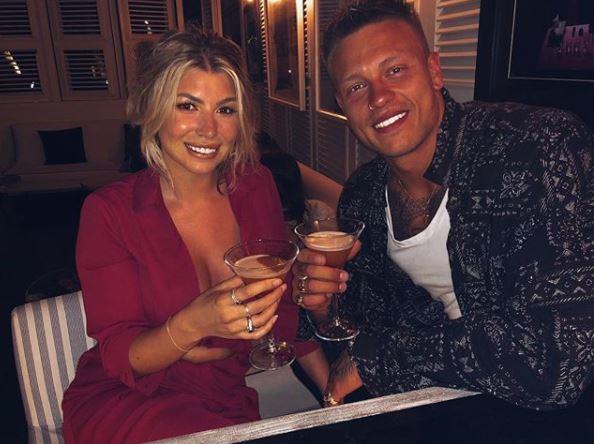 She then stumbled over her words, before adding: "But I've learned to overcome it a lot, and with Alex, he like, I can't even talk about it.

"I think, he stopped me being depressed at the end of the day. If you find someone who gets you over a mental illness. You should marry that person."