The 25-year-old showed no signs of heartache on Tuesday as she soaked up the sunshine on the beach. 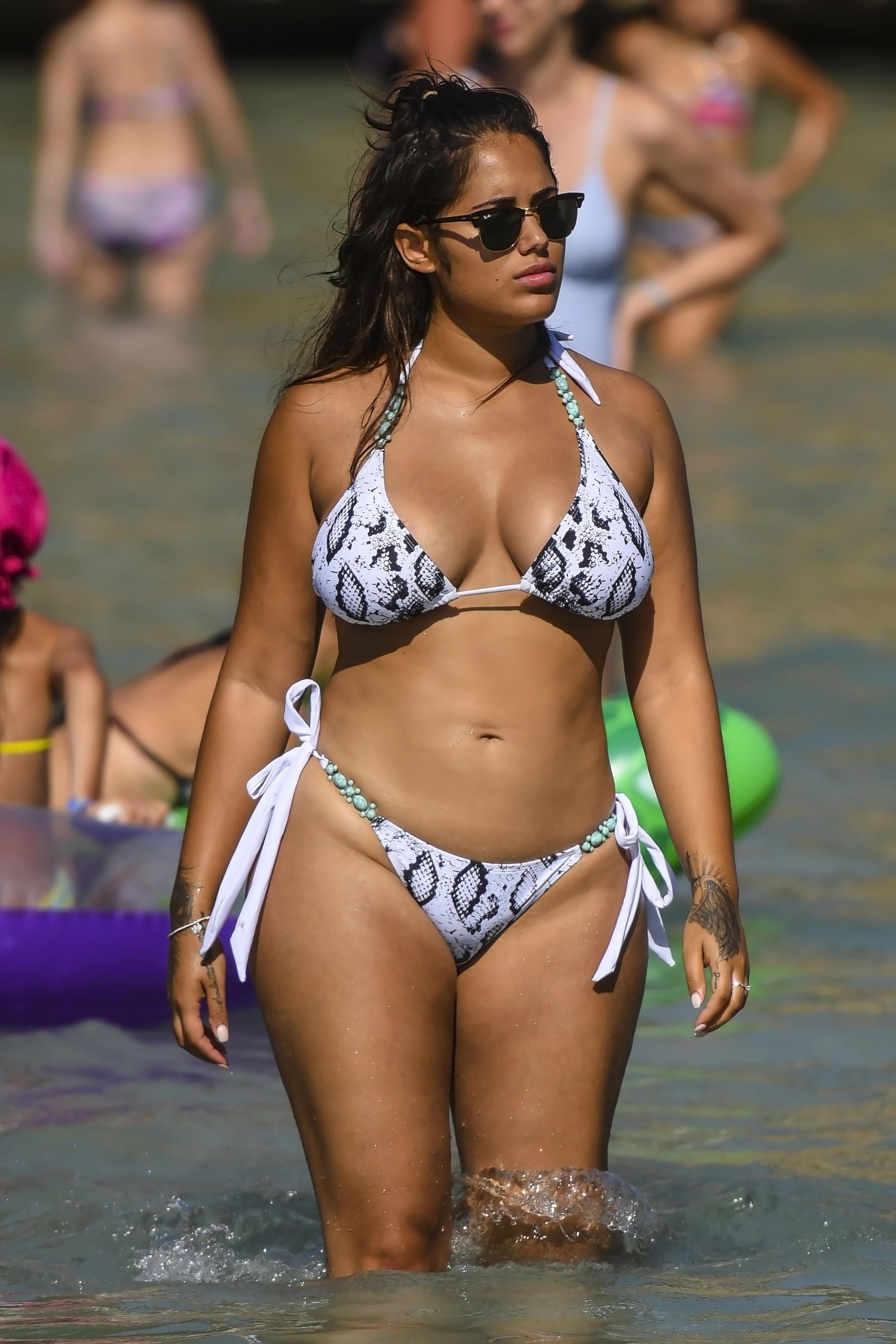 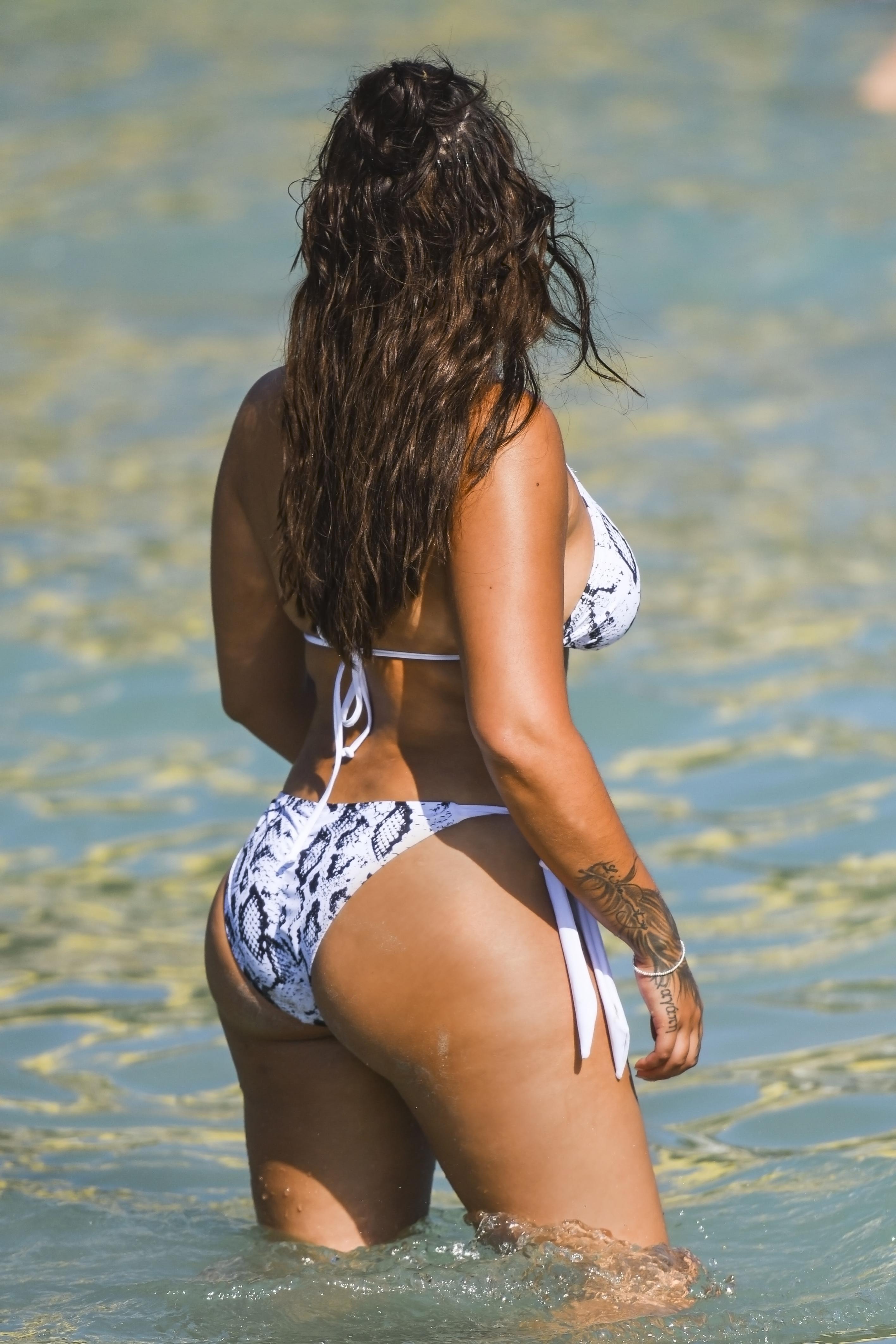 The reality star was glowing in her snakeskin beachwear, which she paired with trendy Wayfarer shades for her day of tanning.

First reclining on the sand, Malin then enjoyed a paddle in the shallows as she relaxed away from the drama of the UK.

Earlier this month, Malin claimed her boyfriend Tom had cheated on her while she was pregnant.

She wrote on Twitter: "Lol so just found out I’ve been cheated on… Being pregnant n cheated on. Lush." 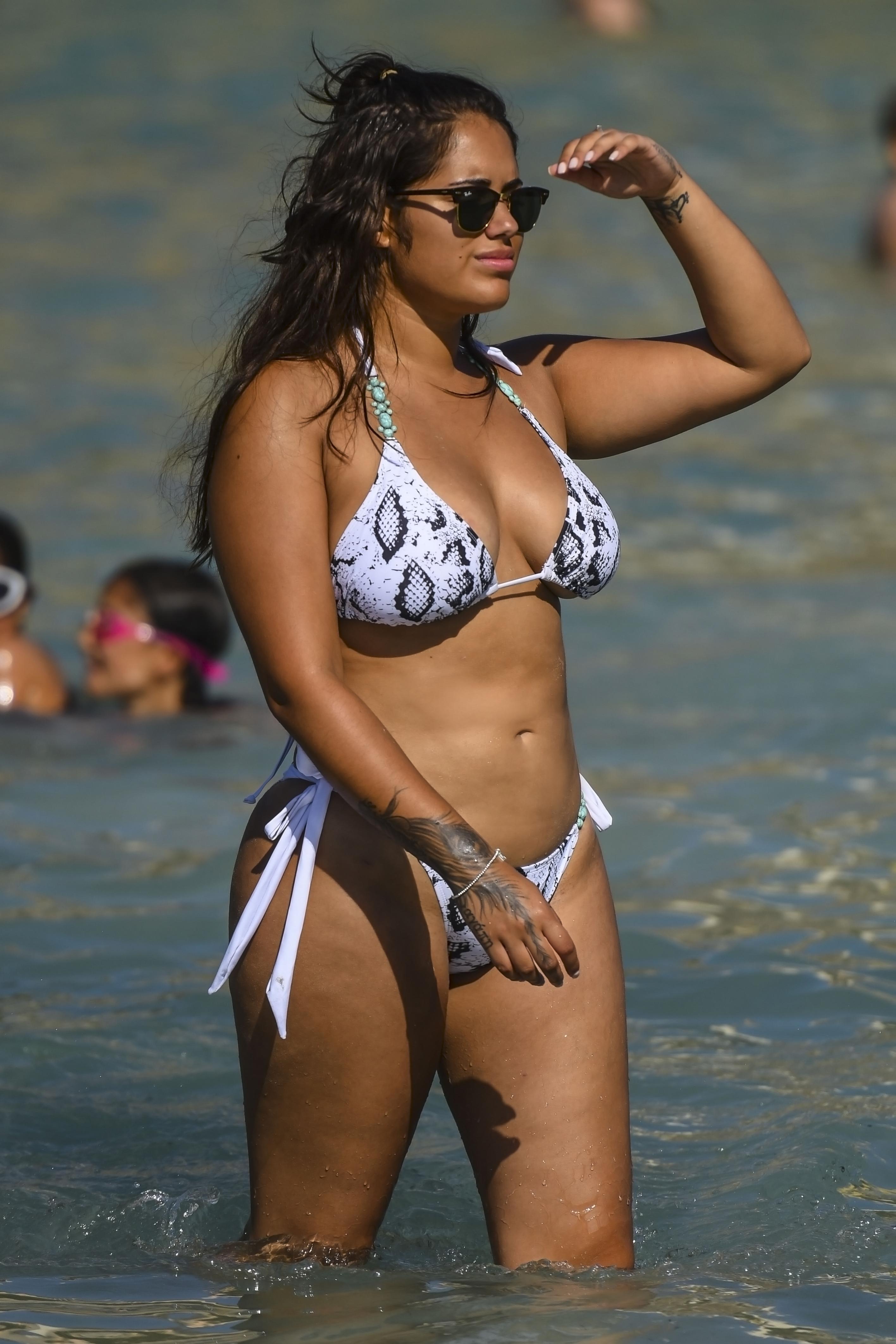 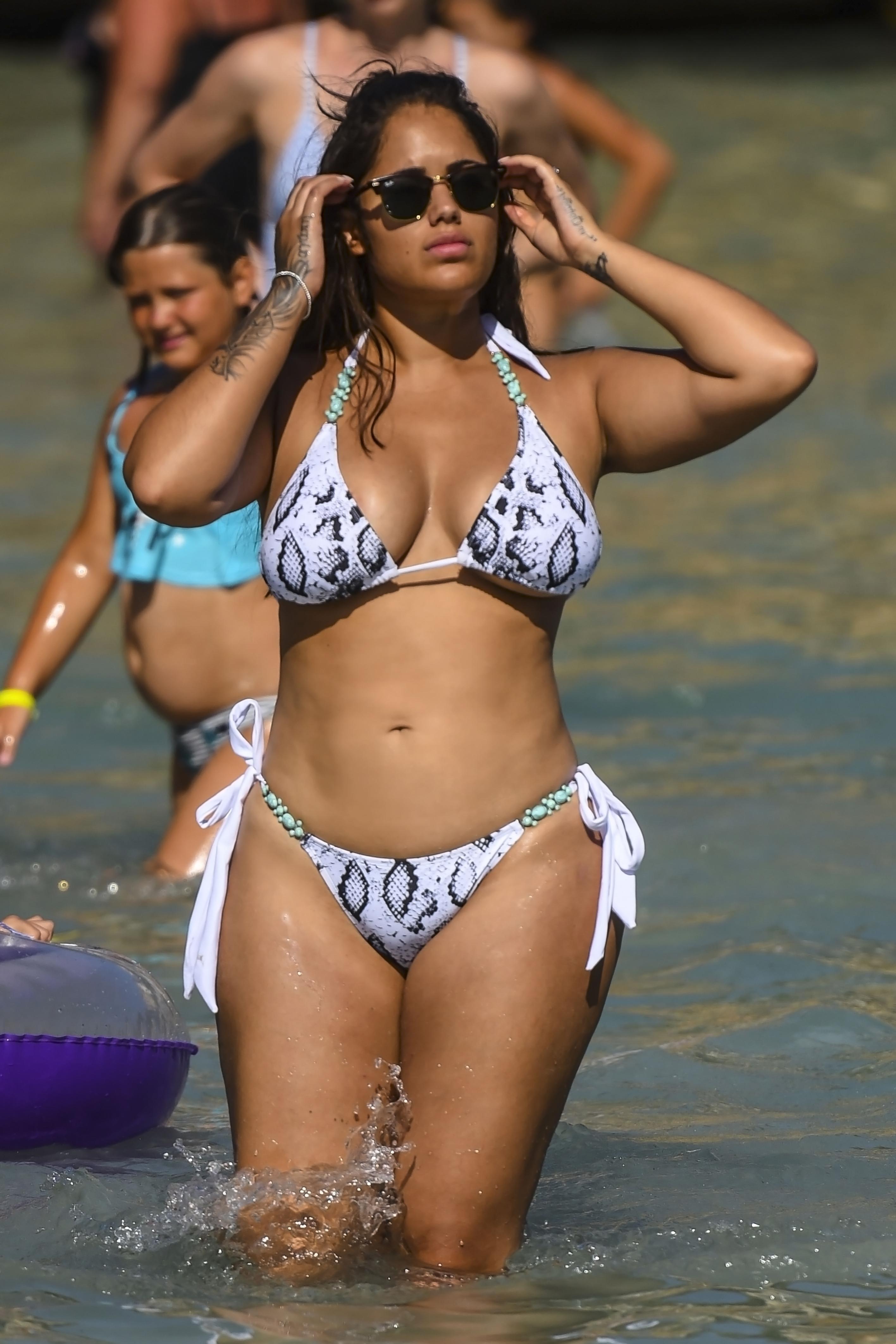 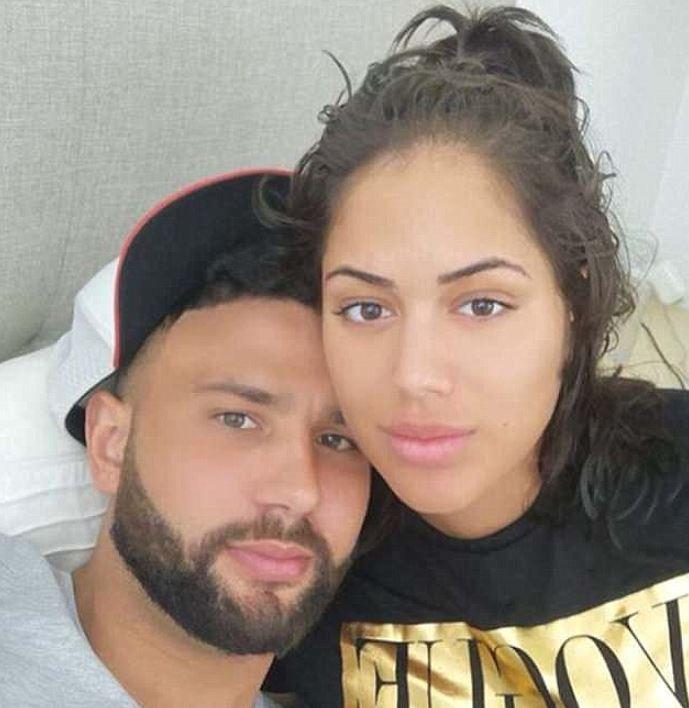 Before adding the following day: "My next relationship will be 100% healthy, by that I don't mean it will be perfect 24/7 but it will NOT be mentally draining, possessive, fear-based, manipulative, one-sided, suppressive, controlling and lack the empathetic ability to connect to one another in order for growth."

The star fell pregnant after a whirlwind romance with the dad-of-two, who had just come out of a nine-year relationship.

Tom, 27, is already a father to two young children, including a baby who is nine-months old.

His former relationship came to an end November after he met Malin, who was dealing with the recent loss of her mum. 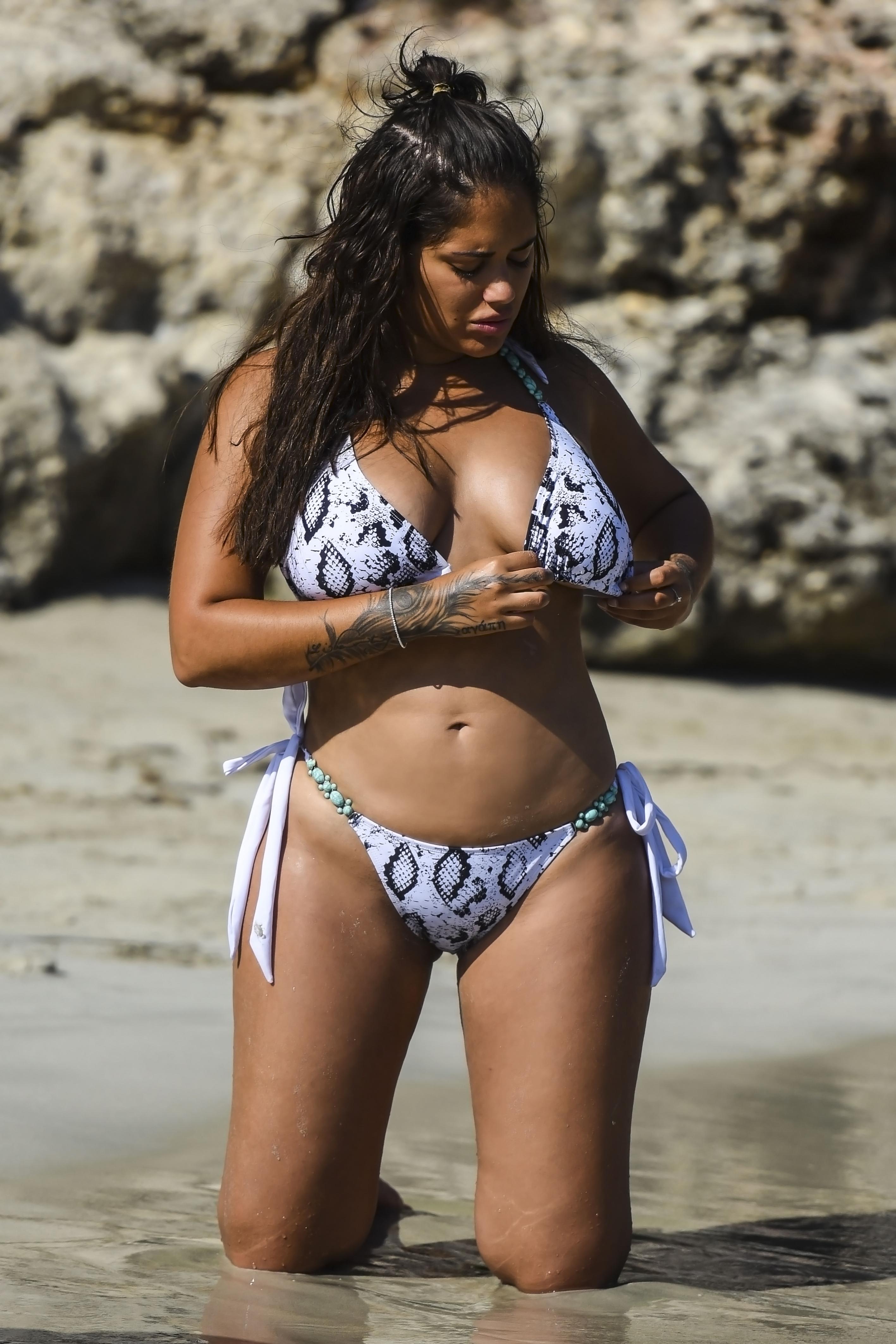 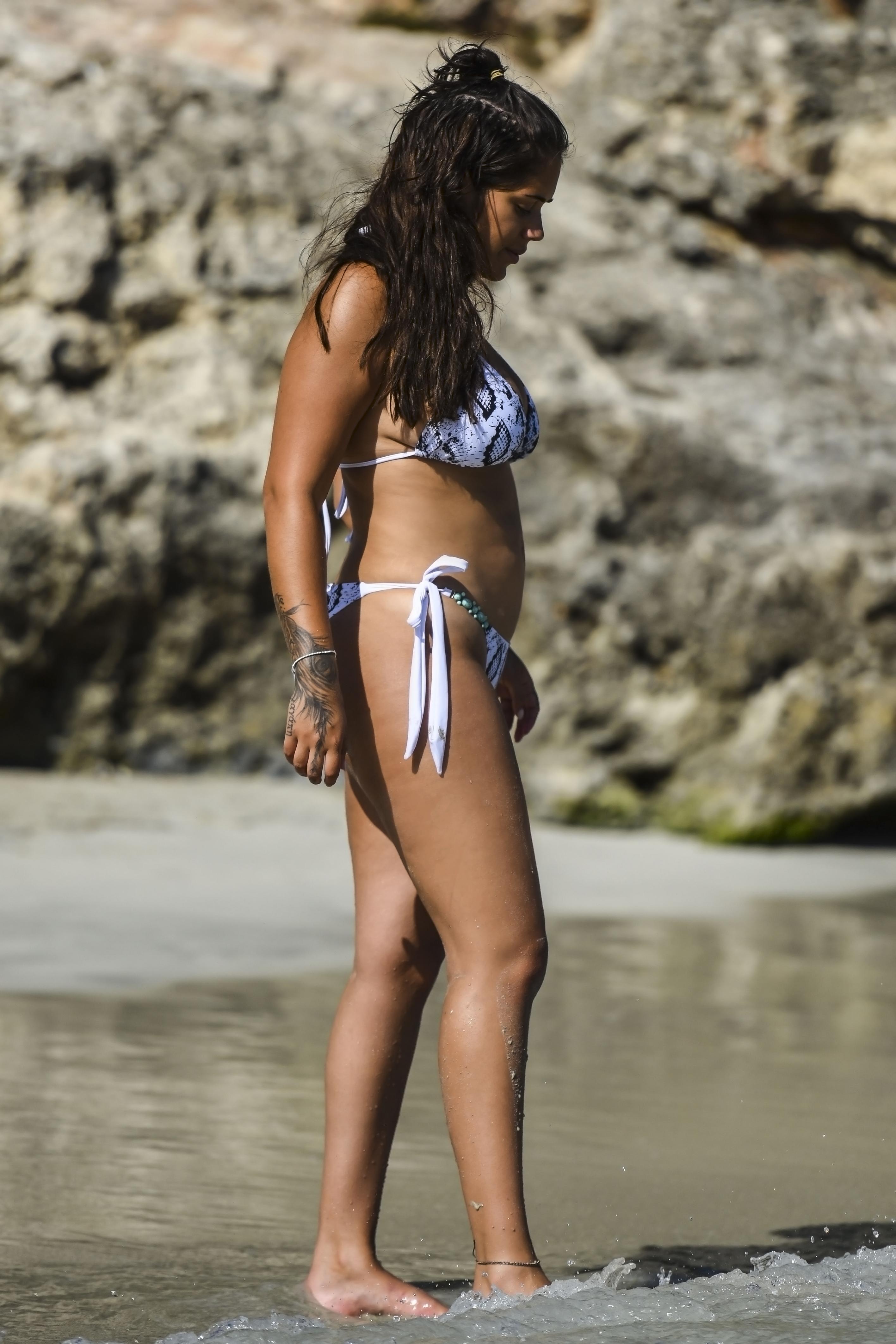 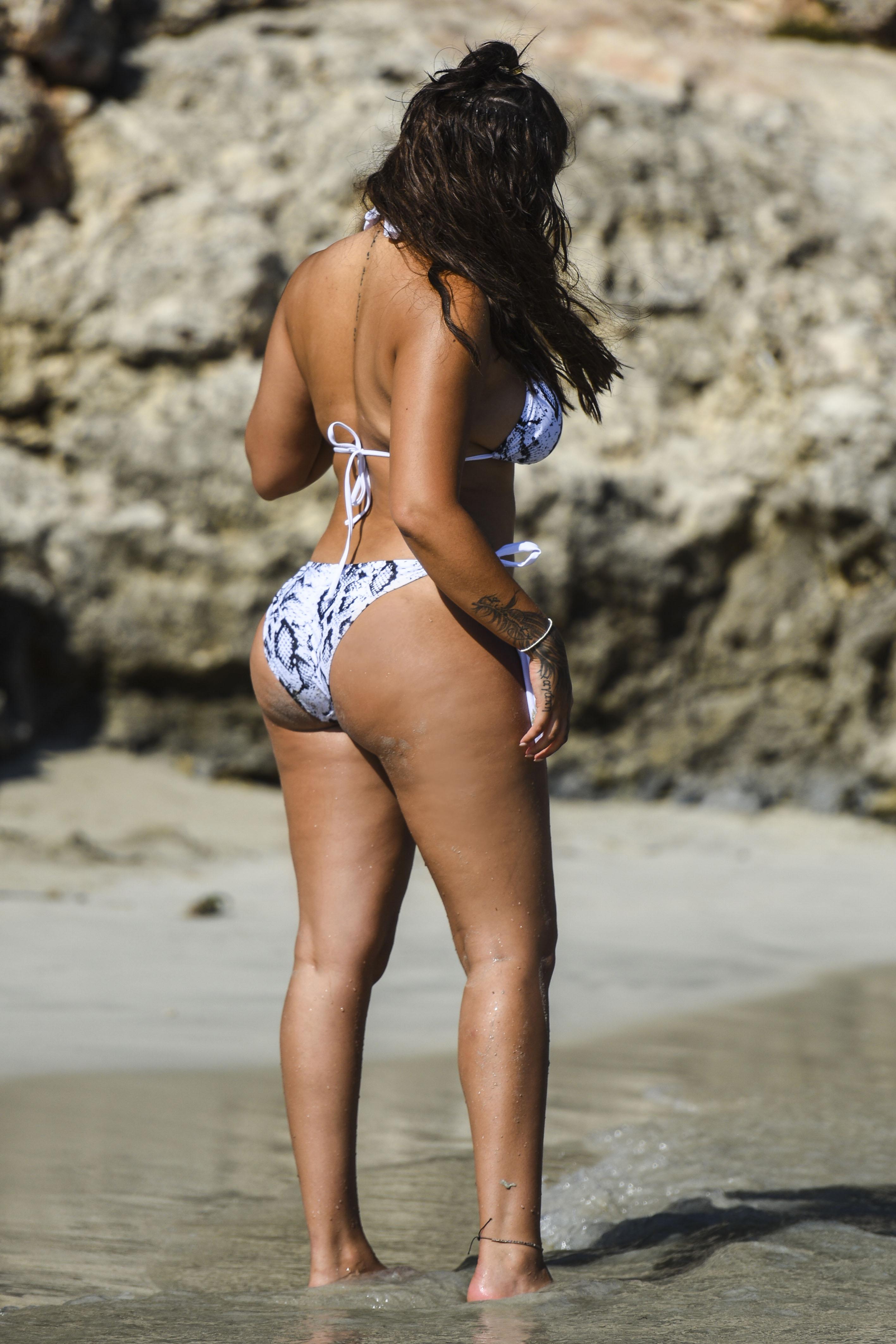 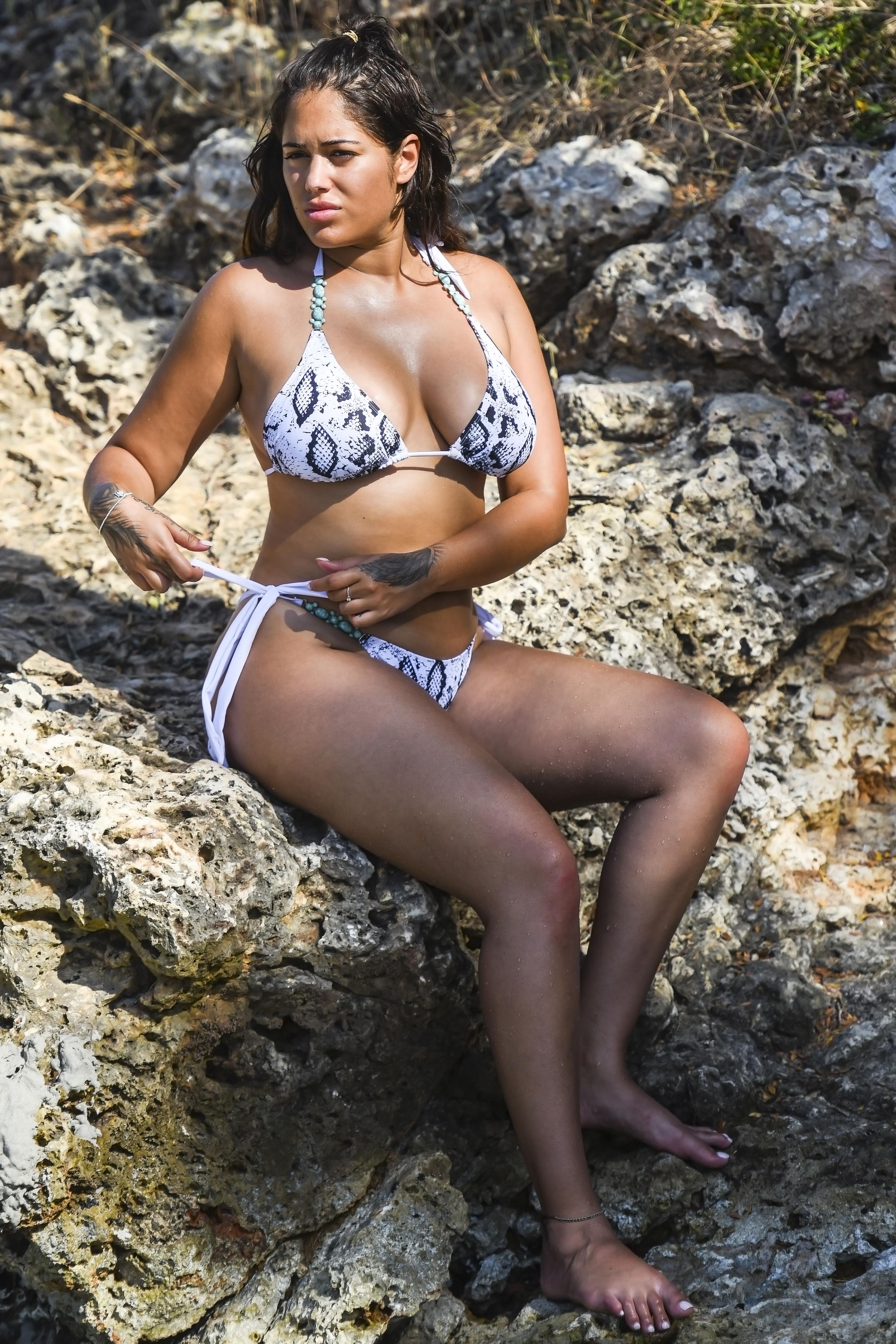 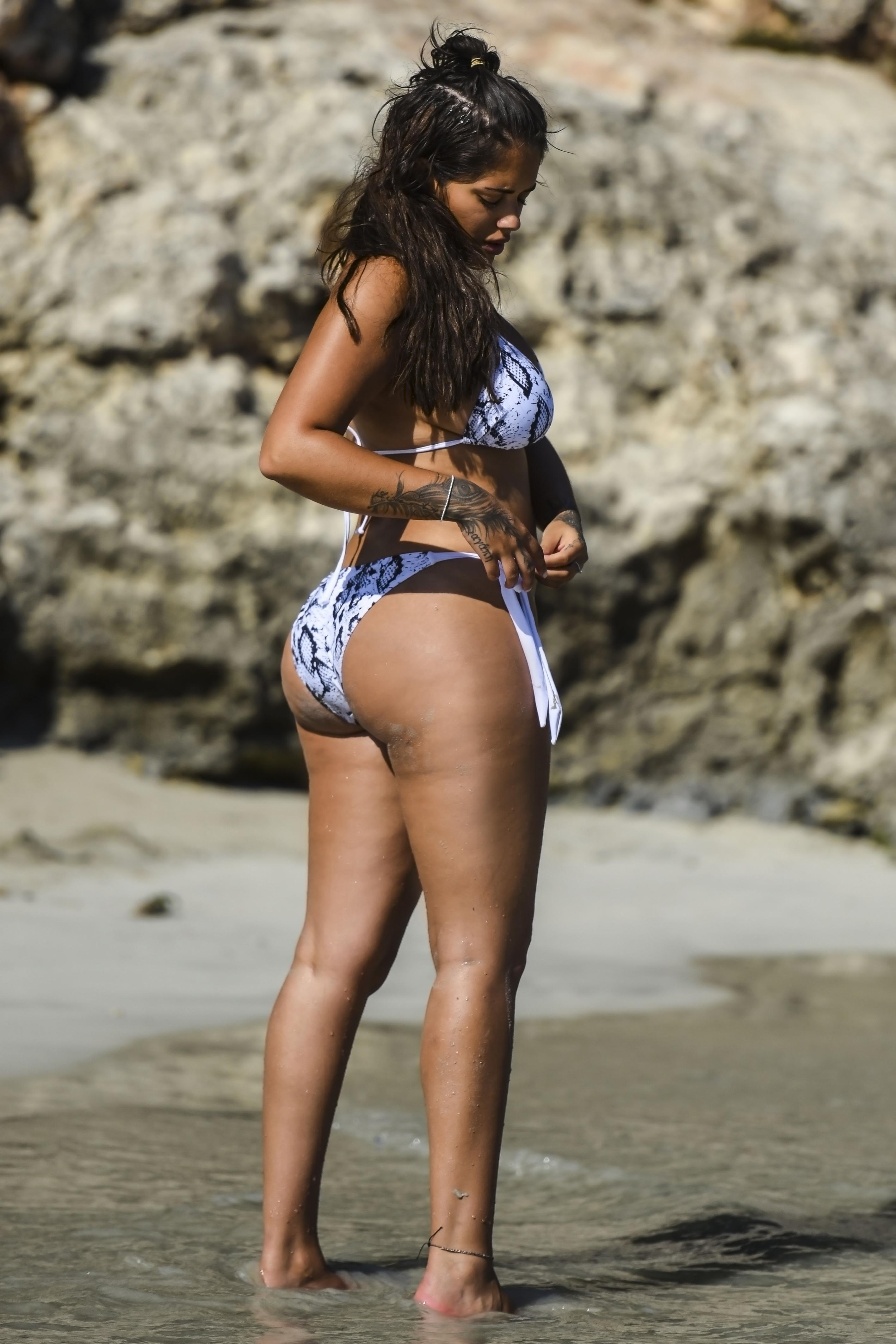 Malin previously admitted her pregnancy was a total surprise, telling The Sun in June: “I am feeling quite shocked about being pregnant to be honest. It hasn’t sunk in yet.

“My mum passed away in November and within the same year I will be bringing a new life into the world. I would like a girl. I’ve got a feeling it’s going to be a girl as well."

Before adding of Tom: "I met him a week before my mum died weirdly. We stayed in touch as I didn’t want to date around that time but he pursued me." 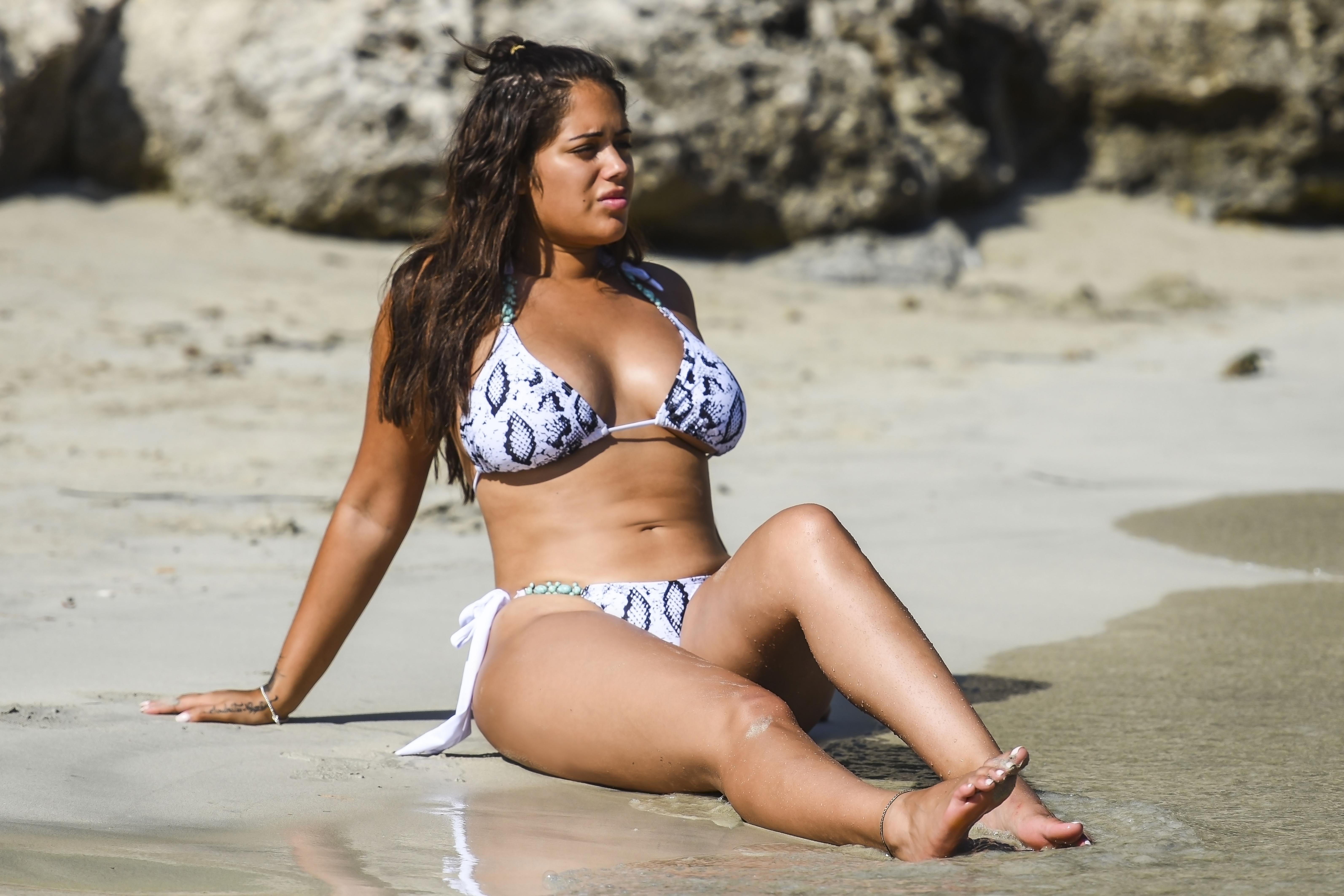