Love Island‘s Zara McDermott has confirmed that she and Adam Collard are still an item.

Rumours were sparked when Zara attended a public appearance without Adam on Saturday (September 22). Although Adam was on the guest list, Zara arrived at London’s Madison bar alone.

Now, Zara and Adam have revealed that they’re still together, via Instagram Stories. “Just to clear this one up guys, Adam’s just here,” Zara said. “He just went to the gym while I went to a PA.”

Imagine that. They just did separate things that evening. 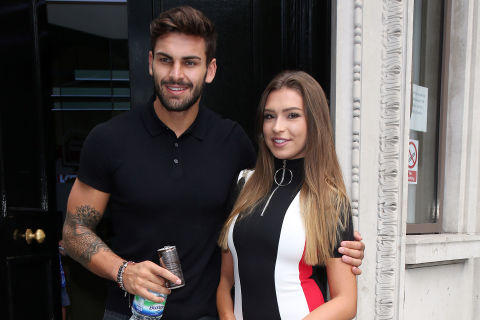 Earlier this year, Zara apologised after using the N-word in a video on Instagram.

The 21-year-old was being recorded by boyfriend Adam as she rapped along to Chris Brown’s track ‘Look at Me Now’, using the N-word several times while Adam praised her “bars”.

“I am genuinely sorry to have offended anyone,” she added later. “It just upsets me that people would ever think I was being intentionally nasty or ignorant because I wasn’t.”

Meanwhile, ITV’s reality show Survival of the Fittest – nicknamed the ‘winter Love Island‘ – has been axed after just one series.

The show, hosted by Laura Whitmore and voiced by comedian Brennan Reece, will not be returning, according to a spokesperson – who told Digital Spy in a statement: “There are no current plans for a further series of Survival of the Fittest.

“It was an ambitious and brilliantly produced show and we’d like to thank Laura, Brennan and all the team who worked on it.”