'Lucifer' Cast Tells Us What They Think of That Rory Surprise 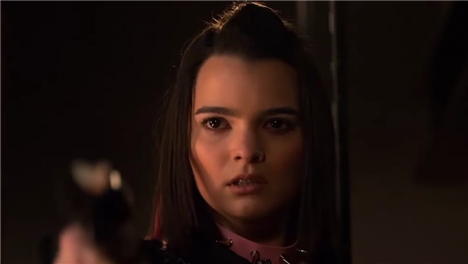 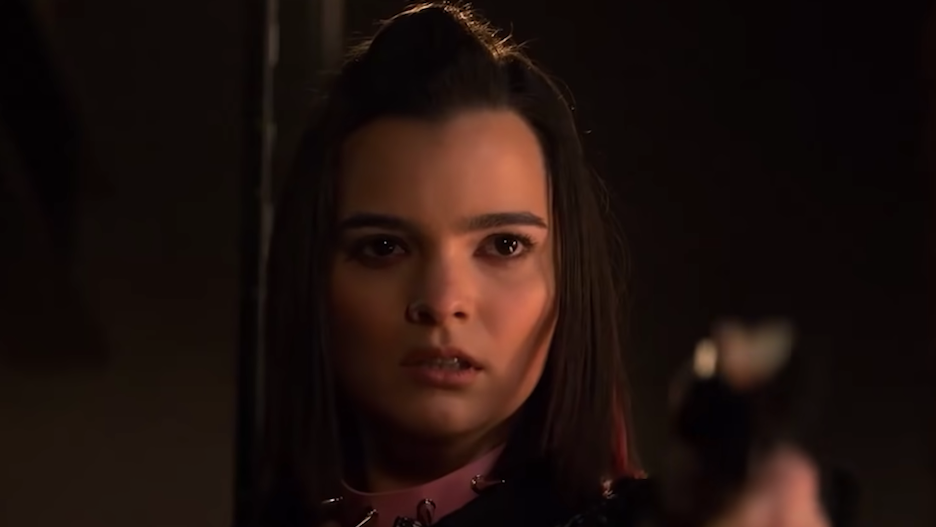 (Warning: This post contains major spoilers through the fifth episode of the sixth and final season of “Lucifer.”)

If you’re reading this post right now, we’re 99% sure you are one of the “Lucifer” fans who has just reached the point in Season 6 where it is revealed that Rory, the new character played by Brianna Hildebrand, isn’t just some random angel with an ax to grind, and she isn’t just Lucifer’s (Tom Ellis) angry, abandoned daughter, she’s Chloe (Lauren German) and Lucifer’s daughter — from the freaking future.

Yeah, that’s a lot to process for Chloe and Lucifer as they find out the truth, and for viewers who get that info along with them. But it also was a huge shock for the stars of the show, who told TheWrap what they thought of “Lucifer” showrunners Ildy Modrovich and Joe Henderson’s biggest twist for the sixth and final season.

See below for the cast’s reactions, which TheWrap collected ahead of the final season’s Friday launch.

Tom Ellis: I didn’t know what Joe and Ildy were going to do, to be honest, because it felt like Season 5 was going to be the end of the show. We all played it that way. It was very last minute that we kind of found out about Season 6. So when they came with the notion of the Rory storyline, I was like, “Uh, I think that will work?” Maybe I wasn’t in the right head space to process it properly or whatever. But the one thing I will say is through acting it out and doing that and playing the roles that we did and being the parents and all of that sort of stuff, it was like, “Oh, this does feel like new unmined, really quite fascinating territory for these characters.” And there was stuff that I felt I was doing as Lucifer that I’ve certainly never done in the six years I’ve been doing it. And, you know, the emotions that he was going through, the feelings he was feeling and stuff. So I don’t want to say I was reluctant about what the storyline was, I just didn’t know how it was all going to work. But looking back at it now, it’s like, “Oh, it’s great.” It was that last kind of untapped thing that we managed to tap into.

Lauren German: Just like what Tom was saying, when we thought Season 5 was our last season, we went really hard with that season. We were done and we cut right to the chase, we trimmed the fat, so to speak. And then we get this Season 6, which was great, but also sort of scary in the way that like, “Oh, we already wrapped up the show, how do we do this?” And so when I heard the Rory storyline, I thought, “Oh, that’s interesting. I wonder how that’s going to work.” But once we got there and we shot it, what was so smart on the writers’ room’s part, and Tom had a lot to do with this, was keeping it about things that we all can relate to. Like Rory feeling abandoned and having someone go to Lucifer and be like, “Hey, you. You left me, you hurt me, you haven’t been there for me.” And seeing him on that side of the fence, really, with his daughter in the same–

Ellis: That’s what Lucifer’s been saying to his dad his entire life. And to have that said to him was like, “Whoa, hold on a minute.”

German: Right. And how brilliant to have one of your biggest issues, if you want to use that word — but Lucifer, one of his hugest issues is Dad. Lucifer has daddy issues. And then Rory comes along, and it’s always interesting in life when you are complaining about something or this has happened to me, and then someone comes to you and says it. Like, “You haven’t called me back,” and then someone comes to me, “Lauren, you haven’t called me back.” It’s like, “Oh, this is a communal experience.” We all go through the same things. And watching Lucifer be a father and then accountability coming into play, once he accepts the fact that he’s a father and gets over — they sort of bicker for a while, right? But then feeling responsibility for her and trying to better her life. And then you see Chloe and Lucifer as a team, really being parents. Like, “What can we do to make her OK or to make it the best it can be?” instead of, “What’s working for us, me, Chloe, or me, Lucifer?” Just really a selfless kind of union that they have in this this last season.

“I’ve got to be honest, I was really scared (laughs). I’ll just be straight up, we were supposed to end this show on Season 5. So you’re always like, ‘Oh, my gosh, do we have enough story to do justice, to do right by what we did?’ And then you shove that in the works. And I was like, ‘Ohhhh, wow. I hope it comes together’ Because it’s very tricky from a writing perspective. You’re talking about past, present, future. And you’re giving an audience that already loves an established cast, only 10 episodes to love a character — or hate her, right? Depending on sort of where you sit. But I think they did it beautifully.

And I think introducing Rory into that Deckerstar kind of relationship, it made sense because you’re seeing Lucifer not repeat some of that parental trauma, in the same way that Maze doesn’t repeat that parental trauma with her own relationship. She maybe tries to sabotage it, in the same way that Lucifer tries to sabotage his relationship. But Rory is like the glue, I guess, this season. And I think for Chloe, it has to be such a rug pulled out under her, ‘Hey, here’s my daughter from the future and she already knows my life.’ Kudos to Chloe for handling it, ultimately, at the end, like a pro. But I think Rory is like the magnet for those two, ultimately. There is always that attraction, but she’s that final click between the two.”

“First of all, Brianna is such a cool, cool human being in real life. And I was like a little starstruck when I found out that she was going to be part of the show. She’s just so cool. And I thought that she made a great addition to our storyline. I think once the audience finds out who she really is, it’s going to be such a shock and throw you for such a whirl that Lucifer could possibly have his own struggle of knowing how to be a father in this person’s life. And the moment on the beach between them, when they finally have their big moment of resolution, I thought was just beautiful. What I love about ‘Lucifer,’ the whole thing that we’ve created, is that it’s a story of relationships and our reactions to the world and whatever curveball it throws us and how we come out, or do not come out, on top of it. And I thought that adding Rory as this other added element gave such a depth, not only for Tom as an actor, but as a character, added just a whole other element that you didn’t expect. And I thought that she handled it and I thoughtthat [Ellis, German anddid a great job together.”

“I loved the character of Rory, simply because I’m a fan of [Brianna]. I just think she’s great. And I had a chance to direct her in my episode and she was just lovely and fantastic and so smart and so much fun. So I think that’s great. I don’t know how how the fans are going to receive it. I hope they receive it. I liked it, but you never know, right? You’re trying something, you’re being bold in your final season. And sometimes that goes really well and sometimes it doesn’t. I hope it goes really well, because just for me, personally, I like her so much, I think she’s fantastic.”

Check back with TheWrap throughout the weekend for more of our “Lucifer” final season coverage.