The superstar relocated to Lisbon, Portugal, last year with her four youngest children and said the state of affairs in the US inspired their move. 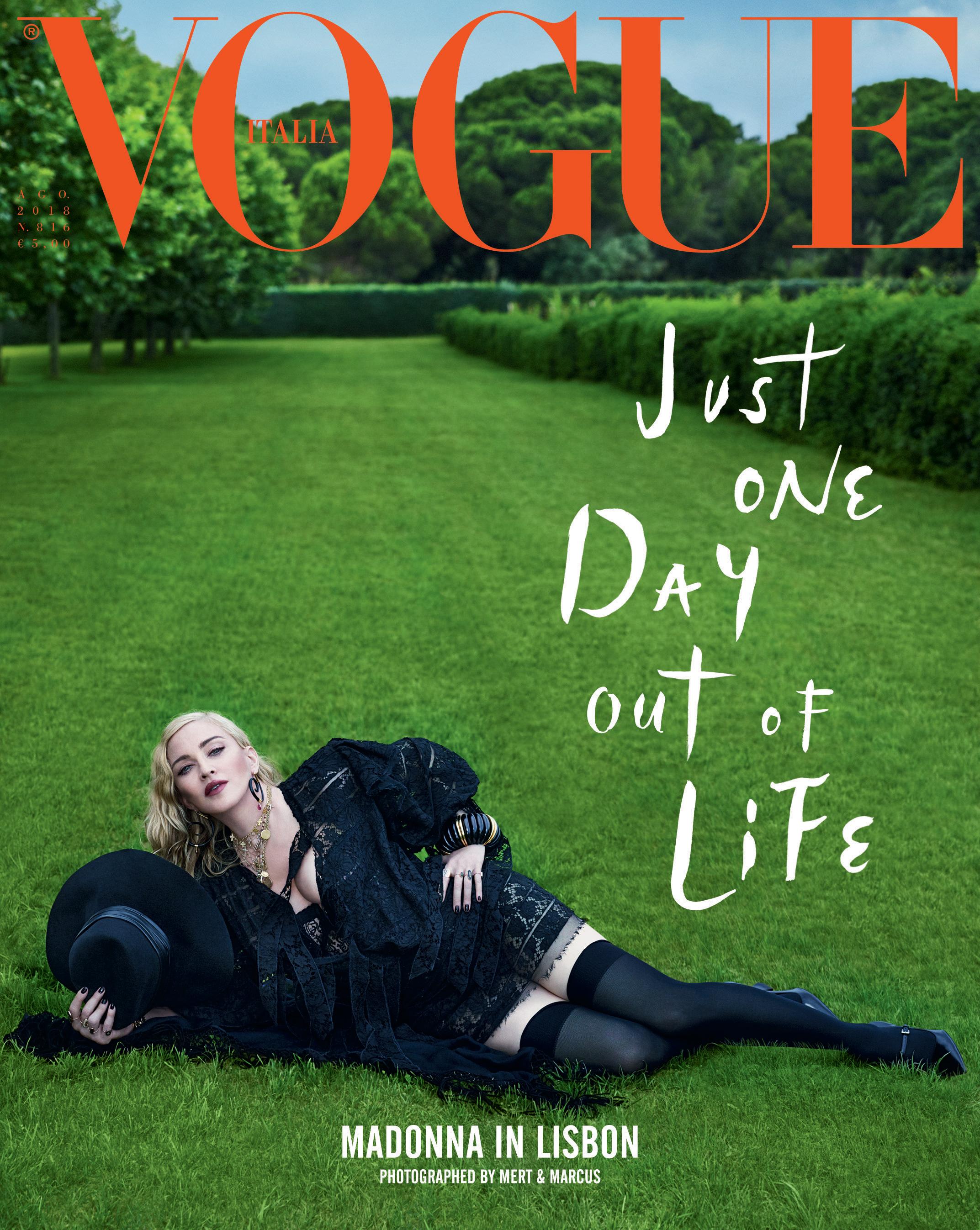 In her first in-depth interview in 18 months to mark her 60th birthday in a fortnight, she told Vogue Italia: “My son David, who is going to be 13 on September 24, has wanted to play soccer professionally for years.

“I’ve been desperate to get him into the best academies with the best coaches, but the level of football in America is much lower than the rest of the world.

“I saw his frustration, and I also felt it was a good time. I felt like we needed a change, and I wanted to get out of America for a minute – as you know, this is not America’s finest hour.”

But Madonna, one of the world’s best-selling acts of all time, having sold more than 300million records worldwide, admitted the move has left her with “no life”. 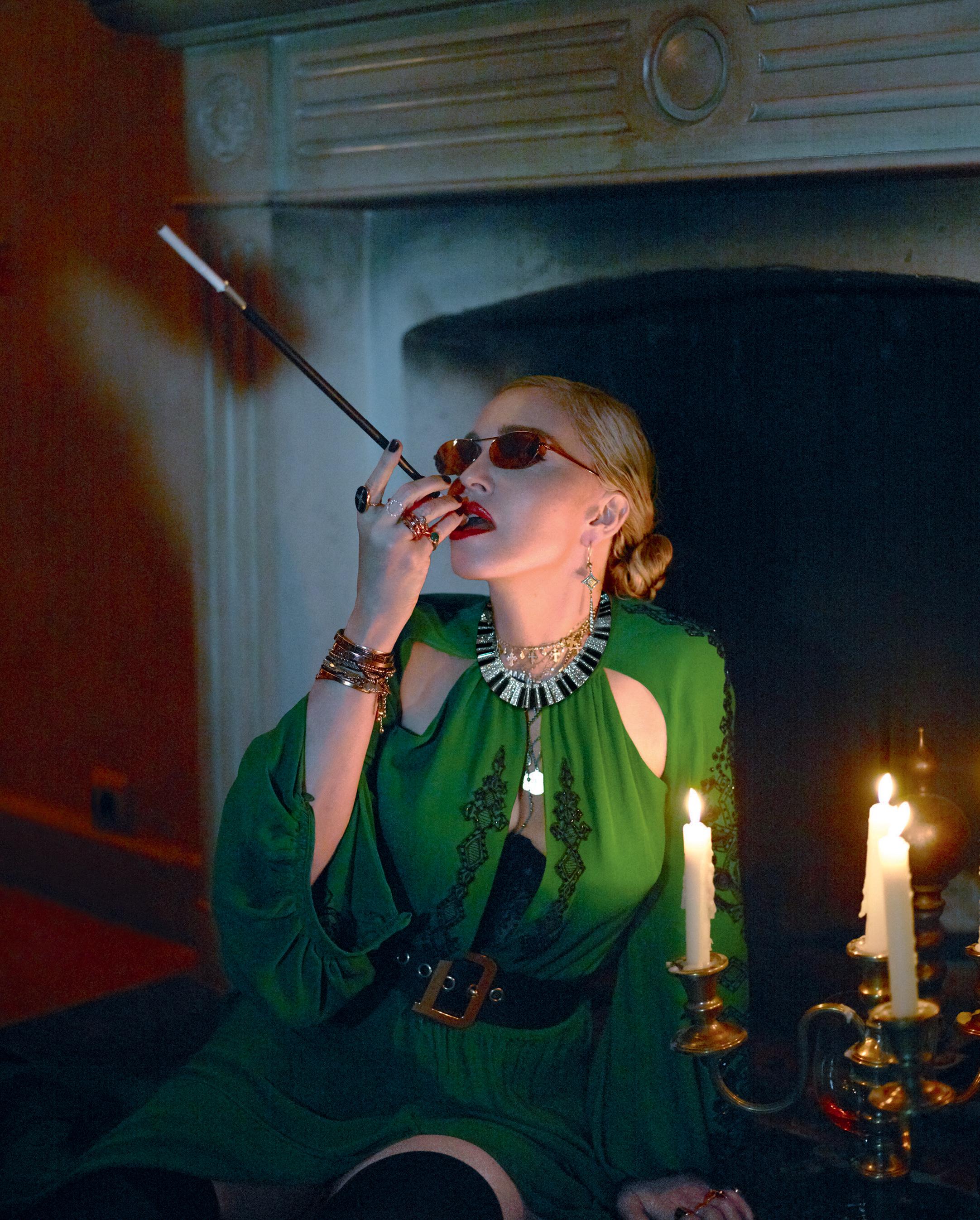 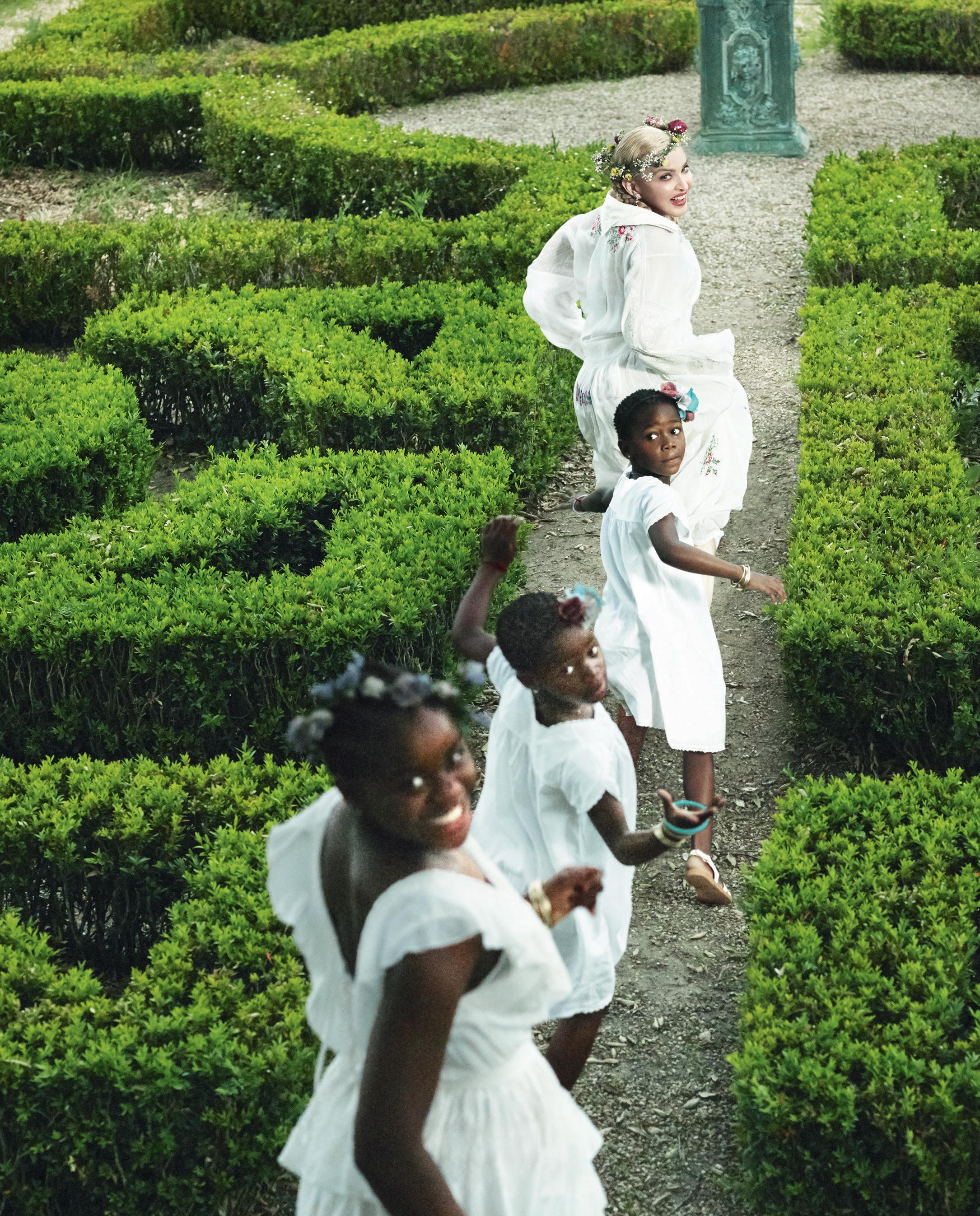 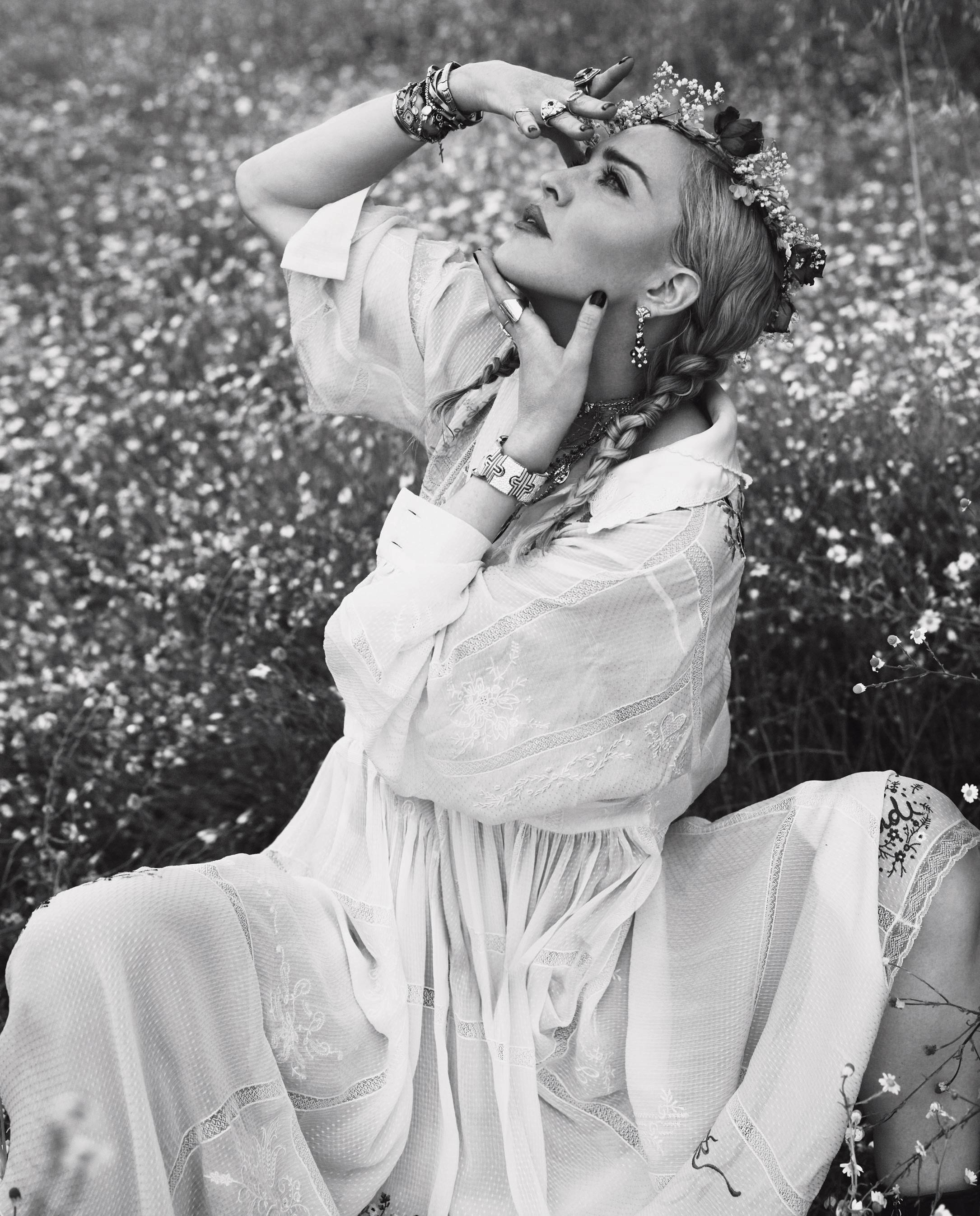 She has now settled in a mansion in the Portugese capital along with David Banda, 12, Mercy James, 12, and twins Stella and Esther, five.

But Madge, who also has older kids Lourdes, 21, and Rocco, 17, insists the decision to move for David’s sporting career doesn’t mean she expects him or her other children to be as high achieving as her. 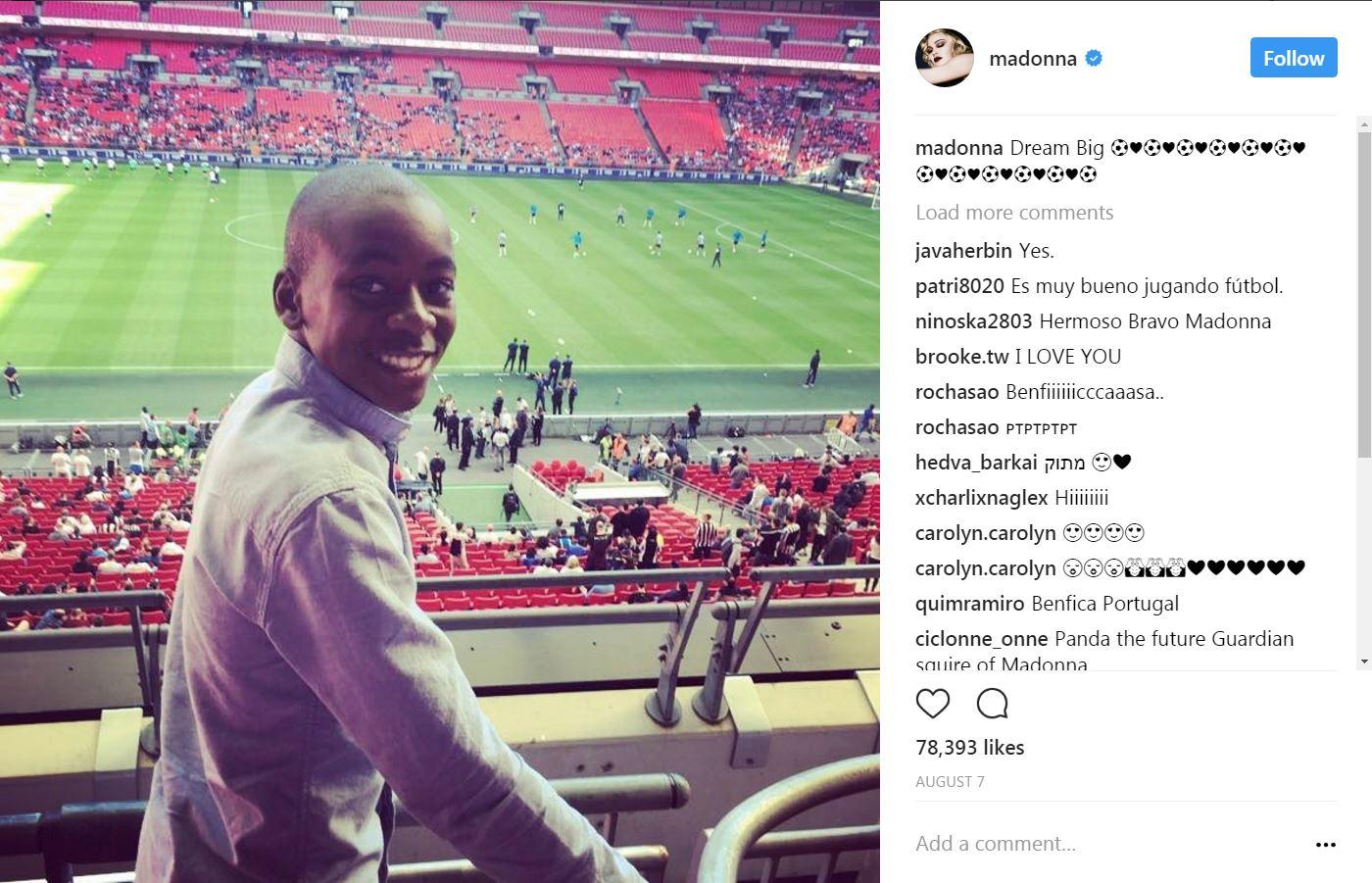 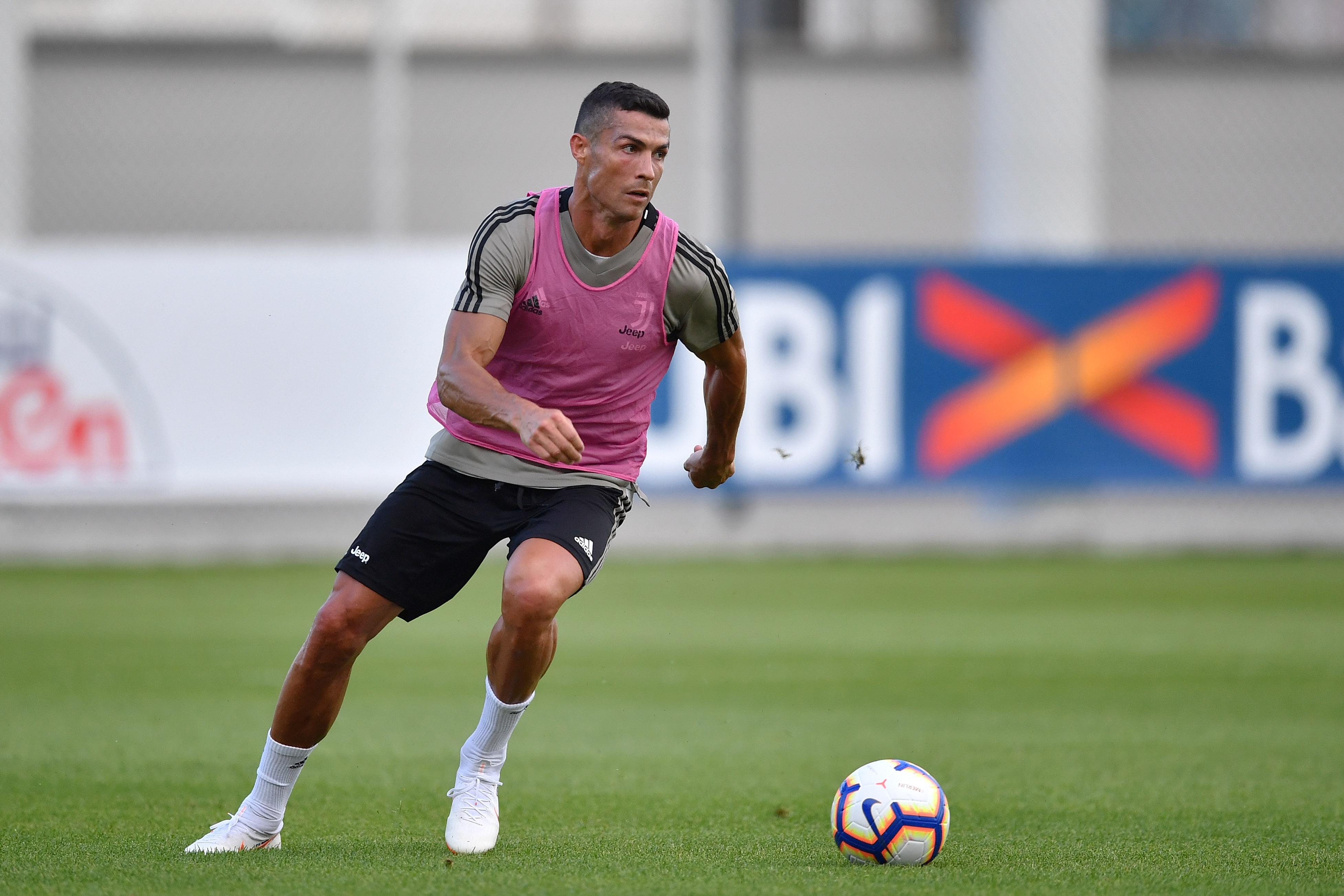 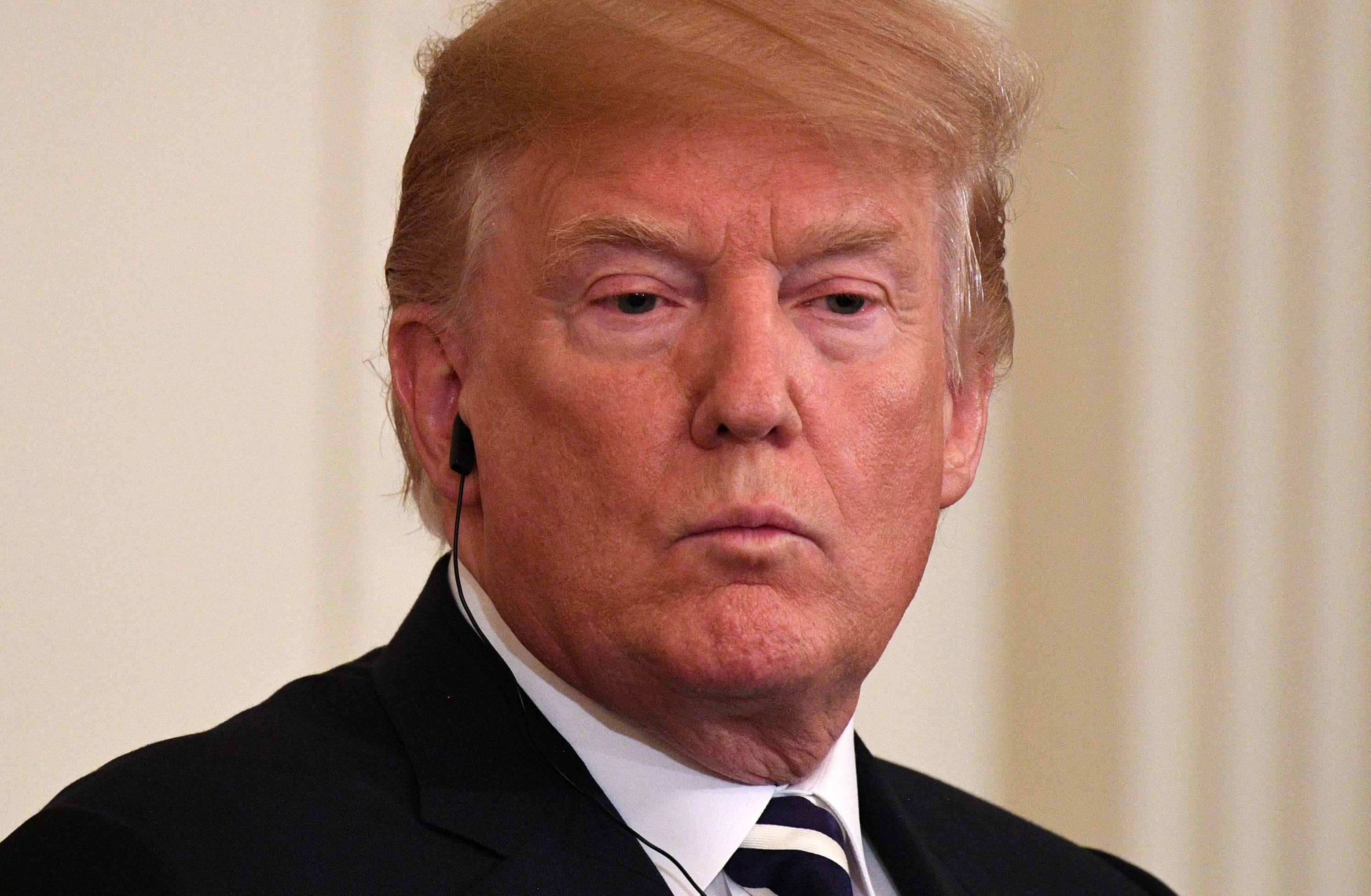 The Vogue singer said: “A lot of people say to me, ‘You must really want your son to be a successful soccer player, your oldest daughter [Lourdes] to be a dancer, Rocco to be a painter.’

“And I always say no, what I want my children to be is loving, compassionate, responsible human beings.
That’s all I want.

“I don’t care what the vehicle is, I just want them to be good human beings that treat other human beings with dignity and respect, regardless of skin colour, religion, gender.

“This is the most important thing, you know what I mean? If they happen to be the next Picasso or Cristiano Ronaldo, then great, that’s just the cherry on the cake. 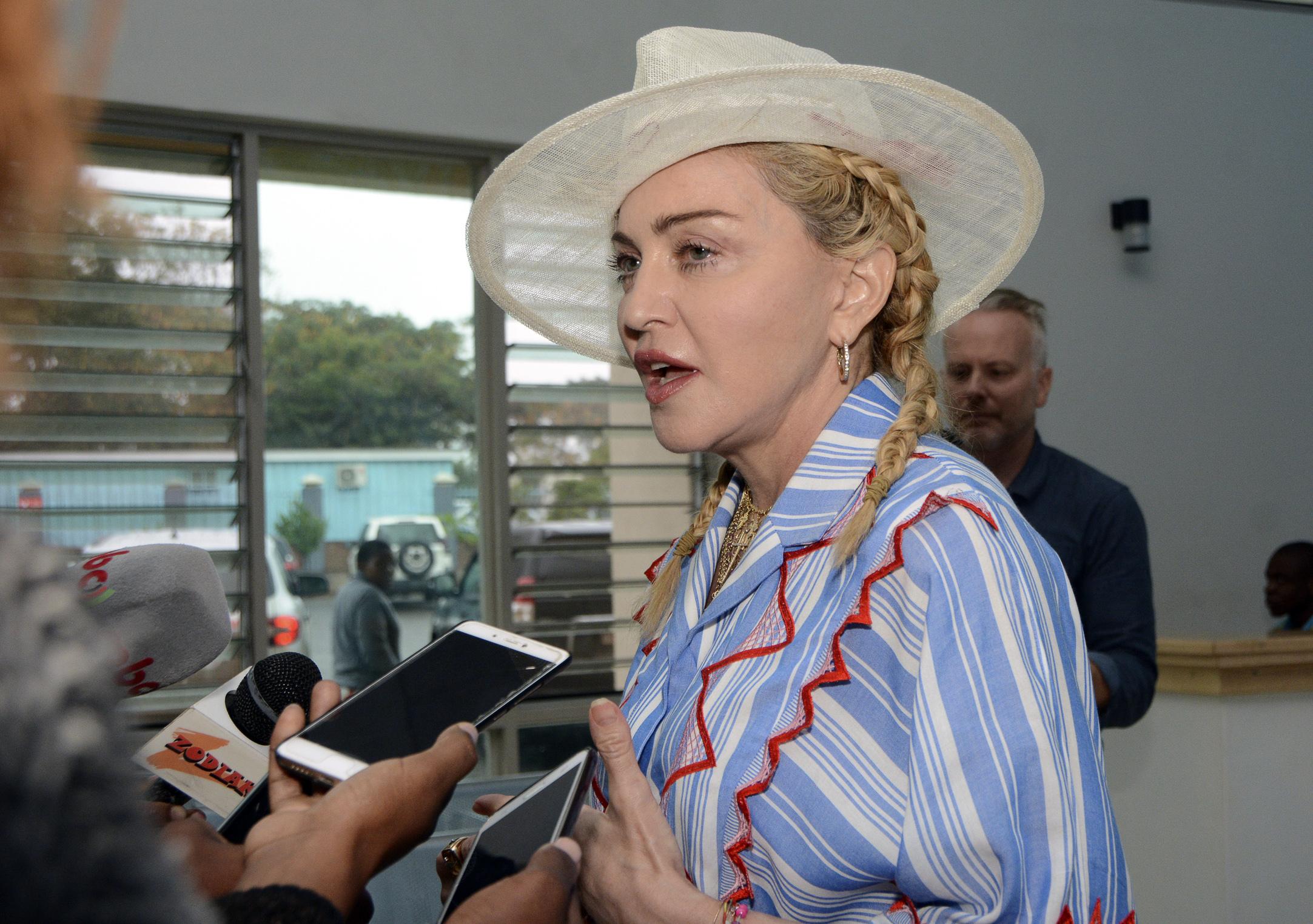 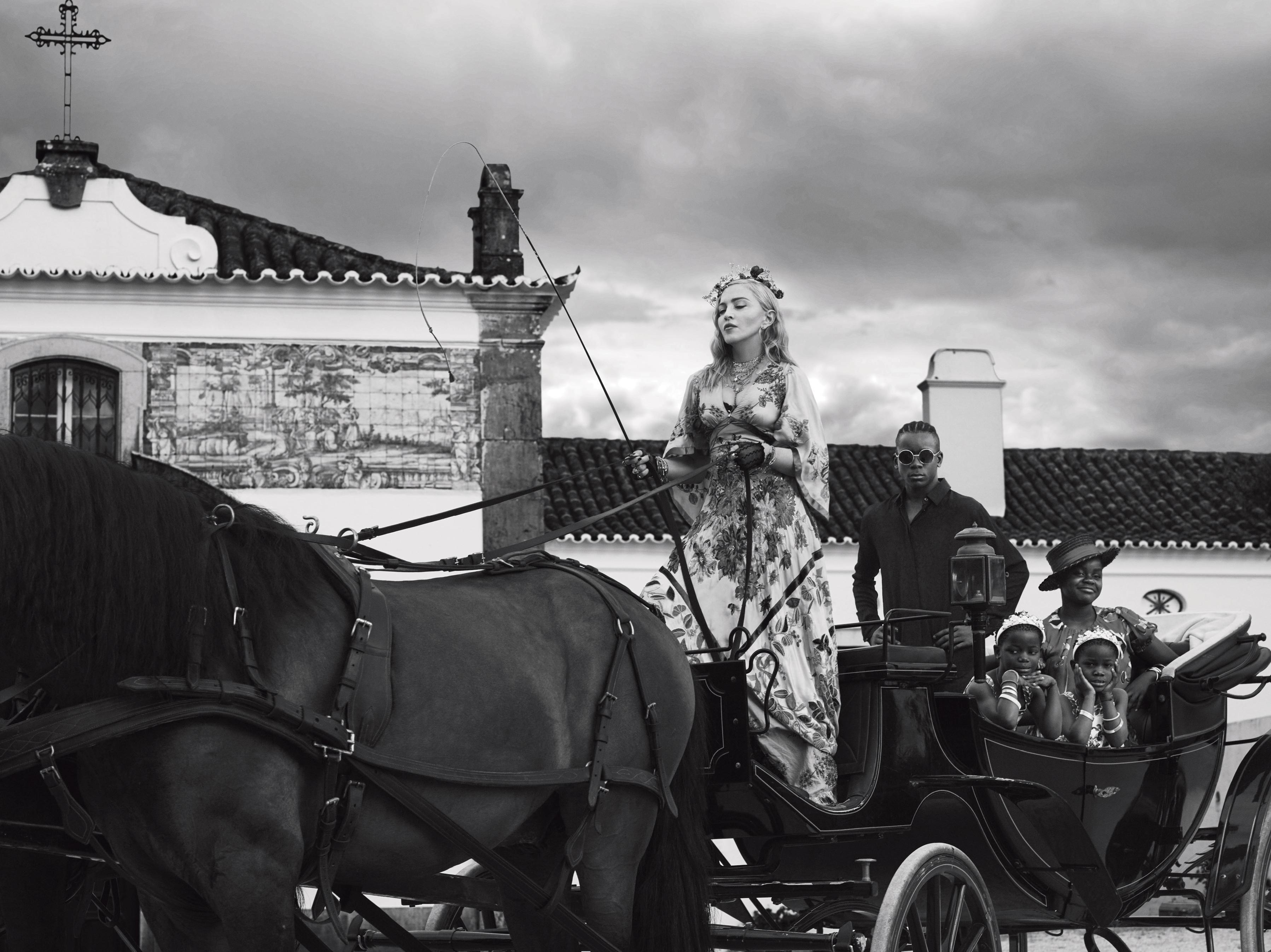 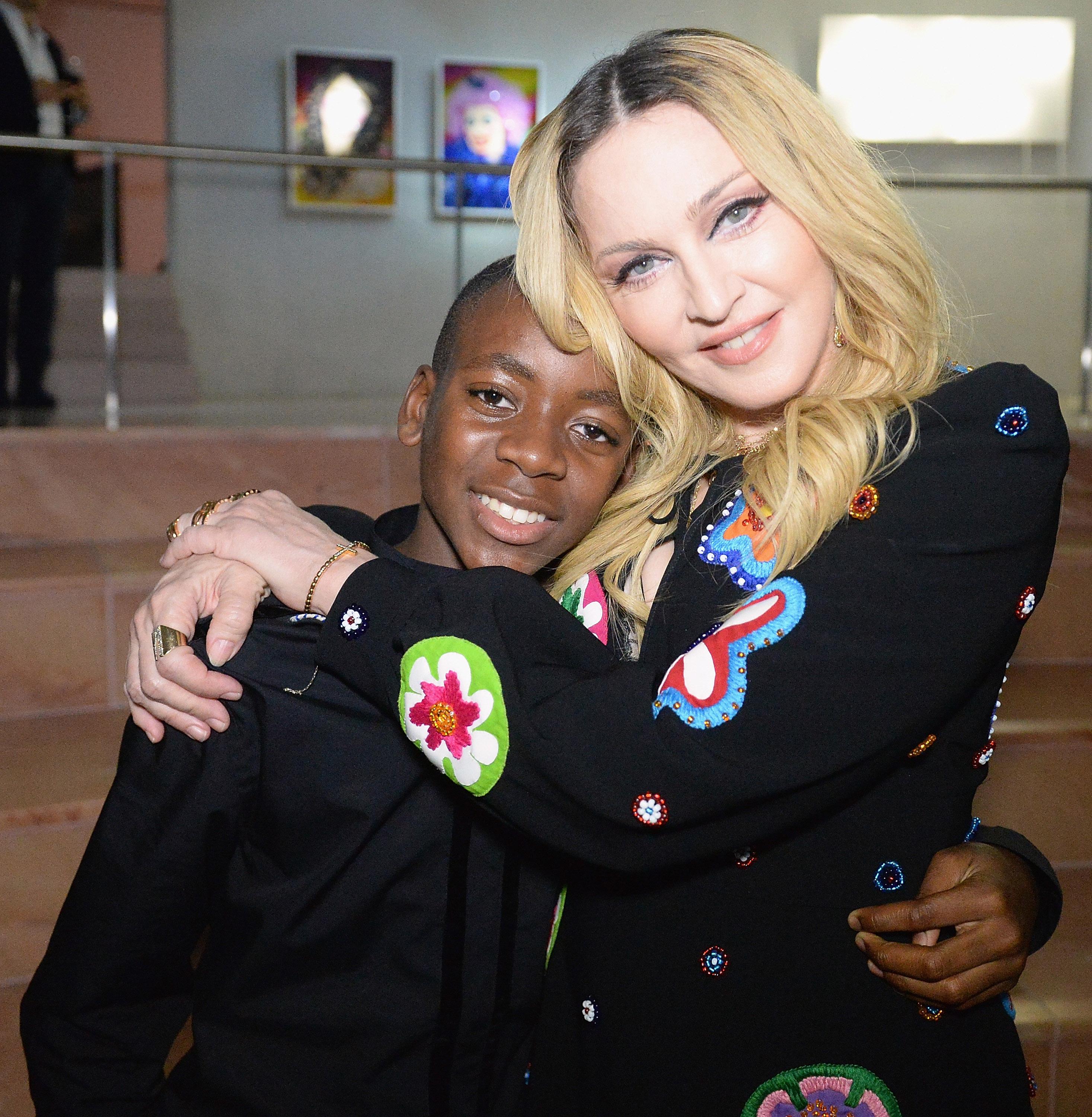 “What’s amazing is how resilient they are and how they embraced all things, especially music, dance, soccer and sports – things that connect them to other people makes adaptation easier.

“They learned to speak Portuguese through doing all those things with people, not by sitting in a classroom and learning in a didactic way, like writing on a chalkboard.

“Instead, it’s fun, it’s interactive. Especially with Stella and Esther, who were in an orphanage for four years; they’re so happy to join in, to help out, to be part of something whether it’s a small or a large group, to be the leaders. They’re extremely resilient and full of life and joy.

“They’re very open, and because of my work and travelling around the world, the things that I do and the places I find myself in, my children are very open-minded about everything, and I’m very proud of that.”

On her decision of location, she added: “ I went to Lisbon, and it seemed the best all-around choice.

“[Portugal is] steeped in history, and the Portuguese empire has made its dent on the world.

“One of my favourite things to do in the whole world is to ride horses. I live in Lisbon, in Lapa, but when I go horse-riding I go to Comporta, I go to friend’s houses, I go to Alcácer.

“There are lots different areas outside of Lisbon to ride. Whenever my son doesn’t have a soccer match on Sunday, then that becomes an adventure day, and we would pick a place to go riding. I always say three f’s rule Portugal: fado, football and Fatima. It’s also a very Catholic country, which suits me just fine.”