Making a Murderer 2: how to watch and what's happening now with Steven Avery and Brendan Dassey

People went wild for Netflix documentary Making a Murderer when it first came to the streaming service in December 2015. A series based on a true crime story, the case seems to be ongoing – and a second season has now landed on Netflix.

We’ll keep this article updated with all the news as it emerges, as well as recapping what went on in season 1 and where all the main players are now. 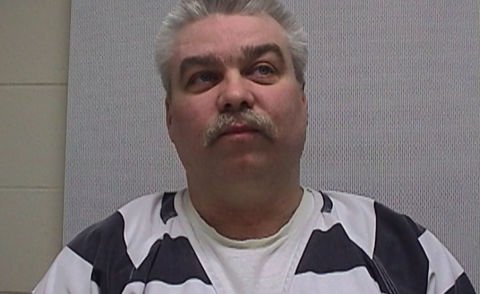 Making a Murderer season 2: How do I watch it?

The highly anticipated second instalment of the Making a Murderer story arrived to Netflix on October 19. You can now stream all of the episodes on there, alongside Part 1.

Digital Spy sat down with the filmmakers ahead of the release, and they promised “major revelations” that will surprise viewers.

The official trailer for Making a Murderer Part 2 spells out exactly what themes will be explored in the second season.

Making a Murderer 2: How many episodes are there?

Making a Murderer Part 2 is made up of 10 new episodes.

Making a Murderer season 2: Is it the same team?

“Steven and Brendan, their families and their legal and investigative teams have once again graciously granted us access, giving us a window into the complex web of American criminal justice,” said executive producers, writers and directors Laura Ricciardi and Moira Demos. 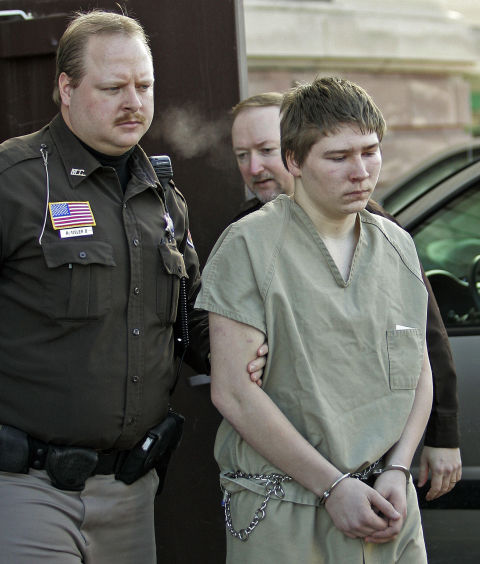 Specialising in wrongful convictions, the filmmakers will follow her as she works on the case, post-conviction, and uncovers unexpected evidence. 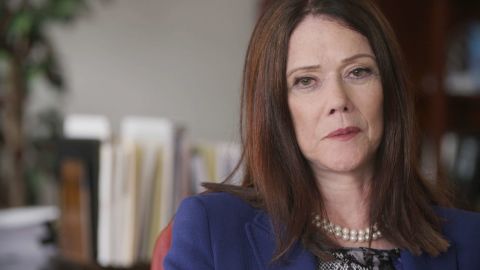 Steven Avery is a guy from Manitowoc County, Wisconsin whose family owned a car yard. In 1985 he was accused and convicted of the sexual assault of Penny Beerntsen. He was positively identified by Beernsten, though he had an alibi and has always maintained his innocence. 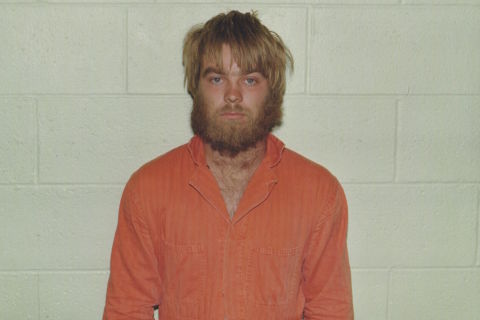 After serving 18 years in prison (during which time he became completely estranged from his wife and five children), Avery was exonerated with the help of The Innocence Project. DNA evidence proved that Avery was innocent and another man, Gregory Allen, who was arrested on unrelated rape charges, was the real perpetrator. 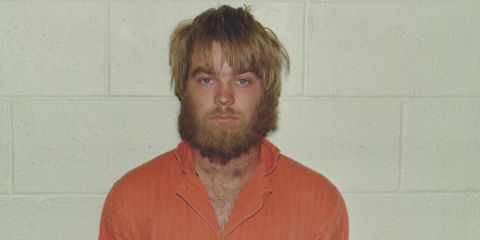 After his release, having lost 18 years of his life, Avery decided to file a civil lawsuit for $36 million against Manitowoc County and various officials, including police officers, who bungled his conviction and failed to pass on pertinent information.

Two years after his release, while the lawsuit was still pending, Avery was arrested again by Manitowoc County, this time for the murder of Teresa Halbach, a photographer who had visited Avery’s car yard. Avery claimed he was innocent. 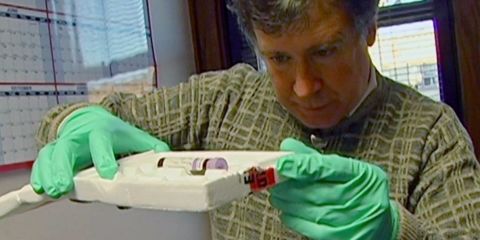 Avery’s lawyers Jerry Buting and Dean Strang built a case claiming the prosecution had inconsistent and unreliable evidence, and argued that he was being framed. According to Strang and Buting, various pieces of evidence presented were very dubious – including Halbach’s car keys, which mysteriously appeared in Avery’s house despite not being spotted on “six or seven” earlier inspections, and a vial of blood taken from Avery’s original conviction in 1985 which appeared to have been tampered with.

In addition, Avery’s nephew Brendan Dassey, who has learning difficulties, appeared to be coerced into testifying that he and Avery murdered and sexually assaulted Halbach. 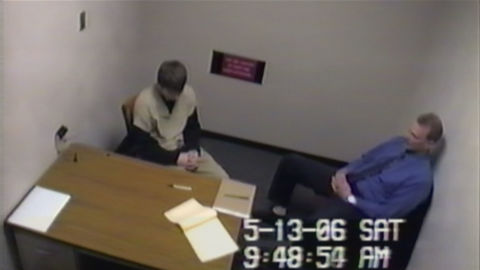 After a long and surprising trial, both Avery and Dassey were convicted.

Making a Murderer season 2: What happened next?

After Part 1 of the documentary film was released, various players chipped in – including prosecutor Ken Kratz – who claiming the documentary left out crucial facts. He later appeared on Fox News with Dean Strang, where they both maintained their positions.

Kratz, incidentally, was obliged to resign his position as District Attorney following a particularly distasteful scandal in which he was accused of sending 30 “sexually coercive” texts to the 26-year-old victim of a domestic abuse case that he was prosecuting. Two other women came forward with accusations of harassment, and Kratz revealed at the subsequent disciplinary hearing that he was seeking treatment for sexual addiction and narcissistic personality disorder.

Since season 1 finished, the case has been ongoing as both Brendan Dassey and Steven Avery fight to overturn their convictions.

“There is a ton of info that wasn’t explored just in the confines of the episodes we’ve already done,” Netflix’s Ted Sarandos said during the TCA summer press tour (via The Wrap), leaving us speculating wildly.

SPOILERS for Making a Murderer Part 2 from here on in.

Updates about what happened to Steven Avery and Brendan Dassey since the first run ended have already played out in the headlines over the years.

Brendan Dassey did have his conviction overturned by a federal judge on the grounds that his confession was “involuntary”.

“Especially when the investigators’ promises, assurances, and threats of negative consequences are assessed in conjunction with Dassey’s age, intellectual deficits, lack of experience in dealing with the police, the absence of a parent, and other relevant personal characteristics, the free will of a reasonable person in Dassey’s position would have been overborne,” the judge said.

However, The Department of Justice launched an appeal which was heard in February, claiming that investigators had used “entirely appropriate interview tactics”.

On June 22, a US federal court ordered that Dassey should be freed from prison.

A three-judge panel representing the US seventh district in Chicago ruled in a two-to-one decision that then-teenaged Dassey’s confession in the 2005 murder of Teresa Halbach was coerced, reports The AP.

This judicial panel subsequently ordered that Dassey, who has learning difficulties, be released from prison imminently after more than a decade behind bars.

In their written opinion, the seventh district’s three-judge panel wrote: “To be sure, Dassey’s confession was not a smooth and consistent story. There were holes in the narrative. Dassey waffled and backtracked.

“The sequence of events was not always clear. The majority, reviewing the interview with its defense-friendly ‘key’ in hands, takes these inconsistencies as proof that Dassey was not recounting real memories but only telling the investigators what he believed they wanted to hear.”

However, Manitowoc County, Wisconsin prosecutors appealed the federal court’s decision and that appeal – which was granted – was heard on September 26, 2017.

In December 2017, the federal court ruled that the confession given by Dassey should not be thrown out, reversing the federal judge’s previous ruling and meaning Dassey’s life sentence would remain in effect.

Dassey attempted to overturn this decision, but on June 25, 2018, the Supreme Court declined to take up his case and will not review the decision made in December that his confession was voluntary.

He remains in prison. 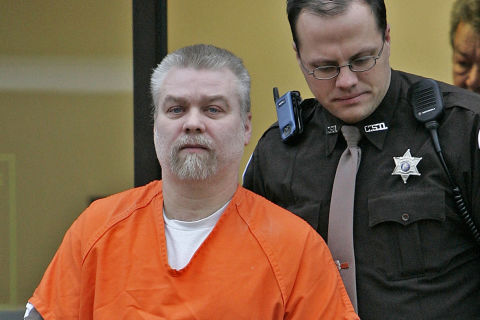 Meanwhile, in January 2016 – a month after the release of the first season – Avery’s new lawyer Kathleen Zellner, who has past success in overturning several wrongful convictions, filed an appeal.

She’s convinced that much of the evidence is unsound, tweeting:

She also won the right to have certain bits of DNA evidence retested, prompting her to tweet this intriguing statement:

“Experts experiments confirm SA’s trial attorneys correct about blood being planted but incorrect about how it was done. #MakingAMurderer”.

This plays out in Making a Murderer Part 2.

Unfortunately for Avery, however, Zellner’s request for a retrial was denied on October 3, 2017.

“The defendant has failed to establish any grounds that would trigger the right to a new trial in the interests of justice,” ruled Judge Angela Sutkiewicz of Sheboygan County, Wisconsin. “As such, no further consideration will be given to this issue.”

“We are filing an amended petition because we have additional test results and witness affidavits,” Zellner said. “The scientific testing is not completed. We remain optimistic that Mr Avery’s conviction will be vacated.”

A few weeks later, however, Zellner asked a Wisconsin court to reconsider the decision to deny a new trial based on fresh evidence, filing “a 54-page motion with 20 new exhibits”.

“It does not matter how long it takes, what it costs or what obstacles we have to overcome – our efforts to win Mr Avery’s freedom will never stop,” she said.

Are there other Making a Murderer suspects?

Zellner has also made claims as to who may actually be the real killer of Teresa Halbach – and has purported that it could have been her on-off boyfriend Ryan Hillegas, a man who was seen in the first season.

The lawyer has presented a 1,250-page post-conviction filing, which contains sworn affidavits from law enforcement personnel, as well as legal, medical and scientific experts. 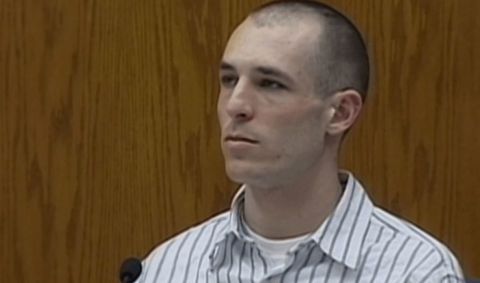 In the document, retired FBI agent Gregg McCrary has said of Hillegas: “I have seen no evidence that he offered an alibi or any sort of statement regarding his activities from October 31, 2005, to November 3, 2005. Nor have I seen any evidence that the authorities ever asked him to do so.”

“He gave a female volunteer searcher [Pam Sturm] a camera and a direct phone number to the sheriff. It appears that he directed her to the area where the victim’s vehicle was located.”

Hillegas has also been accused of falsely claiming to police that Halbach filed an insurance claim for damage to the front her car. Hillegas also had access to Halbach’s voicemail password, an there is allegedly evidence that messages were deleted after her death. 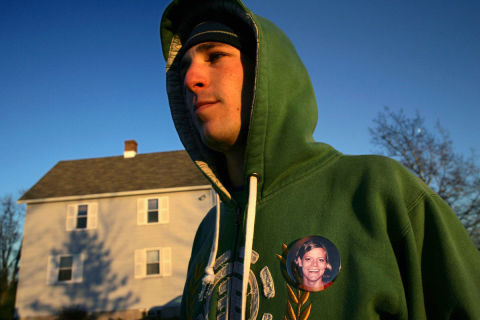 There has also been evidence that Hillegas had injuries to his right hand around the time of the crime, and was found in court to have been an abusive partner in the past.

All of these allegations have previously been brought by Avery’s legal team, and there has yet to be any public response by Hillegas or his family.

In July 2018, according to Rolling Stone, Avery’s lawyer filed new court documents that could implicate Dassey’s brother, and Avery’s nephew, Bobby Dassey in the crime.

The claims include the idea that Bobby provided false testimony, as well as allegations surrounding the contents of the Dassey family’s computer hard drive.

“I have reached the inevitable conclusion, as our court filings state, that they were involved in the crime and Barb, was and is involved, even unwittingly, in its cover-up,” Zellner told Rolling Stone.

As of yet, there has been no response to the allegations brought by Avery’s legal team.

Audiences became obsessed with the show, prompting them to create and sign this massive online petition addressed to the president of the United States (Obama at the time) and Wisconsin’s governor Scott Walker. 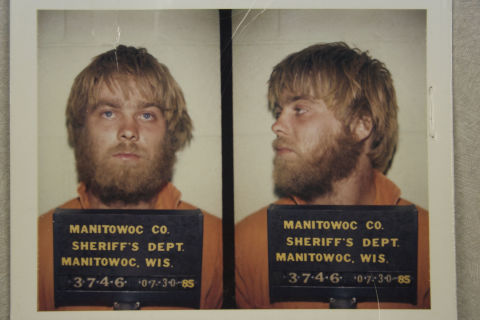 There was also an official White House petition calling for Steven and Brendan to be pardoned, which actually received a response from the Oval Office after picking up 129,950 signatures.

In the reply, the White House confirmed that they won’t be pardoning Steven, because they can’t. As Steven was convicted of state crimes, not federal ones, there is actually nothing the president can do.

For their part, viewers have turned into amateur detectives – this subreddit is probably the most in-depth example. 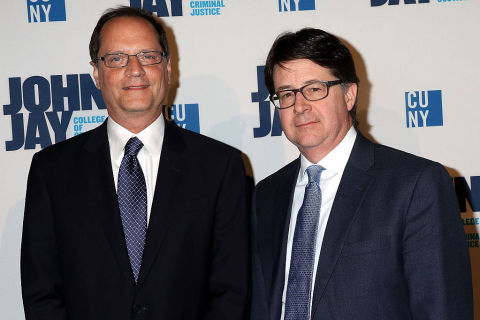 Meanwhile, another unexpected effect of season 1 is that lawyers Dean Strang and Jerry Buting, as well as reporter Aaron Keller, have become unlikely sex symbols.

Making a Murderer Part 1 and 2 are available on Netflix.