The former Towie star led the lads on a wild night out in his adopted hometown and they ended up sozzled and singing. 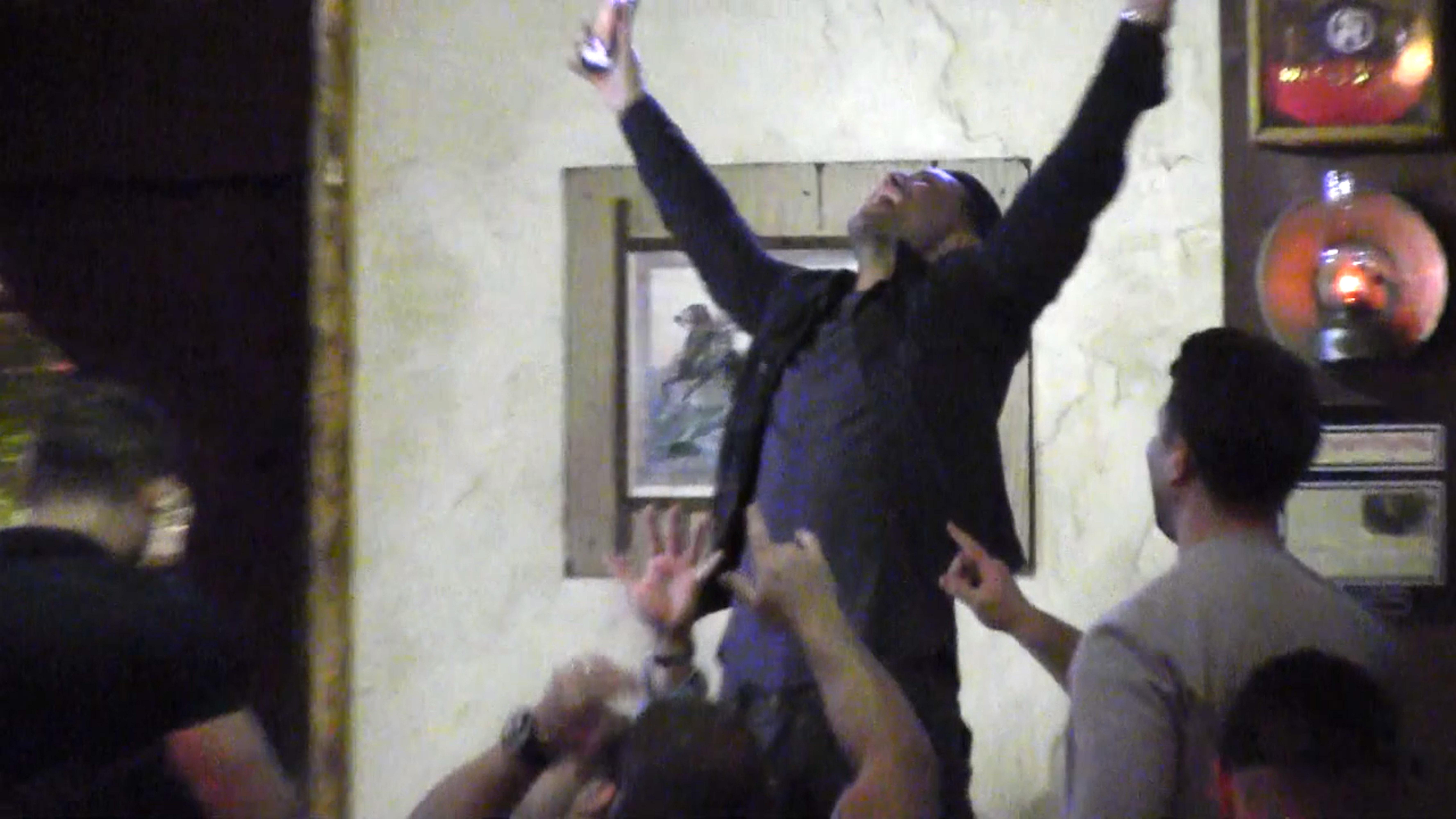 With wedding season officially in full swing, the 31-year-old reality star has been helping his brother prepare for his own big day by celebrating with an extended stag do.

The Sun Online's exclusive pictures show Mark and the gang on the second leg of the trip as they hit the bars of of LA.

After spending two hours drinking at the city's State Social house, the group of 18 men and four women then headed to The Saddle Ranch Chop House and Bar on Sunset Boulevard.

There indulged in a spot of karaoke and Mark ended up standing on a table singing his heart out. 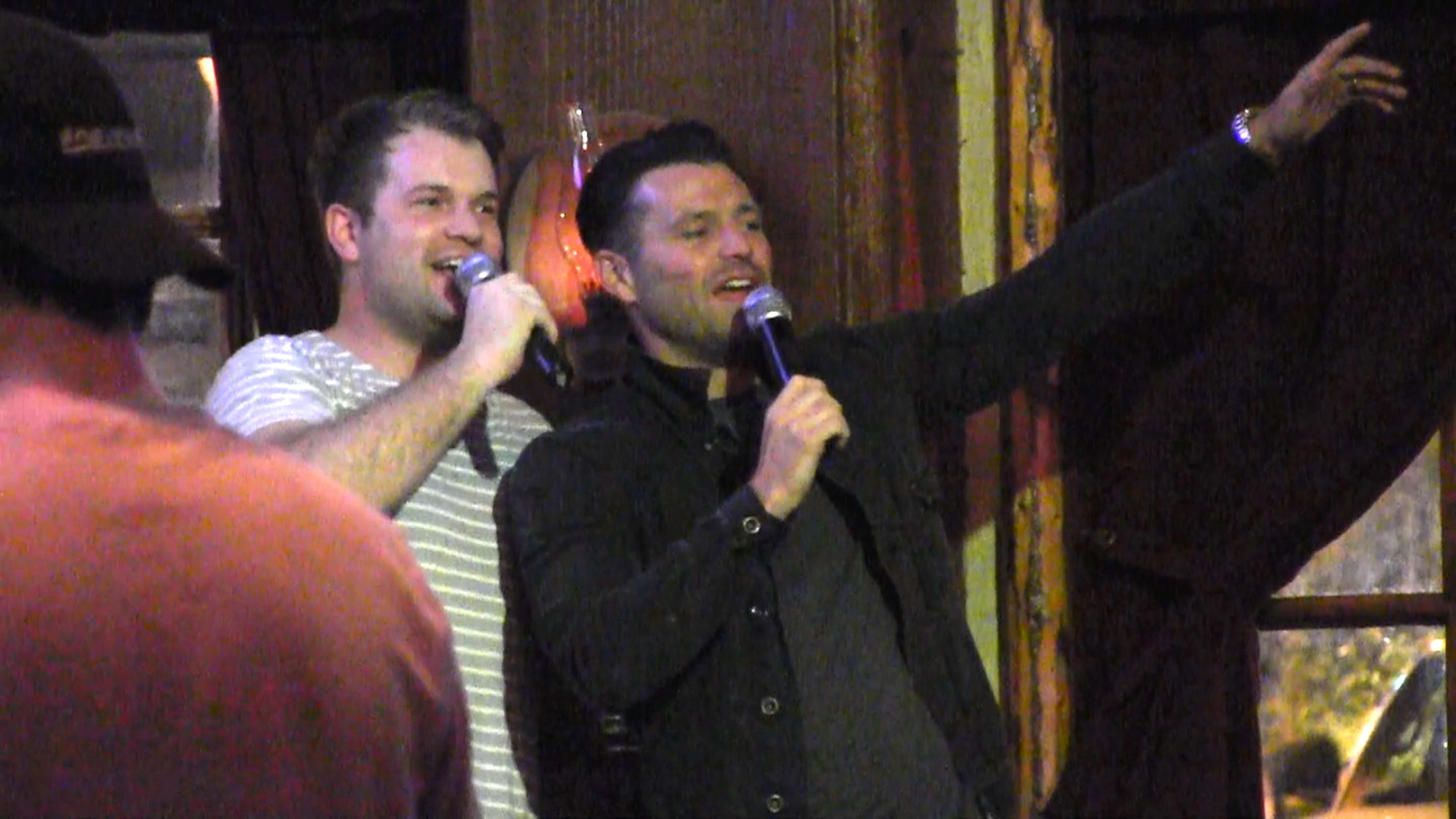 He belted out Neil Diamond's Sweet Caroline and gave a nod to his British roots with a version of Angels by Robbie Williams.

Elliott Wright also shared a video of the lads enjoying a bucking bronco at the tourist trap.

Footage showed the boys making a lot of noise, with lots of shouting and some “Oy oys”. 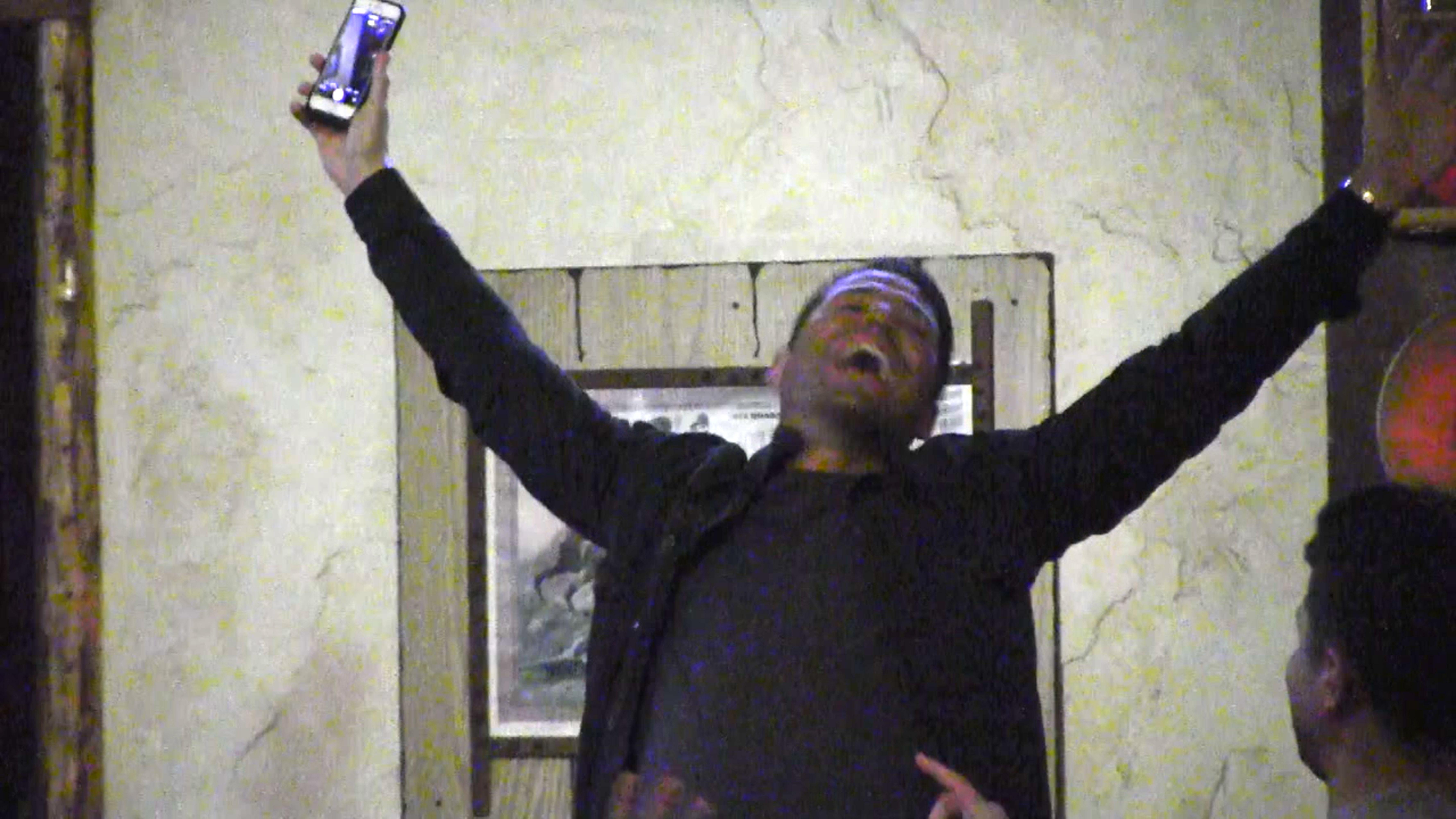 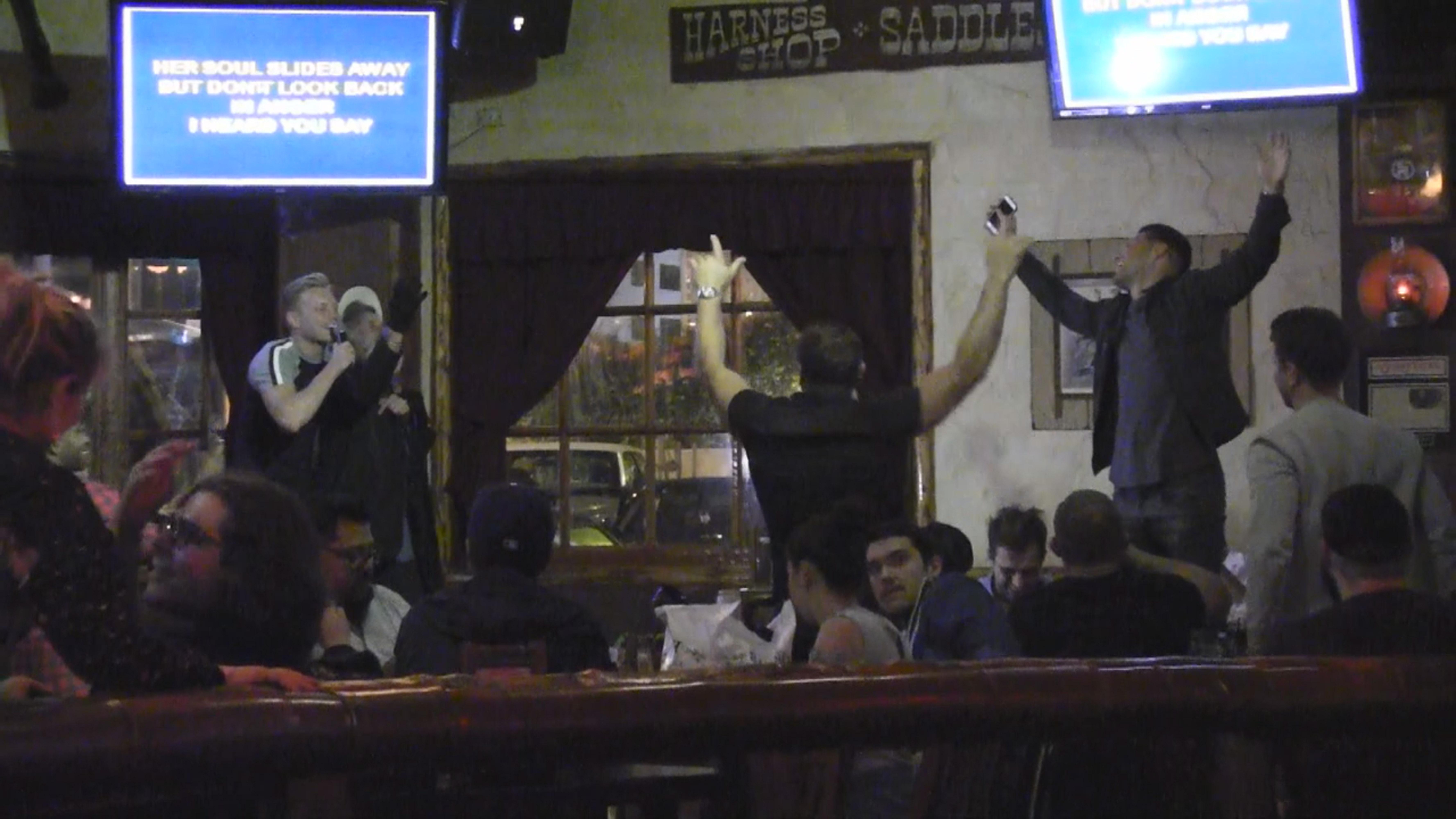 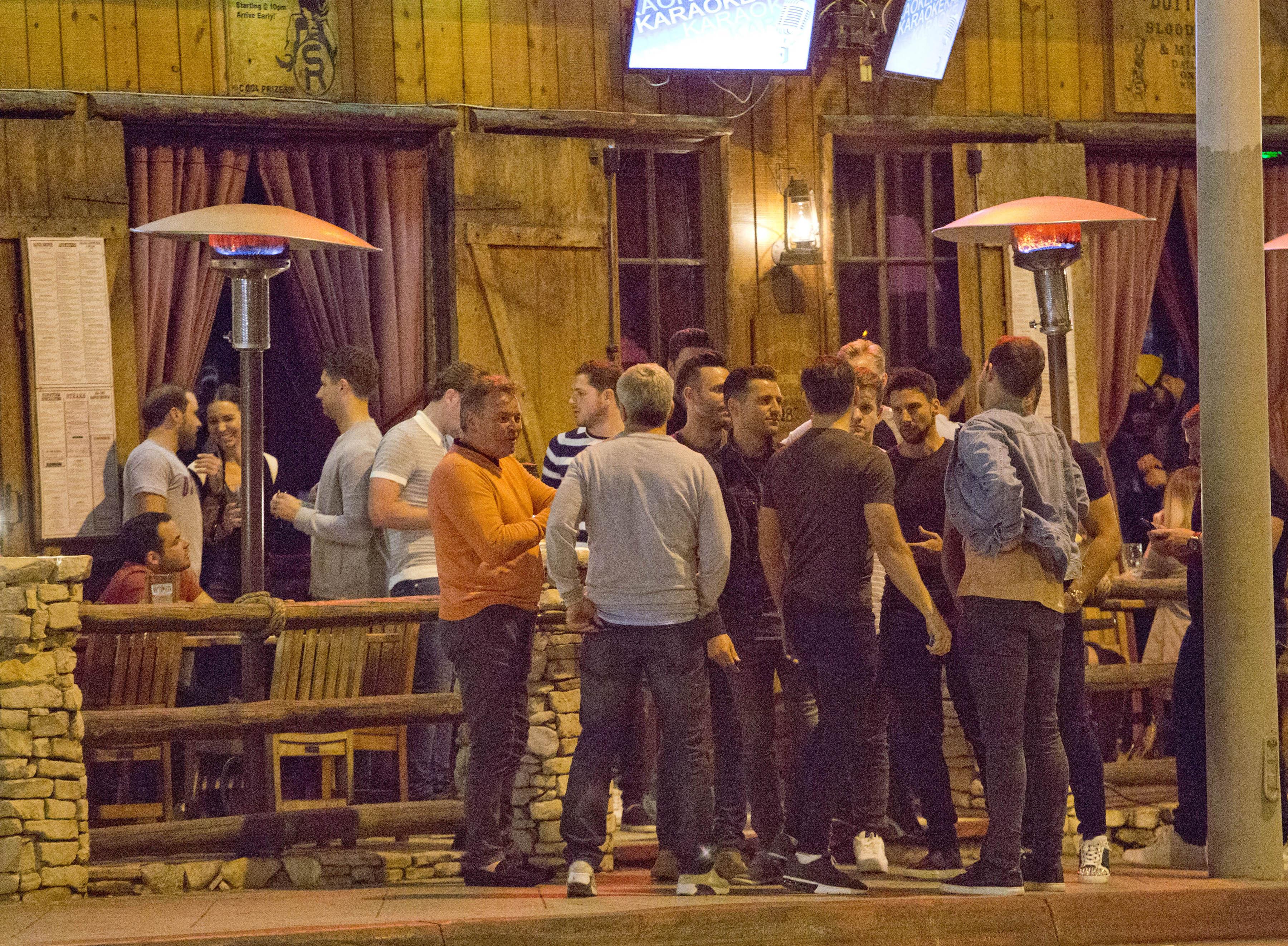 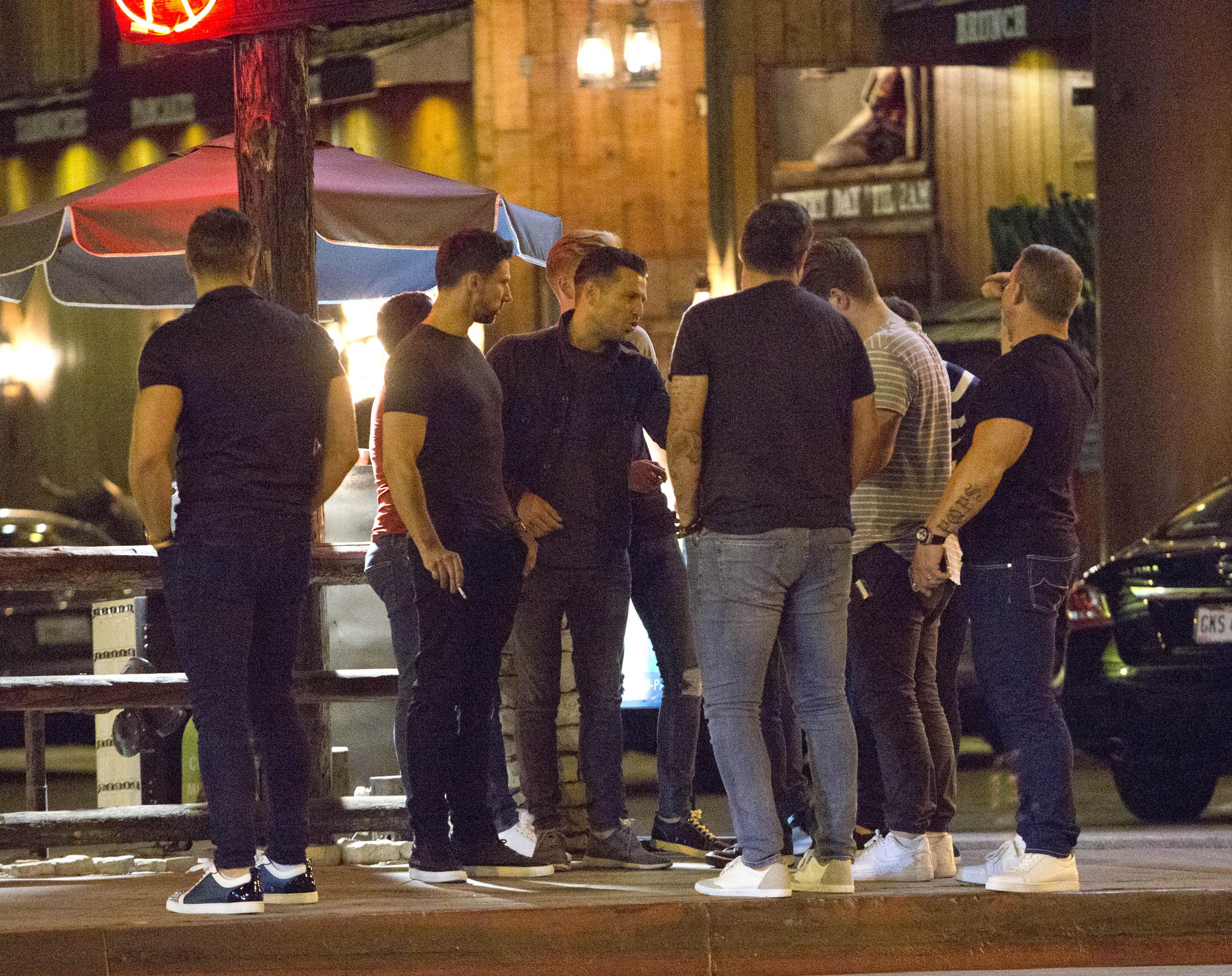 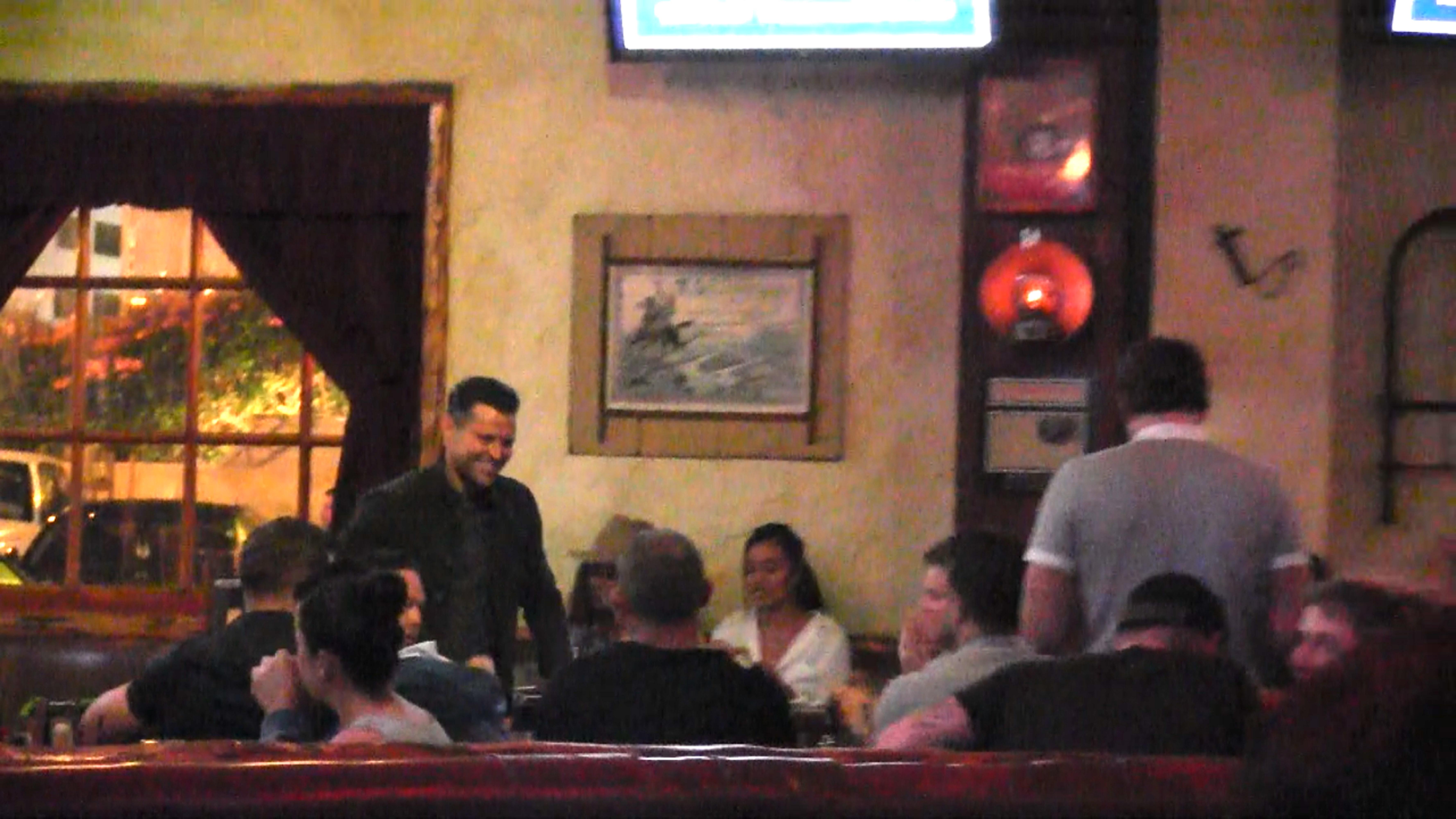 The boys all got rather excited to sing Oasis songs with Josh taking the lead for the classic tune Don’t Look Back In Anger.

It was quite the Towie reunion as Tom Pearce was also there.

The TV star already helped Josh tear up the town earlier this month when they partied away at Faces Nightclub in Essex.

After the second leg in Los Angeles, the group are heading Las Vegas for some more truly epic partying.

Sharing plans on Instagram, Josh said he can’t wait to tear up the West Coast of America as he prepares to kiss his bachelor life goodbye.

He tweeted: “Still a few to come but we are ready #LA #Vegas #Stag #boys. 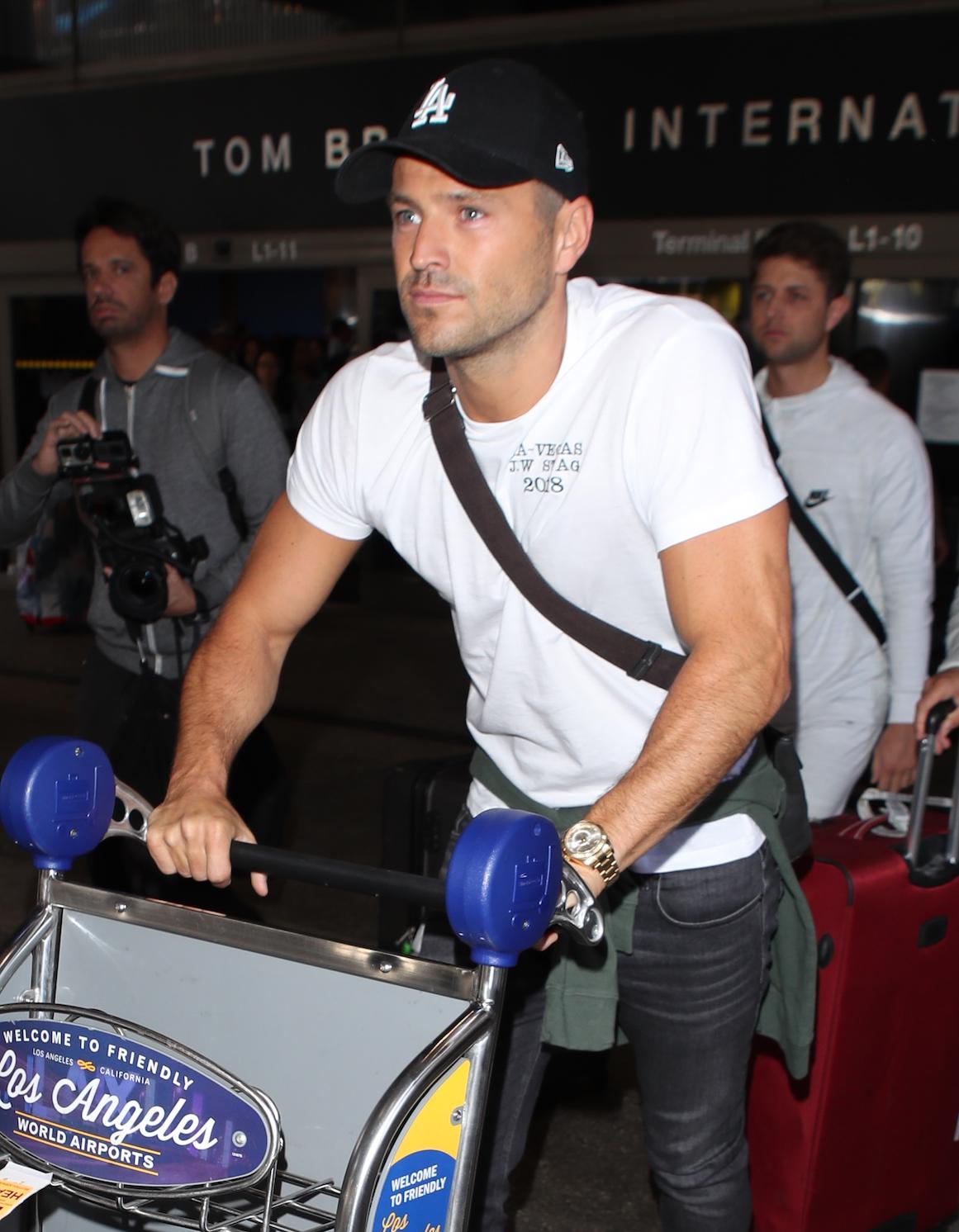 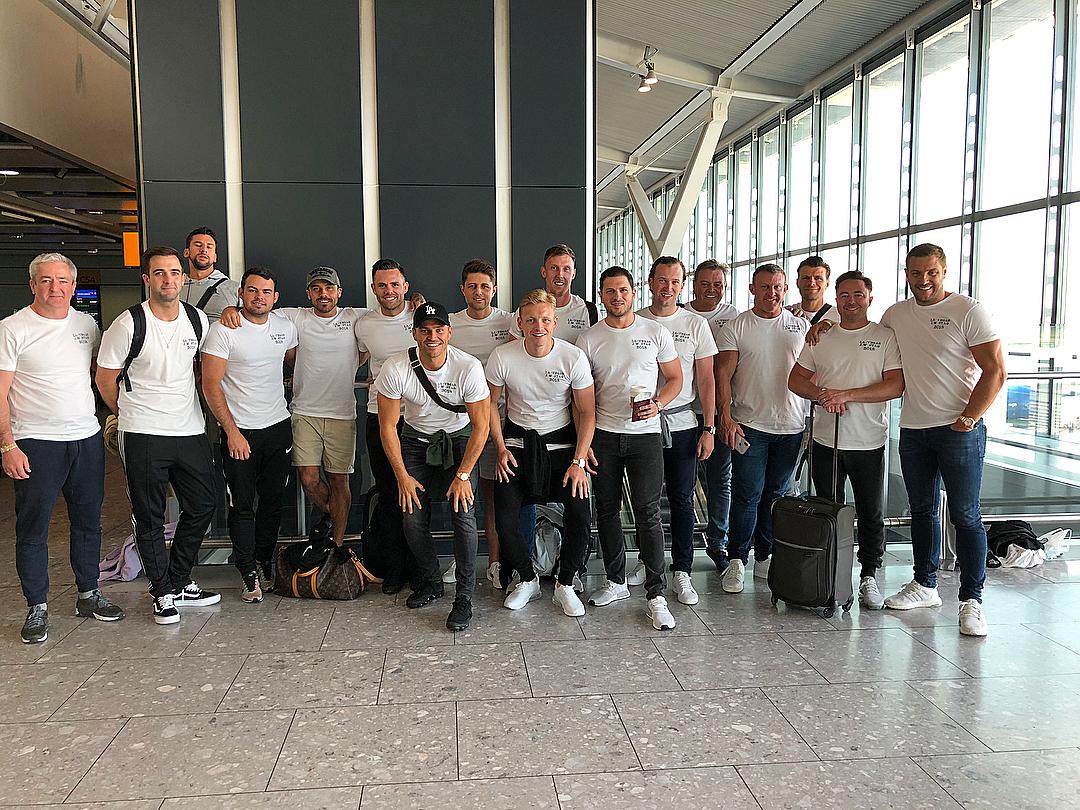 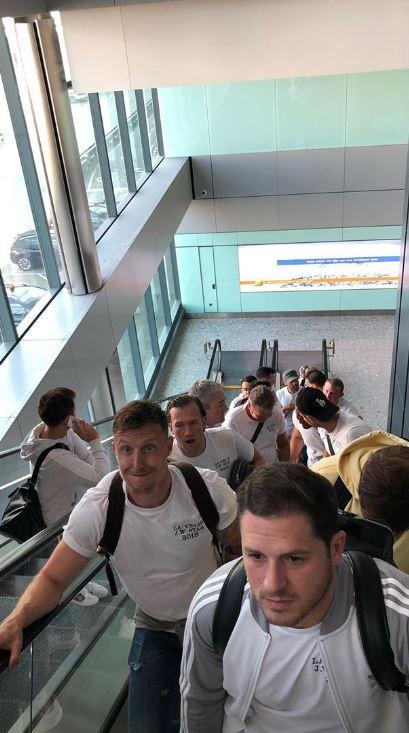 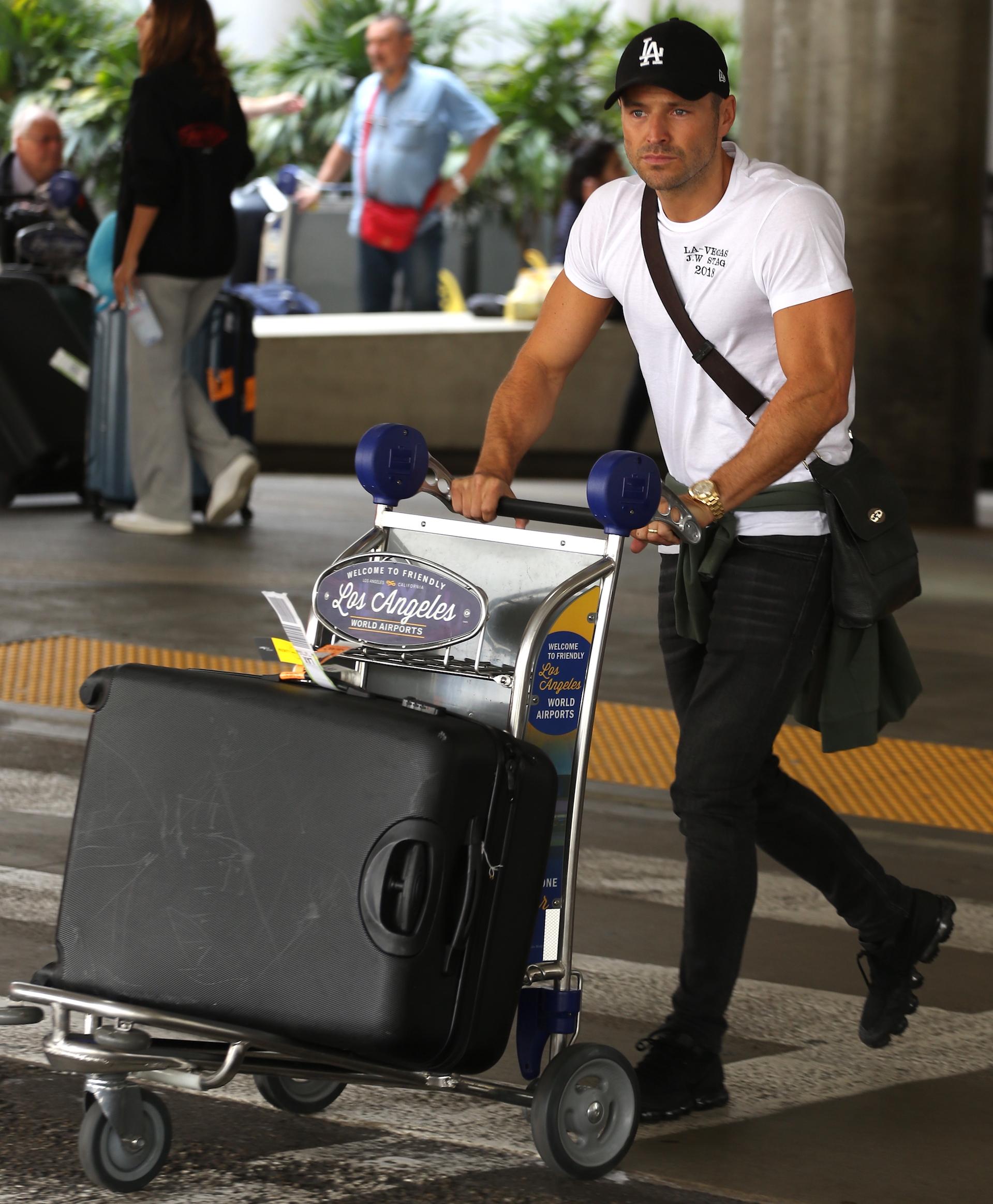 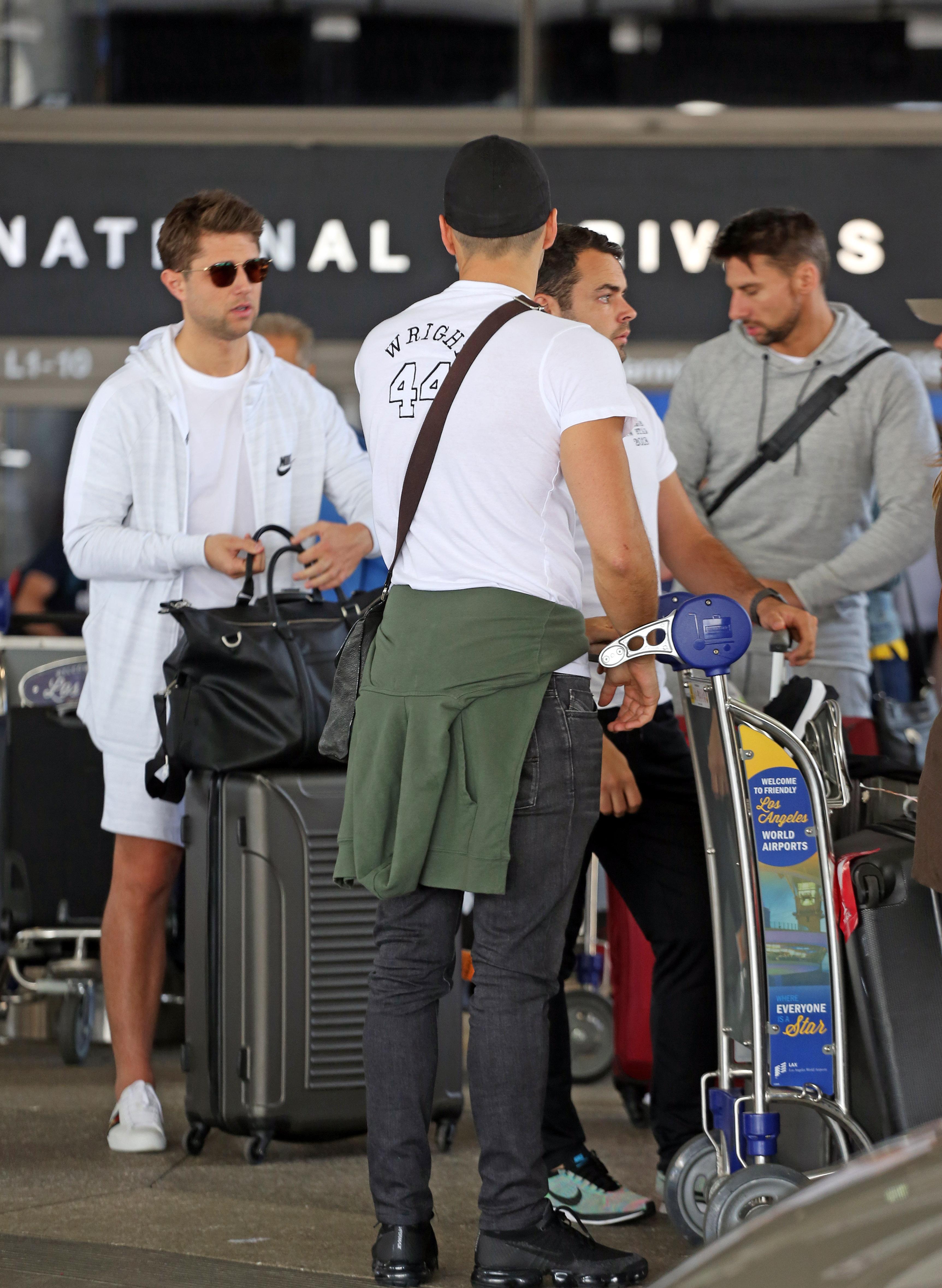 The lads were all wearing matching T-shirts adorned with the number 44 on the back – Josh's squad number at Southend United.

Josh’s wife-to-be hinted she will be keeping a watchful eye on Josh’s activities as she commented on his Instagram: “Have the best time boys”.

While another follower warned Josh to watch out for himself. 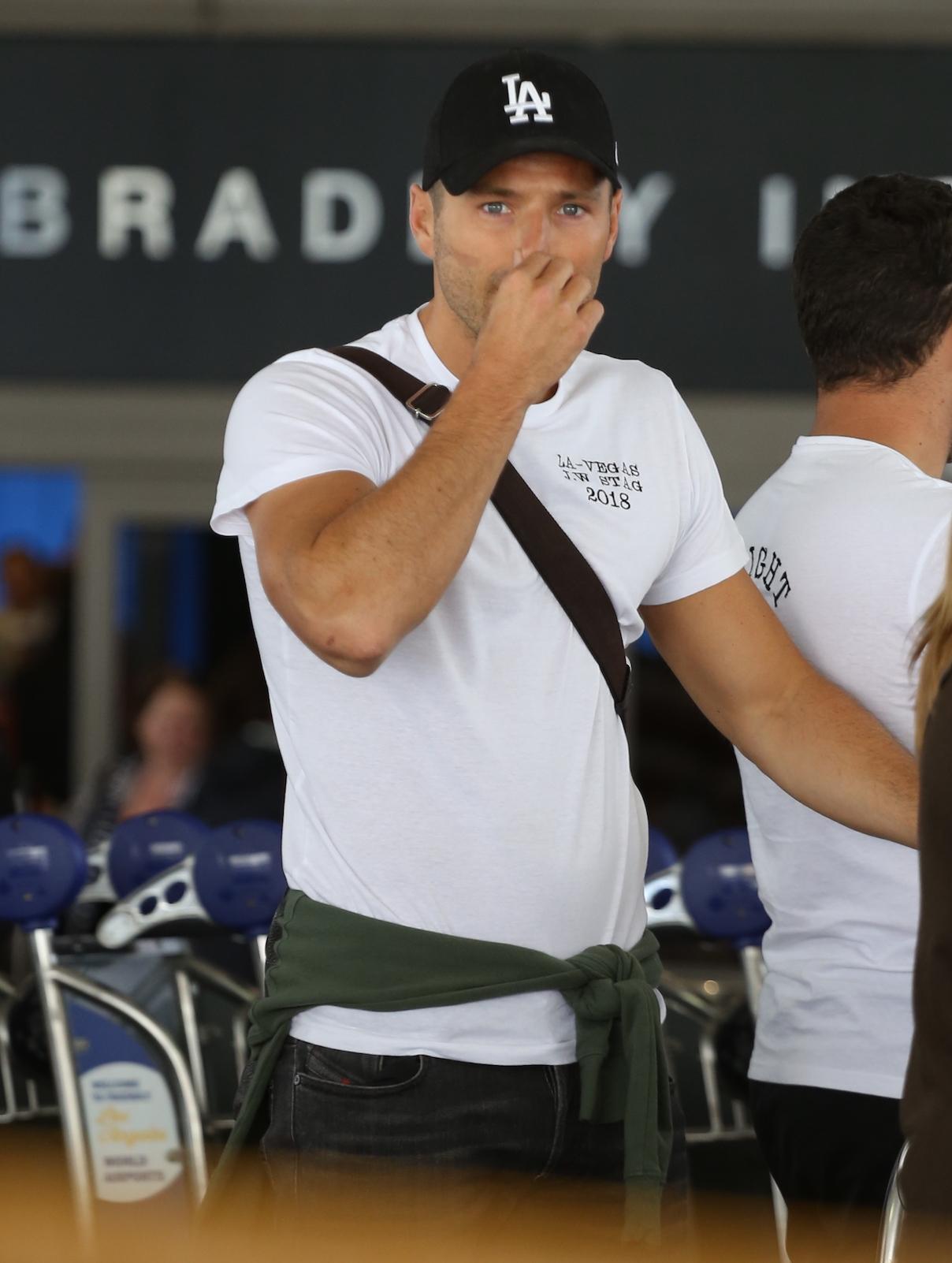 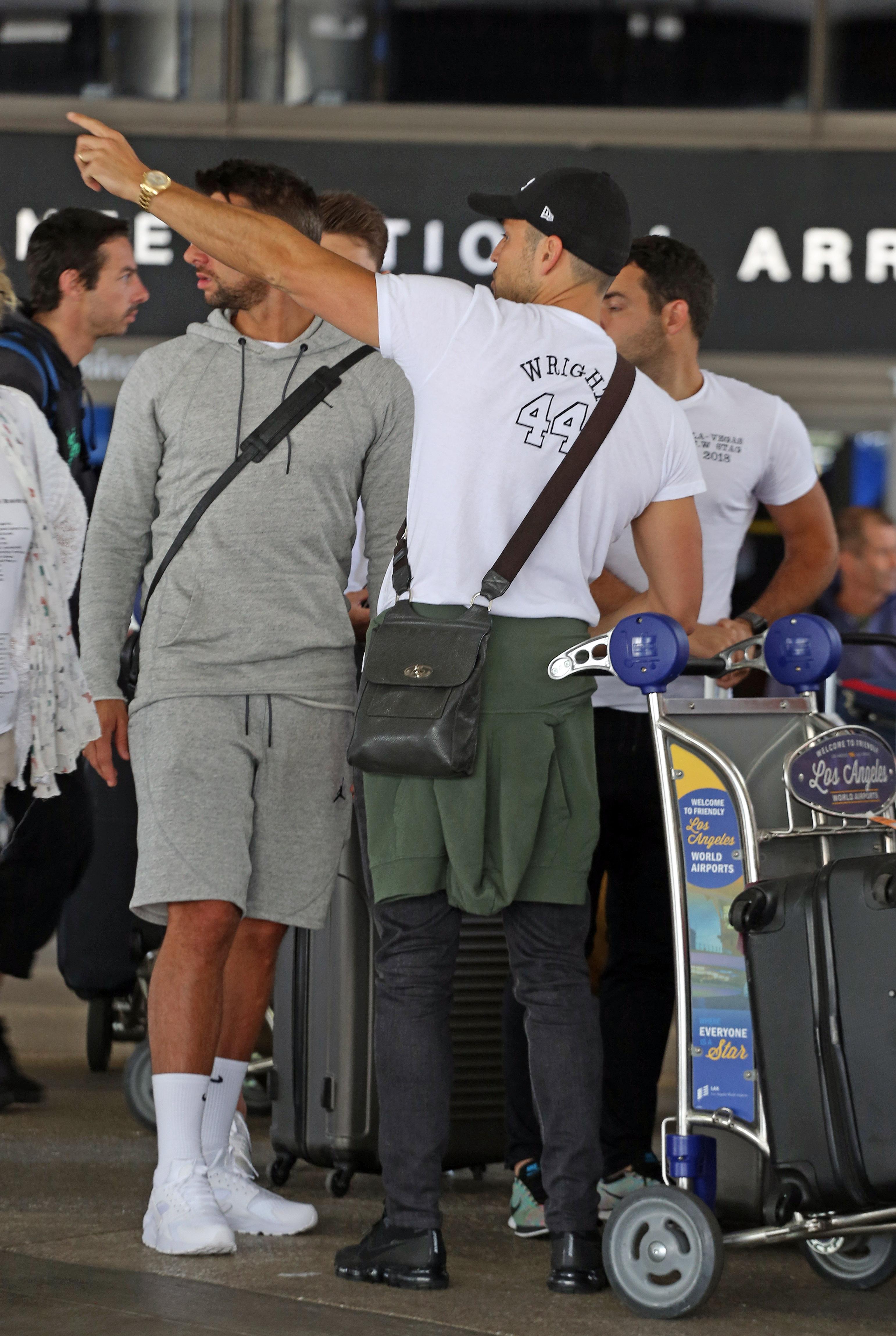 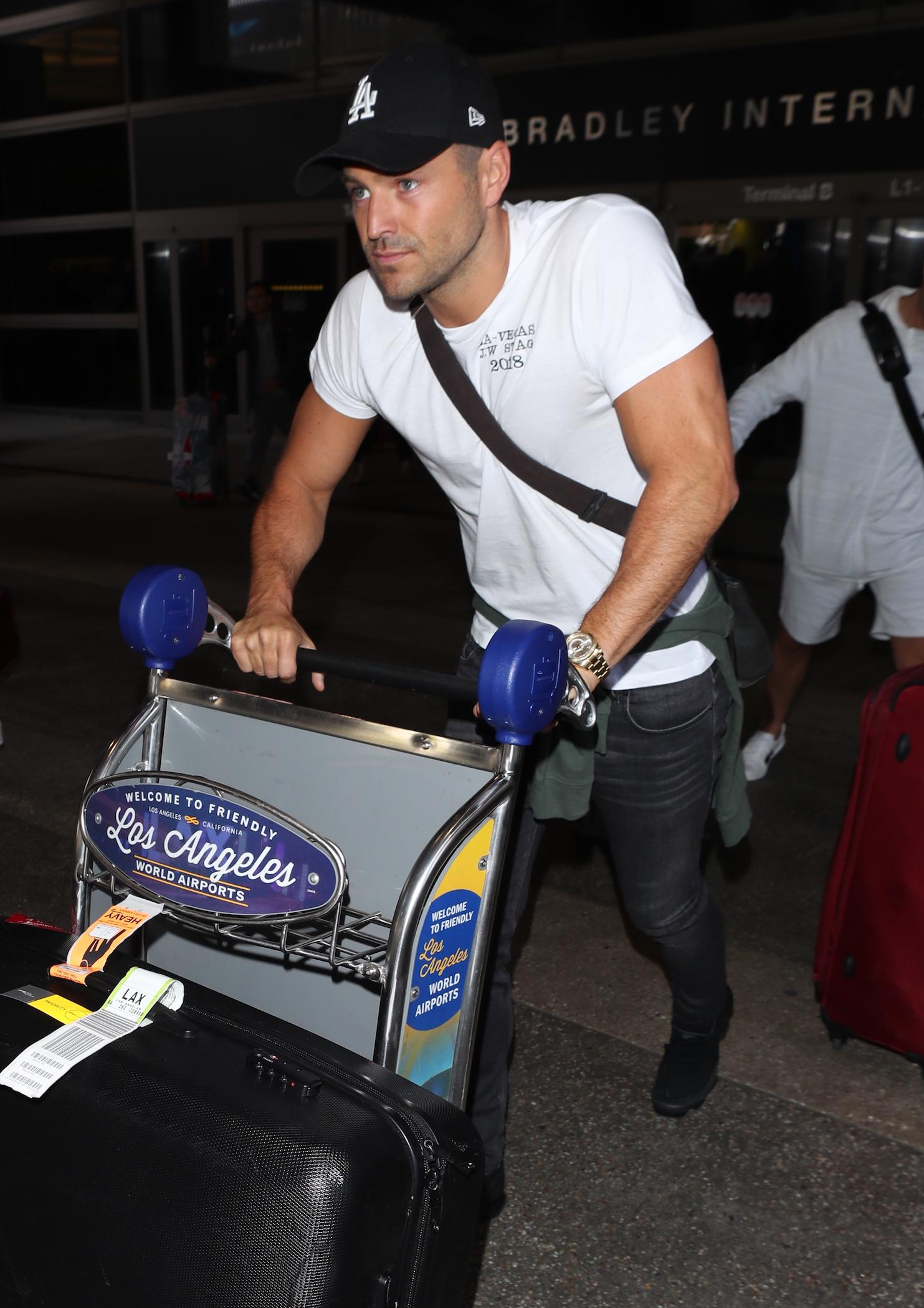 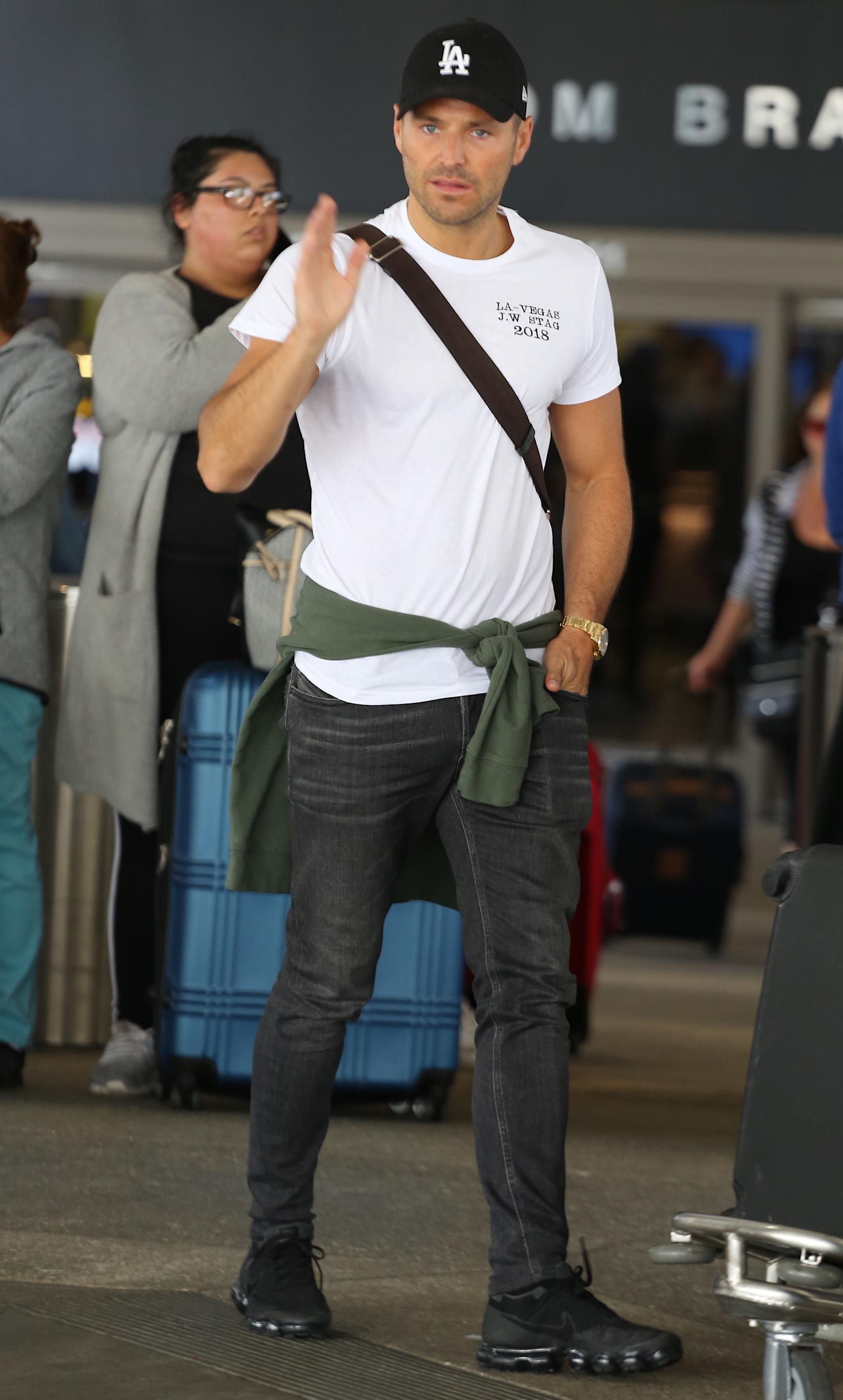 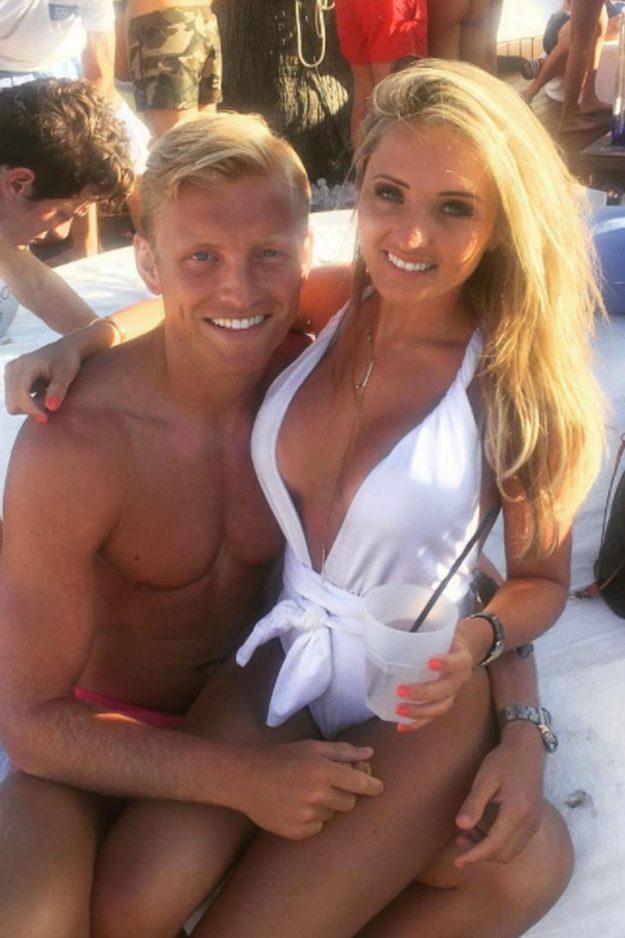 “Behave as there is pap’s and enjoy lol,” the follower commented.

Mark and Josh’s mum also sent her well wishes to the group, commenting: “Have a ball boys x be safe and next stop wedding.”

Elliott certainly appeared to be having a great time and uploaded a photo of himself with a couple of friends while making an emotional declaration of friendship.