Disney and Marvel Studios have finally revealed when they will kick off phase 4 of the Marvel Cinematic Universe. The highly-anticipated next phase of the MCU will begin with the Disney+ series WandaVision. But when they announced the series’ premiere date, Marvel fans made it clear they are not happy. 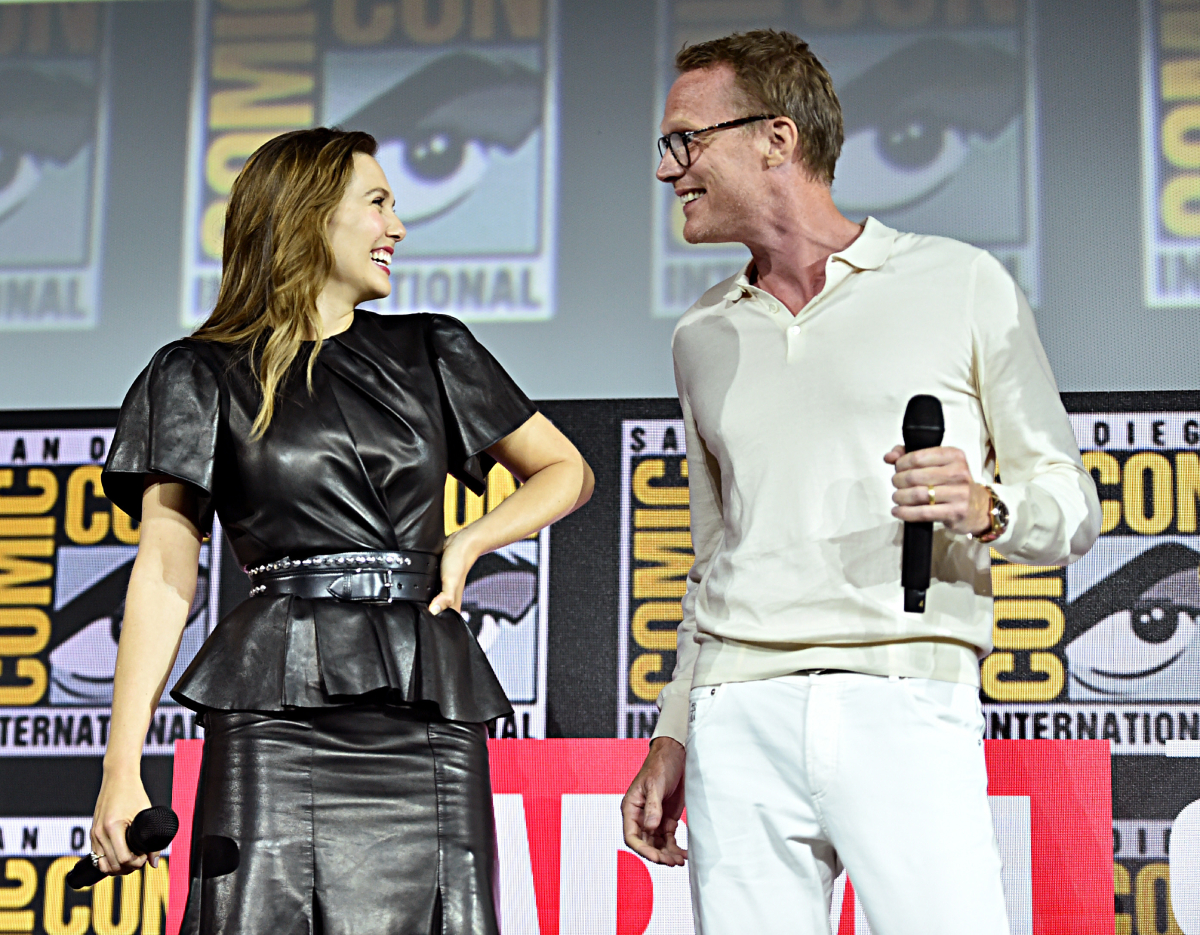 When Marvel announced the premiere date for WandaVision they also released some new images from the series. Some of those images were black-and-white photos of stars Elizabeth Olsen (Wanda Maximoff/Scarlet Witch) and Paul Bettany (Vision). The couple looks like they are in a mid-century sitcom and they are sleeping in separate twin beds.

According to Entertainment Weekly, WandaVision takes inspiration from classic TV comedies from the 1950s up until the 1990s. For its premiere, the cast and crew filmed the episode in front of a live studio audience.

Everyone on the crew dressed in 1950s clothing and they shot the episode using period lenses and lighting “to capture that dreamy vintage glow.” The crew also looked to classic sitcoms like Bewitched and I Dream of Jeannie and used their special effects and camera tricks.

Olsen described the experience as “insanity.” This was her and Bettany’s first experience filming in front of an audience.

“There was something very meta for my own life because I would visit those tapings as a kid, where my sisters were working [on Full House],” Olsen explained.

Bettany added with a laugh, “I thought, God, I’ve ruined my whole life. I should have been doing sitcoms all this time.”

Marvel headed into 2020 with a detailed plan for phase 4 after Avengers: Endgame wrapped up the Infinity Saga in 2019. The plan for the year was to begin phase 4 with Black Widow hitting theaters in May, followed by Eternals. On the Disney+ side, The Falcon and the Winter Soldier was supposed to be the first series to debut on the streaming service.

But the pandemic threw everything into chaos. With theaters around the world shutting down and productions shuttered, Disney and Marvel Studios had to adapt quickly. After months of uncertainty, WandaVision ended up being the project that was closest to completion.

With all of their detailed planning for phase 4 out the window, Disney/Marvel decided to begin with a show that is “a love letter to the golden age of television.

“We’re paying tribute and honoring all of these incredible shows and people who came before us, [but] we’re also trying to blaze new territory,” head writer Jac Schaeffer explained.

Marvel announces ‘WandaVision’ will not premiere on Disney+ until 2021

In September, the studio surprised fans when they dropped the WandaVision trailer during the Emmy Awards with a promise that it was “coming soon.” However, they did not reveal a specific premiere date, leading fans to speculate that the showwould hit Disney+ around the holidays.

Some were hoping it would arrive on Thanksgiving weekend, while others speculated that it would be on TV by Christmas. It turns out, everyone was wrong.

As Collider reports, WandaVision will not hit Disney’s direct-to-consumer platform until January 15, 2021. They also revealed that the events in the showwill tie directly to the events in the upcoming Doctor Strange in the Multiverse of Madness.

Marvel boss Kevin Feige says that the Disney+ series will work for people who have never seen one minute of the MCU. But it will also have big rewards for fans who have seen all 23 movies.

“If you haven’t seen any of them and just want to step into this weird thing because you love The Dick Van Dyke Show, it’s going to work,” Feige says. “But if you’ve been tracking the 23 movies we’ve made and following along the stories into Phase 4, there’ll be a wealth of rewards waiting for you as it all unfolds.”

WandaVision debuts on Disney+ on January 15, 2021. Marvel’s Doctor Strange in the Multiverse of Madness hits theaters on March 25, 2022.