Marvel’s Eternals is currently scheduled to hit theaters this fall. When it does, Game of Thrones star Kit Harington will be making his MCU debut as Dane Whitman, AKA Black Knight. Marvel hasn’t released many details about the film, but it’s expected to span over a thousand years.

Which means it’s possible they could explore different versions of Harington’s character. One thing is for sure, the Black Knight will be wielding his Ebony Blade. The opposite of Thor’s Mjolnir. 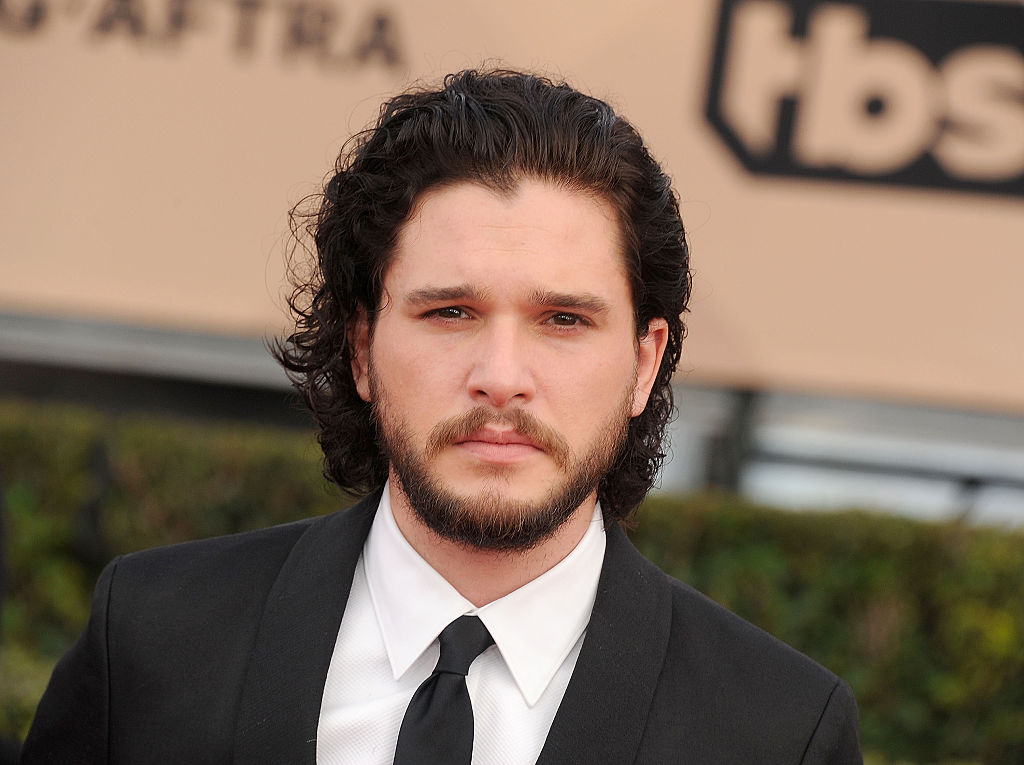 In Marvel Comics, the Black Knight isn’t just one person. Instead, it’s a title that numerous heroes and villains have held in different eras in Marvel history. The most important Black Knight in the comics is Dane Whitman, but he’s not an Eternal. Instead, he’s the only human character confirmed to be in the film. And he happens to be a key member of the Avengers.

The Eternals are an immortal race of super-powered, god-like aliens. In the comics, they have been on Earth for millenia in secret. They share the planet with humans while keeping their true identities a secret.

According to Screen Rant, the film will see the creators of the Eternals — the Celestials — send the race of super-powered aliens on a mission to fight their greatest adversaries, the Deviants.

How is Black Knight connected to the ‘Eternals’?

With the casting of Harington as Dane Whitman, it’s clear that he will be an important character in Marvel’s Eternals. But, what does the Black Knight have to do with the Eternals’ fight against the Deviants?

At this point, it’s unclear what the connection is. But since they’ve confirmed that the film will cover numerous time periods, it’s possible they will introduce other characters who have been Black Knight, not just Dane Whitman.

In the comics, Whitman is a physicist who inherits the Black Knight’s legendary sword — the Ebony Blade — from his uncle, Nathan Garrett. He then becomes Black Knight and joins the Avengers.

Marvel has retconned Black Knight before his MCU debut

Ahead of Black Knight’s MCU debut, Marvel has made some major changes to the character. In the past year, they’ve done a number of rewrites and retcons to change Black Knight’s lore. They’ve also given him more powers and made him stronger than ever.

The character is currently front and center in the King in Black event, as Knull has set his sights on the Ebony Blade. The powerful weapon – forged by Merlin centuries ago – apparently has some dark secrets.

In one scene in King in Black, Knull — the God of the Symbiotes — tells Whitman that he truly doesn’t know what the Ebony Blade is. He then declares it to be a weapon that could possibly end worlds. He also claims that Merlin lied about the Ebony Blade, meaning that it didn’t need someone worthy to wield it.

The Ebony Blade is the opposite of Thor’s Mjolnir

Knull claims in the comics that Black Knights aren’t chosen because of their strength or their worth. Instead, they are chosen for their weaknesses. Knull tells Black Knight that the blade doesn’t cause his bloodlust. Instead, it reveals the darkness that was already inside him.

As Screen Rant points out, this essentially means that the Ebony Blade is the opposite of Thor’s Mjolnir. In Black Knight: Curse of the Ebony Blade #1, it’s explained that the sword’s enchantment means its power can be used by those who are vain, bitter, prideful, or wrathful. In short, those who are unworthy.

To access the Ebony Blade’s full power, the Black Knight must go to a dark place inside to access his pain, grief, rage, and wounded pride. When it comes down to it, no one really knows or understands the true power of the Ebony Blade.

Will the Black Knight be a hero or a villain in Marvel’s ‘Eternals’?

If the one who wields the Ebony Blade is a master of darkness instead of someone who is noble and worthy, what could that mean for Dane Whitman in Marvel’s Eternals? Is he a hero or a villain?

Now that Dane knows he is broken and corrupt, this weakness will most likely turn into a strength and make him a superhero. This revelation has changed him, as he knows now that he alone is responsible for his sins, not the influence of the sword.

Marvel’s Eternals is scheduled to hit theaters on November 5, 2021.