However, it seems like the titular journalist thinks that Clinton, who plays a fictionalized version of herself, is a little bit overqualified.

AceShowbiz –
“Murphy Brown” has returned after two decades off the air. The long-awaited revival of the comedy premiered on Thursday, September 28, and it featured a big-name guest star.

In the new season, which sees Candice Bergen reprising her role as the titular eponymous journalist, things don’t change much as the premiere features the tradition of the original series of Murphy’s ever-changing roster of secretaries. Much to viewers’ suprise, Hillary Clinton appeared to fill the position in the revival’s debut. 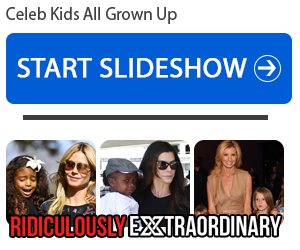 Clinton played a fictionalized version of herself, though the name only had one L, a character who is trying to find a job. When Murphy talked about her resemblace to the real Clinton, Clinton’s character said, “I get that a lot.”

During her cameo, Clinton said that she was the former secretary “of a very large organization” for four years. She also didn’t hesitate to make self-referential jokes.

“And you have all the required skills; computers, emails….,” Murphy said. Clinton quipped, “Emails. I do have some experience with emails,” referring to her own infamous email scandal that played a big role in her 2016 election battle with President Donald Trump.

Despite the amazing experience that Clinton had in her resume, Murphy thought that she was a little “over-qualified” for the secretary job. It was also revealed that Clinton’s email was “Hilary@YouCouldaHadMe.Com.”

During the show’s original 10-season run, many huge stars had played the role of Murphy’s secretary. Among them were Sally Field, Bette Midler and Rosie O’Donnell, John Kennedy Jr., Don Rickles and Paul Rubens.