The Love Island beauty, 24, chose a halterneck that flattered her curves to the max, while she showed off her toned booty in a high-waisted thong. 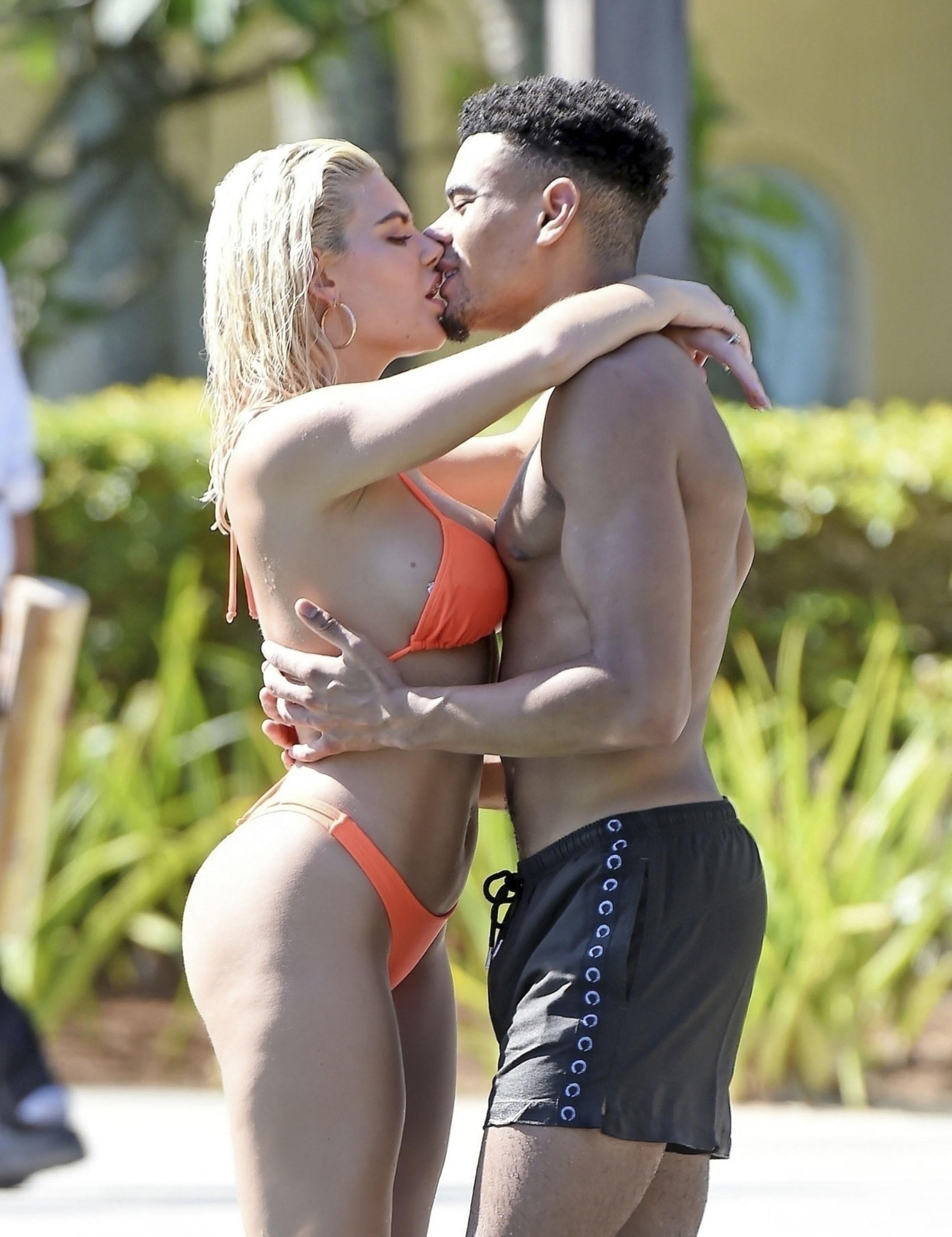 Wes, 20, looked cool in a simple pair of black shorts as he went in for a kiss.

At one point the former scientist helped Megan to strip off her trousers to reveal her thong.

The couple shot to fame when they began dating on Love Island last summer. 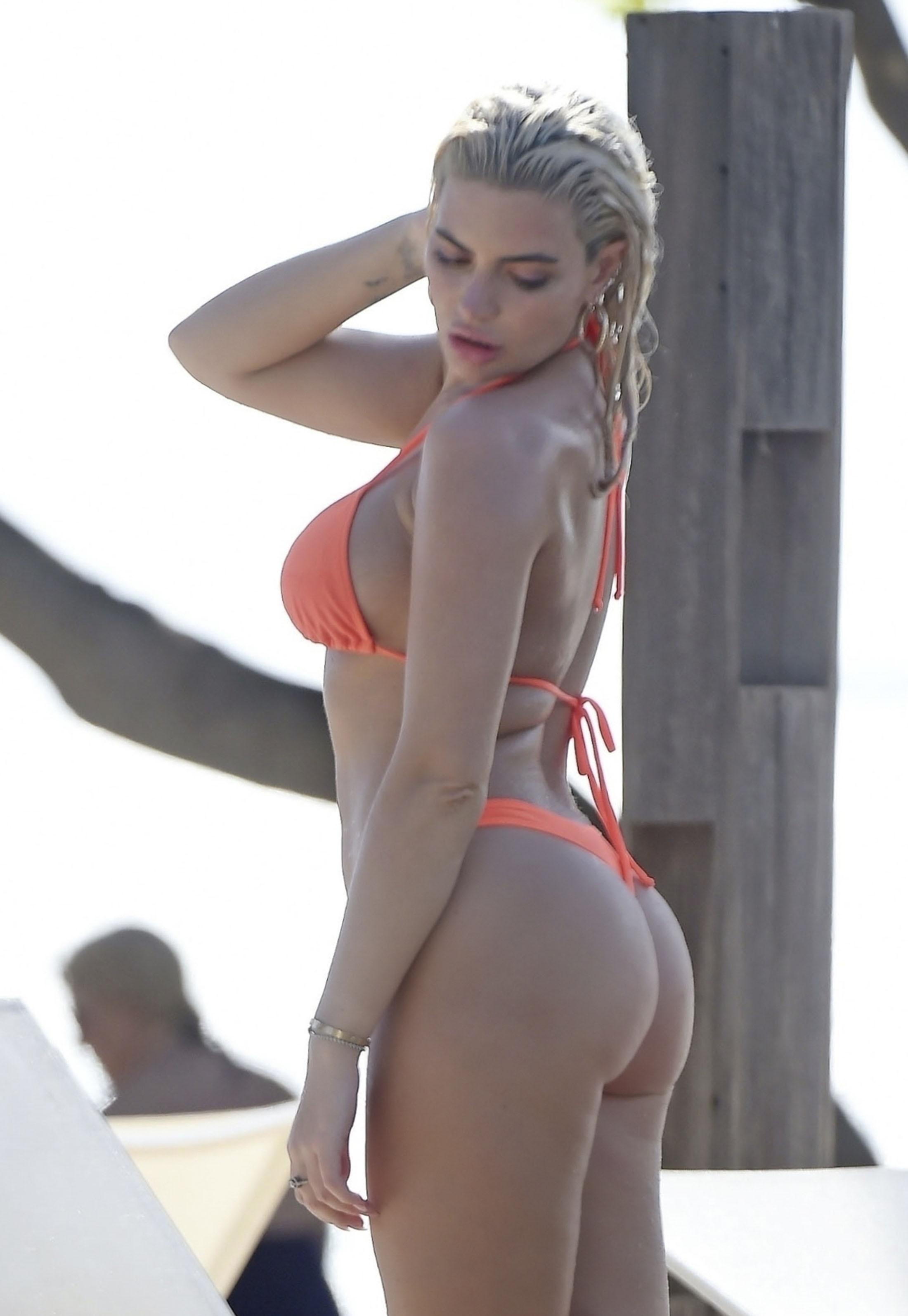 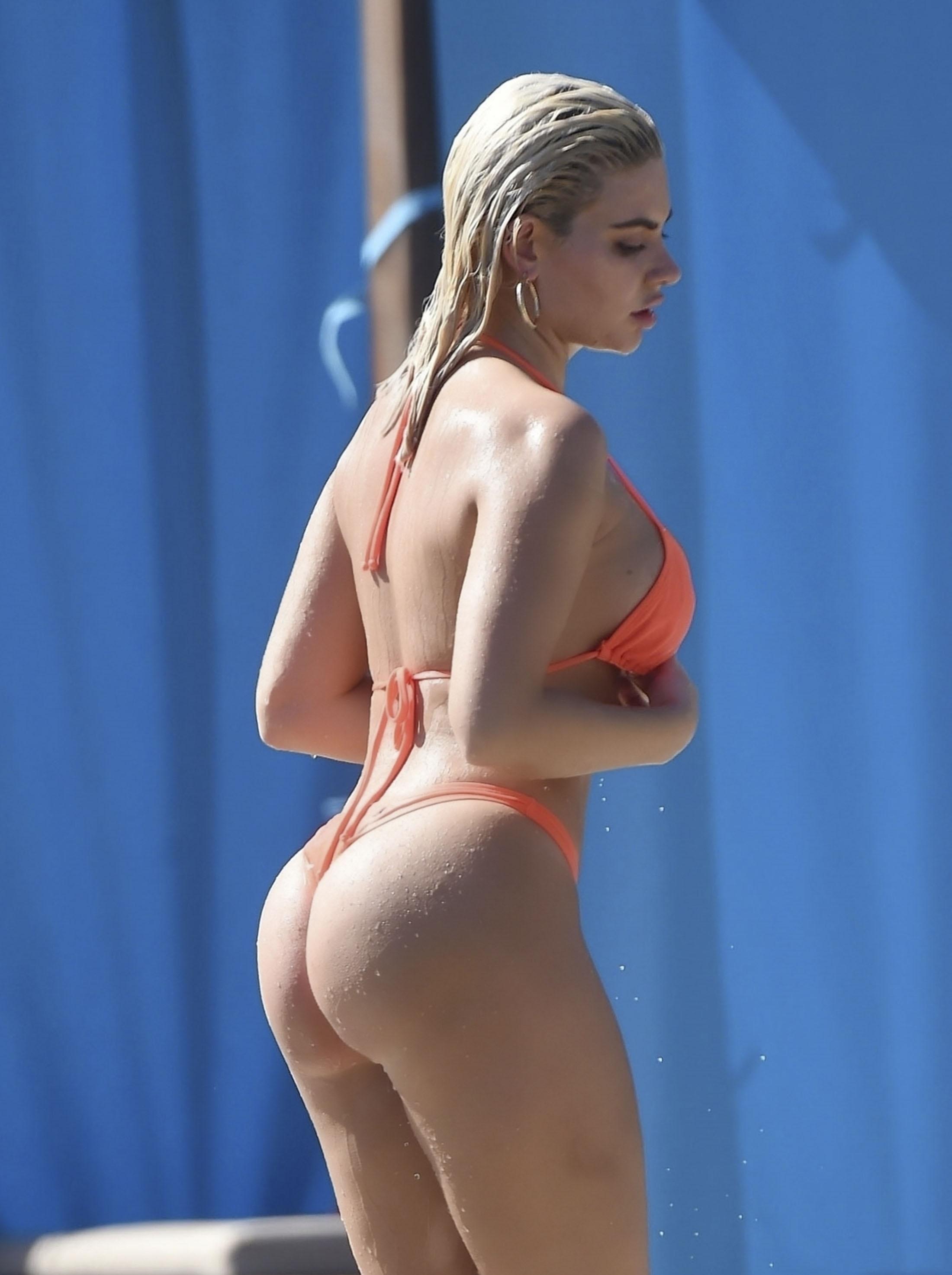 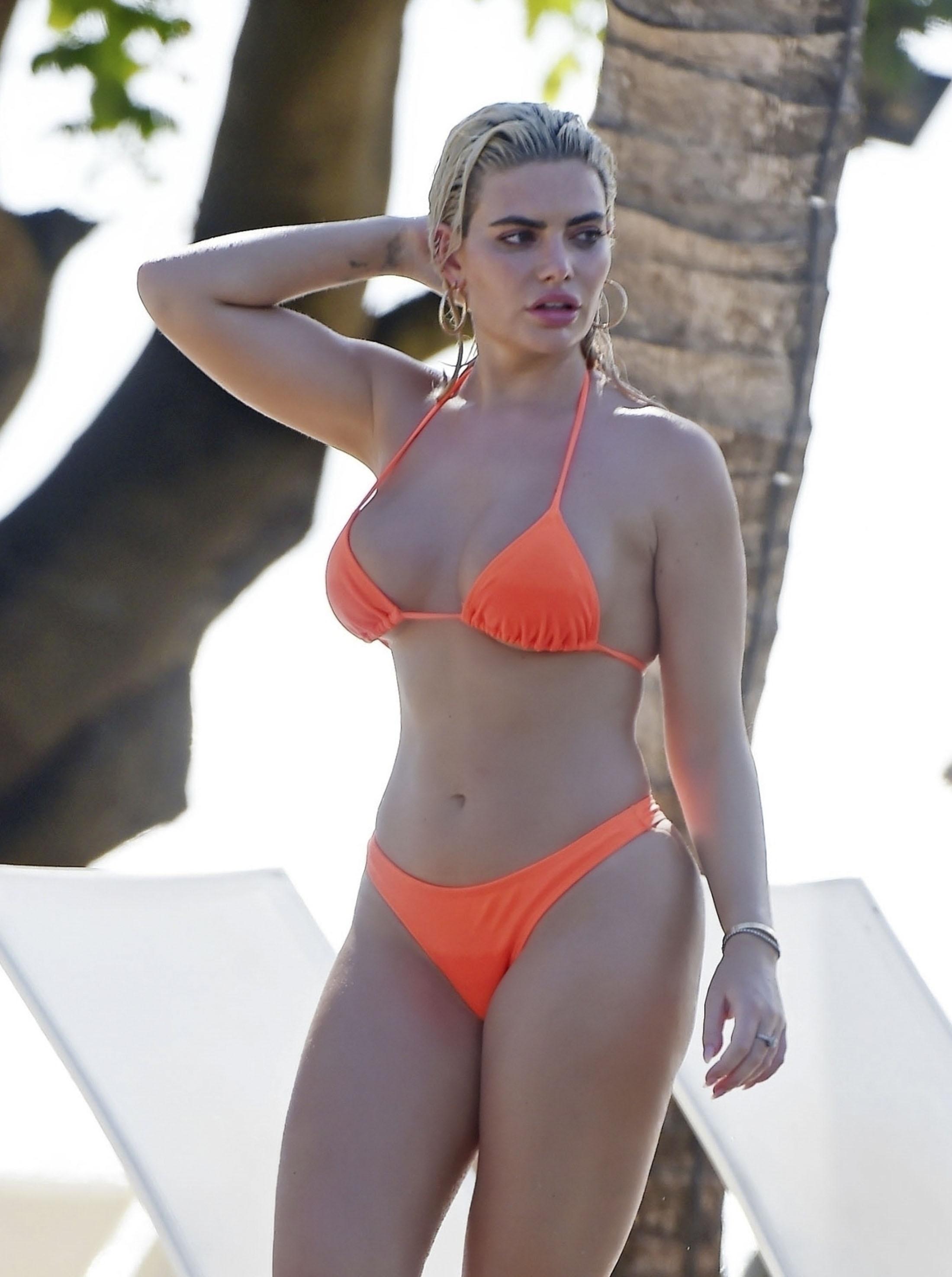 They jetted off on their sunny holiday this week and they have been pictured making the most of their beach break to top off an amazing year.

She has had a whirlwind few months as she has bagged a huge role as ambassador for PrettyLittleThing.

Megan has already made waves in a sensational little black dress as she celebrated at the brand's star-studded party with Ashley Graham last week in California.

The Love Island favourite was the most recent addition to growing host of ambassadors for PrettyLittleThing, including KUWTK star Malika Haqq, models Jasmine Saunders and Izabela Guedes, and YouTube star Kelsey Calemine. 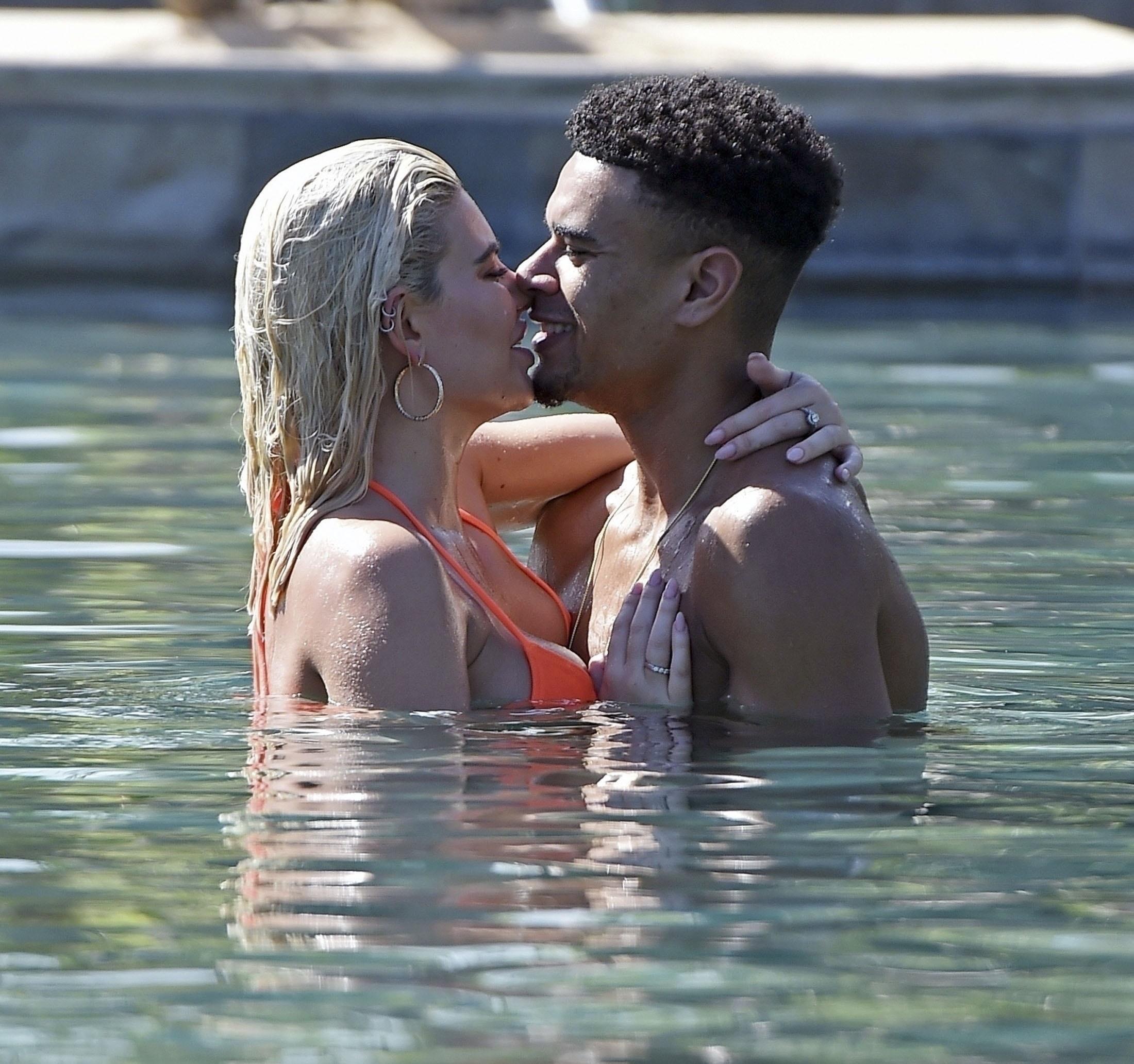 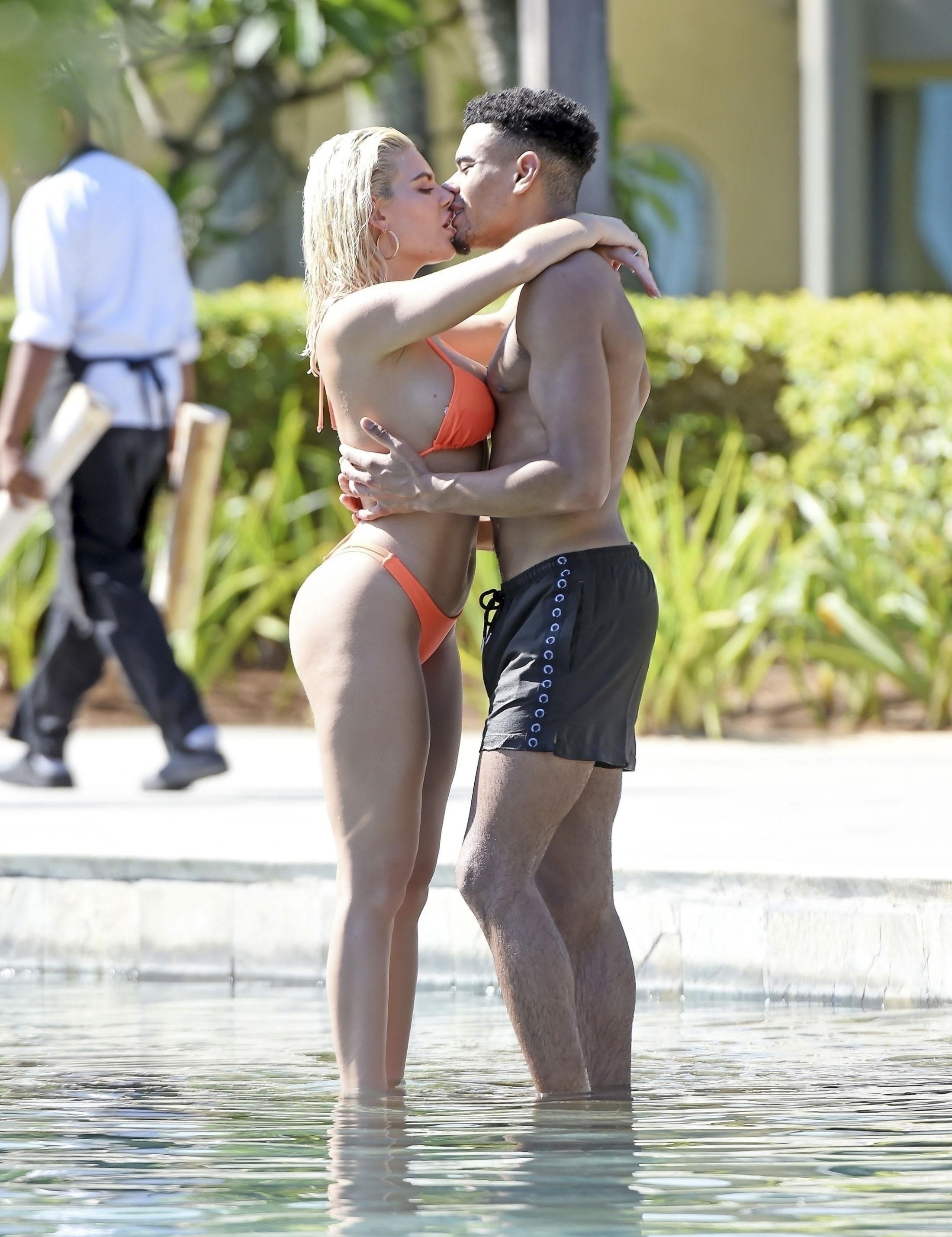 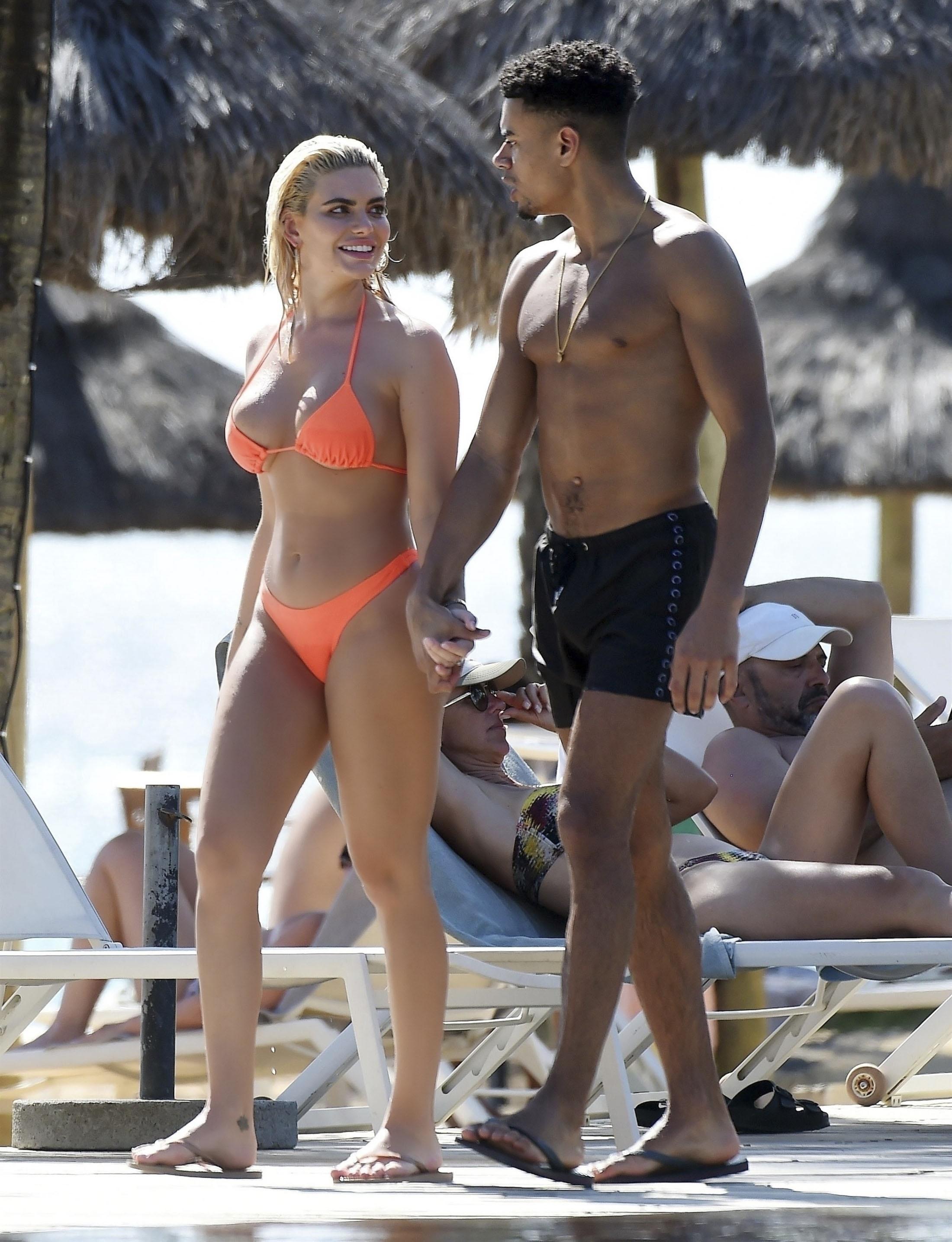 Meanwhile Megan was forced to defend herself against social media trolls who criticised her.

Normally chooses not to engage with them, but there was a comment a few weeks ago that made her so angry she had to respond.

Speaking to the Sun's Fabulous magazine she said: “I am quite a sensitive person and I’m just human like everyone else.

“I might have a blue tick, but I still have feelings.”

The person in question had commented on a photo of Megan from a celebrity event and “kindly” informed her that she was “so fat now”.

Megan was momentarily crushed, but fury quickly took over and she decided to publicly call the troll out and encourage other women to embrace their curves.

“I really made an effort that night. I got a stylist, got my favourite hair and make-up artist, and I felt like a princess.

"I was in such good spirits and then to see all these negative comments, I was like: ‘What the hell?’. It’s so nasty to look at a picture and to take time out of your day to criticise and pull me apart."