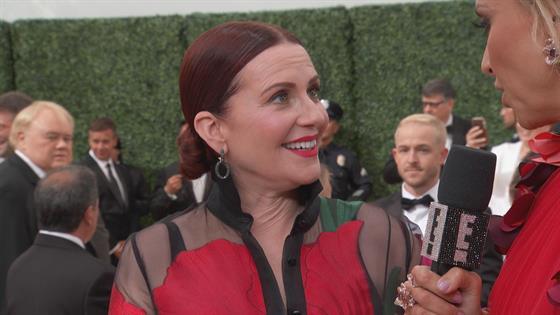 Megan Mullally had a moment just being nominated for an Emmy. Mullally picked up a nomination in 2018 for the Will & Grace revival.

Mullally was calm, cool and collected, she said she wasn’t nervous because she didn’t think she’d win. Alex Borstein took home the award for The Marvelous Mrs. Maisel.

“Just the fact that Will & Grace even came back in and of itself is just unbelievable to me, it’s just a miracle,” she said. 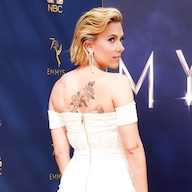 Mullally is back playing Karen Walker once again and told us she doesn’t have a hand in the shaping the story at all, because “the writers are so amazing.”

In addition to the upcoming season of Will & Grace, Mullally has a book coming out with her husband Nick Offerman. The book, The Greatest Love Story Ever Told, hits shelves October 2, is actual conversations between Offerman and Mullally.

The fan question couldn’t have been better for Mullally: “Do you believe in soulmates?”