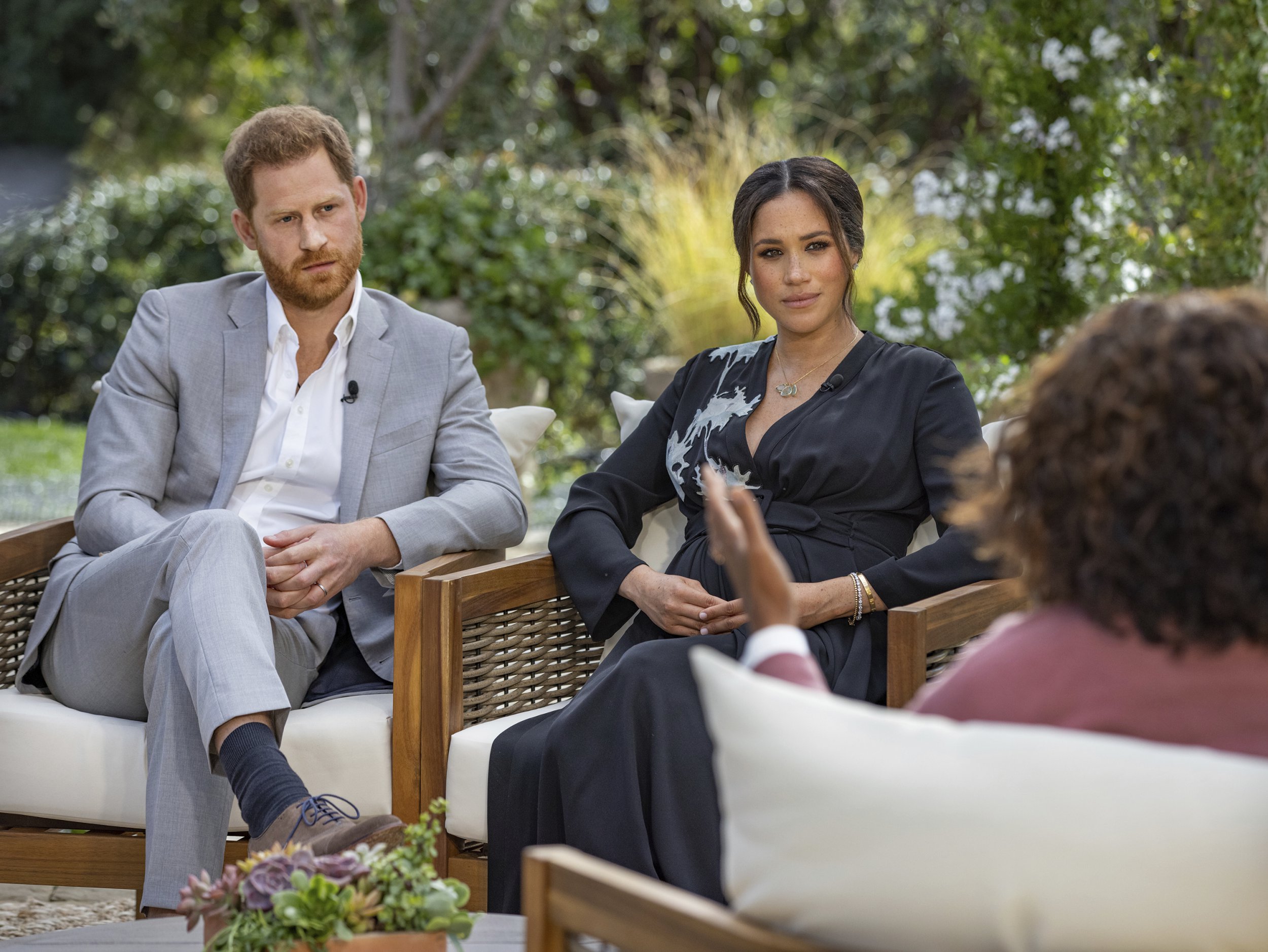 During the 2021 NTAs, a montage was shown of the most iconic TV moments from the past year.

This included Meghan and Harry’s bombshell interview with media mogul Oprah, which saw the couple make several shocking revelations about their time in the royal family.

According to a source, when the clips from the interview were shown on the big screen, ‘audible booing’ could be heard at the London’s O2 centre, although viewers watching at home could not hear it from their TVs.

Speaking to MailOnline, they said: ‘Meghan and Harry were shown on screen during a montage of TV moments from the last twelve months.

‘Immediately, there was audible booing throughout the arena. It was as though they were pantomime villains.’

A second source, a celebrity who reportedly asked not to be identified, noted that some ‘embarrassed faces’ could be seen in the audience.

‘When the clip came up of Meghan there were boos from the audience,’ they recalled.

‘Some shouted out and there was laughing. There were a few embarrassed faces but sadly Meghan was obviously not too popular on the night.’

Meghan and Harry’s interview with Oprah is nominated at this year’s Emmy Awards.

Earlier this year, Piers Morgan quit Good Morning Britain after making highly contentious remarks about Meghan’s interview with Oprah, including expressing his doubts over statements she made about her mental health.

Tens of thousands of people complained to Ofcom about his comments about the Duchess of Sussex.

However, earlier this month it was announced that Piers had won his Ofcom complaint, with the media watchdog ruling that the broadcaster was entitled to share his opinions.

Ofcom said that while Piers’ comments were ‘potentially harmful and offensive’, Good Morning Britain did not breach the broadcasting code.

Piers joked that he wanted his job back after the ruling, tweeting: ‘I’m delighted OFCOM has endorsed my right to disbelieve the Duke & Duchess of Sussex’s incendiary claims to Oprah Winfrey, many of which have proven to be untrue.

‘This is a resounding victory for free speech and a resounding defeat for Princess Pinocchios. Do I get my job back?’