Michelle Damon on Below Deck Med: Who is MLB player Johnny Damon’s wife? 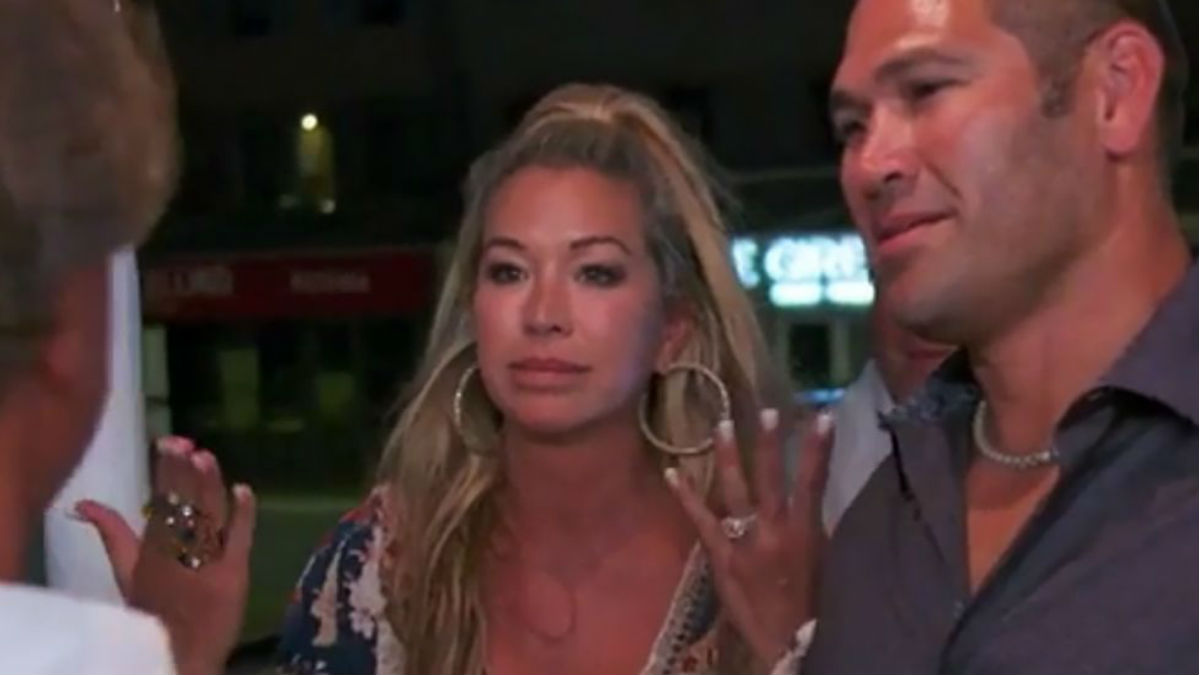 Fan opinions of Michelle Damon on Below Deck Mediterranean are mixed. Along with her famous MLB player husband, Johnny Damon, she just wrapped up their second stint on the Bravo show.

Michelle did not hold back on Below Deck Med. She speaks her mind and does exactly what she wants in that moment.

During Season 4, Michelle got into it with another yacht owner who wanted their group to come to his boat. The man smacked Michelle’s hand away from his face, prompting João Franco to kick the man off the Sirocco.

Michelle unloaded on her friend Shanna on the current season after the latter suggested Michelle was wearing Spanx. It was one of the most entertaining arguments ever on the reality TV show.

Who is Michelle Damon?

According to Boston.com, Michelle Mangan met the famous baseball player in a restaurant in Houston, Texas, in 2002. Michelle insists she had no idea who Johnny was at the time.

He was newly signed with the Boston Red Sox, and she worked at a talent scout agency. There was an instant attraction between the couple, who immediately starting dating.

Johnny married Michelle in 2004, not long after his divorce from the first wife, Angela Vannice, was finalized. Michelle instantly became a stepmom to Johnny’s twins, son Jackson, and daughter Madelyn.

When not jet-setting around the world and starring on reality TV shows with her husband, Michelle works at The Johnny Damon Foundation. The couple created the organization to help national and local groups give disadvantaged kids leadership and growth opportunities.

We had a blast @obeachibiza with @belowdeckbravo @belowdeckmedbravo we got in the mood w face paint and did it up! Great vacation! Love the crew! Although we were cut short and only had a three day charter and half of the charter was off the boat we really enjoyed it. #belowdeckmed #makingmemories ???

We had a blast @obeachibiza with @belowdeckbravo @belowdeckmedbravo we got in the mood w face paint and did it up! Great vacation! Love the crew! Although we were cut short and only had a three day charter and half of the charter was off the boat we really enjoyed it. #belowdeckmed #makingmemories ???

The blonde beauty loves to spend time outside, golf, and party. Yes, Michelle and her hubby like to have a good time, as viewers of Below Deck Med have seen.

Despite never seeing herself as a mother — or wife for that matter — Michelle is thrilled with family life. Three years after getting married, Michele gave birth to her first child with Johnny, daughter Devon Rose, in 2007.

Being a mom agreed with Michelle. She and Johnny added five more kids to their family. Daughter Danica was born in 2008, followed by twin daughters Dasha and Daliah in 2012.

The couple welcomed their last daughter, Dreanna Michelle, in 2015, and their first son, Dash, in 2016. Johnny and Michelle have both shared that they are done having children. Eight is the magic number in the Damon household.

#mothersday2020 Having a wonderful day with my family! Hoping all of the moms have a great Mother’s Day today! ?

#mothersday2020 Having a wonderful day with my family! Hoping all of the moms have a great Mother’s Day today! ?

Michelle’s Instagram feed is full of photos of her family, including dog Luna. She is also an advocate who promotes many organizations that are close to her heart. The Damons currently call Florida home.

Johnny and Michelle Damon made quite the impression on Below Deck Mediterranean during their stints. They enjoyed their time on the show, but will the famous couple be asked back for a third time next year?