MODERN FAMILY star Sarah Hyland is making the most of her time home with fiance Wells Adams. 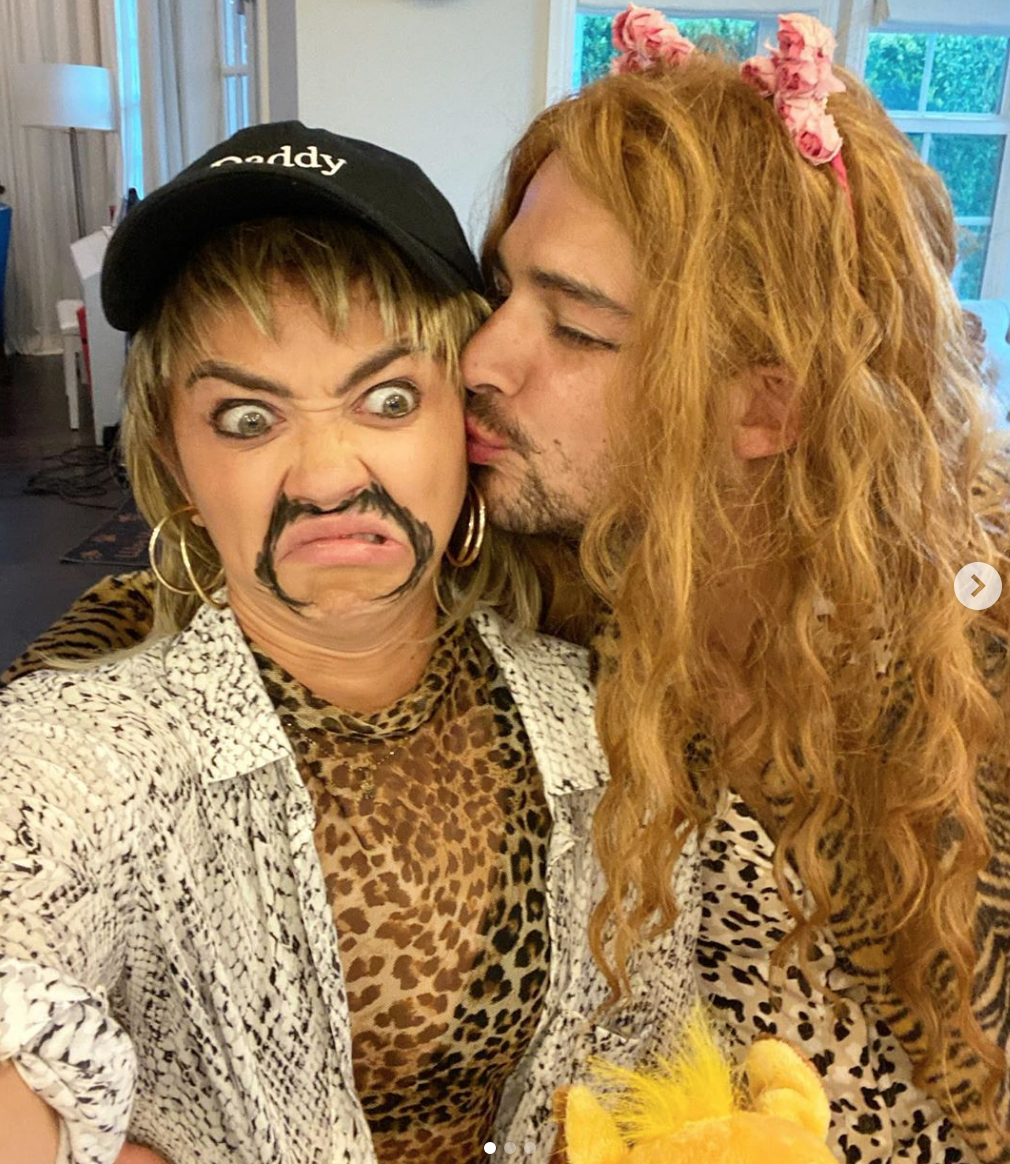 She added kohl to create a goatie and mustache, and a highlighted mullet wig under a baseball cap.

In Joe Exotic style, she added smudged eyeliner around her stunning blue eyes.

Her animal print sheer top was layered with a snakeskin print shirt. 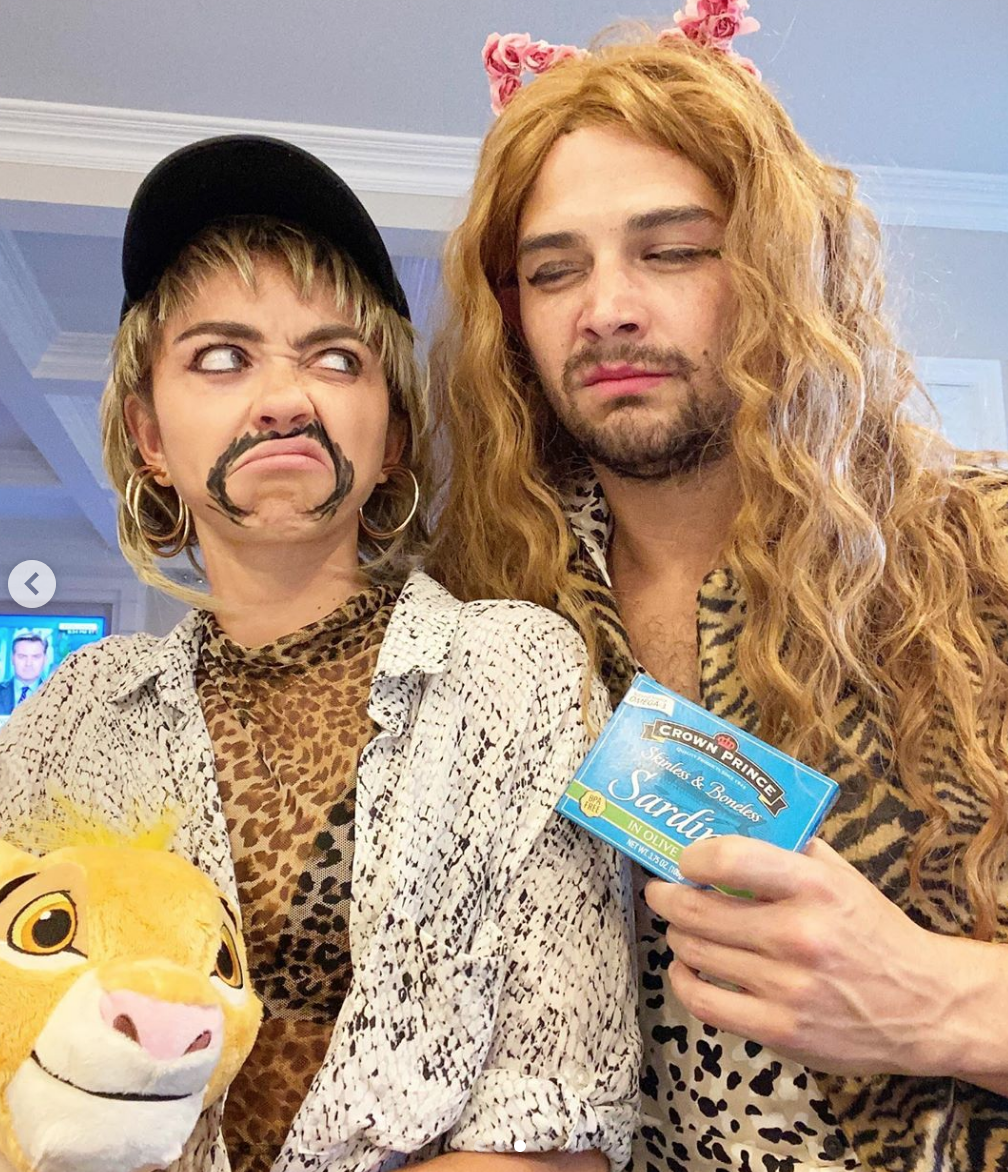 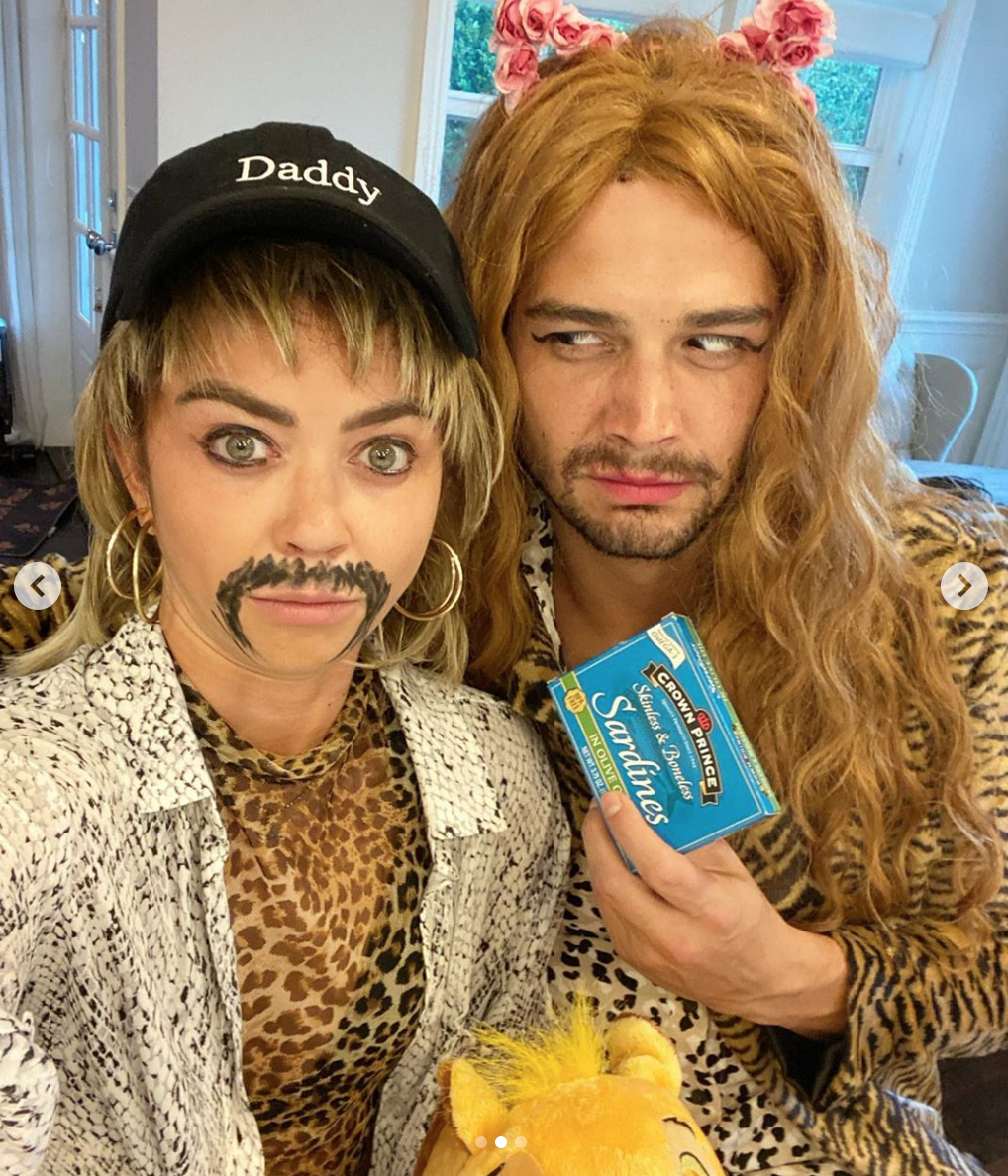 He had a blonde wig and rose cat ears.

They held a cuddly Simba teddy, and a tin of sardines – a nod to Baskin’s statement in the Netflix series in which she responded to rumors she fed her ex-husband to tigers by suggesting someone would have to put sardine oil on a person in order to get a tiger to eat them.

She captioned:  "That bi*ch Carole Baskin killed her husband.”??

Adams took to her comments to share a line from the documentary series and to note that the duo has been self-isolating for almost a month, implying that they’ve had to get creative to find ways to pass the time. 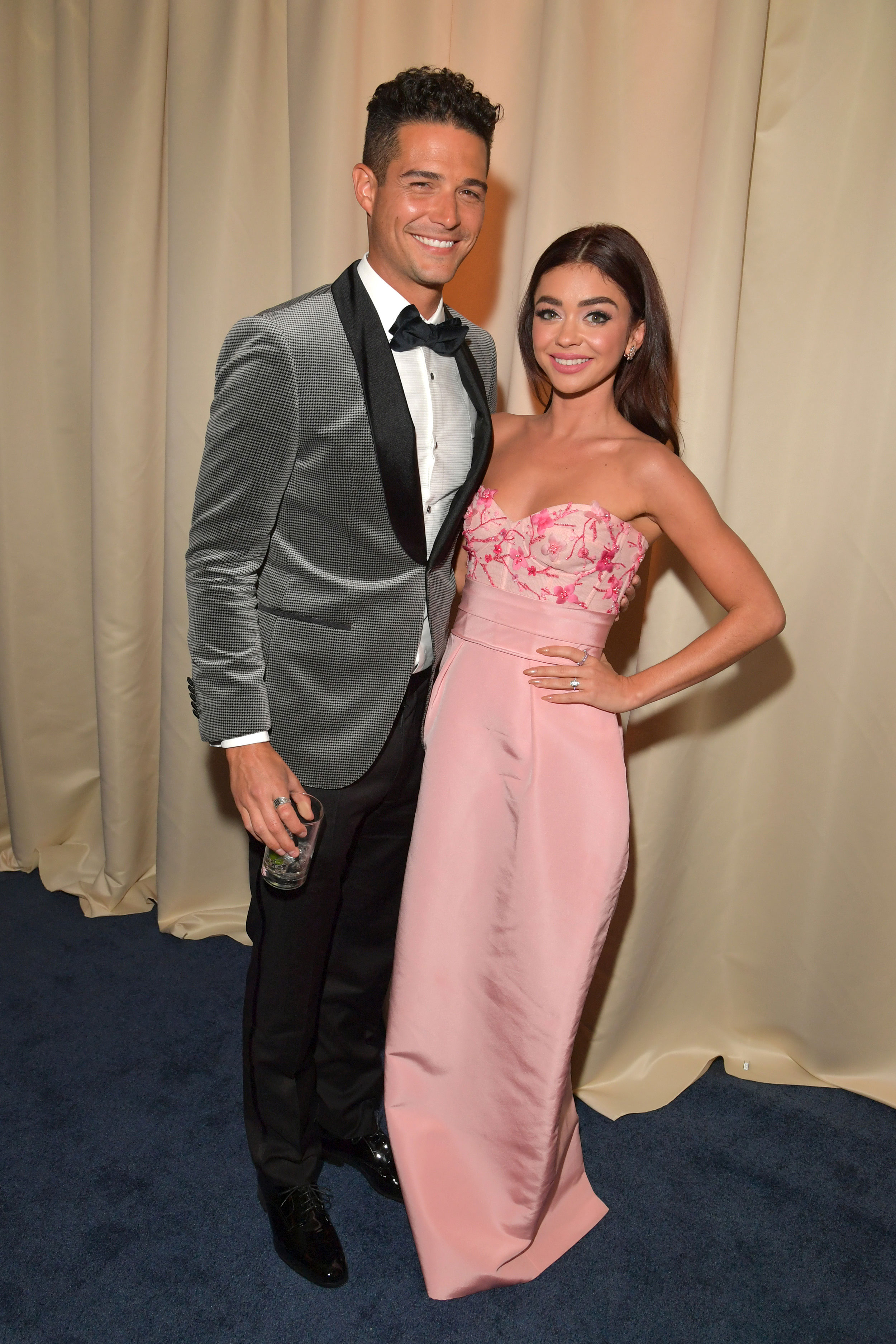 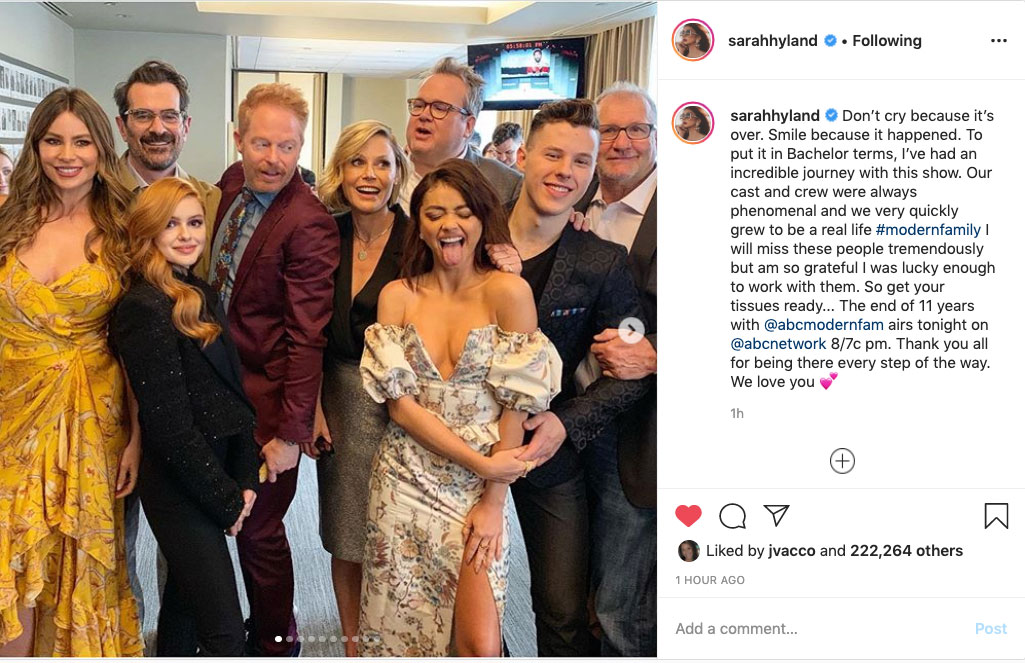 “Hey all you cool cats and kittens, day 27 of quarantine and we’re all losing it,”  he wrote.

The enigmatic former zookeeper is currently serving time behind bars for orchestrating a failed murder-for-hire plot against Baskin.

He viewed her as his greatest enemy due to the fact that she was campaigning to get his zoo shut down.