Money Heist season 5: Will Rio and Tokyo end up together? Big clue you missed

Money Heist fans will know how Rio (played by Miguel Herrán) and Tokyo (Úrsula Corberó) have been romantically involved since the very first season of the show. However, this took a turn for the worse in season three when they broke up – but is this for good? Here’s what you need to know about their relationship, including a big clue you might have missed.

Will Rio and Tokyo end up together in Money Heist?

When the gang were first brought together for a heist to steal from the Royal Mint of Spain, two characters hit it off straight away.

Rio and Tokyo quickly fell in love despite the bizarre circumstances they found themselves in.

Fans of the show will remember how early on they told each other their real names and vowed to get married.

Their love story continued throughout the first two seasons until they managed to pull off the dramatic heist. 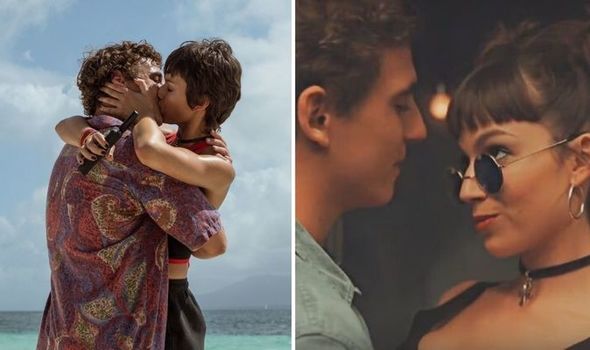 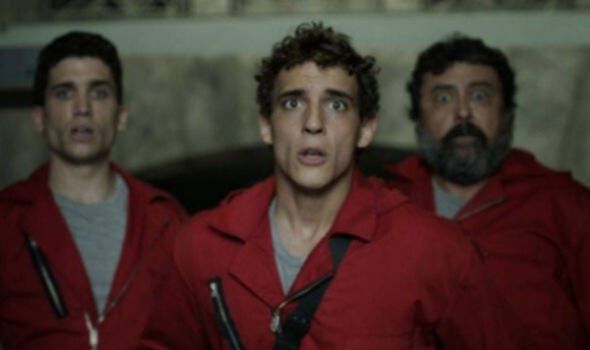 Fleeing after its success, viewers met them again in part three living together on an island.

However, this is where things started to go wrong for the couple after Rio was captured by the authorities and tortured.

Tokyo helped reunite the team to bring him back again but when he finally returned to the Bank of Spain, he broke up with her.

She was left devastated by this, drowning her sorrows and making poor decisions into the fourth season of the show. 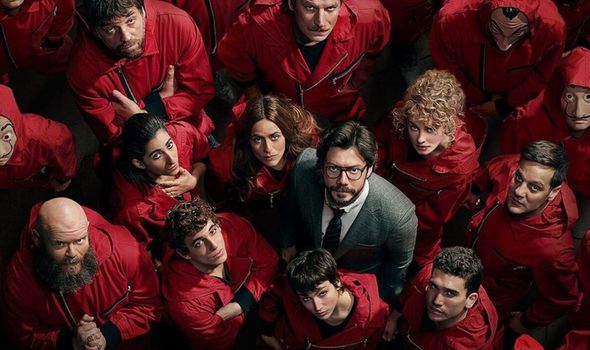 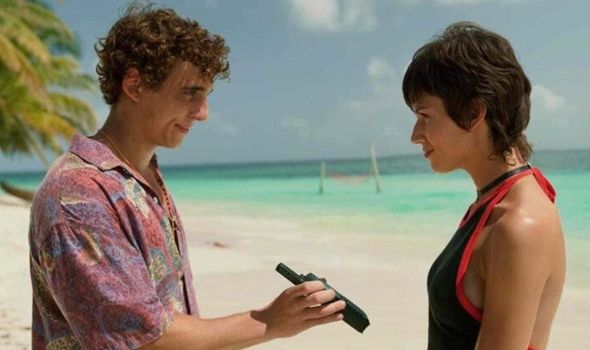 However, now the series is expected to come back again for season five, some viewers have been wondering if there is hope for the couple yet.

There was a clue in the very first episode they could find their way back to each other again.

This is because Tokyo is narrating the whole series from some point in the future, as viewers will remember.

While it is not revealed when she is speaking from, in her voiceover she always speaks very fondly of Rio.

And, what’s more, in the first episode she says about him: “Rio… He’s my weakness.

“He’s the Mozart of computers. He’s been coding since he was six and knows everything about alarms and electronics.

“For everything else in life, it’s like he was born yesterday.”

While this does not reveal they will get back together, the fondness with which she spoke about him suggests there could be some form of reconciliation after the second heist.

Although, this may not be a popular storyline decision among fans who recently took to Reddit to discuss the couple.

Posting on the platform, user mariacristina2020 asked viewers: “Big love or no?” alongside a photo of the pair.

Fan Greeneyedgal13 wrote: “They have great passion but this is lust not love.

“He’s too young to realize how toxic she is, and she continuously gets bored of him.”

“They had some cute moments but this is not love, more like passion,” agreed user monebolton.

A third named deathapprentice added: “Honestly Tokyo and Denver (Jaime Lorente) would be a better ship. There’s an obvious sexual tension between them.”

Just what is next on the cards for Rio and Tokyo will be revealed when the series returns again.

Money Heist season 4 is currently available to stream on Netflix.