Nina Wadia 'got sick' of playing 'unpleasant' Zainab in EastEnders 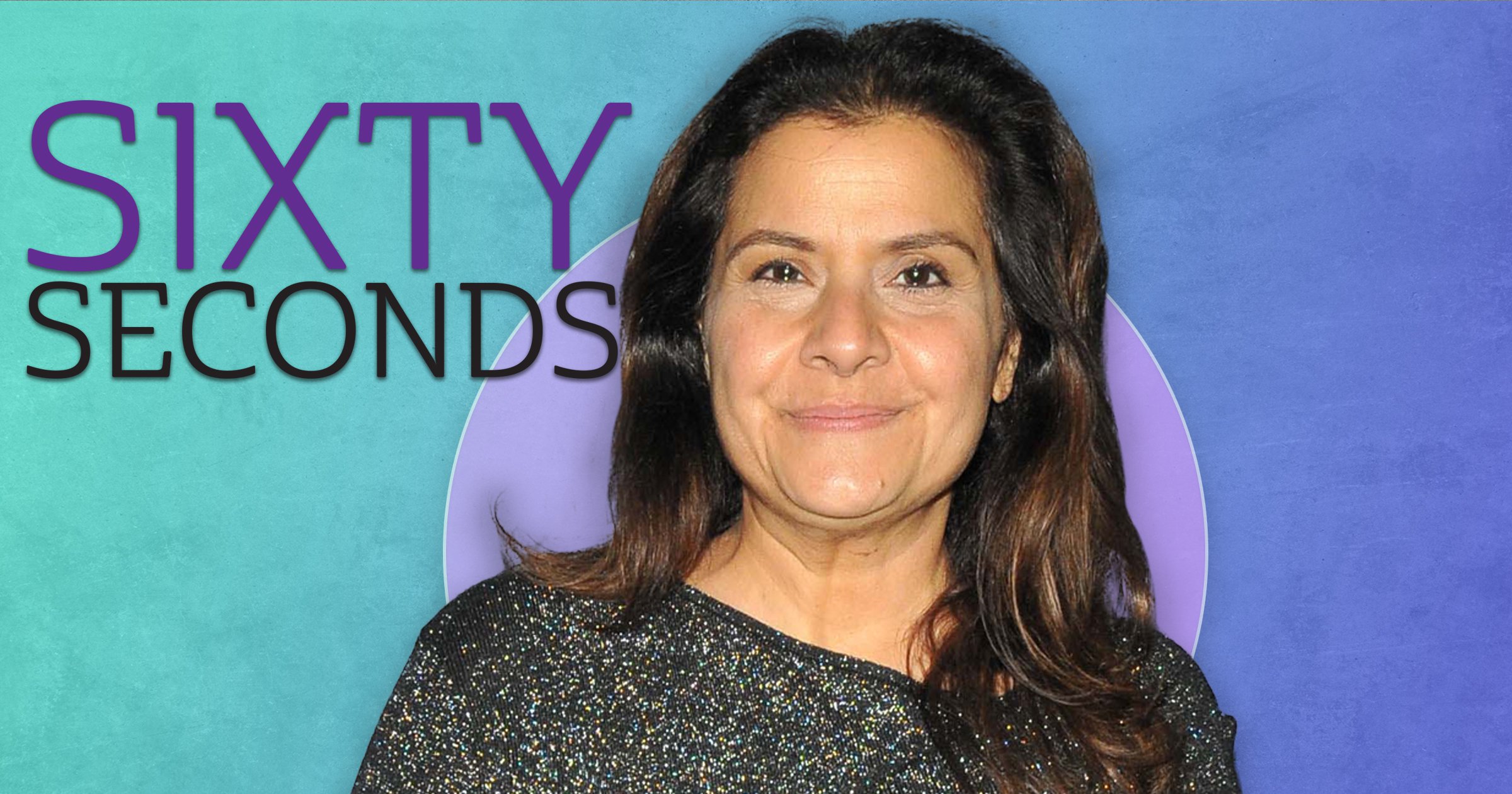 The actress, 53, on the other side of Strictly, why she really left EastEnders and her horror movie Followers.

How are you today?

I’m good, thank you, apart from my slightly lunatic dog, who’s driving me mad by running around like an absolute nut job.

Basil, can you stop freaking your face out? He’s a cockapoo — a toy poodle mixed with a cocker spaniel. I named him after Basil in Fawlty Towers.

The number one thing people Google about you is ‘Is Nina Wadia a doctor?’ So, are you?

It’s comedy horror and it’s got a sort of dark side of social media thing going on.

Have you ever had a supernatural experience?

Yes, several. As a child growing up in India, I clearly remember, aged four or five, having a full-blown conversation with my uncle from England.

Then, when I told my mum, the blood drained from her face because I didn’t know my uncle had just died in the UK. And it’s not just that, there’s many times where I’ve felt that I’m in the presence of someone.

Now I’m older it slightly scares me, not because they were scary experiences but because of the unknown.

How’s your relationship with social media?

The positive is that it got me through lockdown because I created this character called ‘Lockdown Mutha’ when my work had stopped so I could be creative on that platform and make people laugh.

And if my ten-second video a day made people happy, it made me happy. I initially joined Twitter for two reasons. One was to explain why I left EastEnders and they heard it from the horse’s mouth. And two, because it is a brilliant platform for my charity work.

Why did you leave EastEnders?

I just got sick of her. I didn’t realise that when you do the same character for that long a period of time, you slightly start to turn into them.

That’s what my husband [Raiomond Mirza] said to me: ‘You’re bringing her home with you. You’re very unpleasant!’ Zainab was a character people loved to hate. If I’d have fully turned into her, there’d be real trouble.

Fans can book you on celeb message platform Cameo for £52. Get any strange requests?

There’s someone who keeps asking me just to point the camera at my feet. I find that a bit weird.

He said he’d give the money to charity if I did it so I sent a message saying, ‘I’m sorry, I find this strange. It’s just not in my remit.’ And he wrote back saying, ‘I only want this for my friend, who’s a podiatrist.’ That could be true but nah!

Did you gain a different fan base from Strictly?

Strictly is so much bigger than I thought it was. So much bigger. Honestly, people were more excited that I’ve been in Strictly than for my entire career.

Why did I bother training for seven years in theatre and grafting so hard to become a halfway decent actress when all I needed to do was go on Strictly? It makes no sense to me. Reality TV is taking over the world.

Will you do more reality TV?

I’ve been asked to do I’m A Celebrity twice but I’ll never do that show.

Maybe I’m the most naive person in the world but I thought Strictly was only about the dancing. It’s not. It’s a popularity contest and a bunch of other things.

So I struggled with that. I’m just from a different generation, where hard work means something.

Did being the first one voted out of Strictly this season hurt?

Yes, of course I was upset because I wanted to do more dancing. But my husband said to me, ‘It’s just a job and it’s now finished.’ And you go, ‘Oh yeah.’

If you look at it from that perspective, you can handle it. But I am glad I didn’t do a show like that when I was younger. I think it can take a massive toll on you. You’ve got to be quite a strong person. It’s opened my eyes in very many ways to the shows that are out there now.

Do you get to keep your Strictly outfits?

They were very kind and they did offer but, no, all I could think of was, ‘Where in the hell would I wear that again?’

It’s like with the OBE thing when they give you the medal. I wore it on the day and then I thought, ‘When am I ever gonna wear this medal again?’

Where do you keep your OBE?

Oh, this is terrible. I don’t know where it is! Basil’s probably eaten it by now.

Followers is in cinemas from Friday