With the show generating disappointing viewing figures, The Defenders‘ future is now uncertain. Was the team of Daredevil, Iron Fist, Jessica Jones and Luke Cage a little stale, or did the production just suffer as a result of superhero saturation?

Marvel’s head of television Jeph Loeb recently shared some insight into what the show’s situation is. In a Reddit AMA, Loeb said of the prospect of a second season: “Not in the plans right now, but you never know!” 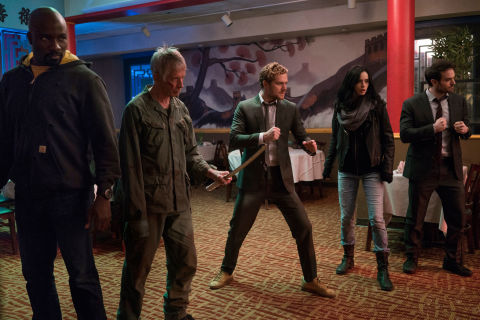 Krysten Ritter, who plays crimefighter Jessica Jones, has also weighed in with her take on a potential second outing, saying: “Y’know, I had a great time doing The Defenders and honestly, it was such a good experience that I would even do it again. I don’t think we are doing it again.”

It was busy AMA session for Loeb, who also reveals that most Marvel shows – so that includes Daredevil, Jessica Jones et al – WON’T be addressing that big Avengers: Infinity War ending, since they take place before you-know-who did you-know-what.

He also shared his eagerness to bring back the much-loved Agent Carter series with Hayley Atwell in the lead role once again.

“Find us a network,” Loeb said. “Hayley has been kind of saying she’d love to come back.”