'Nobody' Film Review: Bob Odenkirk Blows His Cover in Wild Shoot 'Em Up 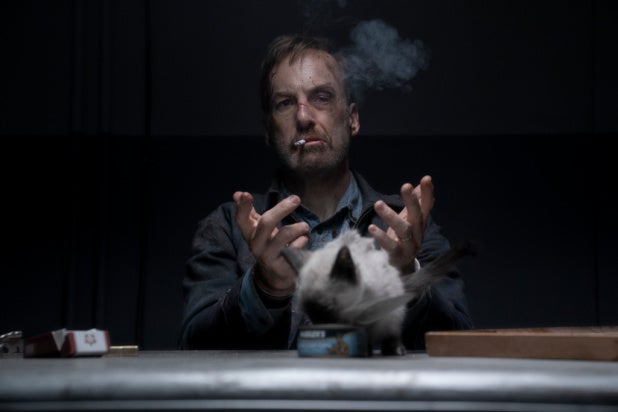 If you can give yourself the gift of seeing “Nobody” without seeing the trailer or reading any reviews, you should. Seriously, stop reading right now, watch the film, then come back.

OK, here’s the deal: This comedically over-the-top action movie starts out as one kind of masculinity-in-crisis movie (nebbish fails to adequately defend hearth and home) and becomes a far more entertaining one, a grandly cartoonish revenge saga that simultaneously mocks and milks tropes involving Russian mobsters, suburban ennui, men with mysterious pasts, and guns, guns and more guns as the solution to manly anxiety.

“Nobody” is more violent lark than probing satire, but between Bob Odenkirk’s smartly underplayed performance, the surprises in the screenplay by Derek Kolstad (the “John Wick” series) and the puckishly brutal direction of Ilya Naishuller (“Hardcore Henry”), it’s a wonderfully paced and consistently clever action movie that ups the ante of a genre that’s been dominated by Liam Neeson clones.

Odenkirk stars as Hutch Mansell, whose thuddingly repetitive routine (captured brilliantly by editors Evan Schiff and William Yeh) involves making coffee in the morning, rolling the trash can to the curb just late enough to miss pick-up, taking the bus to his job as an accountant at a metal works owned by his father-in-law (Michael Ironside), coming home and sleeping with a wall of pillows separating him and his wife Becca (Connie Nielsen).

So far, so humdrum. One night, a pair of burglars break into his home. Hutch’s son Blake (Gage Munroe) gets the drop on one of them, and while Hutch could take out the other armed burglar with one swing of his golf club, he opts instead to let them go. The investigating police officer and Hutch’s neighbor and various co-workers, implicitly or explicitly, let Hutch know that they wouldn’t have been afraid in the clutch. But just when you think “Nobody” is going to turn into “Straw Dogs” or “Force Majeure,” it takes its own path.

That path involves Hutch’s secret past as an exceptionally skilled fighter and killer who’s turned off that part of himself to raise a family in anonymity. That dormant side demands to be reawakened, however, when a fight on a bus with some drunken goons leads to the death of one of them. The dispatched happens to be the brother of mob boss Yulian (Alexey Serebryakov, “Leviathan”), who will seek vengeance and, eventually, come to regret underestimating Hutch and his particular set of skills. (One of the best running bits in the script is that the audience is told very little about Hutch’s past; instead, we see characters in the film learning the details and immediately becoming alarmed and terrified.)

This is the kind of violent film that inevitably gets described as “gleeful.” Naishuller crafts set piece after set piece that allows Hutch to demonstrate his various abilities — hand-to-hand, guns, bombs, the works — and Odenkirk, to his credit, plays put-upon dad and super-assassin with equal credibility. Watching the actor’s evolution from “Mr. Show” to “Breaking Bad” to “Better Call Saul” has been a fascinating journey, and to see him lay the groundwork for a possible new chapter as an action star feels genuinely thrilling.

By the time Hutch and his allies — RZA as his equally-able brother, Christopher Lloyd as their FBI-retiree dad — take on an army of mobsters in a booby-trapped machine shop, “Nobody” has long since abandoned any pretense at realism or logic, but it maintains its breakneck pace and flamboyant carnage in a way that other would-be bang-bang-boom epics can’t match. Over-the-top gunplay requires a steady hand at the wheel, and Naishuller always makes sure that viewers know where everyone is and how much ammo they’ve got left.

The idea of an itchy trigger finger as the solution to midlife malaise is ridiculous, and “Nobody” knows it. There’s an obvious level of wish-fulfillment at work here — the underestimated average guy could be a secret killing machine, and woe to the bad guy who gets in his way — but that’s nothing unusual for the genre. What this film does so brilliantly is push the action to comical extremes without destroying its narrative structure. It gives the audience what it wants and does so in a way that’s so exaggerated that it compels at least part of that audience to examine why it wants that and whether it should. Whichever camp they fall into, viewers are likely to be carried away on its wave of gunpowder and testosterone.