Norman Lear Talks About Creating the Disabled Narrative in Sitcoms

This article is part of an ongoing series that looks at the history of disability issues in television. You can find Part One in the series, about viewers’ recollections of disability on television here; and Part Two on disability in Very Special Episodes here.

When Norman Lear won another Emmy two weeks ago — becoming the oldest Emmy winner in history — it reminded audiences of how vital and revolutionary the showrunner and creator has been for more than 50 years. His television shows in the 1970s changed the landscape, deconstructing everything from gender to race.

But one area that is often overlooked in his career is his work with disability. It’s a statement Lear chuckles at when asked about — to him, it just made sense to include disabled characters and, more importantly, disabled actors, to emphasize the world we lived in.

And to bring up that world is to briefly discuss where the disabled community was in the 1970s when Lear’s series started to take the world by storm. In 1973 the first major series of laws combating discrimination and opening up accessibility for those with disabilities were enacted. Soldiers returning home from Vietnam, with the war ending entirely in 1975, further precipitated the need for more discussion of how the disabled navigated the world.

Unfortunately, by 1977 the regulations the American Coalition of Citizens With Disabilities wanted remained unsigned by President Jimmy Carter, leading to nationwide sit-ins and disabled activists taking over the San Francisco Federal building. (This is fantastically shown in the Netflix documentary “Crip Camp.”) That same year saw Lear’s series “Good Times,” then in its fifth season, tackle disability with the episode “Breaker, Breaker” where Michael (Ralph Carter) discovers the girl he’s talking to via CB radio is in a wheelchair. Though the actress playing Nancy — aka Michael’s “Fun Girl,” actress Sharon Brown — wasn’t disabled, the episode still sought to put her story front and center, and put the impetus on Michael to realize his what we now know of as ableism.

Lear could have easily rested on hiring able-bodied performers to play disabled characters but in 1978 he met stand-up comedienne Geri Jewell and it changed everything. Jewell, who has cerebral palsy, was performing at  Los Angeles landmark The Comedy Store, where she’d cultivated an act that acknowledged and poked sly fun at the people who didn’t understand disability. When asked, Lear said the first thing he noticed about Jewell was her smile and her laugh. “She wanted to perform,” he said. It was a good time for it, too. The 1980s, especially the year 1981, would become known as the “year of the disabled person,” meant to increase public awareness, understanding and acceptance of the disabled community. 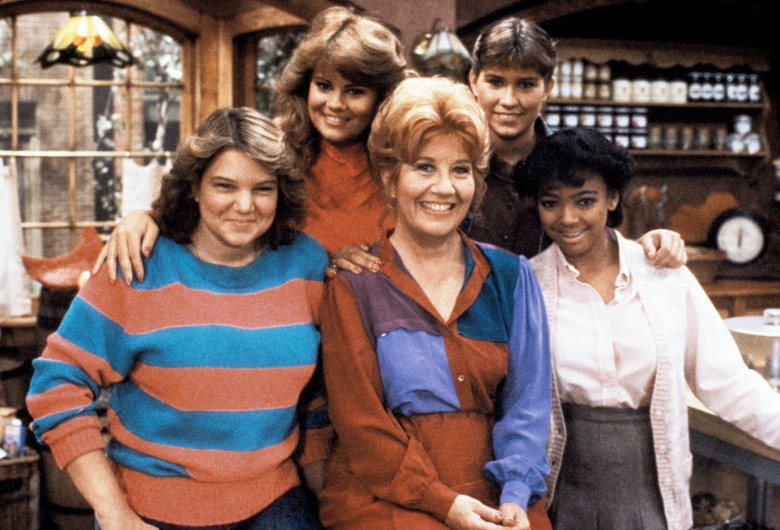 Nobody had ever seen anyone like Jewell, the actress told IndieWire, let alone someone like Jewell doing stand-up comedy. “I was in the right place at the right time,” she said. In 1980 Lear put Jewell on his sitcom “The Facts of Life” as the affable cousin to snooty Blair (Lisa Whelchel). Much of the character was based on Jewell herself — including that Cousin Geri herself was a comic — though the actress said she had little input on her character. Because Lear’s production company only oversaw the series, it often left Jewell struggling on-set with the screenwriters. “There’s a lot of pressure because you are told again and again that you represent so many people,” Jewell said. But Jewell also struggled with her own issues. She hid from the cast and crew that she was hearing impaired, mostly because she didn’t want others to assume she was a handful on top of having CP.

“Every time I had a cue to go on-stage from backstage, they would always have someone behind me, tapping me,” she said. And even though Jewell tried to hide her hearing loss, the other actresses on the show figured it out. “The big craze was the Walkman…and I remember Lisa [Whelchel] coming over to me and saying, ‘Will you take that Walkman out of your ear?’ And I said, ‘Everybody else has a Walkman’  [and she said], ‘Yeah, because everybody else can hear,’” Jewell said.

In 1982 Lear and Jewell reunited for the all-star variety special “I Love Liberty,” and as much as Jewell might have struggled on “The Facts of Life,” working with Lear emphasized his compassion and understanding of how the world often responded to the disabled. As Jewell recounted, she went on the stage with no hearing aids because in 1982 hearing aids produced a whistling sound that cameras picked up on. “Nobody laughed. I thought that was the end of my career. I had tears in my eyes,” she said. Lear said he assumed Jewell froze and rushed on stage — “in the years I could run,” he said — and gave her a hug. “I knew she could do it,” he said.

Jewell said it was soon discovered that the mics weren’t working and that what she thought was a crowd that hated her actually couldn’t hear her. “Norman put his hand on my shoulders, he backs me up, and he said, ‘Geri, read my lips, your mic isn’t working,” she said. It didn’t end her career and Jewell stayed with “The Facts of Life” through 1984, in spite of feeling like her character was often only utilized to tell disabled stories. Jewell was initially announced to have her own spin-off series, entitled “Here’s Geri” in the mid-1980s, which she would have had more input on, but when production supervisor Al Burton — who was working on the series — left the show, the talks ended there.

Lear’s encouragement also gave another disabled performer her start after Jewell’s rise to fame. When she was 13, Californian Melanie Watson Bernhardt was spotted by a talent scout at her local YMCA who was seeking disabled swimmers. Working on various television shows eventually ended up putting her on the radar of Marshall Goldberg, the writer of another Lear produced series, “Diff’rent Strokes.” She was first placed on an experimental series Lear produced called “The Baxters.”

The short-lived series, debuting in 1979, blended both a sitcom with a talk show that focused on important topics. It wasn’t until after that show’s failure that Watson ended up cast on “Diff’rent Strokes,” in the role of Kathy Gordon, Arnold’s (Gary Coleman) best friend who used a wheelchair. It was written specifically for her. 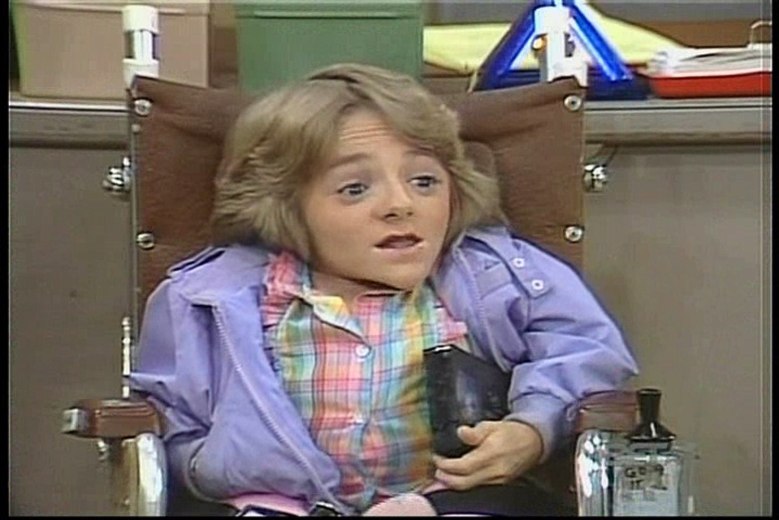 Watson wasn’t as close to Lear as Jewell was, but she understood his influence at a young age — though she admits she wasn’t the easiest child to work with. “I was a pill,” she said. “I was always playing with my yo-yo and listening to my Walkman.” But when she was on-set she knew it was work and it was a different atmosphere for her. “Back in those days I didn’t have a wheelchair,” she said. “So I was carried everywhere.” On-set, the manual wheelchair she utilized often got tripped up on the cords placed throughout the set, though Watson said the entire crew was polite and accommodating in helping her navigate everything.

That being said, like Jewell, Watson struggled with the material she was given. In her second appearance on “Diff’rent Strokes,” entitled “Kathy,” the character of Kathy shows up on crutches to prove that she can walk and inspire Arthur to give an important speech. “I did not want to do that,” she said, explaining that a few years prior to filming she’d endured a bad fall that left her fearful of walking again. “I can remember saying, ‘This is somebody else’s dream,” she said. “But they explained to me this was the premise of the episode.” Her mother told her to remain quiet and do the scene, which Watson did, but the desire to be an independent person left her feeling disillusioned by acting.

Despite that, Watson has always praised Lear for giving disabled actors like herself an opportunity on a large series. “I’m proud of Norman for going against the norm and doing something,” she said. It’s enough to make Watson wish she had been more mature when she started acting: “I didn’t realize what a gift it was to be the first one out there. If I had to do it all over again I would have stayed in the business.”

As for Lear himself, he’s eager to look for new opportunities to highlight disabilities in his shows. On the new incarnation of “One Day At a Time,” airing on Pop TV, disabled actress Santina Muha plays Beth, one of the veterans who is a part of series lead Penelope’s (Justina Machado) support group. “It’s our responsibility as producers, when we have this gift of the platform that we have in entertainment…we tell the stories that have people feeling represented on television,” said Lear’s producing partner Brent Miller.

He and Lear say they could even see Muha’s character and the women of the support group translating to their own series someday. Either way, Lear is hopeful that we’ll see more disabled representation from others down the line. “Fingers crossed, and I’ll even cross a couple of eyes,” he said.