One of TV's Best Shows Finally Has a Premiere Date 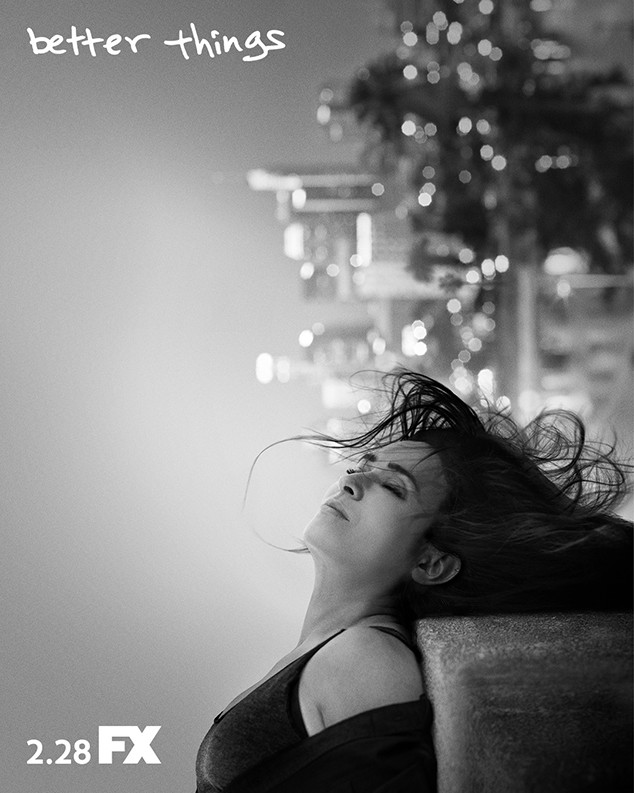 Your life is about to get Better. FX officially announced the season three premiere date for Better Things, the acclaimed series from Pamela Adlon. Better Things will finally return Thursday, Feb. 28 at 10 p.m. on FX.

Adlon, who co-created the series with Louis C.K., will once again direct all episodes of the season. She helmed the entire second season and co-wrote most of the episodes of season two with C.K., but after C.K.’s exit from his FX deal, Adlon assembled a writers room for season three, which includes Sara Gubbins, Joe Hortua, Robin Ruzan and Ira Parker.

Adlon was nominated for an Emmy for seasons one and two of the FX comedy.

Ahead of the season two premiere, Adlon spoke with E! News about her decision to direct all episodes, and how the show is partially inspired by her real life.

“I feel like organically it just happened because the material is so rich with all of these people and this world. Certainly because I was managing the whole thing and everything was flowing through me, maybe the emotion—I was able to just squeeze all of those feelings…I was in my full flower, so all of those disgusting emotions that I just…I can’t—When I get emotional, I try and shake it off and get through it…It’s like, you know when you have to throw up? When I feel like I’m about to cry, I’m just like [grunts]. Stephanie [Adlon’s FX publicist at the time] knows this about me, I’m just like, ‘I don’t wanna!’…But I can’t help it because I thrive on that. I like to procure that everywhere I go,” she said.

See what kind of emotion Adlon squeezes out in Better Things season three starting Thursday, Feb. 28 at 10 p.m. on FX.