With a movie in Germany already under her belt, the actress was in the capital to tackle auditions for English-language flicks and also had modelling work lined up. 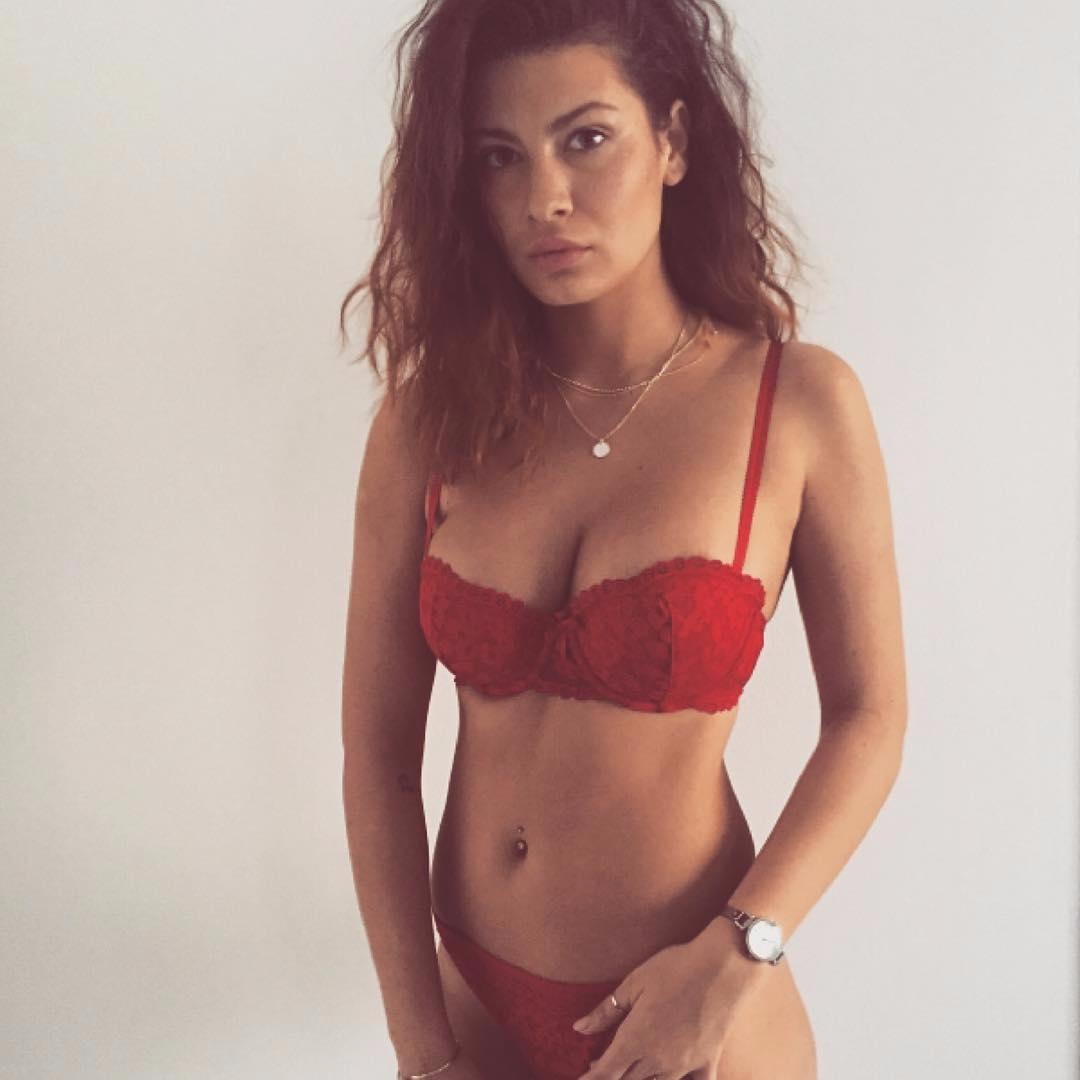 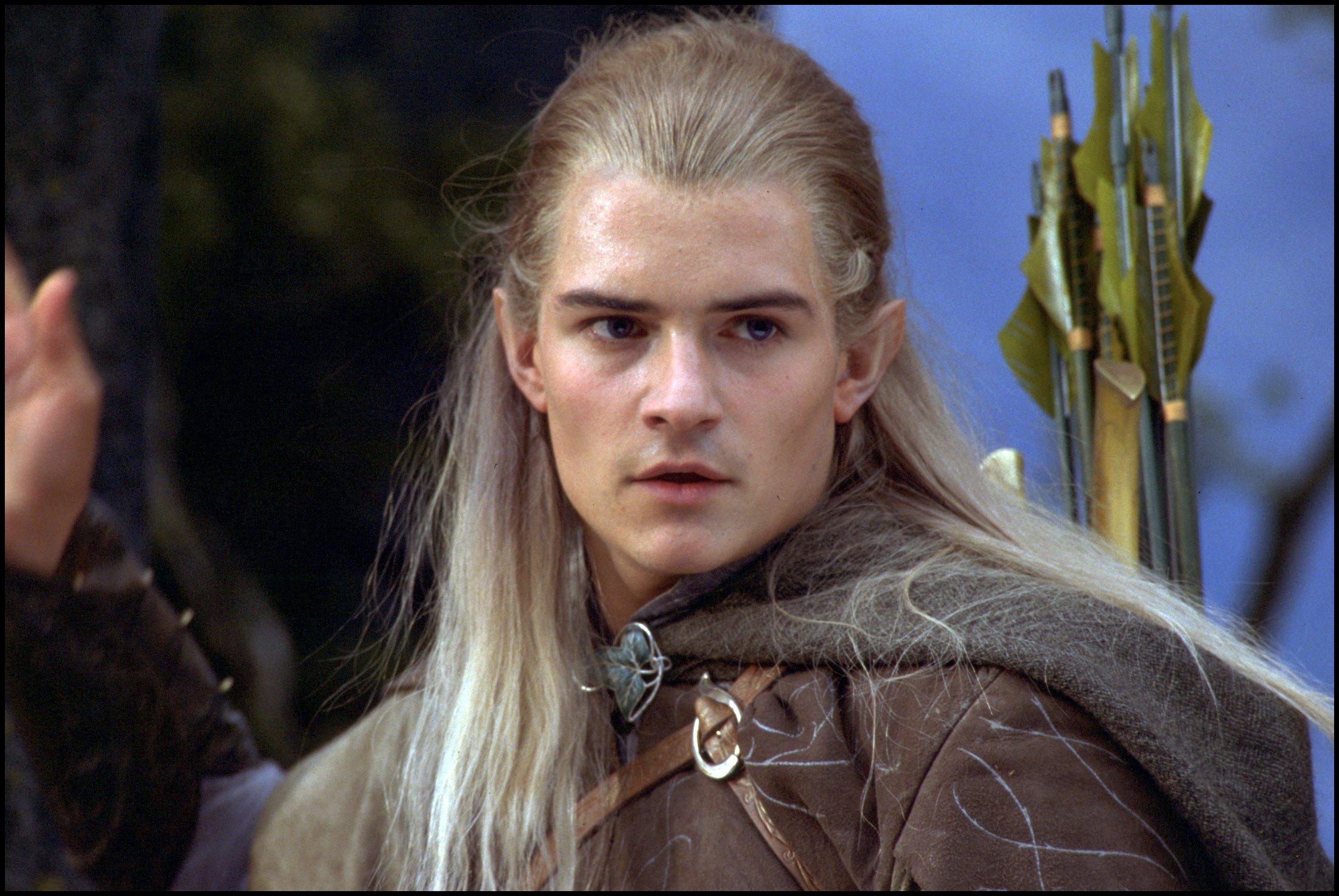 To make ends meet in the meantime she had taken a job as a waitress at the trendy Chiltern Firehouse hotel — and one night, Orlando Bloom walked in.

There was instant sexual chemistry between the pair which ended in a night of passion.

But her encounter with the A-list actor was soon to shatter all Viviana’s showbusiness dreams.

She was fired after being found naked in the Pirate Of The Caribbean actor’s hotel bed by her manager. 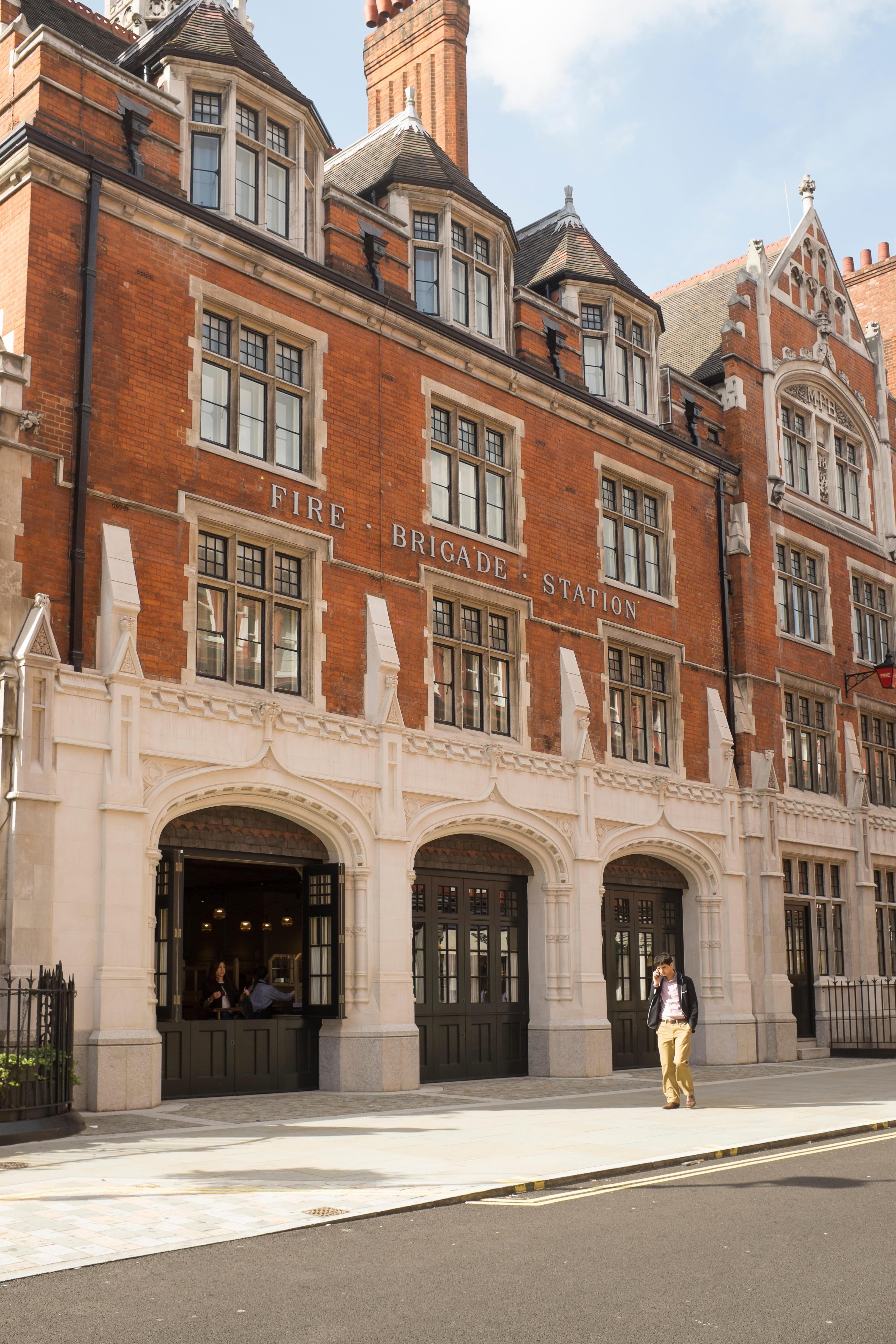 And the beautiful model, 22, says producers and agents have unfairly written her off because of the fling, hurting her career while Orlando has gone from strength to strength — and lost all interest in her.

Speaking for the first time about their tryst, Viviana told The Sun: “I’ve lost so much, but Orlando’s not lost a single thing.

“He showed no class whatsoever and is not a gentleman. 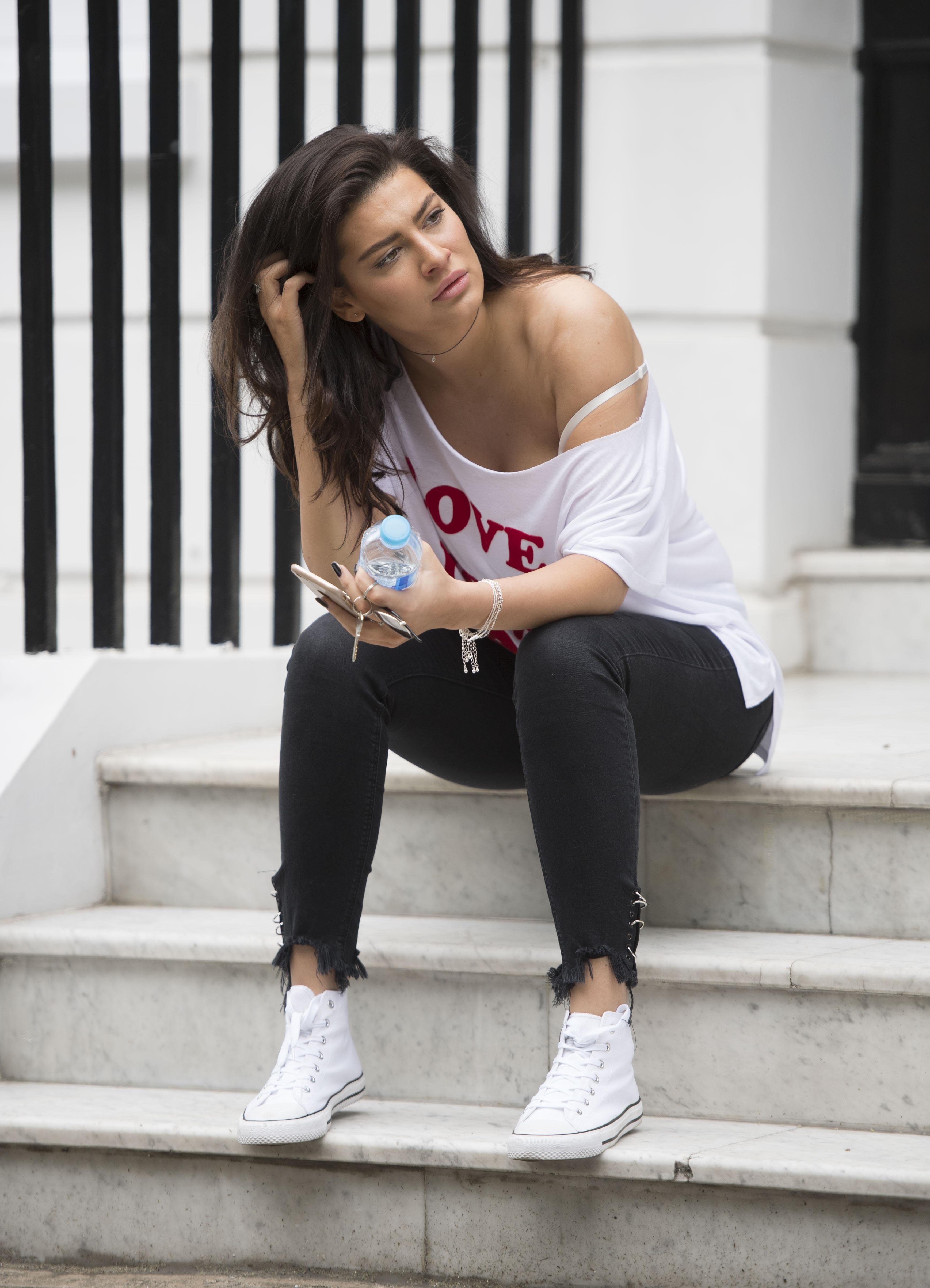 “There were no consequences for him, the entire thing just built his image. But this is why it’s so wrong.”

Viviana, who can speak three languages, was born in Dublin to Romanian parents and moved to Germany aged eight. She continued: “Women are put in a box. I just have a stamp on my forehead.

“I lost credibility with various designers and agencies.

“A big bridal magazine wanted to hire me but turned me down after finding out about the story. 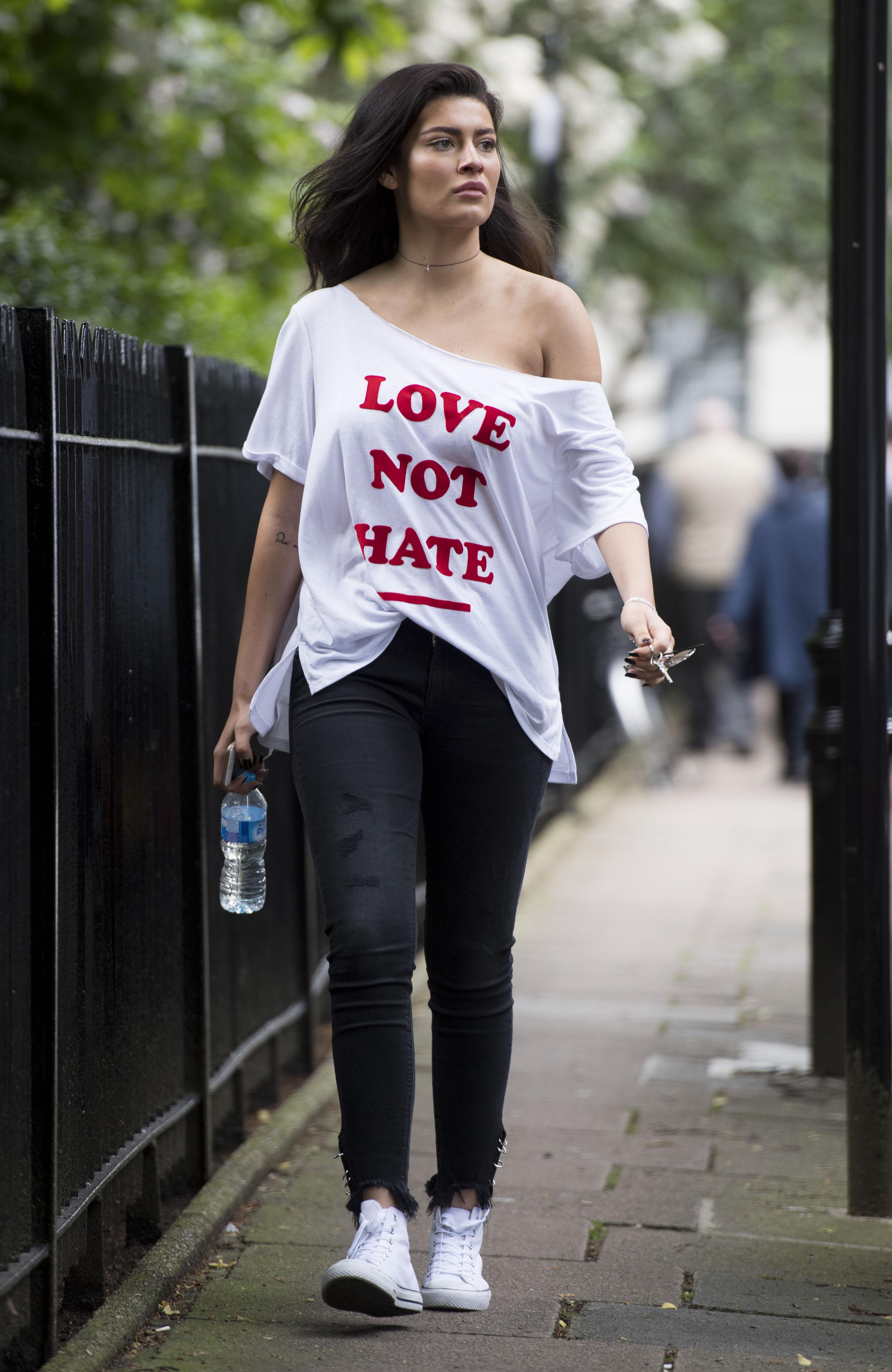 “The moment this type of thing happens, people treat you differently.

“Everyone googles you and when they do that with me, they could see my connection to Orlando Bloom.
“That story blew away everything that I’d done before.”

Instead Viviana was offered reality shows including Big Brother, Made in Chelsea and I’m A Celebrity . . .  Get Me Out Of Here! — all in the hope she would dish the dirt on Orlando. 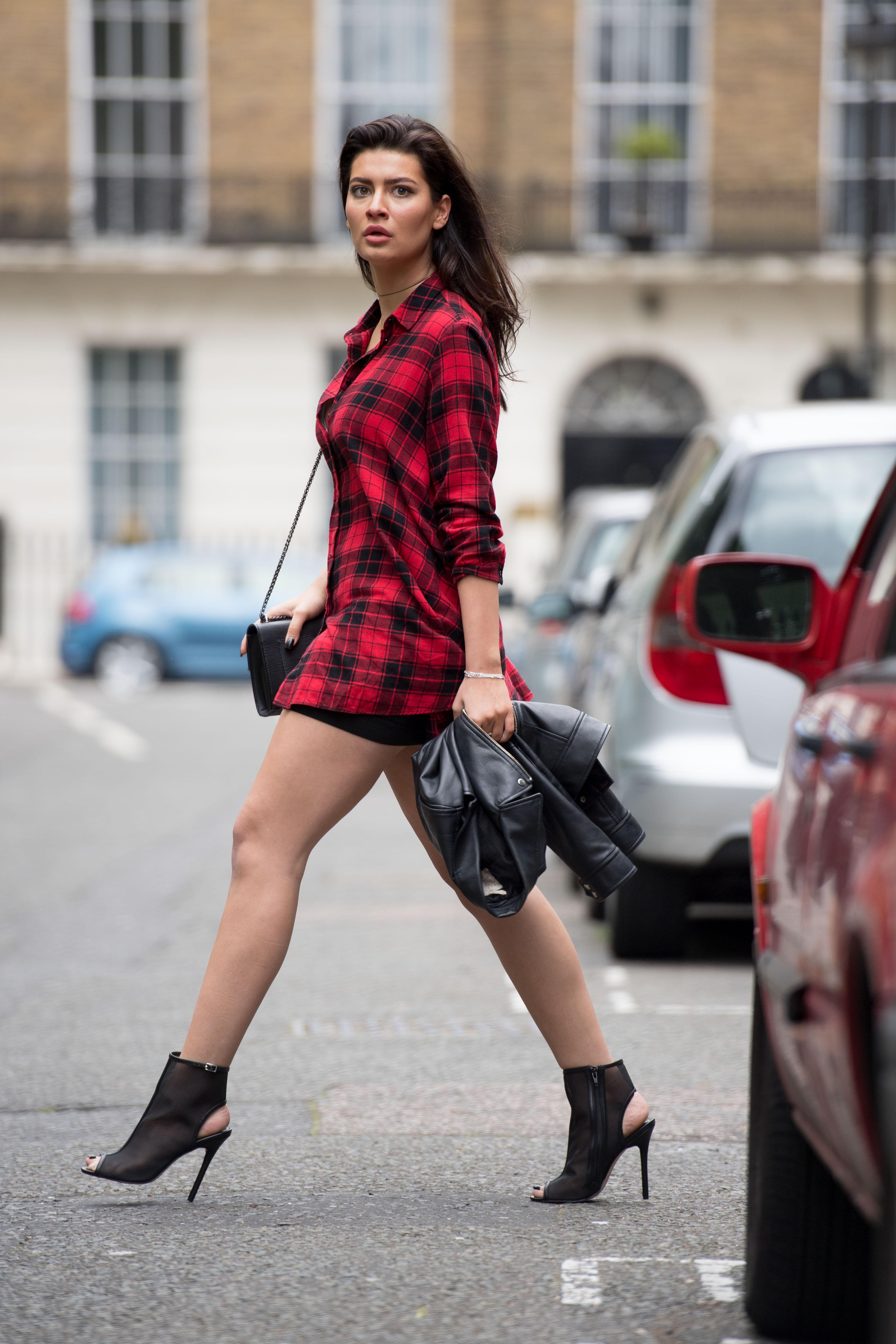 But she refused them all, despite the tempting sums on offer.

It is only now she has decided to break her silence, 12 months after their wild night, in a bid to spark a culture shift in the movie industry.

Viviana believes her experience has been a stark example of how women in the film world are judged unfavourably compared to men for having one-night stands.

She declared “It’s very unfair and it makes me angry, it really does. 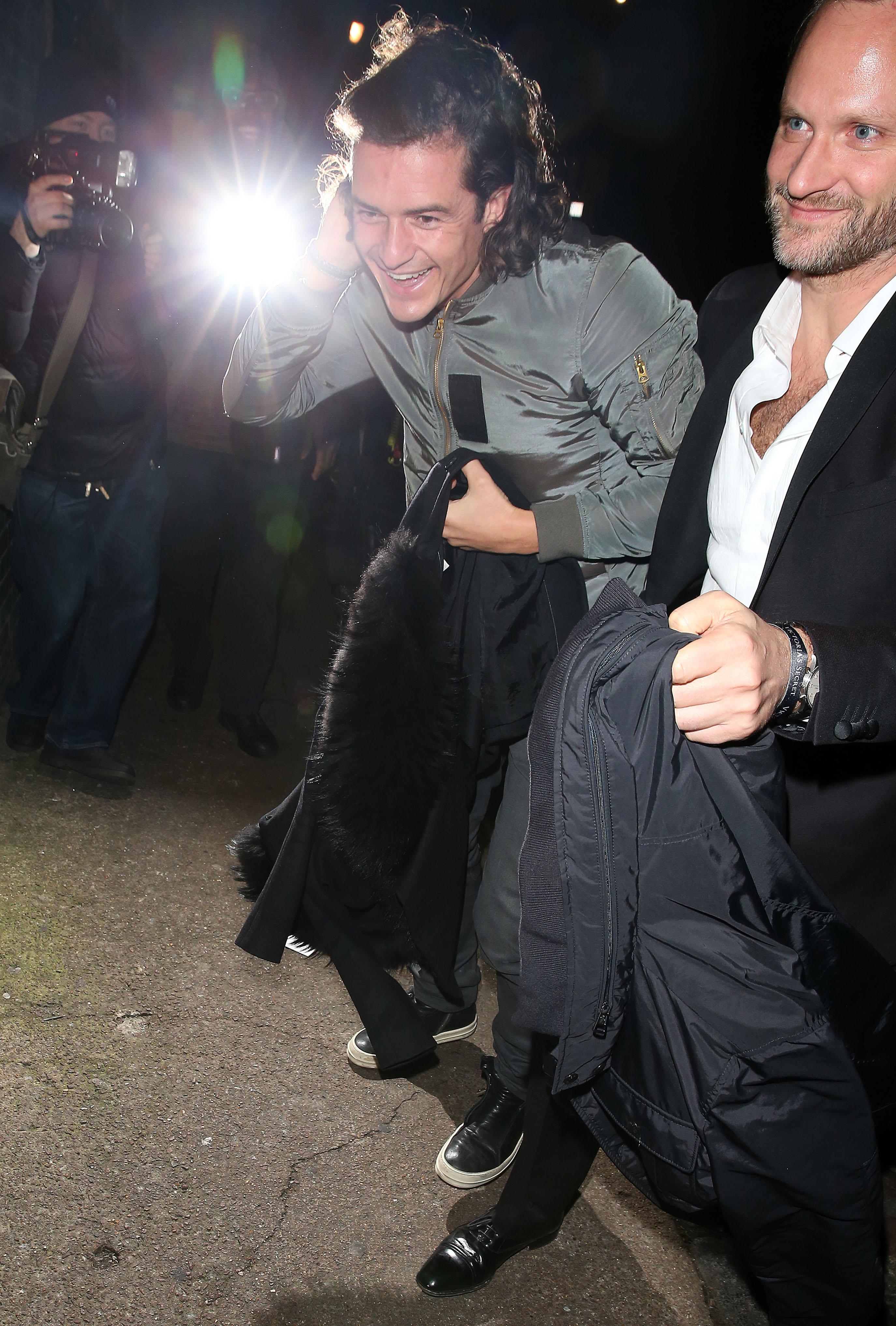 Viviana claims the actor spent every evening of his stay in May last year at the hotel, a favourite haunt of the Beckhams and David Cameron, trying to seduce her.

Orlando, 41, who has a seven-year-old son with supermodel ex-wife Miranda Kerr, was staying at the hotspot in Marylebone, central London, while filming in the capital.

He was having a break from his famously on/off relationship with pop princess, Katy Perry, 33, which is currently back on.

A pal at the time described how “sexual tensions had been building all week” between the star and the waitress. Finally she agreed to meet up with him after her Friday night shift — and ended up in his suite for what the friend later called “a night of incredible sex”.

Viviana recalled: “I saw him every day for over a week in the bar.

“It wasn’t like a movie scene where this guy wants to pick up a women and walks over to her and says some cliche. 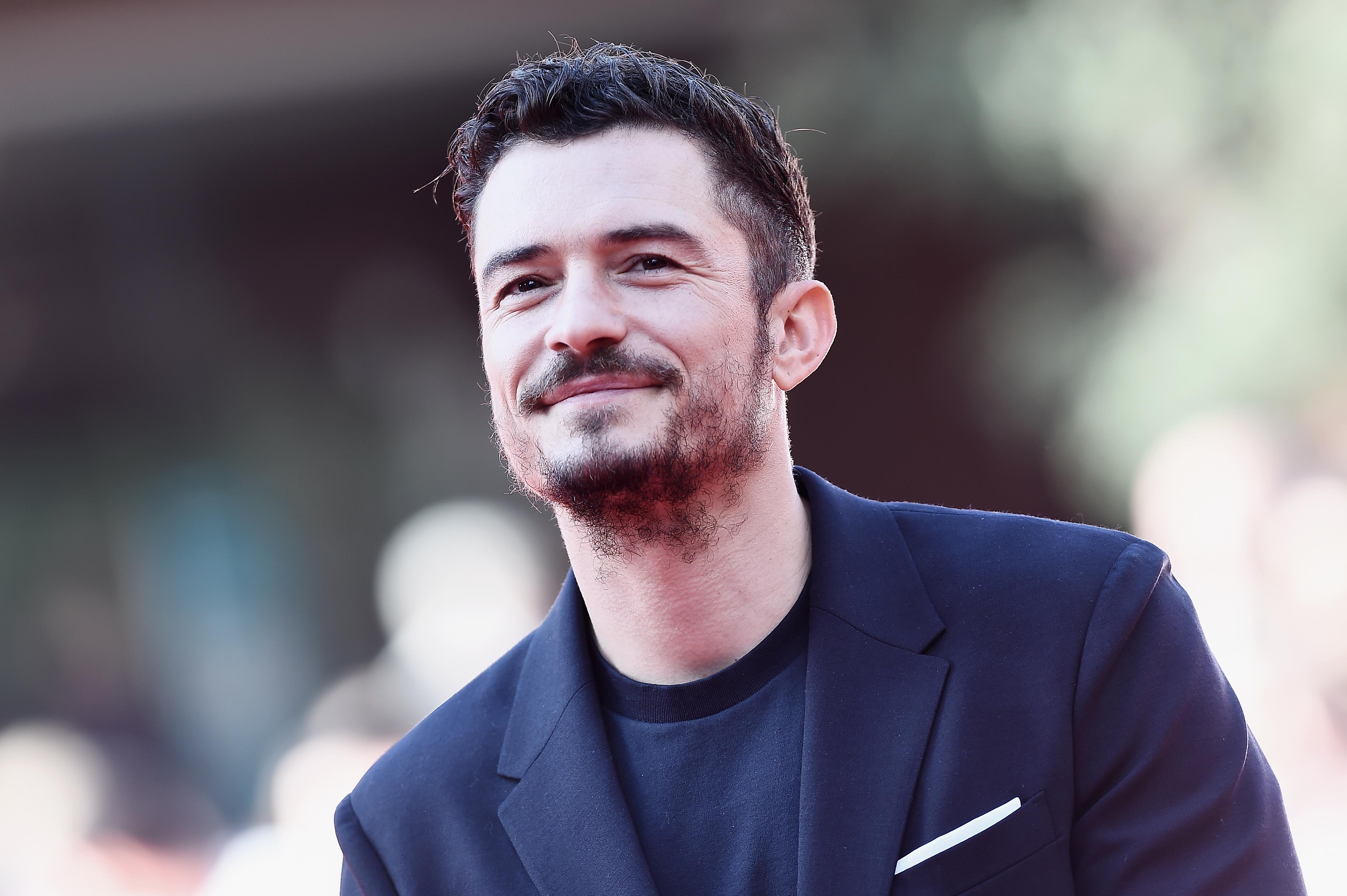 “He liked the fact I was down to earth and funny. I was not in awe of him or any of the celebrities who came to Chiltern Firehouse.

“We were just two single and free people making a mutual decision in their free time. It happens.
“We both had urges and both got what we wanted out of it.

“I knew what I wanted, he knew what he wanted. Why aren’t women allowed to say this? Why not be proud of who you are and be confident about what you want.

“The best thing is to have a woman who knows what she wants and what makes her happy.”

Viviana was discovered naked in the actor’s bed the following morning, after Orlando left for work.

‘Orlando got scared by the situation’

She was fired on the spot by the hotel manager for “fraternising with a client”. 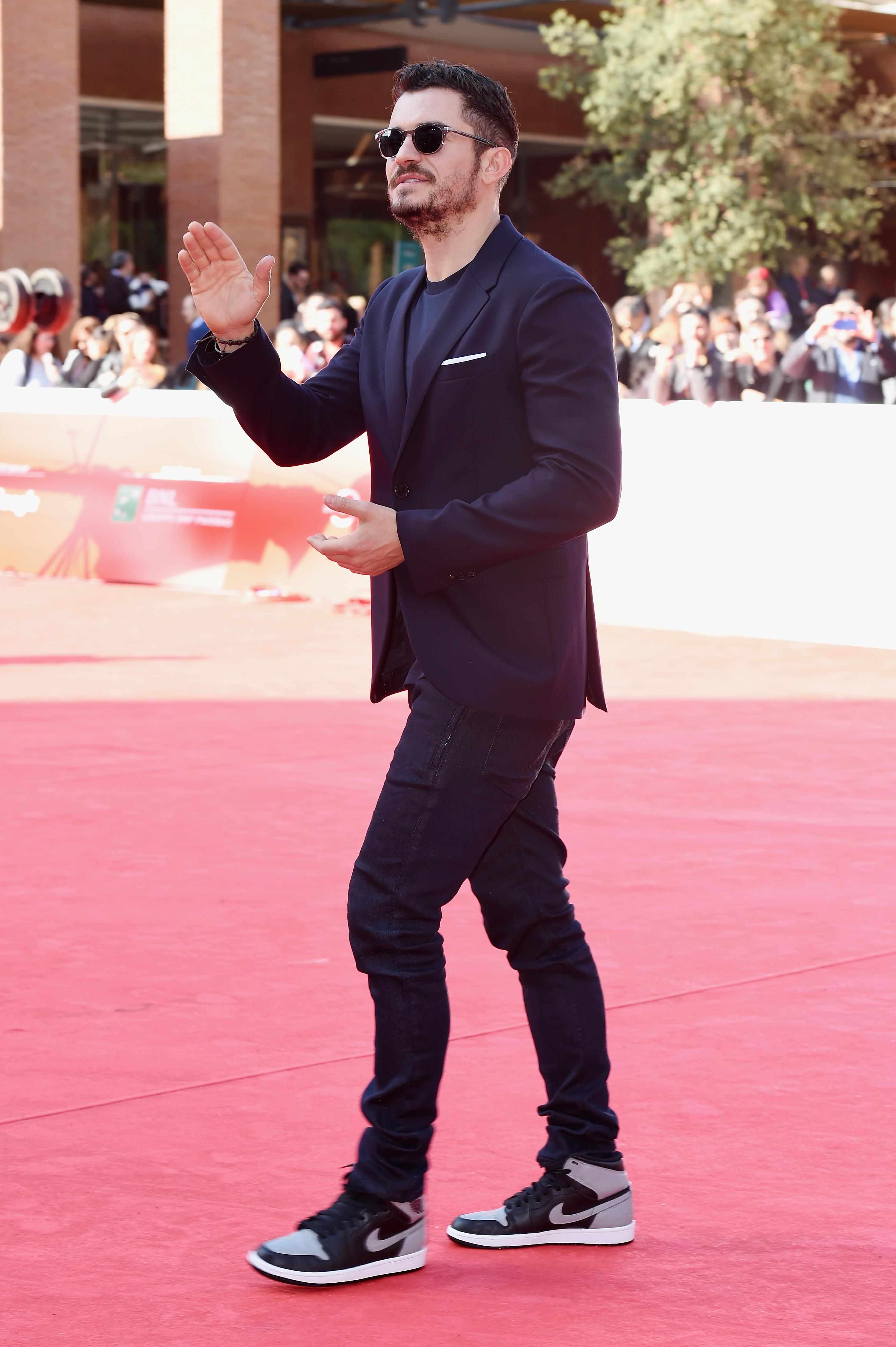 After the story broke, Orlando called Viviana once to say sorry for the media storm but she says he then cut ties, leaving her to deal with the fallout alone.

She retreated back to Germany to stay with her parents to avoid the intense scrutiny, putting an end to the auditions and acting workshops she had planned.

Viviana, who at the time had just starred in 2017 German action movie One Left Foot, believes Orlando got “scared”.

She said: “He called me afterwards and said ‘sorry’, but that was it. But just saying sorry is not the definition of a gentlemen.

“He got scared by the situation. He’d rather cut me loose than help me.”

Viviana believes a jealous staff member tipped off her boss that she was in Orlando’s room. 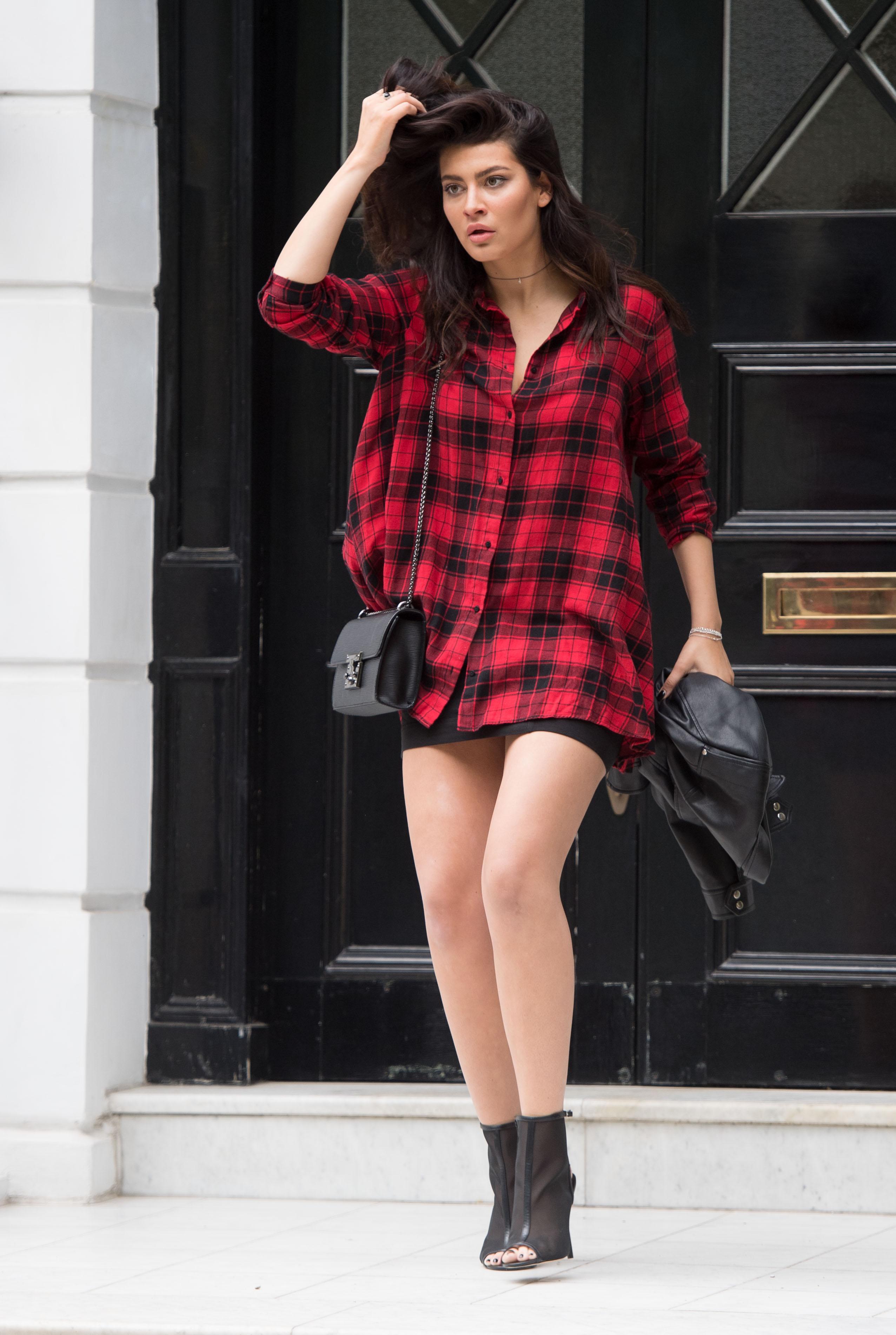 She said: “I have no doubt that someone would have told my manager I was in there.

“They were very excited about him staying at the Chiltern Firehouse. There was a lot of talking about him being present.

“He’s very handsome and girls all had an eye on him.”

While her career stalled since the fling, millionaire Orlando’s has continued to soar.

He has landed a starring role in new big budget US series Carnival Row, alongside Cara Delevingne, and begins a run in West End play Killer Joe tomorrow night.

And as Saturday’s one-year anniversary of her infamous night approaches, Viviana feels her own CV is finally back on track. 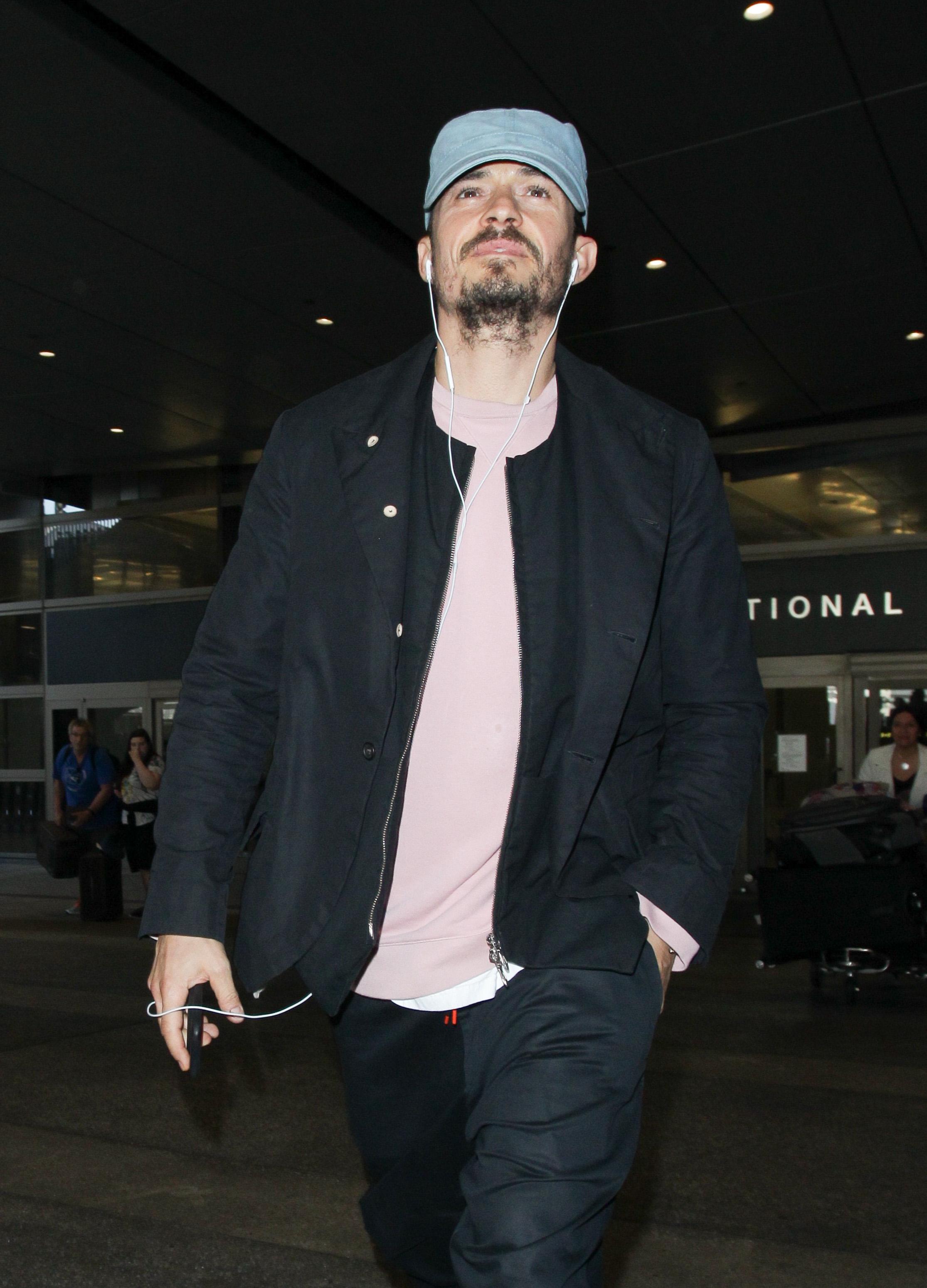 She has signed up with French modelling agency Alacarte Models and is currently at the Cannes Film Festival in the South of France for talks with movie producers about potential roles. Her ambition is to land more parts in action films, as that will give her the opportunity to show off her martial arts moves.

And Viviana, who is a campaigner for anti-bullying, hopes talking about her night with Orlando will finally draw a line under the saga for her.

She said: “Making this decision to talk about this now is one of the hardest things I’ve ever had to do.

“Even after this has come out, who can tell me how people will see me? 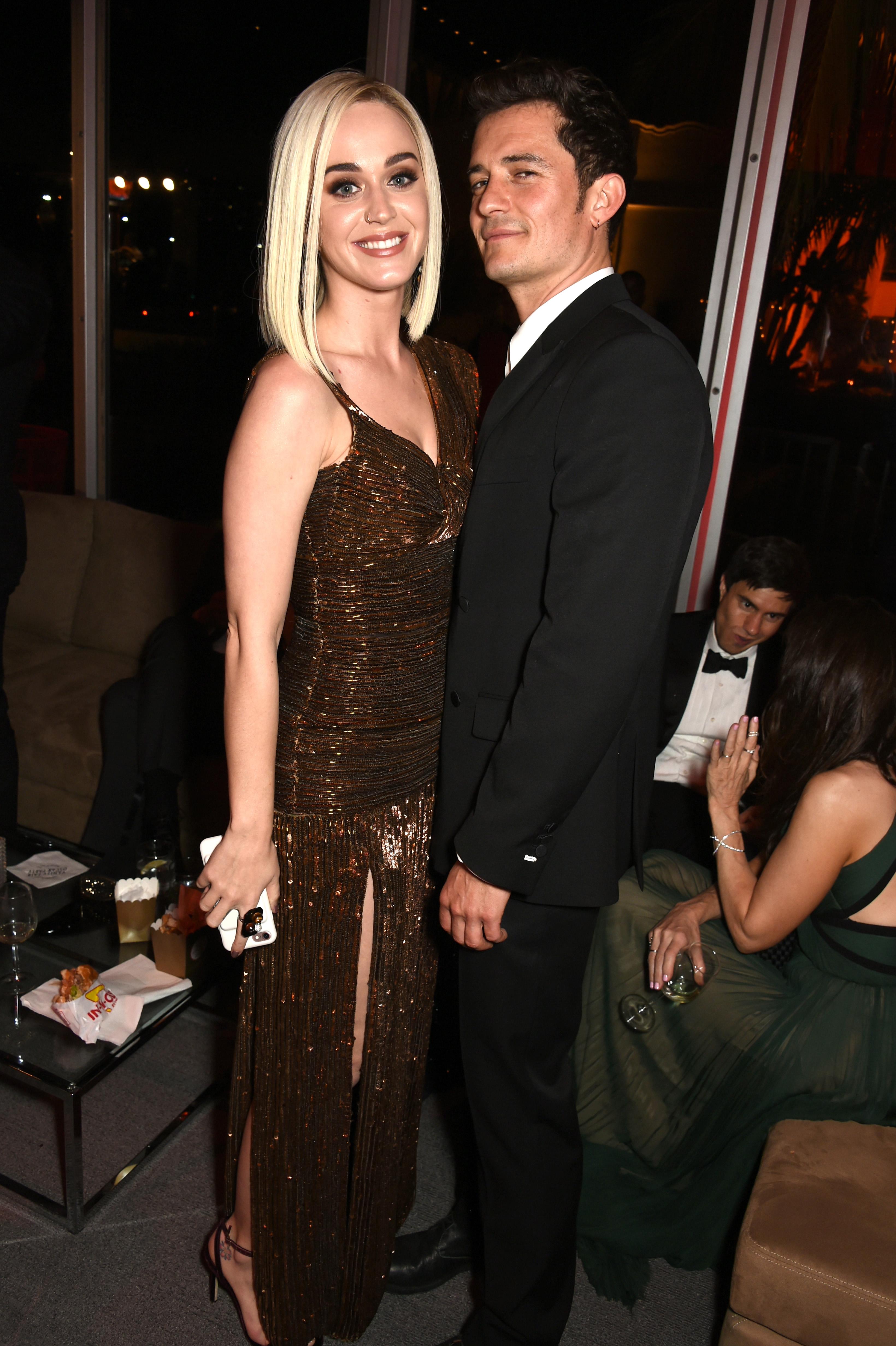 “I’m not a victim in all this but I have the right to talk about what happened. For me this is a new beginning.”

The Sun yesterday contacted representatives for the movie star but did not receive a reply about Viviana’s claims.