Outlander explained: How did Fergus lose his hand? The tragic backstory

Fergus Fraser (played by César Domboy) has become an important member of the Outlander family. For all intents and purposes, he is Jamie Fraser’s (Sam Heughan) son with the Highlander caring for the child since he was a young boy. However, some viewers may be wondering what happened to Fergus’ hand.

How did Fergus Fraser lose his hand?

WARNING: This article contains spoilers from the Outlander novels and TV show

Fergus features in Diana Gabaldon’s novels as well as the Starz TV series. He first appeared in season two when Jamie and Claire Fraser (Caitriona Balfe) travelled to France in a bid to thwart the disastrous Battle of Culloden.

Jamie first met Fergus as a child when he was living in a brothel in Paris.

Fergus never knew his real parents – apart from his mother being one of the prostitutes in the said brothel – and was named Claudel.

The child was hired by Jamie to serve as a pickpocket and renamed from Claudel to the decidedly more Scottish Fergus. 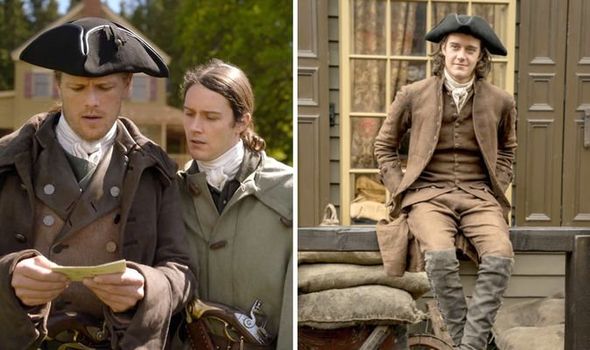 Sadly, Fergus led a tragic life after he was sexually assaulted by Captain Black Jack Randall (Tobias Menzies), which led Jamie to engage in a duel with the evil Redcoat.

Fergus remained fiercely loyal to Jamie and Claire throughout the years as he stole letters addressed to King Charles Stuart (Andrew Gower) in an attempt to change the course of history.

He later went back to Scotland with Jamie and Claire after their plans failed and history continued to play out.

While Claire returned to the future at Jamie’s behest, Fergus remained to serve the Highlander after he became a fugitive from the English after the Battle of Culloden.

At the age of 15, Fergus was taking a cask of ale to Jamie, who was hiding in a cave near Lallybroch, when he happened across some Redcoats.

The English soldiers tried to take the cask leading Fergus to taunt them but he ended up paying a high price.

In exchange, Fergus was attacked and had his hand chopped off by the cruel men.

Ever since then, Fergus has either worn a hook or a filled glove on his left hand.

Although Fergus may have lost a hand, he has never allowed it to hold him back.

He went on to travel with Jamie to Jamaica and later the New World, settling on Fraser’s Ridge.

Fergus wed Marsali MacKimmie (Lauren Lyle) after the two fell in love while at Lallybroch.

They had a number of children and expect more on the way in the future.

Interestingly, season five featured a poignant scene playing out between Fergus, Young Ian Murray (John Bell) and Jamie when it looked like the Highlander might lose his leg after being bitten by a venomous snake.

Claire told Jamie if she didn’t amputate his leg, he would die but nonetheless he seemed willing to choose death over being disabled.

He was confronted by both Fergus and Young Ian, who questioned his attitudes considering both Ian (Steven Cree) and his adoptive son had led full lives despite their disabilities.

Jamie quickly realised he was in the wrong and apologised for his words towards them and told Claire she could operate.

In the end, Claire didn’t need to after an antidote was injected Jamie’s wound and he was saved.