Outlander returns to television screens in early 2020 but it will see the Fraser family struggle as the Revolutionary War approaches and they are forced to make some tough decisions. In the season four finale, Jamie (played by Sam Heughan) was issued a letter demanding he catch Murtagh Fitzgibbons (Duncan Lacroix) for the North Carolina Governor – will he do as he’s told?

Jamie and Claire Fraser (Caitriona Balfe) were given land in season four from the Governor but under the understanding they have pledged their allegiance to him.

Now, Jamie has found himself in a difficult position as the Governor has demanded  he assemble and lead a militia to put down the regulators and kill their leader Murtagh.

Fans know the highlander would never turn against someone he loves and trusts as much as Murtagh.

But if he does not follow the Governor’s orders, he could find himself without his land and home. 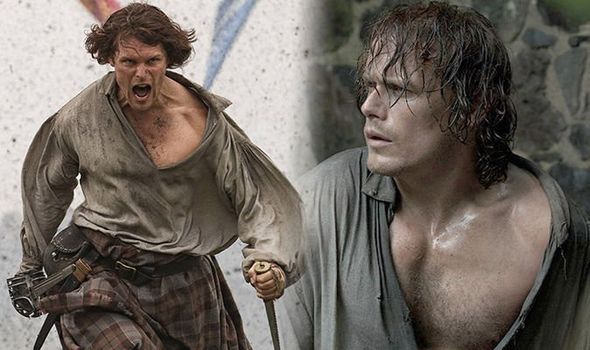 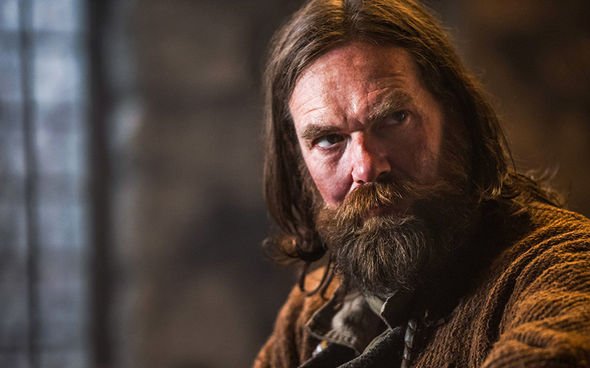 The new series will find Jamie forced to make a tough decision – could he really betray Murtagh?

Jamie is notoriously protective of his family so if Claire and his daughter Brianna (Sophie Skelton) are in trouble, he could do something he regrets.

Whether Jamie does all he can to hunt down Murtagh remains to be seen but even if he chooses to ignore the Governor’s instructions, someone else could target him.

Those wanting land or the respect of the Governor could kill Murtagh instead of Jamie. 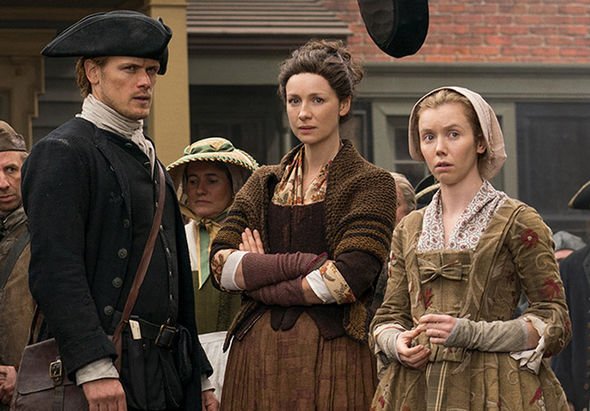 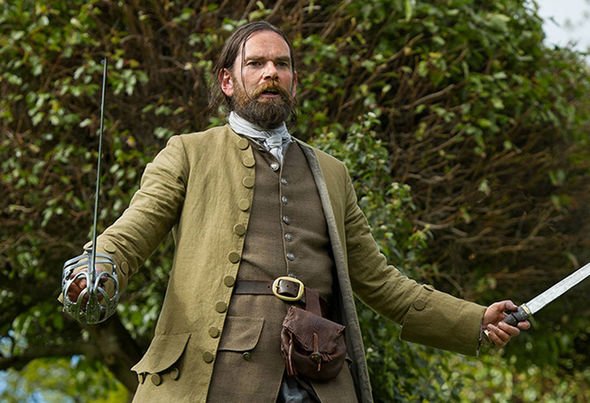 If Murtagh were to be killed, Jamie would be bereft and struggle with his grief.

Furthermore, it could lead to further conflict with the Governor, putting those he loves in more danger.

It looks likely Murtagh could die after Aunt Jocasta star Maria Doyle Kennedy, hinted there will be a wedding in the new series but not to Murtagh.

Fans saw the highlander and Aunt Jocasta grow close in the series four finale, even sleeping together.

It seems unlikely Jocasta’s head could be turned by another but if Murtagh was killed, she could find love with another.

Maria teased: “Well, I definitely have relationships in season five, I can’t actually tell you who they’re with.”

But she heavily hinted it wouldn’t be Murtagh she weds.

“I think it’s just this incredible thing where they meet, they’ve known each other their whole lives really,” Maria continued.

“Somebody to come back again who has a whole wealth of the same shared experience.

“The same landscape and language and so much that they understand together without having to talk.”