Outlander season 5: Will Brianna return to the future? The big clue you missed 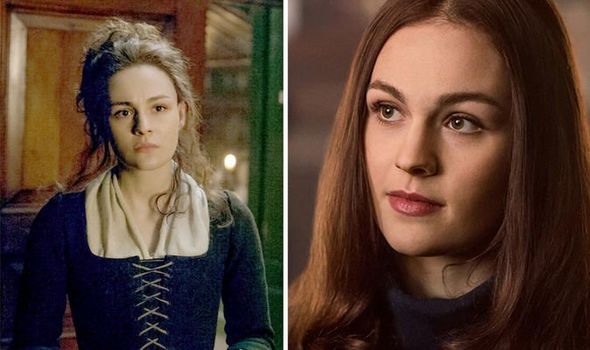 Outlander season five was delayed from autumn 2019 until February 2020 with fans left displeased. In the past, seasons of Outlander came out each year but this was the first time the Starz show had been delayed.

Will Brianna go back to the future in Outlander?

WARNING: This article contains spoilers from the Outlander books and potential season 6 spoilers

Fans had been speculating about the new episodes, which took their cue from not one but two books The Fiery Cross and A Breath of Snow and Ashes by Diana Gabaldon.

This means material from the two books were essentially condensed into one season consisting of 12 episodes.

For a moment, it looked like Brianna MacKenzie (played by Sophie Skelton) and Roger (Richard Rankin) would be heading back through the stones.

At the last minute though, they changed their minds and decided to stay in the past. 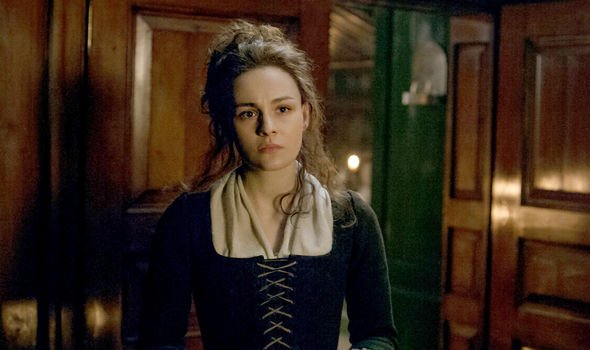 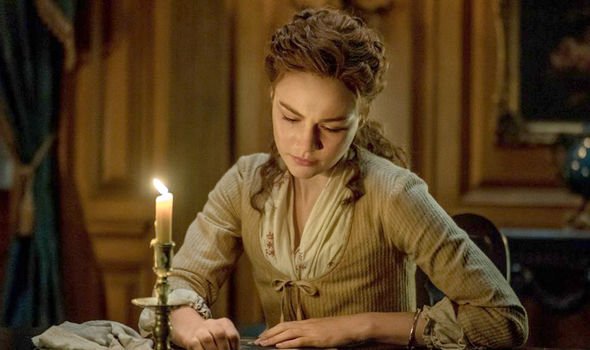 Season six of Outlander will be using content from A Breath of Snow and Ashes and possibly more material from Gabaldon’s world.

Outlander showrunner Matthew B. Roberts told Deadline: “But, as in seasons past, we always look ahead and behind to see if there’s any way to add in something we’ve missed or bring up a future bit that may be appropriate to the upcoming season.”

Season six has got the green light from US network Starz with work kicking off once the shoot has wrapped on the fifth outing.

Sadly, due to the coronavirus pandemic, filming on season six is uncertain until lockdown measures are lifted. 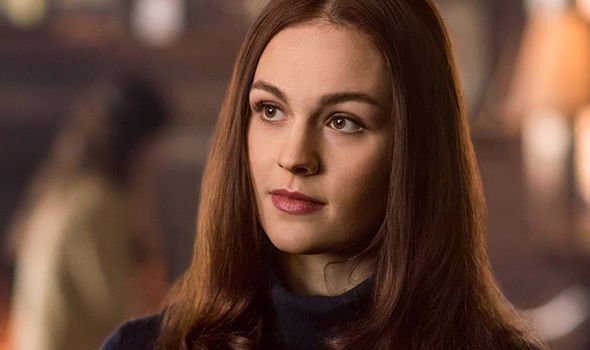 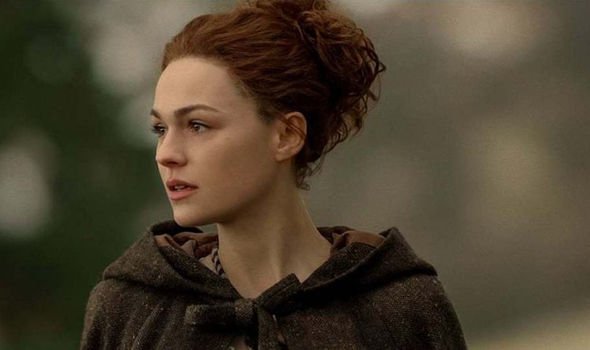 Nevertheless, fans have been speculating wildly about what’s coming next on Outlander now.

One big question is about whether Brianna will journey back to the future with her husband Roger McKenzie and their infant son Jeremiah.

In the books, Roger and Brianna go back to the future to avoid the ensuing violence of the American Civil War.

Their move back to the future is possible because they carry the DNA that allows them to go through the stones, which Jemmy also has.

Roger and Brianna’s journey back to the present also mirrors Claire Fraser’s (Caitriona Balfe) return to the future at the end of the second novel.

However, their return to the future could also have consequences on Jamie Fraser (Sam Heughan) and Claire who are going to remain behind to face the war to come.

Jamie can’t travel through time and will be left heartbroken to be torn apart from his daughter again, whom he was only reunited with recently.

Luckily, Claire will refuse to go back through time again and remain behind with Jamie. But they will both be plunged into danger.

Whether the show will follow this journey remains to the seen though with plenty of other material ripe for adaptation.

Skelton also told Deadline: “In the book, I will say, Brianna has another baby on the way and that brings more questions in terms of where they end up in time period, so that’ll be very interesting.

“I also think it will be very cool to see Brianna maybe being a part of the American Revolution because she has all these skills that Frank helped teach her knowing that she would go back to the past and who knows, maybe he found an article where Brianna’s fighting on the American side, you never know.”

She added: “There’s lots of stuff that could be a potential for Bree next season.