Outlander season 6: Scene Claire Fraser star had ‘to pull herself together’ for revealed

In the fifth season, Claire Fraser (played by Caitriona Balfe) decided Marsali (Lauren Lyle) would make a good surgical apprentice. Outlander fans saw the doctor approach Marsali and show her a cadaver in order to persuade her to learn how to heal people. Marsali was horrified by the dead body in front of her, which Claire admitted she wanted to cut open. However, the young mother eventually agreed to learn from Claire so she could help the settlers on the Ridge.

Reflecting on the scene, actress Lauren told Outcasts podcast that her co-star had been working long days before the particularly tough scene.

She recalled: “Cait had lots of quite wordy dialogue that ended up in it.

“I think she had a long few days either side so she was having to pull herself together to do it.”

Despite the scene wordy and long, Lauren revealed it was also funny to shoot. 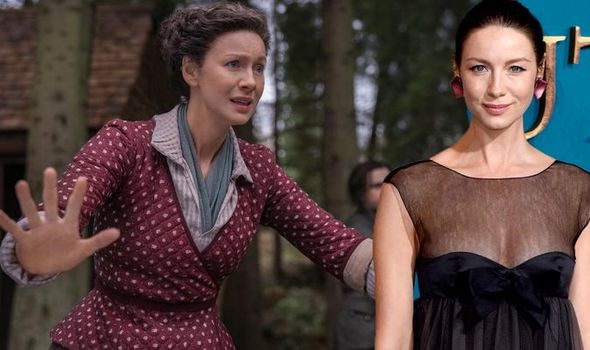 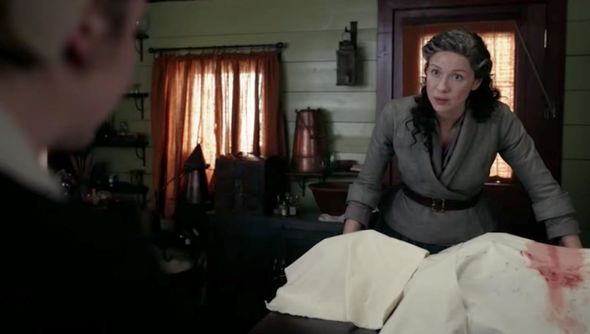 “It was just really funny the whole time because we all dead giddy and it felt like for me, for me it felt like Marsali sort of kicked off in season five to where her future was about to unfold,” the actress explained.

“This was the moment her whole world expands in this new chapter of her life, so that was really exciting.

“I remember when I got it through I thought it was really exciting.

“We then went and rehearsed the scene separately.” 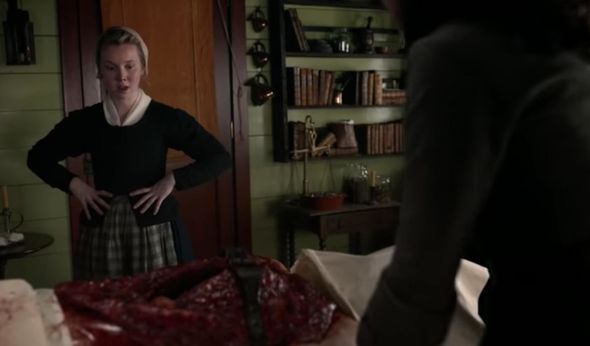 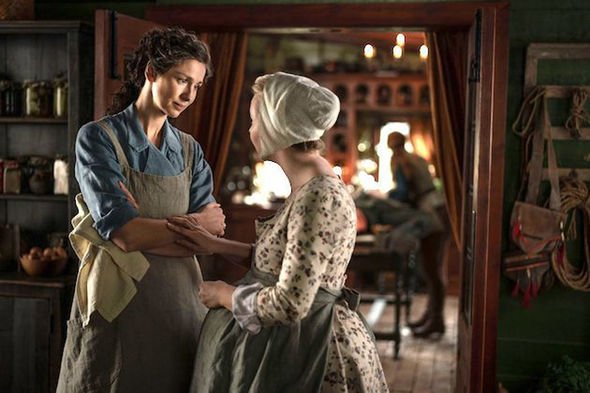 While this may sound strange to some viewers, Lauren detailed how there was little time to work on scenes with her co-stars.

“Normally, we don’t tend to get much rehearsal time,” she told hosts Tim Downie and David Berry.

“You just jump on set, you’ll have done your own work and you’ll get a few rounds of it in camera set ups and things.

“But we had managed to rehearse this bit before and so we kind of had an idea of how to land the comedy and also, it’s just such high peaks and troughs.

“It was so serious and so frightening at the same time as being really quite funny.

“It’s also quite a long scene so it took all day.”

The scene in question was also slightly gory as Marsali looked upon a dead and bloody body for the first time.

But it’s the racy sex scenes which stop actress Lauren from watching the Starz series.

She explained: “It’s now all of my friends having sex and I don’t need to see that.

“I don’t watch it, it doesn’t make me want to be involved in any way and I don’t want to look at them differently.” Tom Petty’s ‘Wildflowers’ Re-Enters Billboard’s Top Rock Albums Chart At No. 1
We and our partners use cookies on this site to improve our service, perform analytics, personalize advertising, measure advertising performance, and remember website preferences.Ok