Overwhelmed by the number of options available on various streaming platforms? Don't be – we've picked six new or returning shows and reviewed them, so you can get straight to the good bits.

Season two of Ozark takes us back into the deadly world of Marty Byrde, a mild-mannered investment adviser turned drug-cartel money launderer played by Jason Bateman.

Having set up shop on the shores of Missouri's Lake of the Ozarks, Marty has found the place bristling with unexpected threats to himself, his wife, Wendy (Laura Linney), and their teenage kids (Sofia Hublitz and Skylar Gaertner).

Prominent among those threats last season were local heroin kingpin Snell (the ever-intimidating Peter Mullan) and young, flinty-eyed Ruth (Julia Garner), who was ostensibly in charge of her lowlife extended family while her crime-boss father was in prison.

Now there are a whole host of new threats, including Ruth's newly paroled papa (Trevor Long) and a hard-bitten lawyer (the marvellous Janet McTeer) who is the new face of the cartel.

The image it conjures up is one of a mating ball of snakes, all writhing and slithering over the top of one another in pursuit of momentary advantage. 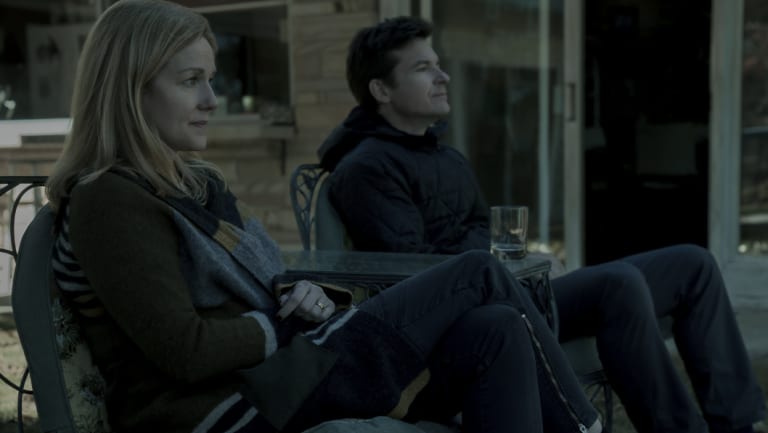 Laura Linney and Jason Bateman’s characters are not easy to invest in.

Even more so when the Byrdes' new ambitions result in Wendy getting back into the cutthroat world of politics (she had previously worked on Barack Obama's early campaigns in Chicago, as you'll recall). In trying to manipulate the Missouri state government Wendy finds herself in an unlikely alliance with a wealthy Republican powerbroker (Darren Goldstein).

Marty and Wendy do still have guns pointed at their heads (and at the heads of their children), but they've taken to their own fast-growing criminality with the ease of an otter slipping down a mudbank. They seem inured to the depredations they lay on the blameless, and to the murderous violence that their choices continue to unleash. 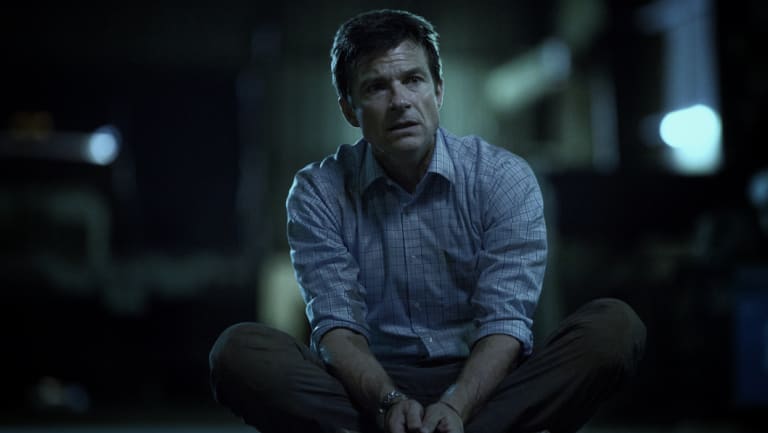 The show’s visual greyness and aversion to humour are its hallmarks.

They might furrow a brow once in a while, but that's mainly to keep their psychological fig leaves in place. They're not easy characters to invest in, and the series' visual greyness and aversion to humour of any sort doesn't make it any easier to keep watching.

All that said, Ozark does divide opinions sharply, and viewers who loved the first season will jump feet-first into this one. 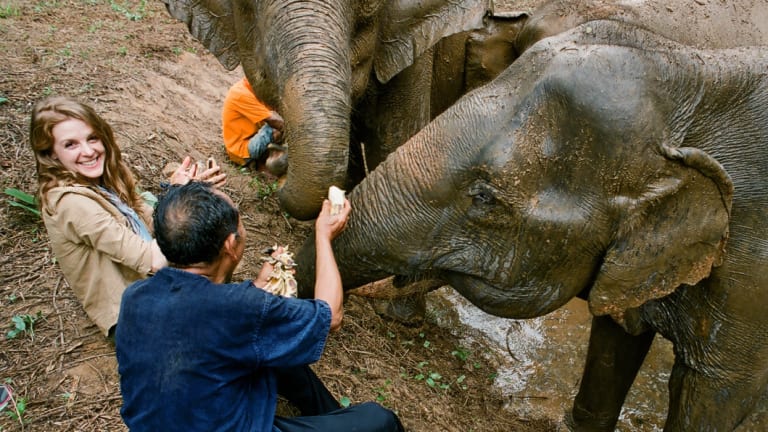 A harrowing but ultimately uplifting documentary in which American actress Ashley Bell travels to Thailand to witness the rescue of an old working elephant and its relocation to an idyllic elephant sanctuary.

But even before Bell and celebrated elephant rescuer Sangdeaun "Lek" Chailert set out on their mission we're plunged in a world of unthinkable cruelty. Chailert explains that a working elephant's hide is a map of decades of abuse – everything from scars from the sharpened hooks used to drive them to eyes blinded by slingshots.

Then things get worse, with footage of baby elephants being beaten and tortured for days on end in the "crush boxes" used to break them.

All working elephants have been through this torture, Chailert says, because it's the only way they can be broken. But when Chailert eventually gets her newest elephant – the 70-year-old, near-blind Noi Na – home we get to see the enormous power of love and bananas.

An important film that will fill you with admiration for Chailert, who has risked her life and freedom to expose the abuse of elephants. 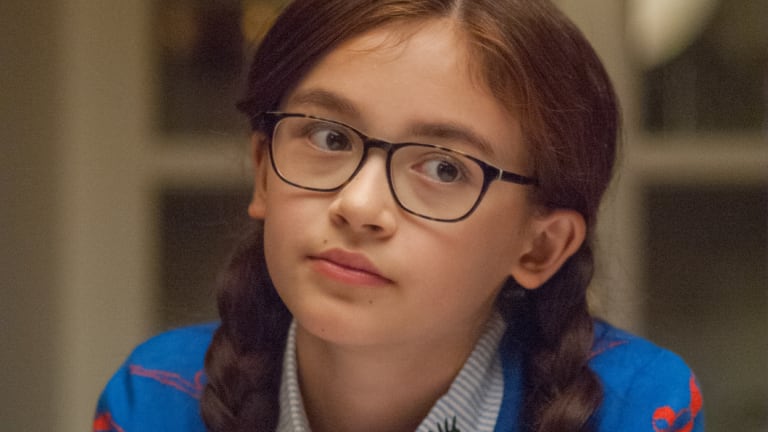 To All the Boys I’ve Loved Before is earning rave reviews.

To All the Boys I've Loved Before
Netflix

A delightful little Netflix movie in which American high-schooler LJ (Lana Condor) learns how much there is to be gained by opening oneself up to life and love – no matter how scary that might seem.

Much of the movie's success is down to Condor's gentle appeal and her quiet chemistry with co-star Noah Centineo (The Fosters), who plays her personably hunky love interest. Anna Cathcart, pictured above, plays LJ's younger sister Kitty, and delivers much of the movie's humour and loveableness.

Writer Sofia Alvarez and director Susan Johnson, adapting the novel by Jenny Han, make sure the importance of family shines through. 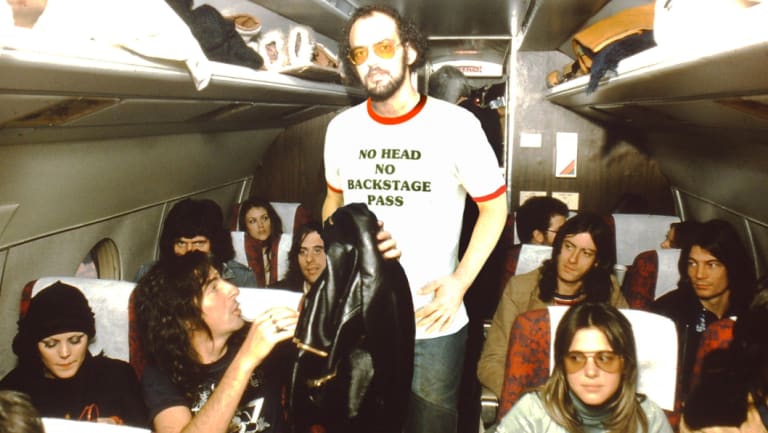 Supermensch: The Legend of Shep Gordon.

It starts out as straight-ahead Hollywood adventure – the young Gordon becoming friends with Jimi Hendrix and Janis Joplin and stumbling into a chutzpah-fuelled management career that would bring enormous success to Cooper and many others.

Soon, however, it becomes heavily tinged with melancholy about Gordon's unfulfilled dream of having a family of his own. Interesting guy. 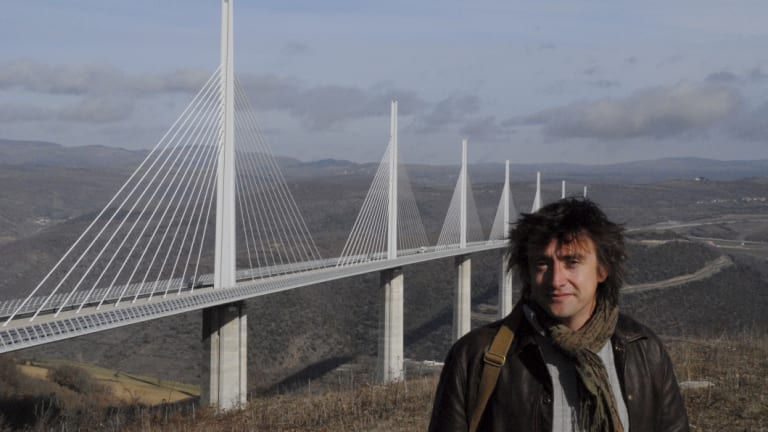 Hammond’s Engineering Connections looks at the innovations behind some of the world’s best creations.

Top Gear's Richard Hammond looks at skyscrapers, bridges, supertankers and other modern marvels and explains how they could never have been built were it not for certain inventions that have no obvious connection to them.

In the case of a Formula One car, for instance, these include a 19th-century cannon, jet-engine fan blades, body armour and an ancient blacksmiting technique.

It's not too heavy on the science, and Hammond gets to smash stuff up, MythBusters-style, in order to demonstrate the principles involved. 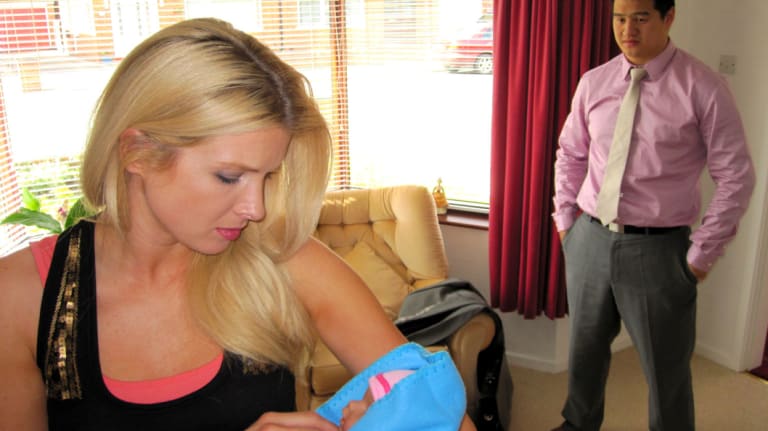 True-crime shows tend to be all "murder, murder, murder", so this British series is a bit of a change as it profiles the exceedingly callous crimes of some very creative con artists.

The first episode is immediately compelling as Gloucestershire woman Christine Handy recalls how she was a newly separated mother of three when she fell prey to scammer Mark Hatton, who claimed to be an exiled scion of the Rothschild banking dynasty.

Then comes the case of a fake forensic expert who provided bogus testimony in hundreds of court cases.