Ruth Langmore (played by Julia Garner) has faced more than her fair share of challenges during her time in Netflix drama Ozark. After being taken under the wing of Marty Byrde (Jason Bateman), Ruth has gone from a stubborn and reckless teenage criminal to a hardened and savvy sidekick in Marty’s running of the money laundering enterprise. However, her relationship with the Ozark leading man came tumbling down in season three, teeing up a tantalising rivalry in the fourth and final season.

In the third season of Ozark, cracks began to show between Ruth, Marty and Wendy Byrde (Laura Linney) from the get-go.

With Ruth being caught in the middle of the two’s marital feud, her place in the organisation was challenged further after suffering a brutal attack at the hands of Frank Cosgrove Jr (Joseph Sikora), with neither of the Byrdes seeking out deadly revenge.

But the final straw was Wendy and Marty’s participation in the murder of Ben Davis (Tom Pelphrey) which left Ruth heartbroken and seeking a new home with cousin Wyatt (Charlie Tahan) and drug queen pin Darlene (Lisa Emery).

Now, ahead of the Netflix drama’s final outing, Garner has detailed how she feels Ruth “regrets” ever siding with the Byrdes and “wishes she could go back”. 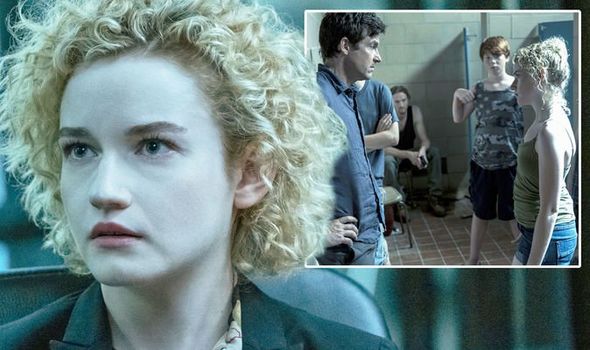 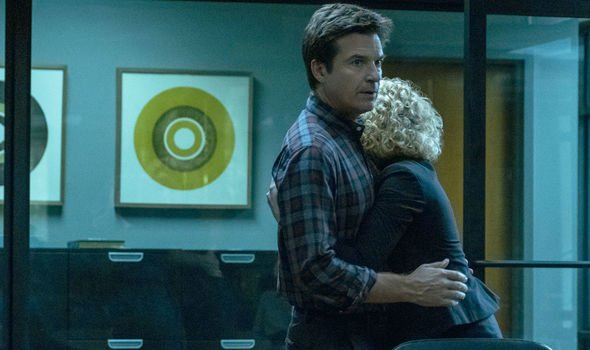 Speaking during a Q&A panel hosted by Deadline, Garner detailed all when asked about her character’s development and the iconic scene opposite Linney when Ruth calls Wendy a “b***h wolf”.

“Well, first of all, I had so much fun – I mean, it was nerve-wracking doing that scene with Laura because I never want to call Laura a ‘b***h wolf (laughs),” Garner said.

“But I think the main thing with Ruth is (that) the further the seasons go, the more that, what I feel that she feels, is she kind of wishes she can go back.” 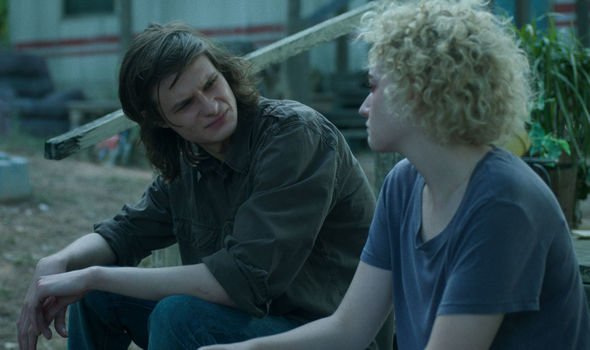 Opening up on Ruth’s regrets, Garner went on: “And she regrets getting blinded by the Byrdes’s chaos in a way.

“I think, I don’t want to say stupidity, but she feels she regrets what she did,

“And I think she’s just trying to go back. But, you know, she can’t in a way and that’s really sad.”

Hinting that the regret Ruth feels may get the better of her in the fourth season of Ozark, Garner said: “When you have huge regrets in your life and you can’t go back and you can’t take it back, it almost – not to get super dark – but inside it kills you in a way.

“And she just wants to be done, but right now she’s kind of stuck.

“She was stuck starting in season one and then she kind of got unstuck and now she’s stuck again. If that makes sense?”

But with this regret building up inside Ruth, just how will it manifest in the final outing? Well, a number of theories have emerged among the Ozark fandom as to what lies ahead for Ruth.

Despite seemingly siding with Darlene and Wyatt after cutting ties with the Byrdes, a popular theory tips Ruth to eventually turn on the Snell matriarch.

In all three seasons so far, Ruth and Netflix viewers alike have witnessed Darlene’s unhinged, murderous and sociopathic ways come into play.

And while it was used to Ruth’s advantage in season three, it’s unlikely Ruth will be so understanding if Darlene’s actions pose a threat to cousin Wyatt.

With Wyatt the Langmore that Ruth holds closest to her heart, could she end up killing Darlene to protect her family?

Ozark seasons 1-3 are available to stream on Netflix now.