Sir Patrick Stewart is boldly embarking on an all-new journey into the Star Trek universe for the first time in more than 15 years.

The actor is reprising his legendary Next Generation role as one-time Enterprise captain Jean-Luc Picard for a CBS All Access show that will explore “the next chapter of Picard’s life”, according to the man himself.

Work officially started in the writers’ room on Monday (September 24), as announced by Stewart in a photo documenting that “the journey has begun”.

Some familiar faces that likely won’t play a part are the other cast members from the Next Generation, according to Marina Sirtis (aka Deanna Troi). 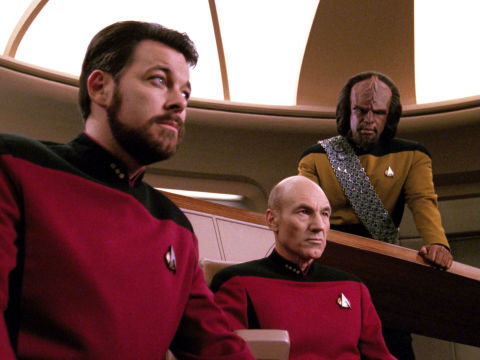 “All I have to say – all we have to say – when Patrick said ‘Jean-Luc Picard is back’, he didn’t say, ‘The Next Generation is back’… We weren’t asked,” she recently admitted at the Rose City Comic Con.

When the new show was announced, Stewart said specifically: “It is… an unexpected but delightful surprise to find myself excited and invigorated to be returning to Jean-Luc Picard and to explore new dimensions within him. Seeking out new life for him, when I thought that life was over.”

Elsewhere in the Star Trek universe, Discovery airs on CBS All Access in the US and Netflix internationally, including the UK.