Patrick Swayze: The terrible hidden pain he battled every day on Dirty Dancing

Swayze was the consummate actor, singer, heartthrob – and dancer. Few Hollywood leading men after the Golden Age of musicals could have delivered the complete package with such style and swoon-inducing panache. Dirty Dancing lives forever as the foot and note-perfect coming of age romantic drama, but fans didn’t realise that the real dramas were taking place behind the scenes. The personality clashes between Swayze and co-star Jennifer Gray are well documented but the leading man was also fighting his own personal battle. There was an important reason why Swayze’s acting resume strictly said ‘No dancing.”

The movie depicted a hazy golden summer at Kellerman’s holiday camp but the reality on set was very different. It was filmed in autumn, leaves and grass were spray-painted green to look fresh but the toughest challenge was the temperatures.

Summer had passed and it made shooting one of the most famous scenes, where Johnn lifts Baby in the lake, torture – and that’s even before Swayze’s own difficulties.

The actor later said: “It was horrifyingly, hypothermically cold in that lake, and we filmed that scene over and over.”

Incredibly, it wasn’t the environment but all the dancing scenes which were a challenge for a man who has trained his whole life in ballet and modern dance, yet you would never know his agony when you look at the screen. 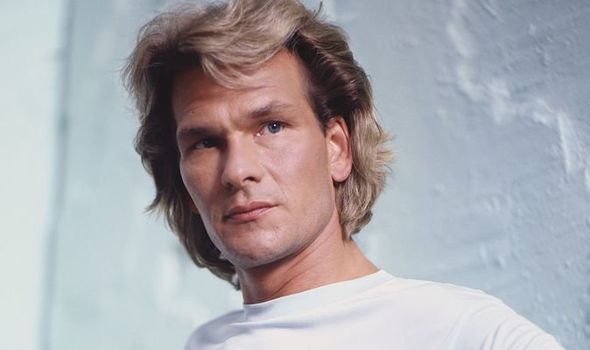 The lift scene in the lake was a challenge due to the cold but shouldn’t have been a struggle in physical or safety terms, with the water preventing the risk of falling and damage.

Gray was actually afraid of doing the final overhead lift in the ballroom at the end of the movie and refused to even rehearse it more than once.

Swayze had more agonising issues to deal with in the lake and throughout the shoot.

He said: “Because most of the cartilage in my knee was gone, the bones were just grinding painfully on each other.

“And despite the fact that Jennifer was very light, when you’re lifting someone in water, even the skinniest little girl can feel like 500 pounds.” 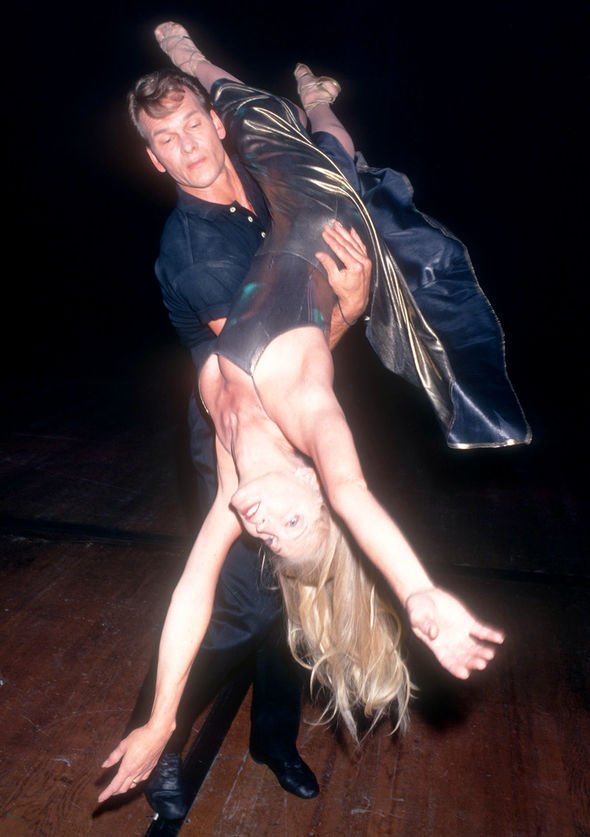 Without whatever support the water would give, these problems became magnified doing the lifts indoors or when Swayze’s Johnny was teaching Baby balance on the logs. He fell off repeatedly and his knee swelled up so much it had to be drained.

The painful injuries dated all the way back to Swayze’s teenage years when he was a promising high school football player and sustained major damage to his left leg.

He turned to dance and gymnastics to strengthen the joints and swapped a promising sports career for dance, training with the Harkness and Joffrey Ballet companies in New York City before graduating to principal dancer with the Eliot Feld Ballet Company.

But disaster struck when he was 24 and doctors warned he had been close to having the same leg amputated.

In 1976, a tooth abscess led to a severe staph infection in Swayze’s bloodstream and settled in his bad leg.

Doctors treating the dance star at the time said it had been touch and go, with urgent treatment needed to counter the infection otherwise his left leg would need to be amputated after a week before the situation became life-threatening.

Swayze, typically laconically, said: “That was a miraculous one to make it through.”

When he shot Dirty Dancing a decade later, the star was still troubled by pain in his leg which was exacerbated by the strenuous choreography and the incredibly tight 43-day filming schedule.

That nobody watching would have the slightest clue, is a testament to how effortless Swayze made it all seem.