The pregnant Peaky Blinders star was spotted on a walk with her actor fiancee and their beloved pupper, Buddy, 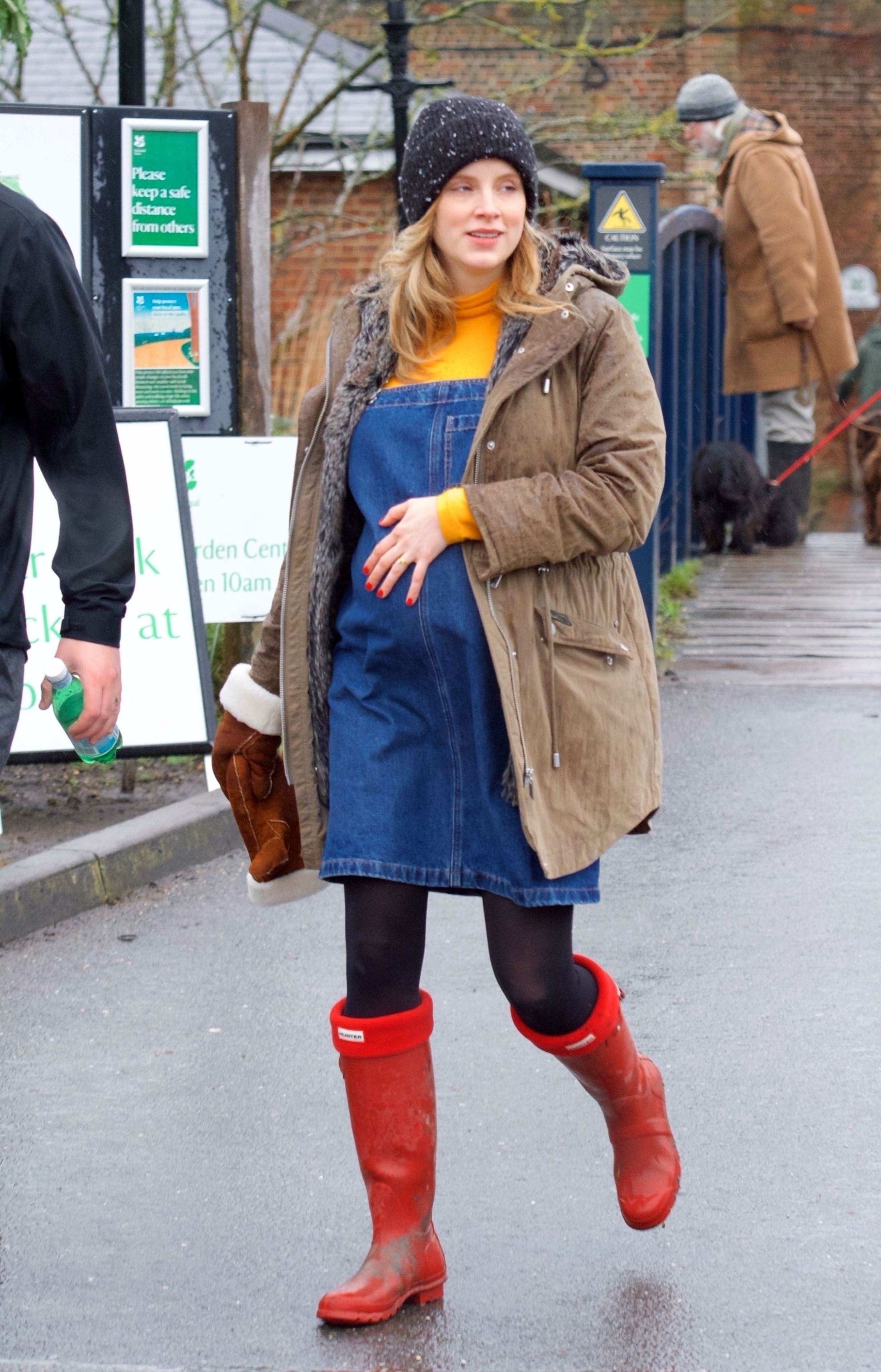 While the pair were rugged up to protect themselves from the harsh winter cold, it was a piece of bling on Matt's hands that will set tongues wagging.

Sophie wore woollen lined leather gloves to keep out the cold, but Matt chose to leave his hands bear, showing off a gold wedding band on his left ring finger.

She completed her winter ensemble with a khaki coat, while Matt opted for grey tracksuit, blue jacket and baseball cap for their walk. 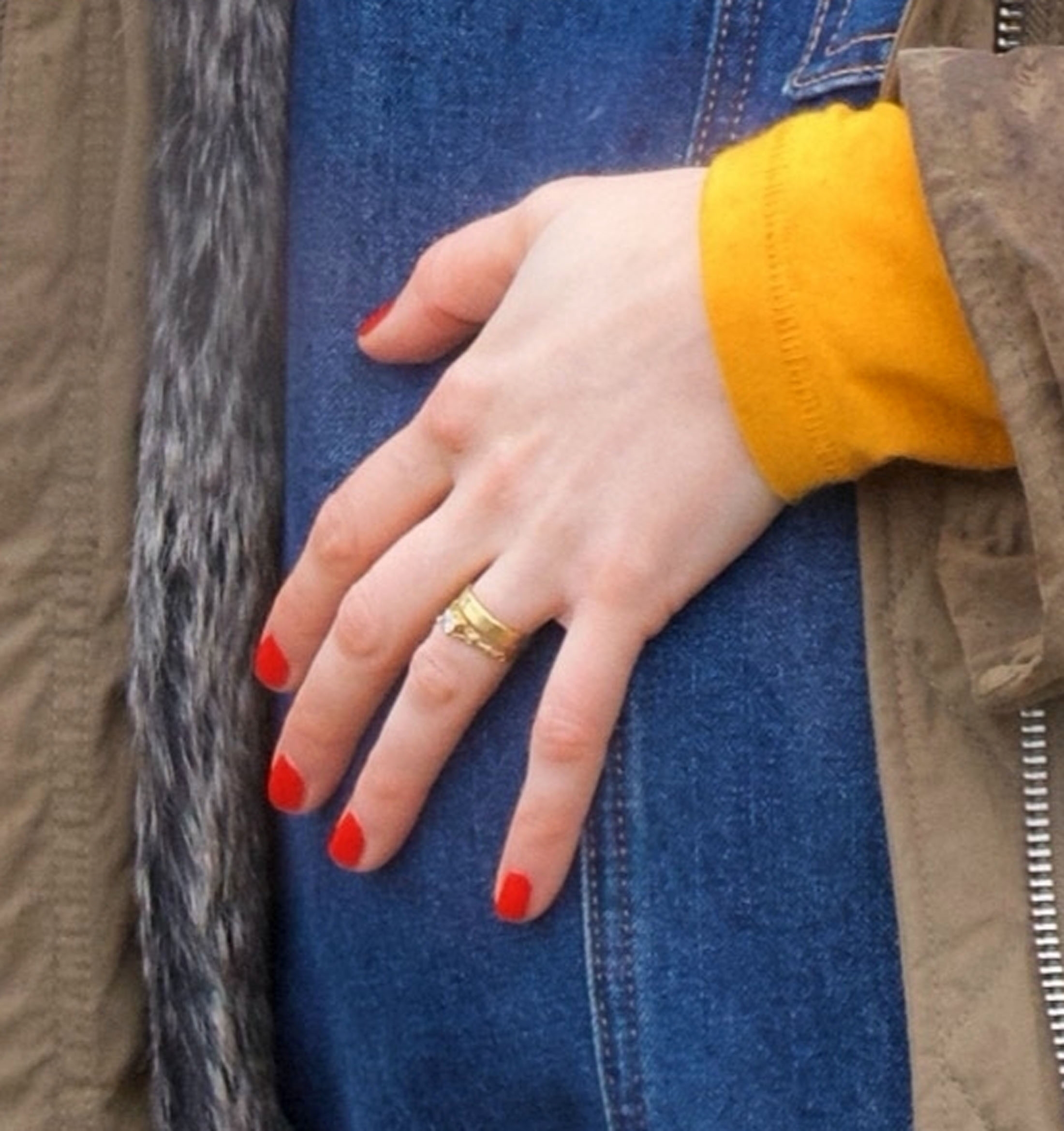 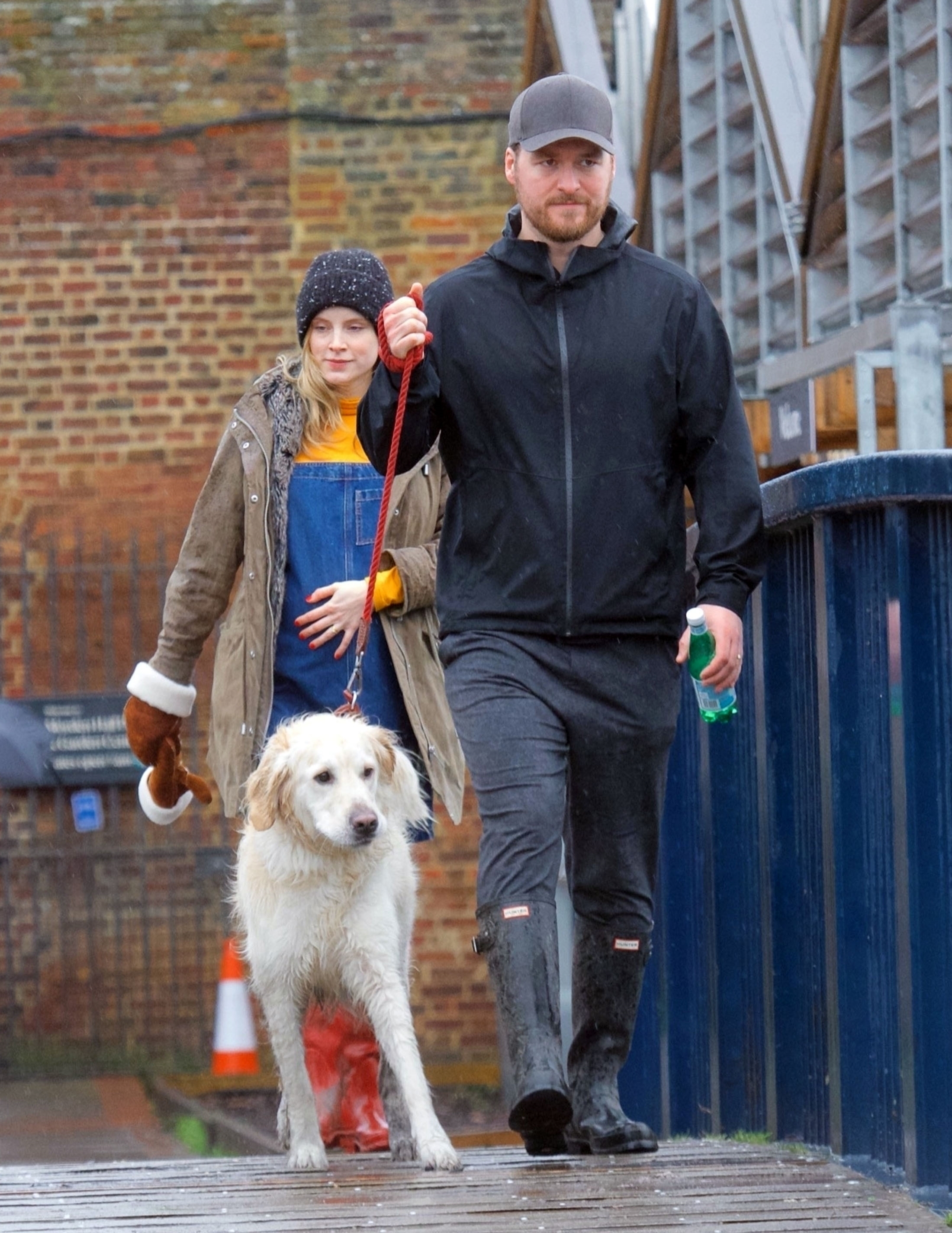 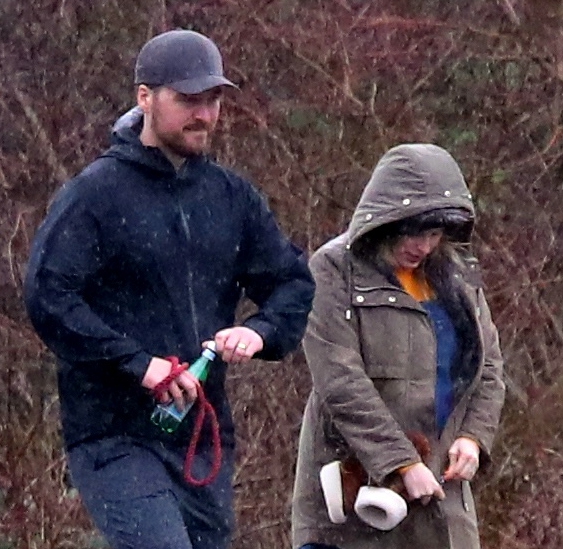 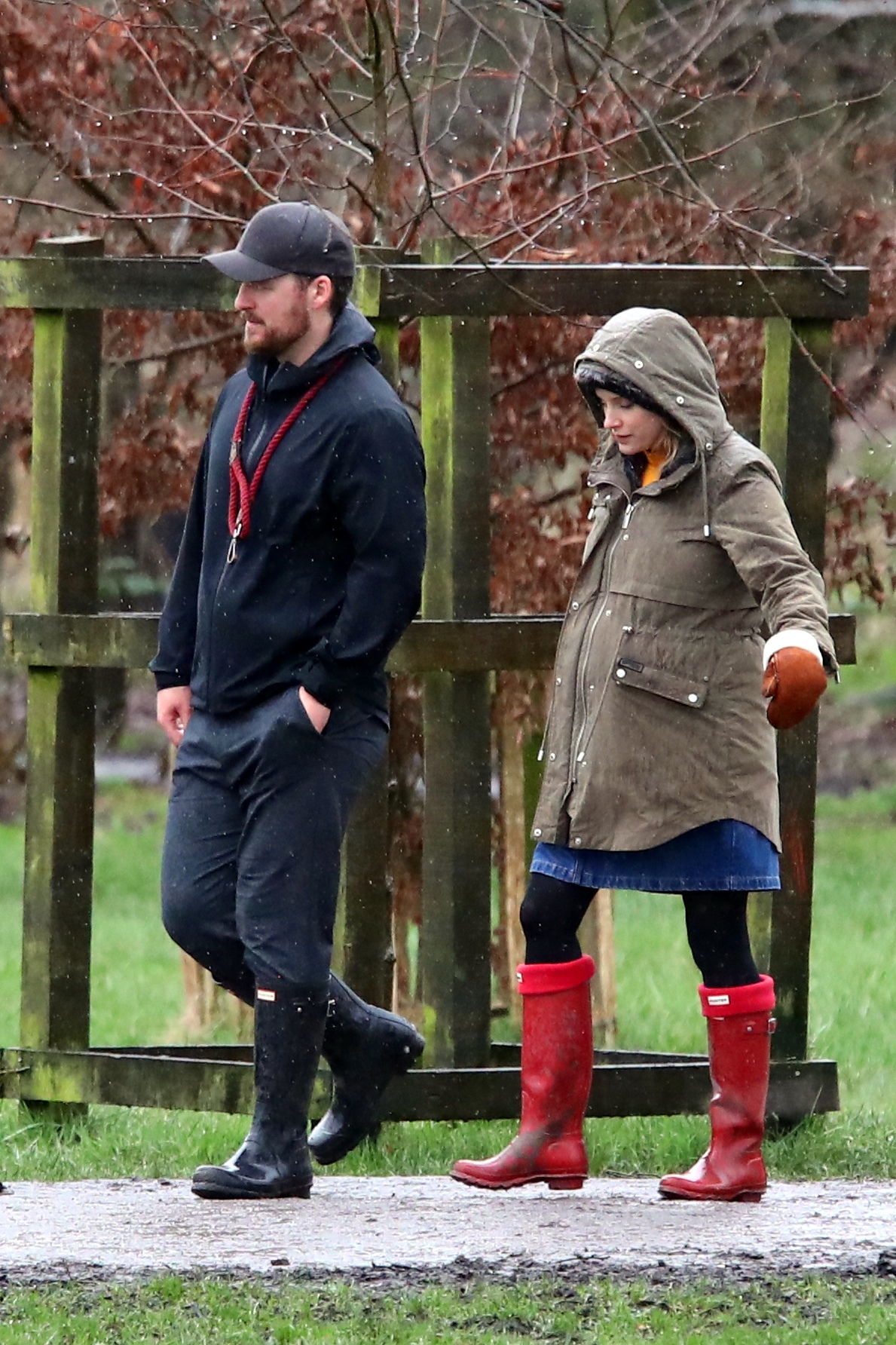 But when she briefly removed her gloves, Sophie revealed a simple wedding band underneath her engagement ring.

Rundle this week revealed she's pregnant a month after the rumours she married in secret.

After speculation that the pair were expecting, the star confirmed the rumours with a couple of snaps on her social media page. 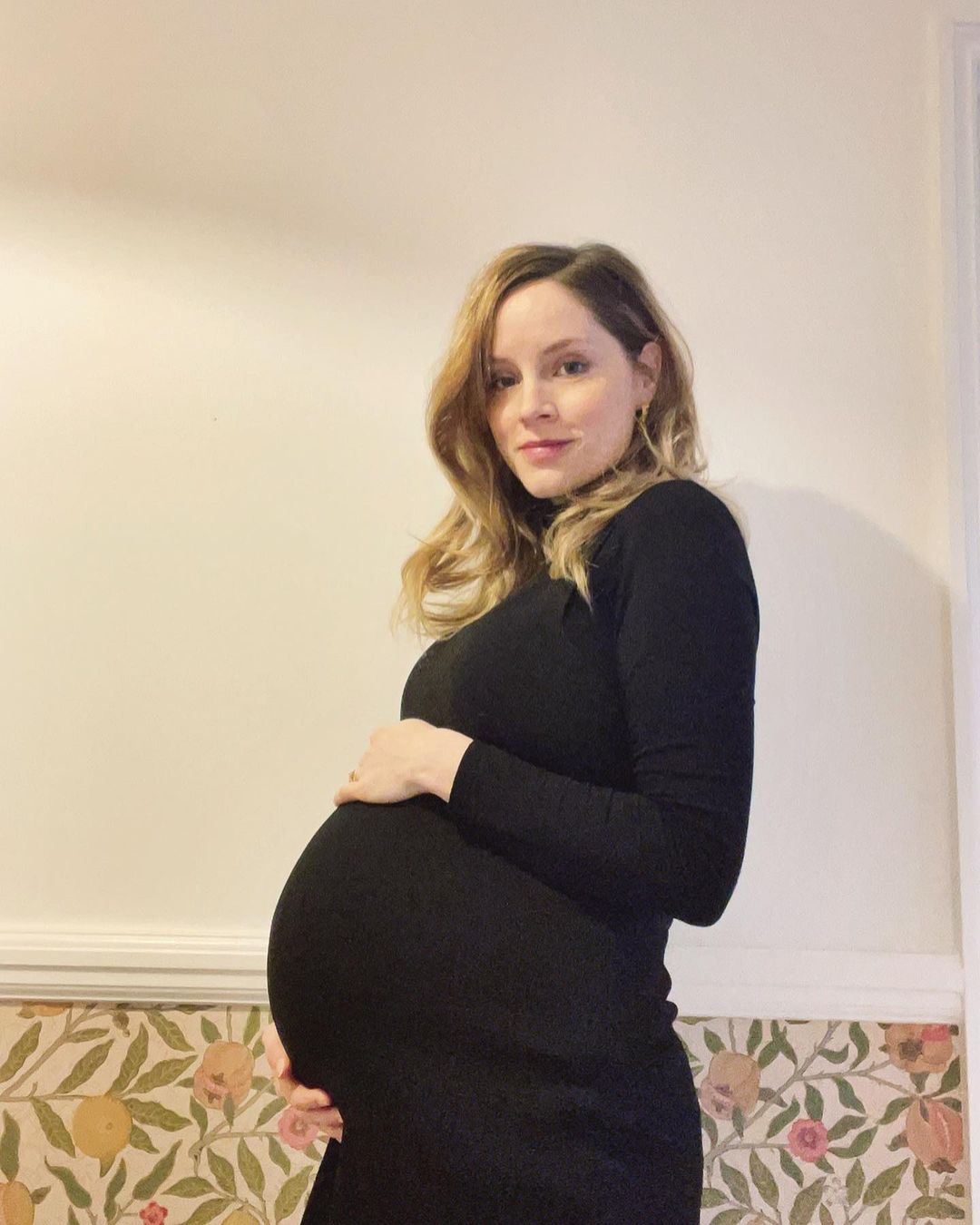 The mum-to-be looked glowing as she cradled her growing bump in a tight black dress whilst posing in front of a white wall.

Sophie rocked a face of natural make up, her hair styled into some loose waves and some gold jewellery to complete her classy look.

She captioned the post: "New friend on the way. Arriving here with the daffodils and the sunnier days of spring 🍼🌞. 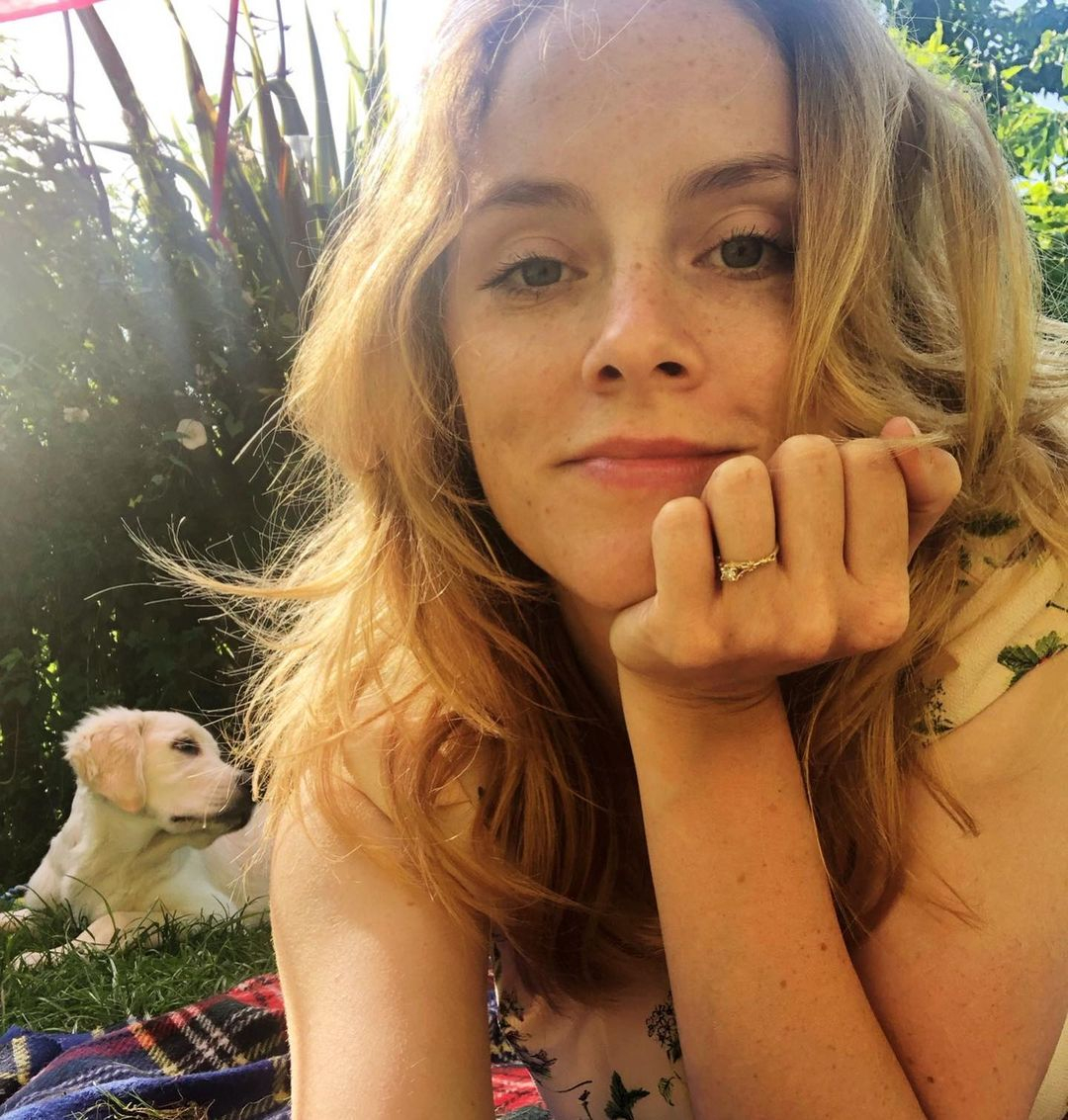 After meeting on the set of Sky One drama Jamestown back in 2016, the pair have been inseparable and got engaged three years later.

Speaking out about the news at the time, Sophie said: "We got engaged a couple of weeks ago. The whole wedding thing is weird, though.

“Everyone expects you to be desperate to be a princess for the day… that’s really not my scene.” 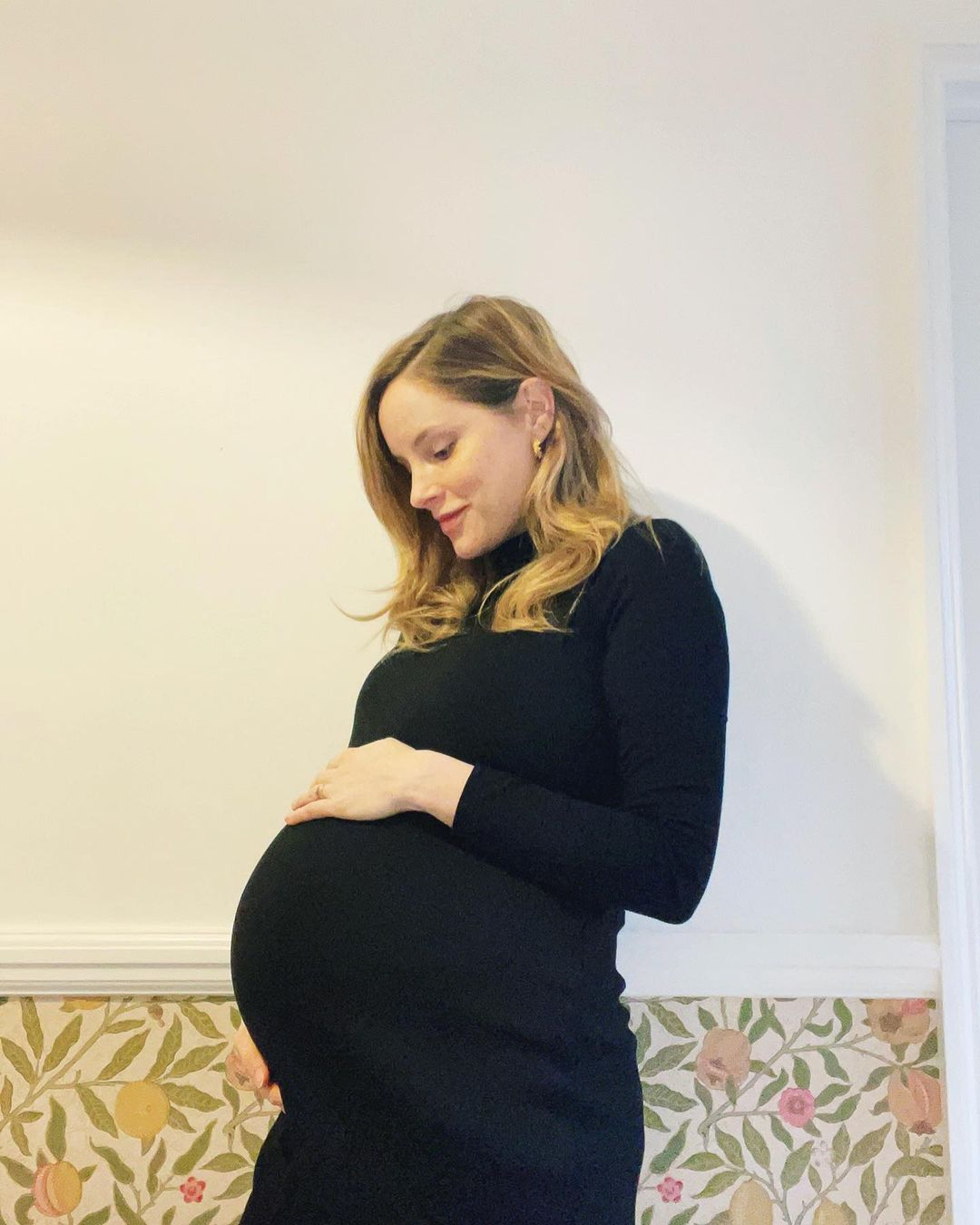 Since shooting to fame in 2007, Sophie has appeared on a variety of different shows including Peaky Blinders, Bodyguard and Line of Duty.

Earlier this year she appeared in The Nest, but fans are eagerly awaiting for the second season of Gentleman Jack.

The star was spotted filming for historical drama late last year just before she shared with fans that she had caught coronavirus.

She wrote on Instagram: "so for Christmas this year I got myself a nice juicy bout of Covid-19."