Hours after welcoming their third child into the world Prince William and Kate Middleton stood on the steps of St Mary's Hospital, London to greet crowds. 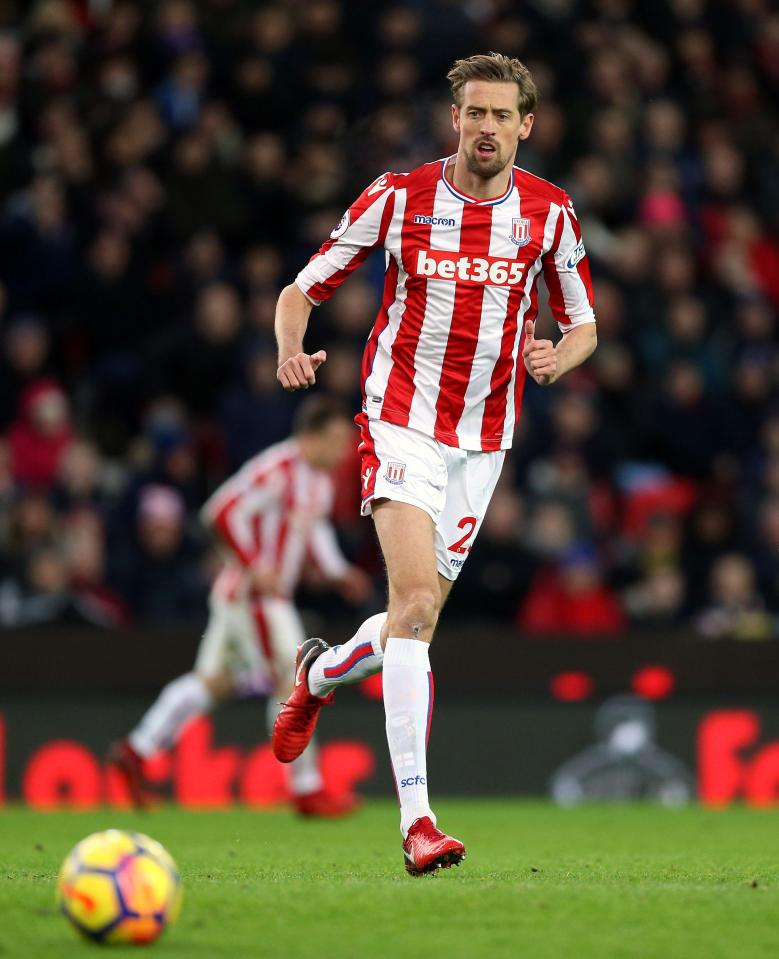 Kensington Palace tweeted a simple yet endearing: 'Welcome to the family' beside a snap of Wills and Kate waiving to crowds on a balcony.

The Stoke striker saw an open goal to make a quip about his height from the ambiguous tweet.

Retweeting the Palace's tweet the 6ft 7in footballer wrote:"Congratulations! It was a pleasure sharing your big day with you ?? x"

The joker's tweet racked up near 160,000 likes and tens of thousands of retweets by fans. 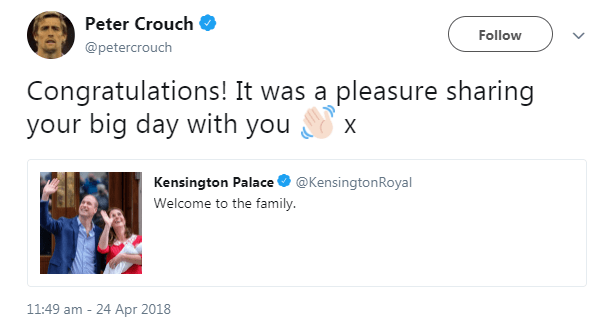 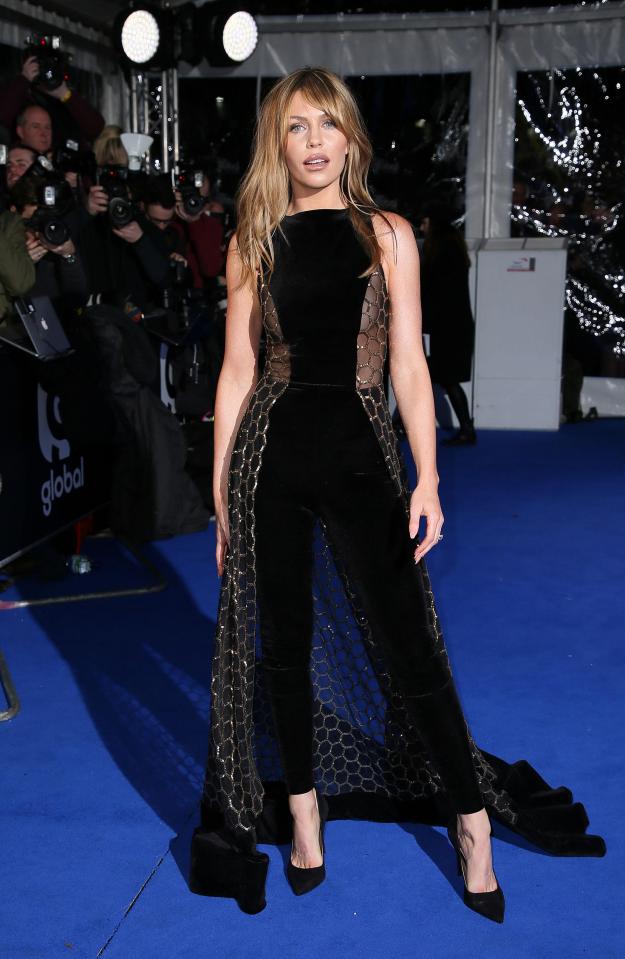 But hours after the quip the striker's wife saw her chance to bring him down a peg or two.

The mum-of-three replied: "Why are you never this funny at home ???"

Abbey's scathing reply was met with joy from those on social media.

Despite being quick off the mark rival club Crystal Palace manged to pip Crouchey to the post with its epic royal baby joke.

On St George's Day the country was swept with royal baby fever after Kate Middleton gave birth to an 8lb 7oz Prince. 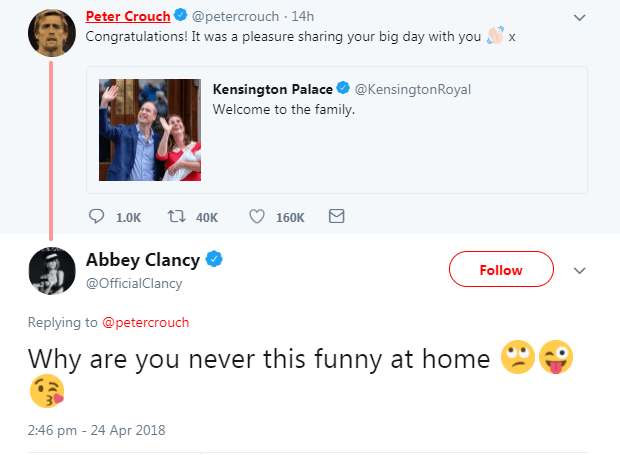 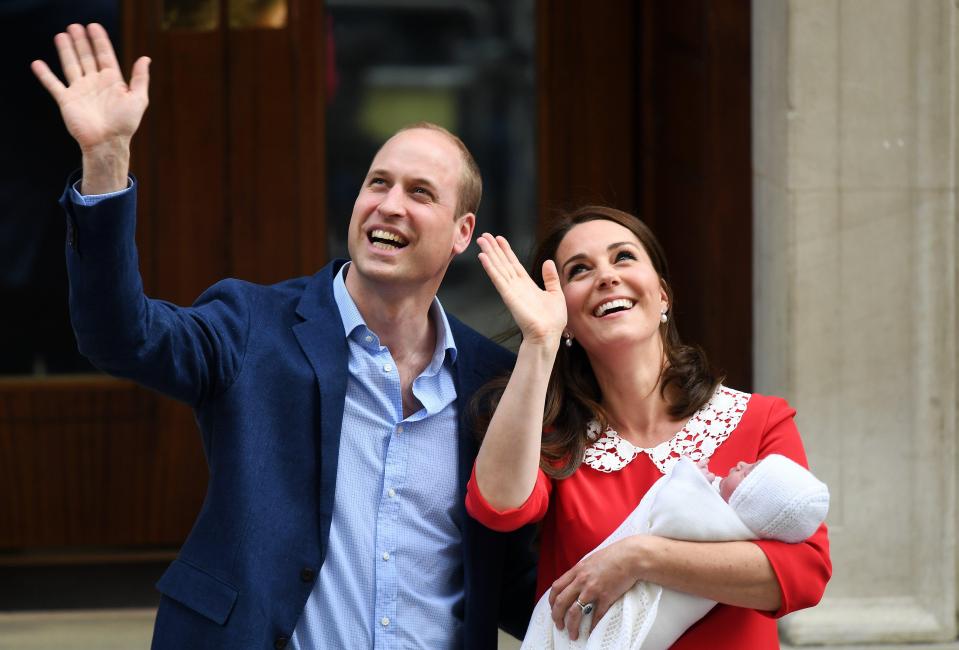 He greeted the world cradled in the arms of his mum, who proudly wore the red and white of England’s patron saint.

The proud parents beamed as they introduced their second son to the world, with Prince William gesturing to cameras with three fingers up, joking: "We are very happy, very delighted — thrice the worry now! We didn't keep you waiting too long this time."

Prince George, 4, and Princess Charlotte, 2, were all smiles as they arrived to meet their younger brother yesterday afternoon.

While the royal siblings visited their mum and newborn brother in hospital grandmother Carole Middleton was snapped buying potential baby supplies in nearby west-London.

Speculation now surrounds what the Duke and Duchess of Cambridge will name their third child with the likes of Arthur and Philip among the bookies favourites.