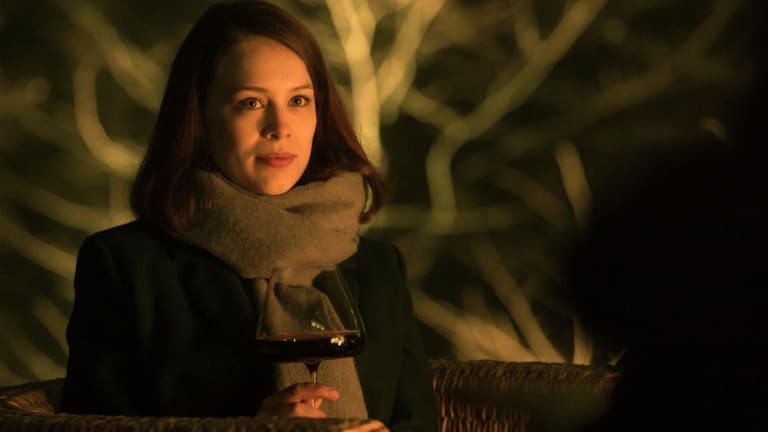 The title of this German thriller is a little understated given its excoriating portrayal of the financial sector – perhaps something has been lost in translation – but it's certainly timely as the Royal Commission into Misconduct in the Banking Industry plays out locally.

Bad Banks is set mostly in Luxembourg and Germany, but its relevance is global. It follows a young and successful investment banker, Jana Liekam (acclaimed young German actor Paula Beer), who finds herself unceremoniously fired from Luxembourg's prestigious Credit International Financial Group. But not for bad performance: Leikam is a rising star but she made the critical error of showing up her arrogant, coke-addicted boss, Luc Jacoby (Marc Limpach), in front of clients. And Jacoby just happens to be the boss' son.

Jana seems to have an ally, though, in department head Christelle (Desiree Nosbusch), who lands her a potential dream gig at a rival firm in Frankfurt. This means Jana will need to leave her partner Noah (Jeff Wilbusch) and his young daughter behind, but as well as a career boost, it will stick it to her former employers; she's tasked with beating the colleague who had her fired to the endgame of a project.

But Christelle's motives are not as they seem – she's not giving a sister a helping hand in the male-dominated world; things are more nuanced than that.

In Frankfurt, Jana instantly impresses her boorish new boss Gabriel Fenger (Barry Atsma) who admits he doesn't really understand the complex world of global finance because "nobody really does"), but she's still stuck in another boys' club. On a night out with her team, there's some tense bonding with the only other female colleague, who sums up the gender differences in the industry.

"Women don't work together or form groups – they don't go to brothels together. We'd rather pretend we hate each other and destroy each other."

The job itself seems promising – until Jana realises that Christelle is no feminist role model trying to help her smash glass ceilings, but is in fact, just another morally bankrupt player who expects inside information in exchange. While Jana isn't averse to using inside information, she's torn between her new employer and what seems tantamount to blackmail from Christelle. Given the other goings on among her employers, it's just another day at the office, really; nobody in Bad Banks has an entirely clear conscience.

While initially it seems we're wide-eyed Jana will be destroyed by the greed and sexism of her industry – the coldness of which is echoed in the muted colours and icy electronic soundtrack – it becomes clear she's as hungry for power and success as those manipulating her.

But can she play the game without it breaking her? While there's lots of finance jargon and business speak, an understanding of banking isn't necessary to follow Jana's journey (even after four episodes I still don't understand what a catastrophe bond actually does). Bad Banks is a universal story of greed, power and manipulation. KN